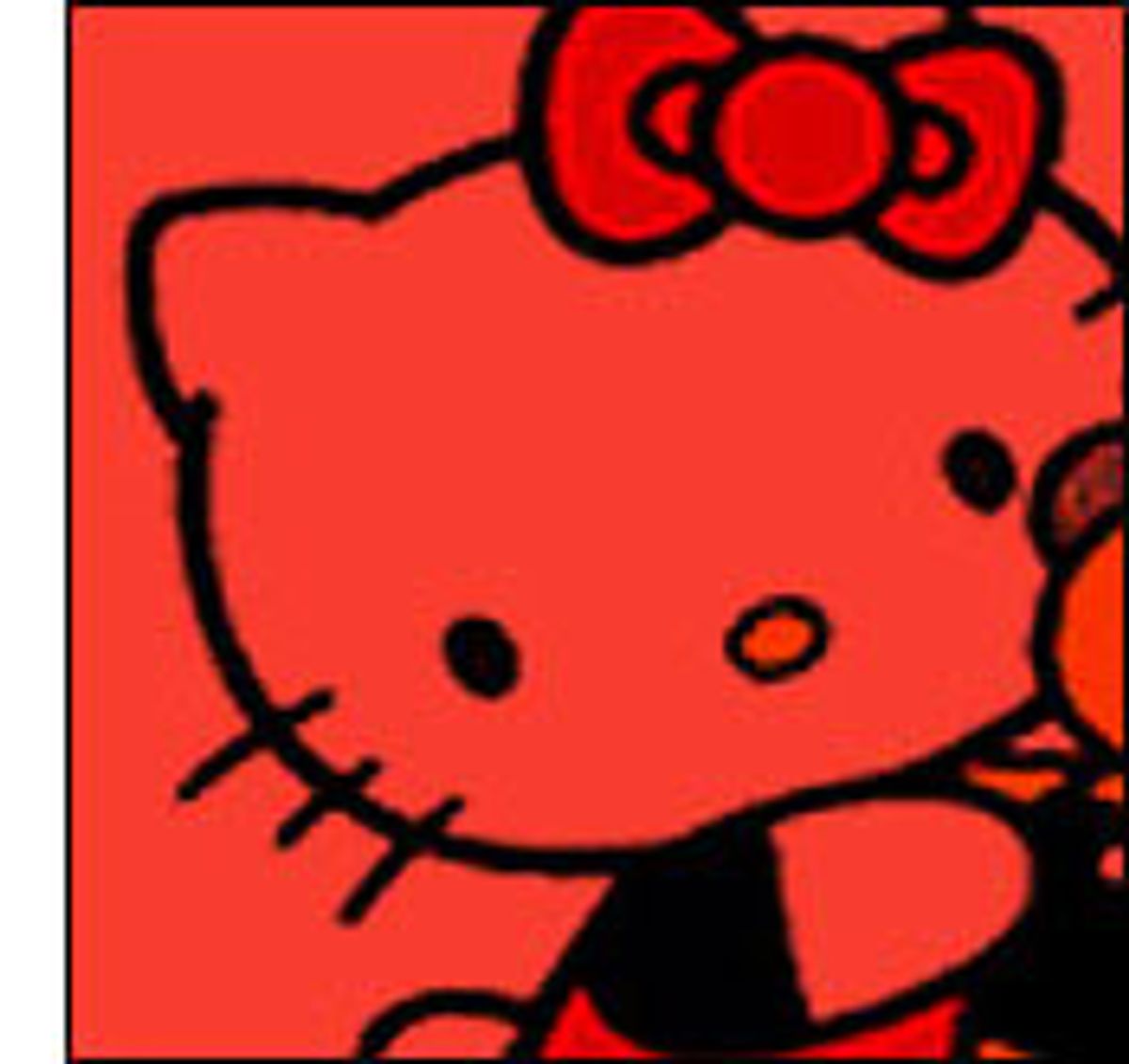 Things are getting out of hand in strait-laced Singapore lately, and it's
all because of Hello Kitty, the round-faced cartoon cat with no mouth. On
New Year's Day, the city-state's 113 McDonald's outlets began a six-week
promotion that offers customers a different pair of Hello Kitty characters
each week when they purchase an Extra Value Meal.

Since then, passionate consumers -- mostly teenagers -- have stormed the chain's outlets, offering to pay as
much as S$200-$300 (U.S. $119-$179) for each set of the limited-edition
dolls, according to Singapore's the Straits Times. Arguments and fistfights
have broken out in the long lines, and on Jan. 13, seven people were
injured when a mob pressed against one franchise's plate-glass door and
shattered it.

In an Associated Press report, McDonald's marketing director Fanny Lai
pleaded with Hello Kitty fans to "keep calm" and "follow the directions of
our staff on the scene." To make sure they do, the burger chain has brought
in police to watch over things -- which means Hello Kitty fanatics had
better control themselves. In Singapore, gum chewing and public drunkenness
are illegal, caning is a common punishment and possession of narcotics
carries a mandatory death sentence.

Hello Kitty and her round-faced friends -- Monkichi, Pippo and Spottie
Dottie -- have become a worldwide phenomenon since they were created by Japan's Sanrio Company 25 years ago. Today they adorn everything from purses to waffle irons.