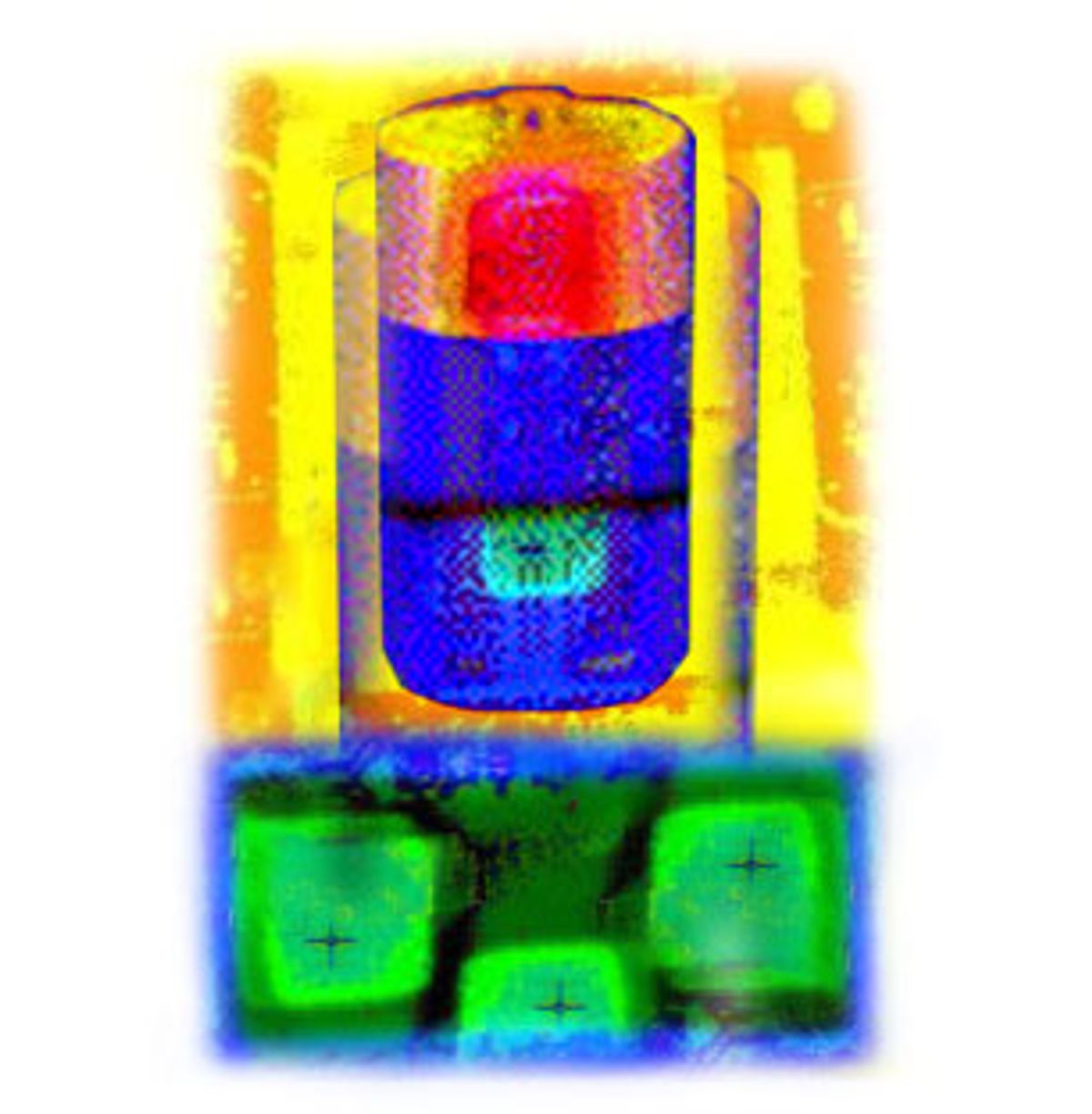 After driving past the stone griffins that line the road to the ultra-posh Villa Montalvo, nestled in the hills of Saratoga, Calif.; after the free valet parking for what seemed like every tech journalist, microchip analyst and curious venture capitalist in Northern California; after the crowd-pleasing Linus Torvalds sighting; after four and a half years of stony silence, Transmeta Corporation finally revealed on Wednesday the truth behind what has been called the best kept secret in Silicon Valley.

Anticlimactic? Not really. Transmeta's technology -- a mixture of software and hardware innovation -- is pretty darn cool, at least according to some of the visibly excited chip designers in attendance, and may well turn upside down the standard for how cutting-edge computer hardware is created. And let's face it, longer battery life may not be the sexiest thing in the world, but we all still hunger for it. If Transmeta delivers on its promises, a world of airplane-flying, laptop-pounding, spare battery-lugging computer users will be eternally grateful.

Still, after all the hype, all the wild speculation, all the hopes and dreams (Transmeta will overthrow Microsoft/Intel hegemony, Transmeta will deliver the fastest chips ever dreamed of, Transmeta will end world hunger and abolish poverty) -- it was a bit of an eye-opener to see half a decade of intensive work by a world class team of hardware and software engineers packaged and marketed as a cheap, energy saving device.

Sure there was plenty of talk about "code morphing" software and "smart microprocessors" that can optimize their performance on the fly. But the key, apparently, to Transmeta's business plan is to design chips that use so little power that computer manufacturers will be unable to resist incorporating them in their new devices. While Daniel Defoe's Robinson Crusoe spent years stranded on a single island, lost and alone, Crusoe chips will be everywhere that power outlets are not. Is this the revolution we've all been waiting for?

In a way, yes. Transmeta is an odd bird, a throwback to an earlier generation of Silicon Valley start-ups that is playing by the rules of the brand new Internet game. Your average Internet start-up promises a revolution, but usually just delivers a clever Web site and a stunning IPO. Hype rules, and the successful manufacturing of buzz is sometimes all you need to pull off the "big win."

Transmeta, thanks in part to hiring Linux creator Linus Torvalds, and in part to maintaining secrecy in an environment where everyone else is mouthing off, has managed to cash in on the current go-go nuttiness. The press conference was a major league infotainment event -- complete with CNN cameras and a live Quake duel between Torvalds and Quake co-author Dave Taylor, dressed in tails and leather pants. (Sorry Linus fans, Linus got fragged, repeatedly, in a game so short as to be almost unseemly.)

But Transmeta, despite aiming its chip at the Internet world, is not actually an Internet start-up. It's a chip company -- it makes the guts of a computer, and as such, it is the proud inheritor of the valley's glorious past. The Net would not have been possible without the hardware companies that built the real computer revolution, chip by silicon chip.

And what is that revolution truly made of? Getting power to the people, right? Extending battery life might sound prosaic, but when you get right down to it, how better to improve our computing lives? How better to realize our science fiction dreams, than by making computers that are smaller, faster, cheaper and less power hungry.

Transmeta's central innovation had chip designer John Wharton, who once worked for Intel and now teaches at Stanford, joking about asking his old friend Dave Ditzel, CEO of Transmeta, for a job application.

Traditionally, semiconductor companies have solved design problems by focusing, not surprisingly, on adding ever greater levels of complexity to the hardware. Transmeta has taken a quite different approach. Transmeta's goal is to keep the hardware as simple as possible, and do all the complex work in software.

"They are really taking a fresh look at the problem," says Wharton. "They've eliminated a lot of the constraints put into place by hardware limitations ... I'm impressed."

Transmeta's software -- trademarked under the name "code morphing" -- acts as an intermediate layer between an operating system and a microprocessor. When a user runs Microsoft Word on a Windows box or Star Office on a Linux box, Transmeta's software translates the "instructions" from the software application into a much more compact form that Transmeta's stripped down hardware can understand.

There are a number of advantages to this approach, not least that keeping the hardware simple means that the chip uses less power. Less power doesn't just mean the battery lasts longer -- it also means that less heat is generated, so laptop manufacturers, for example, might not have to include space-wasting fans and other equipment aimed at dissipating heat in their devices.

But the single most impressive point, as chip consultant Richard Belgard noted, is that Transmeta's chips can be fixed or upgraded much faster than standard chips. If there is a bug in an Intel Pentium chip, the silicon itself needs to be fixed, a process that can take months and requires physically replacing defective chips. But when software is doing most of the work, a bug can be fixed more easily, and even better, the improved software can be incorporated into a defective chip without having to recall the hardware. Torvalds predicted that eventually customers will be able simply to click on Transmeta's Web page to get their chips fixed, or, even better, upgraded.

So maybe Transmeta is an Internet company after all, because that kind of product improvement cycle certainly operates on Internet time, and the oft-stated goal of the company is to make the Internet -- full motion, full color, full sound -- an everyday part of our lives, whether we're on a plane, on the road or even in the bathroom.

One of the possible Crusoe-incorporating products demoed at the Transmeta press conference was a sample "Web pad," a flat slate about the size of an 8-by-11 sheet of paper. Essentially a portable Web browser running on a very compact version of the Linux-based operating system, the Web pad looked less like a computer than a really high-powered Etch-a-Sketch. But it was hard to imagine not wanting one.

It was also hard to imagine not wanting what will come next. Web pads ever slimmer, perhaps even foldable, like a magazine or newspaper. Wireless, Internet-connected devices that weigh next to nothing but have the full power -- and more -- of today's desktops. Even if Transmeta itself doesn't enable the computer consuming devices of tomorrow, it is companies like Transmeta that daily bring that future closer. This is about more than just a clever Internet start-up, about more, even, than Transmeta's inevitable IPO -- it's about the little advances that bring the big picture into focus. And that, finally, is worth shouting about, after all this silly silence.