The perilous pepper of Phnom Penh

A newcomer to Cambodia finds that the way to a stranger's heart is through her stomach. 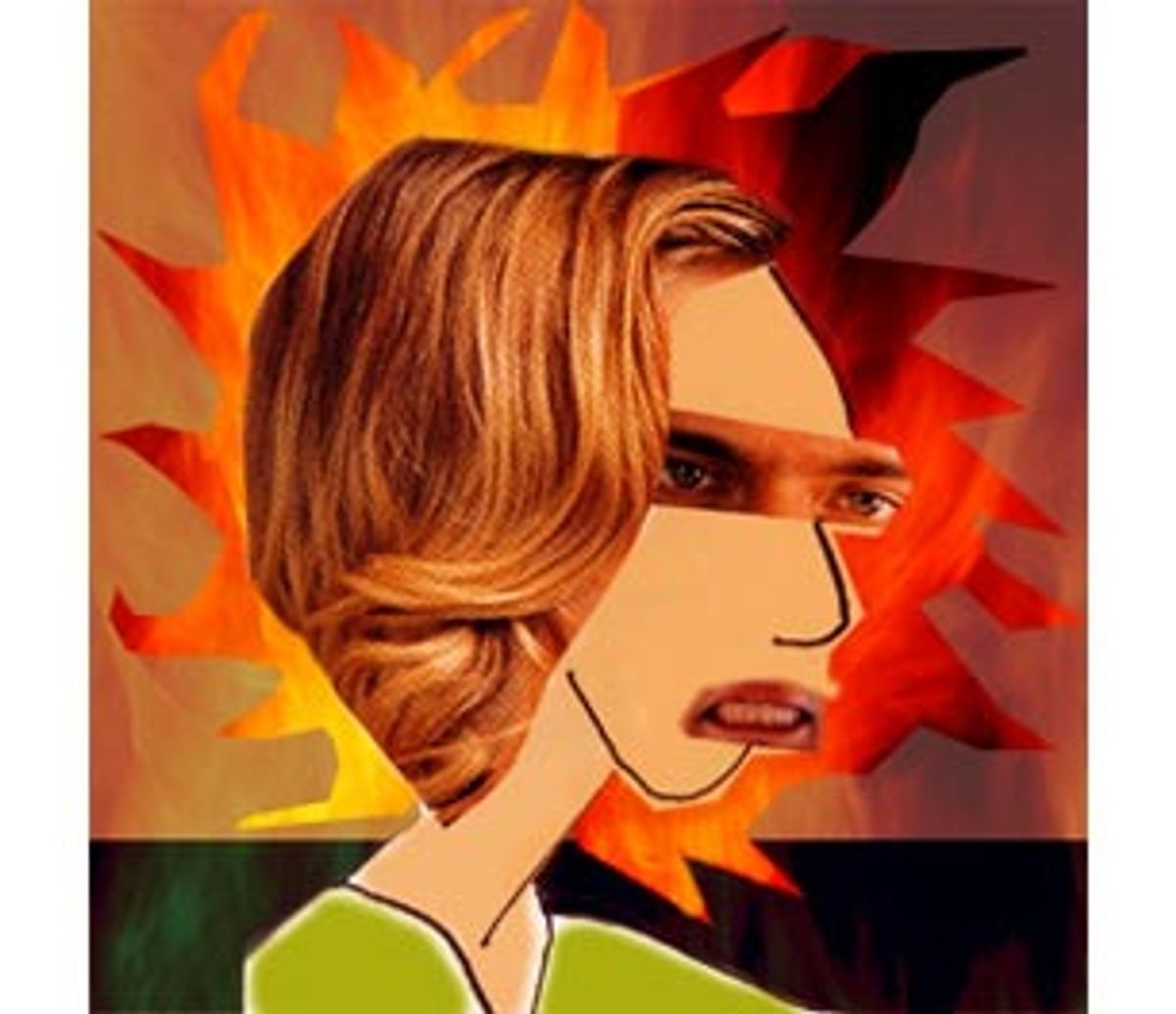 Just what does one wear to a Nepalese dinner party, I wondered. It was my first social event in Asia, and I was anxious to make a good impression. I'd arrived in Phnom Penh, Cambodia, only two days before, and I stood before my narrow wooden closet still in the evil clutches of jet lag. The closet was not quite big enough to hold a 5-year-old on a time-out, otherwise I would have ordered my tired, grumpy self inside for a while.

The sensory overload of the last few days had begun when I got off the plane at Onchentong Airport and had my passport scrutinized by a soldier with a pinky nail so long I thought of asking the guy if he'd ever heard from the folks at "Ripley's Believe It or Not." The nail curved around and around on itself, a giant mollusk that I'm sure made ocean sounds if you got close to it.

Once I got outside the airport, the crowds of the city -- hurrying to catch up with the rest of the Asian tigers -- left me frazzled. And with my first outing, a walk across the street to buy a loaf of bread, came the realization that living in this city would require getting acclimated to life in a sauna. It reminded me, too, of one of the cardinal rules of the developing world: If being gawked at like an American Indian shipped to England to entertain the court for the winter season tends to unhinge you, perhaps you really should be living in Dayton.

My boyfriend's arrival in Phnom Penh had preceded mine by three months. During that time, he'd become friendly with his Nepalese boss, Nabindrah. Nabindrah and his wife Lilah lived nearby, and they would brook no excuses -- we were expected at their place for dinner tonight at 7. No matter that the party was going to be about the 16th new experience I'd had in three days. No matter that I felt up for nothing more strenuous than sipping a Tsingtao beer on the rattan sofa we'd just bought that afternoon. No matter that most of my things were being shipped from the States, leaving me at present with a wardrobe as limited as a Shaker's.

Chris appeared at the bedroom door and said, "casual." I glanced back at the clothes and grabbed jeans and a white T-shirt. After all, I figured, I'm an American -- might as well go in native costume.

While we were en route to the Nepalese dinner party, the lights in the city went out. There are frequent brownouts in Phnom Penh during the day, and nightly blackouts -- unannounced, to help Phnom Penh live up to its reputation as the Wild West of Asia -- are not unusual. Because of the lights being out, I never did actually get a look at the inside of Nabindrah and Lilah's apartment that night. Like a contestant in an unending game of pin-the-tail-on-the-donkey, I spent the evening feeling my way around.

It began with groping our way up three flights of steep concrete stairs. Nabindrah, who had spied us from the balcony, stood with other guests and shouted encouragement to us. "Come on. We're up here on the top of the mountain," he sang out. When we reached the summit, we were joyously received by about 10 Nepalese adults and at least twice as many children. There were in fact so many children that my first confused thought was that Nabindrah and Lilah were running some sort of a high-altitude day-care center out of their home. Every adult woman had a baby on her hip. I waited to be assigned mine -- would the child like me? -- but it never happened, which was a bit of good luck in that I'd already begun the infernal sweating that was to occupy my thoughts for much of the evening.

Deciding to wear the jeans was the dumbest fashion decision I'd made since buying a shirt made out of a flour sack at a market in Costa Rica. I glanced around at the Nepalese women in their gauzy outfits and felt a severe case of sari-envy coming on.

Chris was saying, "This is Rosemary," and I began shaking hands, sure that everyone there had figured that "Rosemary" loosely translated meant "tall sweaty woman." The sweat was so profuse as to be alarming. It slid down both sides of my neck, joined up at my throat for the mad rush through the ravine between my breasts, then made its ticklish way down to my abdomen. Before the introductions were completed, my shirt -- that foolishly chosen white shirt -- and jeans were suctioned to my body. My clothing felt exactly like it had the time I'd fallen through the ice while skating on Chandlers Pond two decades earlier.

I set about learning names, names that didn't exactly trip off my tongue. I remember being immensely grateful to a guy named Krishna simply because his was a name I could easily commit to memory. I was polite about the children, grabbing their little fists and exclaiming, "Aren't you cute!" The children stared back at me, then turned away or looked at the adult holding them as if to say, "What's up with this one? Why is she dressed for a wet T-shirt contest?"

The candlelight that stood between us and total darkness dominated the conversation at first. A breeze came in from the open sliding glass door, ineffectual but enough to extinguish the brave little collection of candles with one especially energetic gust. We stood in the dark and made nervous jokes while Nabindrah relit them. In the meantime, Lilah and a small army of women, all apparently equipped with some sort of night vision, transported tray after tray of food to a table in a corner of the room.

Food seemed like a terrible idea to me at that moment. I'd have preferred a fan. Yes, that was it. I wanted to lie on a bed with a fan blowing my hair around, Cosmopolitan magazine style, and I wanted to sip some temperature-lowering potion, preferably on the rocks. Instead I smiled as I took the warm beer that Nabindrah handed me, saying as he did so, "I hope you do not have a problem with warm beer, Roseann. This is the third world, and Frigidaires are reserved for the elites."

"Oh, no," I assured him, electing not to tell him my name wasn't Roseann because I wanted some leniency with all the Nepalese names in the room. "Warm beer is fine. Really, I prefer warm beer." To myself I thought that it was unlikely we'd be having ice cream for dessert.

Lilah stood in the middle of the room and flicked a Bic lighter off and on to get our attention. "Dinner is served. It is to be buffet style," she announced. "Please follow me." She then stationed herself at the corner of the serving table, where she supervised the food distribution with the fierce attention of a U.N. relief worker handing out care packages. She let each guest ladle out their own dinner before leaning over and doubling whatever amount was on the plate. To me she said, "Oh, Rosebud, you are too thin."

I stood obediently and watched as Lilah plopped a scoop of something with a name like "Poker Gal" onto my plate. I fumbled my way to a sofa and sat next to Chris. "I know this is hard," Chris whispered, nodding at the wedding cake-sized mound of food on my lap.

"Oh no, honey, it's not hard, but my body is too busy producing sweat to digest anything."

"Well, don't feel like you have to eat all that," Chris said, just as Nabindrah came over and squatted down next to me.

"How is everything?" he asked.

"I will tell Lilah you like it," he said.

"It's delicious," I said, opening my mouth and sticking in a forkful of the mystery meal.

It was at that moment that the beast was unleashed.

Because I never did get a look at exactly what it was I was eating, the fire that leapt onto my tongue came with the surprise of a shark attack. I'd always prided myself on my ability to enjoy hot foods. Bring on the jalapeños! Pass some of that gringo killer my way! Make those hot wings nuclear, thank you!

What a fool I had been. I now had one of the fires of hell in my maw in the form of some Asian pepper that made all of those cocky South American habañeros seem like something fit to put atop a baby's porridge.

My instinct was to try to swallow, figuring that would be tantamount to suffocating a fire by throwing a blanket on it. Alas, that only made the blaze spread. I could feel the fireball burning its way through my system. My eyes watered, the sweat on my chest sizzled and judging from the way a little girl on the floor nearby stared, I worried that whatever was passing through my body -- and at that point I was pretty sure it was a hot coal -- was glowing right through my shirt as it ricocheted around my intestinal tract.

It was the all-seeing Lilah who finally took note of my condition. "Oh, look," she said, pointing at me. All the Nepalese men, women and children turned their beautiful almond eyes on me, gazing in that immobilized way you might if you saw someone choking in a restaurant. Then Nabindrah sprang into action. He handed me a glass of water and said, "Roseann, you must drink as much as you possibly can." While I slugged down glass after glass, Nabindrah said, "That pepper was not meant to be eaten."

After an uncomfortable minute when everyone seemed content to stare at me drinking water, Krishna said, "New cuisines are an adventure," and went on to confess that he'd tried to eat the decorative banana leaf his chicken came wrapped in at a restaurant just last week.

Someone else talked about the roasted cockroaches that were served at a Khmer wedding reception the week before. The crowd had found common ground, and the heat, so to speak, was off me.

On the walk home, Chris and I made several dumb fire-related jokes. He told me the evening had been a trial by fire. I imitated Nabindrah saying, "That pepper was not meant to be eaten."

And yet, maybe that pepper was meant to be eaten. In addition to evacuating my entire system within an hour, it burned the barriers to relaxed conversation to the ground. By the end of the evening, my picking of the pepper had become not only a joke but also the foundation for friendships with some of the people we met that night. After all, what is friendship if not knowing someone well enough to mercilessly kid them about a near-death experience?

Rosemary Berkeley is a freelance writer.