A Spanish village debates its festival tradition of tossing a goat off a tower. 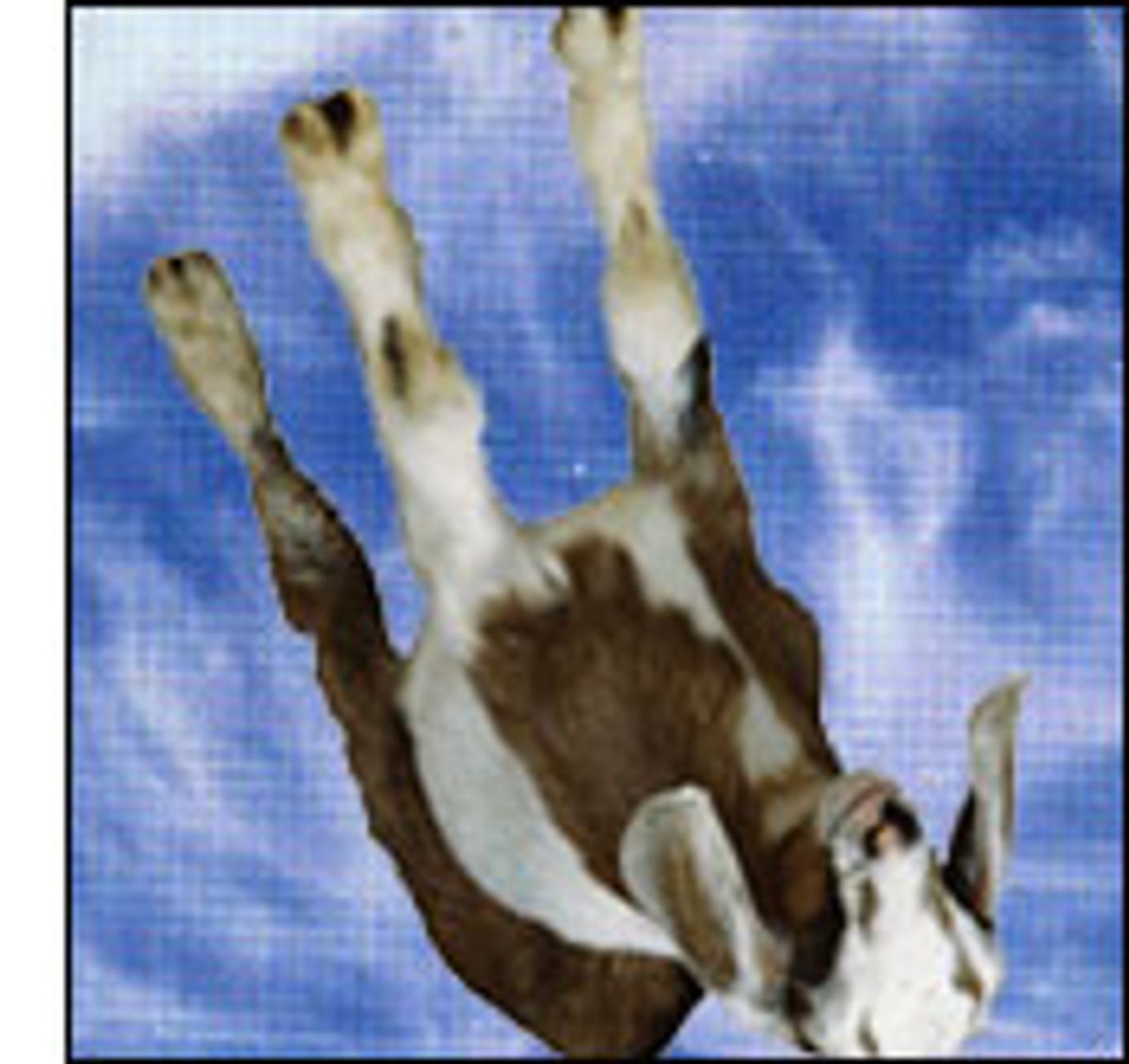 Each year since the 18th century -- or since the 1980s, depending on whom you ask -- the Spanish village of Manganeses de la Polvorosa has kicked off its annual San Vicente de Martir festival, in honor of Saint Vincent, the town's patron saint, by dropping a live goat from a 50-foot church belfry.

The tradition began when a priest's goat whose milk was donated to the needy fell from the bell tower but was miraculously saved by the village poor, who caught the beast in a blanket.

Or it began when a wily goat stole up the steps of the church to feast on food left for the doves, lost its footing, fell, landed on its hooves and disappeared into the woods. It depends on whom you ask.

And depending on the year, the fiesta's catapulted goat has been caught in outstretched tarpaulins and paraded triumphantly through the village on the shoulders of revelers -- or has gone to the great goat farm in the sky.

Animal rights activists are not willing to leave the goats' fates up to patron saints and tarpaulin-toting revelers; each year they try to deter the festival's organizers from tossing an animal off the tower.

In 1992, they successfully convinced the governor of Zamora province to ban the goat drop. But villagers retaliated by attacking police and inquisitive journalists. In 1997, the townspeople agreed to a "goat-lowering ceremony"; that year's goat was lowered by rope from the belfry. In 1998, the village returned to tradition, and a black-and-white goat named Lorelay was catapulted from the tower. She survived the free fall and lived on to be the guest of honor at the festival's dance.

So, to hurl or not to hurl? Manganeses de la Polvorosa answers the question on Sunday.