It's not easy being a Dick

Life's hard, but one name makes it harder. 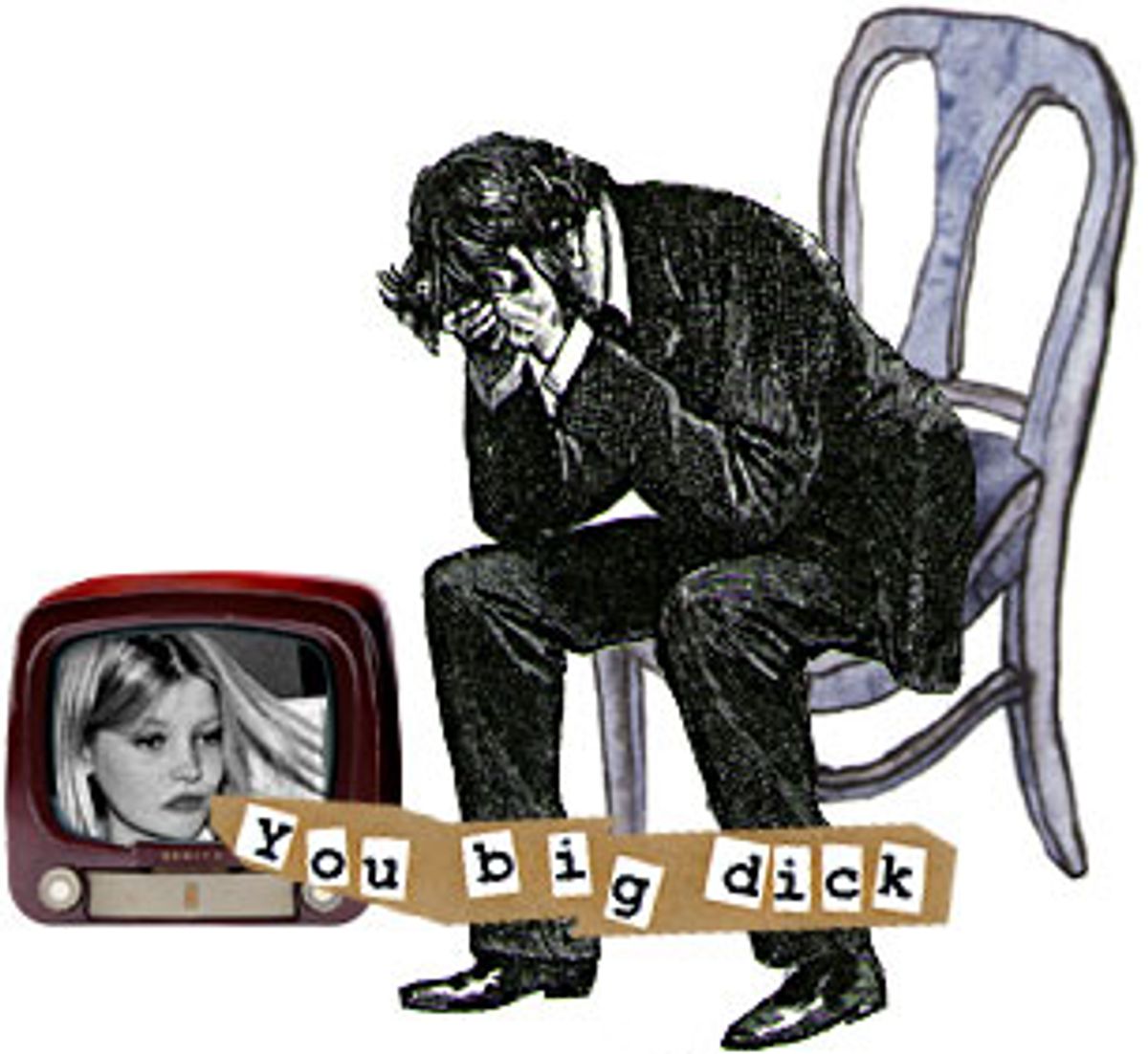 It happened one Monday in March. My nickname became an acceptable prime-time epithet. Ally McBeal referred to a man who had angered her as a "big dick." While television has long accepted the use of the actual anatomical name for the male member, it will now and forever allow the slang nickname for that august organ to be used with impunity. My heart sank that Monday night. My lifelong battle to preserve the sanctity of my nickname had been lost.

It was never revealed to me how I came to be called Dick, although I know my mother named me Richard after a long-lost love. Historians document that the transmutation of "Richard" into "Dick" was common during the first half of the 20th century. There was that most colorful of comic detectives, Mr. Tracy. Big-band singer Haymes and Olympic gold medal skater Button were revered. The movies introduced Little Rascal "Dickie" Moore and that boyish-looking actor Dick Powell. Television provided the timeless Mr. Clark, prince of America's bandstand, and two kings of comedy, Van Dyke and Martin. It also gave us Dicks York and Sargent, who played the husbands of the bewitching Samantha Stevens. There was even a short-lived TV series whose title included my nickname: "Dick and the Duchess." For more than 60 years it was good to be Dick.

But sometime during the 1960s, an unfortunate connotation came to be associated with my heretofore-noble nickname. I awoke one morning in junior high school to discover that my nickname was no longer just a proper noun, but the preferred slang for that defining part of a man's anatomy.

What's worse, on playgrounds throughout America my nickname was being appended as a prefix to the word "head," creating an adjective meaning "idiot." The word "big" preceding my nickname (the McBeal usage) indicated not one generously endowed but an individual who was both intellectually bereft and contemptible. The ultimate insult was the use of my nickname alone, as an adjectival noun, implying that one had reached the pinnacle of stupidity and contemptibility. This usage of my nickname became the most succinct and derisive disdain one can hurl at any man.

But then, for a brief and shining moment at the end of the '60s, it was again good to be Dick. A Dick had risen to the highest office in the land. On television, Mr. Cavett's intelligence and wit had charmed the critics. When this late-night Dick was threatened with cancellation, ABC received more than 15,000 letters asking that my namesake's talk show be saved.

Alas, neither intelligence nor letters could save that Dick in 1972, nor could obfuscation or lies save America's biggest Dick a year later. So, sick of puerile double-entendres and ashamed by my presidential namesake, I abandoned my beloved nickname. I tried being Rich during college, but my heart wasn't in it. I wasn't Rich; I was Dick, for Pete's sake. I returned to my nickname in the late '70s, in spite of wry smiles, raised eyebrows and snickers. For nearly 20 years I proudly, forcefully, defiantly introduced myself as Dick despite others' refusing to utter my nickname, instead calling me Rick, Richard or worst of all, Richie.

But in the '90s supersensitive and politically correct work environment, asking a female co-worker to call me Dick is tantamount to sexual harassment. I guess today it's either be Rich or be sued. Truth be told, the last hope for the survival of my nickname actually evaporated when a man named Alfonse lost his Senate seat, at least in part because he took the Yiddish version of my nickname in vain by describing his opponent as a "putzhead." But Ally, she's the one who ultimately did me in.

So call me Rick. Call me Richie. Call me Ishmael, I don't care. Maybe I will legally change my name to R. Louis, Louie or just R.L. A Dick by any other name, I guess. But whatever I decide to do, I will think back to junior high and take heart in only this: that my surname wasn't Buttkus.

Richard Louis Bruno is a clinical psychophysiologist and an editor at SpineWire.com.