Sidewalk spill in Houston is drawing legions of believers. 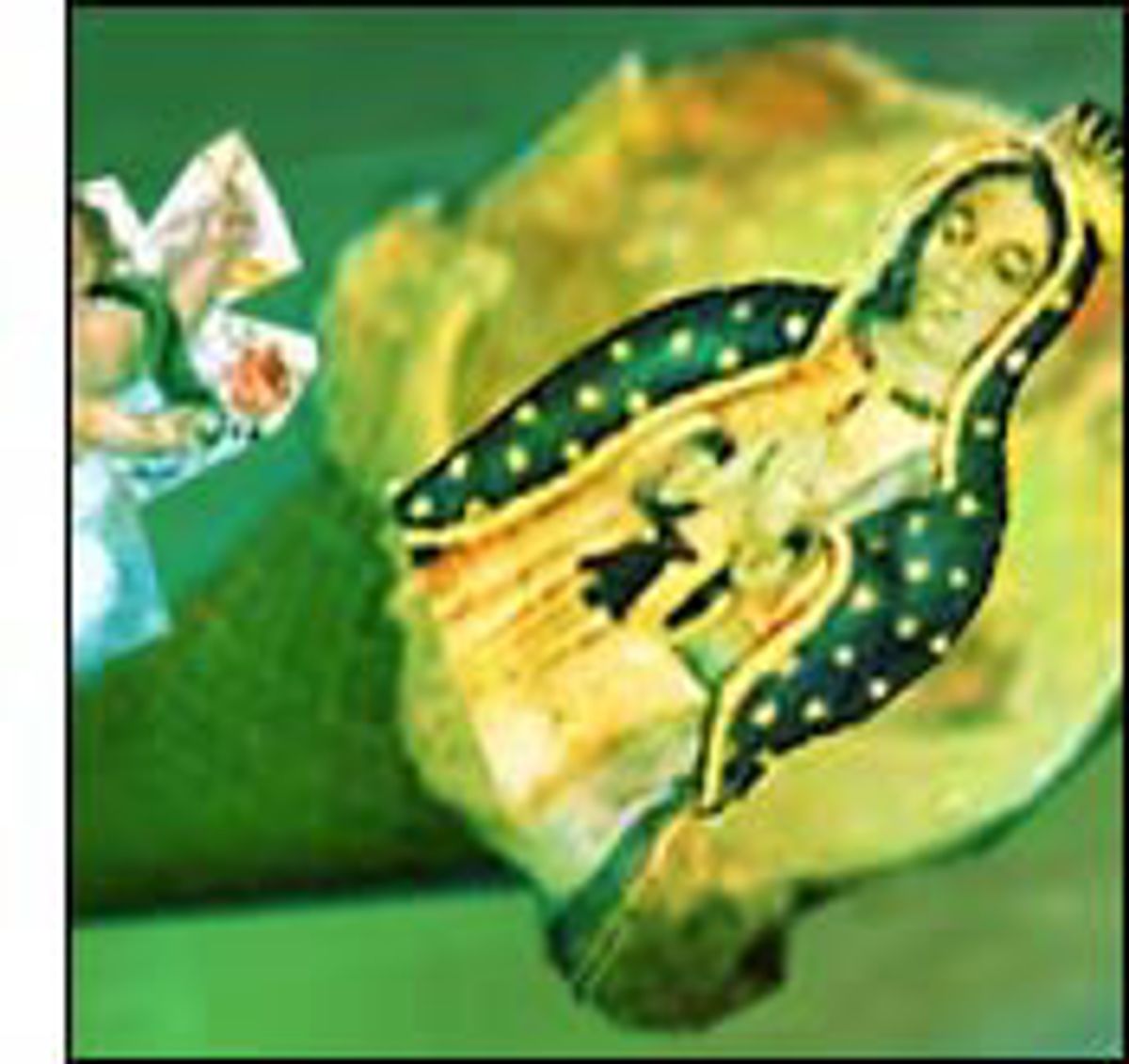 On Jan. 10, residents of a Houston apartment complex spotted the image of the Virgin of Guadalupe, also known as Our Lady of Guadalupe, in a puddle of spilled ice cream, according to an Associated Press report.

Since then, hundreds of believers have flocked to the complex, rosaries and point-and-shoot cameras in hand, to see the Mexican saint for themselves. Flowers and candles surround the stain -- located on a patch of concrete in front of a soda machine -- and a pane of glass has been placed over it to protect it and keep it from dissolving.

"I just let 'em in," said apartment manager Maria Cervantes of the believers, many of whom have taken up all-night watch in front of the ice cream.

The religious apparition came one month after Mexico's Dma de la Virgen de Guadalupe, which celebrates the appearance of the Virgin Mary in Guadalupe in 1531. According to legend, the saint, dressed in brightly colored Indian clothing, appeared on a mountaintop to a peasant named Juan Diego and said she wanted a church built there.

Diego went to the bishop, who didn't believe him. So, to prove her point, the Virgin appeared on the cloth of Diego's cloak. The Basilica de Guadalupe was promptly built, and pilgrims now flock to Guadalupe every December to pay homage to the saint with chanting, singing, dancing and las gorditas de la Virgen -- tiny corn cakes shaped in her image.

Since 1951, Our Lady of Guadalupe has appeared in numerous places, including a tortilla, a puddle of water and a lima bean.