Craig Ferguson of "The Drew Carey Show" is effervescent as a gay Scottish hairdresser in Lotusland, but Kevin Allen's hackneyed comedy is as light as a squirt of styling mousse. 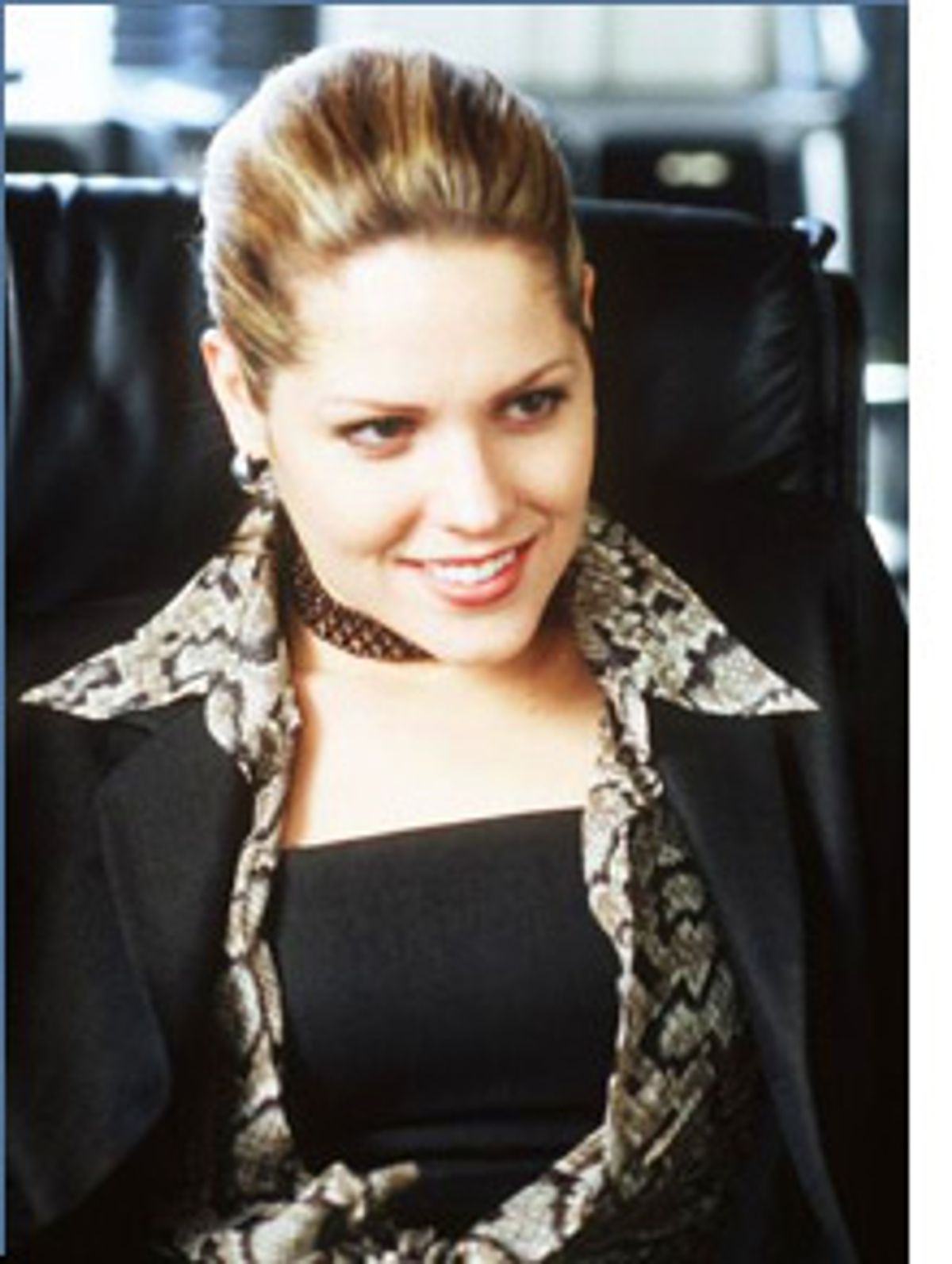 It's a Hollywood truism that if a film's pitch doesn't make sense in less than 10 seconds, the chances the picture will ever be made diminish considerably. With "'Spinal Tap' meets 'Shampoo'" and "'Rocky' in curlers" as their rallying cry, the makers of the hairdressing mockumentary "The Big Tease" had seconds to spare. So it should come as no surprise that despite a modest pedigree -- the script was co-written by and meant to star Craig Ferguson, the snarling Mr. Wick on ABC's "The Drew Carey Show" -- Warner Bros. signed a deal and rushed "The Big Tease" into production during Ferguson's hiatus from his TV series.

The plot, lighter than a swirl of John Paul Mitchell's mousse, centers on Crawford Mackenzie (Ferguson), a gay Scottish hairstylist who thinks he's been invited to an international competition in Los Angeles. The talented but naive newcomer treks across the Atlantic with a British television crew, only to discover that the form letter he received entitles him merely to be a "guest observer." Oops. After he bestows an impromptu makeover on a loopy but powerful publicist (played by Frances Fisher), she vows to help him secure the requisite HAG (Hairdressers of America Guild) card. Thwarting the duo at every turn are the contest's snooty organizer (Mary McCormack), who only traffics in superstar stylists, and the reigning champion (David Rasche), a pseudo-Nordic boor with the oafish name of Stig Ludwiggssen.

It's hard to tell whether the bubbly spirit of "The Big Tease" derives more from the lead character or the blast Ferguson's having in his first starring role in a feature. Either way, the giddy mood partially compensates for the forced and underdeveloped patches in the script he and Sacha Gervasi wrote. So, too, do the performances of cast members like Fisher, who makes her stereotypical publicist-to-the-stars vulnerable, even sweet. "The Big Tease" doesn't adhere strictly to the mock-documentary format, but the posse of celebrities playing themselves -- including models Kylie Bax and Veronica Webb and stylist John Paul DeJoria (aka, John Paul Mitchell) -- adds an appropriate real-life touch. (And if only unwittingly, the appearance of "Baywatch" star David Hasselhoff presents the film's deepest philosophical conundrum: Is a bad actor capable of acting poorly?)

Crawford, supremely confident in his tonsorial abilities, maintains a relentlessly upbeat perspective in the face of multiple catastrophes. In one of the few instances in which the script elevates the acting rather than vice versa, he faces the Century Plaza Hotel's skittish manager, played by Larry Miller, who's demanding payment Crawford can't make. The manager vacillates between firmness and neurosis, slowly losing his cool, confessing no end of troubles that he finally blames on the time his "uncle inserted his finger into my anus when I was a kid." (It's all in the timing, which Miller pulls off superbly.)

Despite the manager's meltdown, Crawford gets booted from his fancy digs. But with the title character of "Braveheart" as his model -- it wasn't clear to me if the filmmakers had picked up on that picture's homo-unfriendly overtones, not that it matters -- the intrepid haircutter carries on. And on and on. As with any life-of-the-party type who refuses to give it a rest, Crawford's prattling produces fewer chuckles as "The Big Tease" unfolds. And like their protagonist, Ferguson and Gervasi spend too much time patting themselves on the back for being clever -- time that would have been better spent honing the humor. Too often, they're content to suggest a scene's comic potential rather than actualize it.

The director, Kevin Allen (whose only previous directorial effort was "Twin Town"), doesn't help much, either. He's just as apt to punctuate a scene by having Ferguson toss an "Aren't I cute?" look at the camera as to put it anywhere interesting. Allen does, though, love swish-pans and jump cuts, which if occasionally irrational add a certain vigor to the transitions.

Given its title, "The Big Tease" focuses less on the salon world than one might imagine. Los Angeles itself is the real joke -- as if that hasn't been done a million times. L.A. generates new fodder for satire almost daily, but the revelations in "The Big Tease" are strictly retreads: Limo drivers proffering head shots and pitching scripts. Power lunches (not one, but two). Snobby receptionists, P.R. hacks, agents, hairdressers. (OK, but just because it's true doesn't make it original.)

The climactic if clichi-riddled competition almost salvages "The Big Tease." The dueling specialists -- you get one guess whether Crawford wheedled his way into the event -- concoct four outlandish coifs. But though the hair imagery is entertaining enough, even this sequence lumbers when it should be frolicking, and when it finally kicks into gear it's more hyperactive than inspired.

As with the rest of the film, the scene's enough of a lark to make one wish the filmmakers hadn't been so sloppy -- or, since ersatz viriti appears to have been the objective, that they'd been more calculatedly sloppy. As for the foolproof pitch, "This Is Spinal Tap," "Shampoo" and "Rocky" may have been the theory, but -- at the risk of getting too cute myself -- "The Big Tease" ends up tasting like refried "Bean," that other pale tale about a Brit out of water in L.A.

Daniel Mangin is a writer and editor living in New York.