Attack of the alien ice balls!

The rain in Spain is frozen -- and a pain. 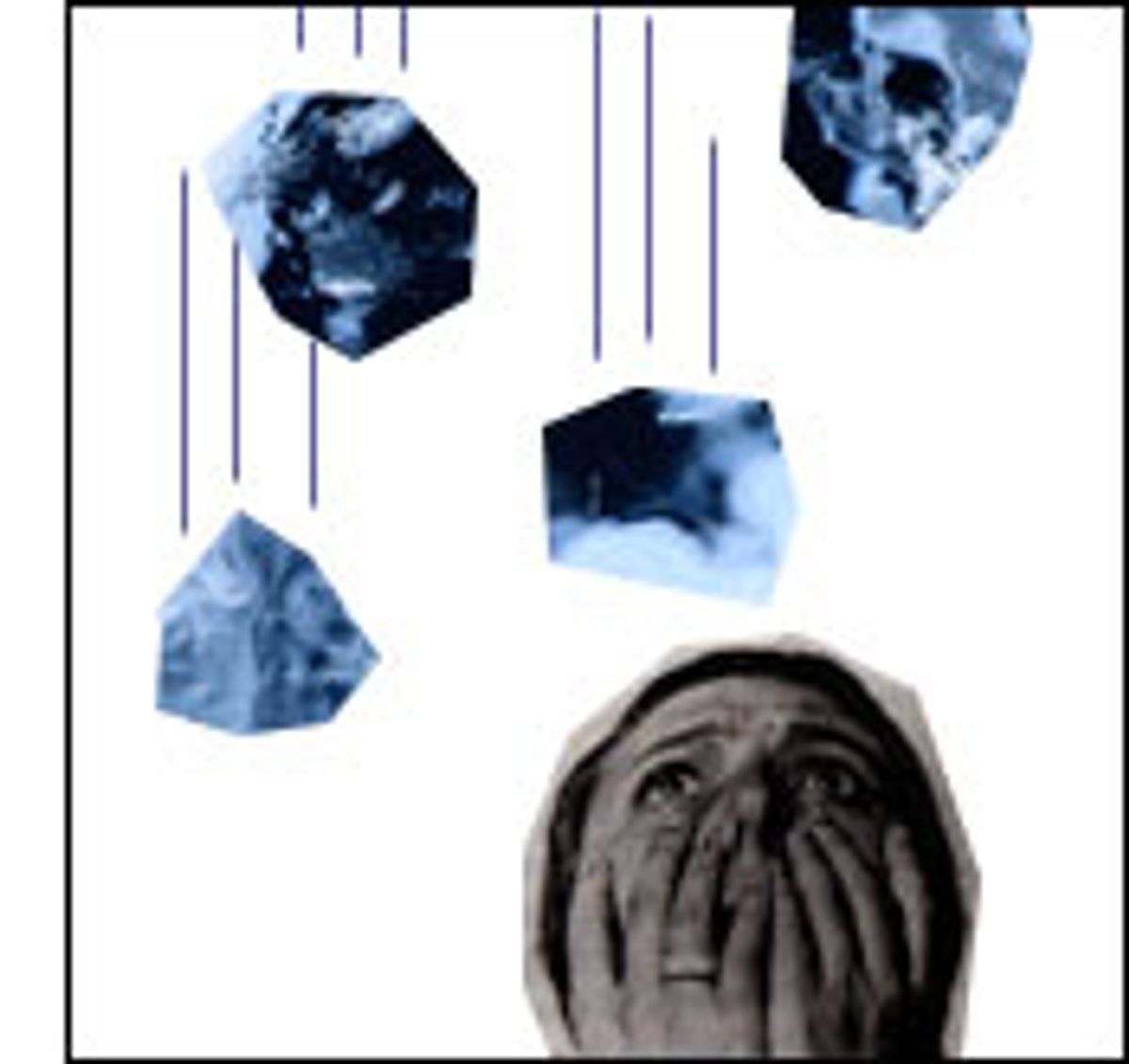 It came from a clear, sunny sky over Seville, Spain -- a
nine-pound ball of ice, big enough to bowl with and hard enough to crush the
hood of a parked car. The vehicle's owner promptly alerted police, who
determined that the mysterious mass was not from the heavens, exactly, but from a
passing aircraft. The lavatory of said aircraft, to be exact.

Pronounced a giant ball of frozen excrement, the sphere was carried off to
Spain's Meteorology Institute, which began to probe the offending globe.

A few days later, on another brilliantly sunny day, a second sphere, bigger
than the first, plummeted from the sky and smashed through the roof of a
building in Valencia. Two more frozen balls promptly fell in nearby
villages, causing scientists to reevaluate their frozen feces theory.

"It's most likely to be condensed ice from airplane wings, but it could be
extraterrestrial -- perhaps the remnants of a comet," said one scientist to
the BBC.

By now, two weeks after the first fall, a dozen ice balls have rained down on Spain -- the last one injured
an elderly woman when it hit her on the shoulder as she walked near her home
in the southern town of Almeria -- but scientists still haven't agreed on
their source.

And the investigation isn't getting any easier. Two of the
ice balls have turned out to be fakes -- one was made out of salt; the other came
from a restaurant freezer.