Could an ancient burial site give a modern man bad luck? 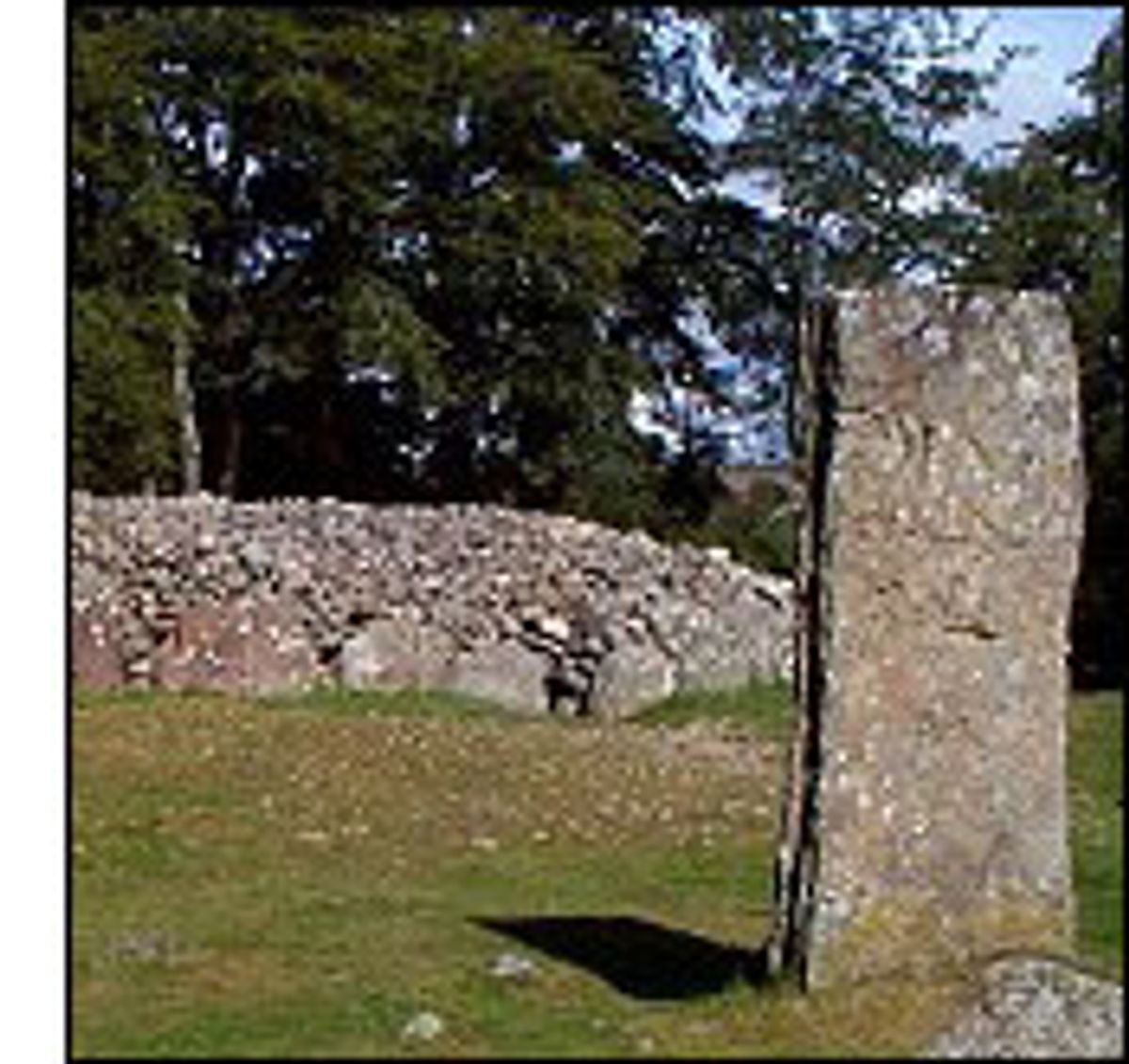 Early in January, the Inverness Tourist Information Center, located in
Scotland's northern Highlands region, received a rather spooky package.
Inside was a rough, two-pound stone and a note from a Belgian man pleading
for officials to return the stone to its rightful place -- the ancient
burial site known as Clava Cairns.

Clava Cairns dates back to the third millennium B.C. It is made up of three
rounded, upright mounds of rock that surround burial chambers. Circling the
cairns is another ring of stones. The tourist's note explained that he had
found his small stone near the site and, thinking it was a Stone Age tool,
brought it home as a souvenir.

Upon returning to Belgium, the man experienced a run of very bad luck.
First, his daughter broke her leg. Then his wife fell seriously ill. Then
he lost his job. When he broke his arm, he began to trace his bad luck and
realized it had all begun when he took the stone.

In a BBC report, Bob Hunter-Dorans, visitor services assistant at the
Inverness Tourist Information Center, said, "He thought he was cursed ... He
said in the letter, 'I know you will probably be laughing at me, but while
you are laughing could you please take this stone back to Clava Cairns.'"

Hunter-Dorans added that there is a great deal of local superstition surrounding
the site -- few residents will visit the area at night. He himself returned
the stone the day after the tourist center received it, but he did not keep
it overnight in his house. Just in case, he left it in the garage.