When the big news is a big bummer

I'm pregnant and it feels about as good as a pie in the face. 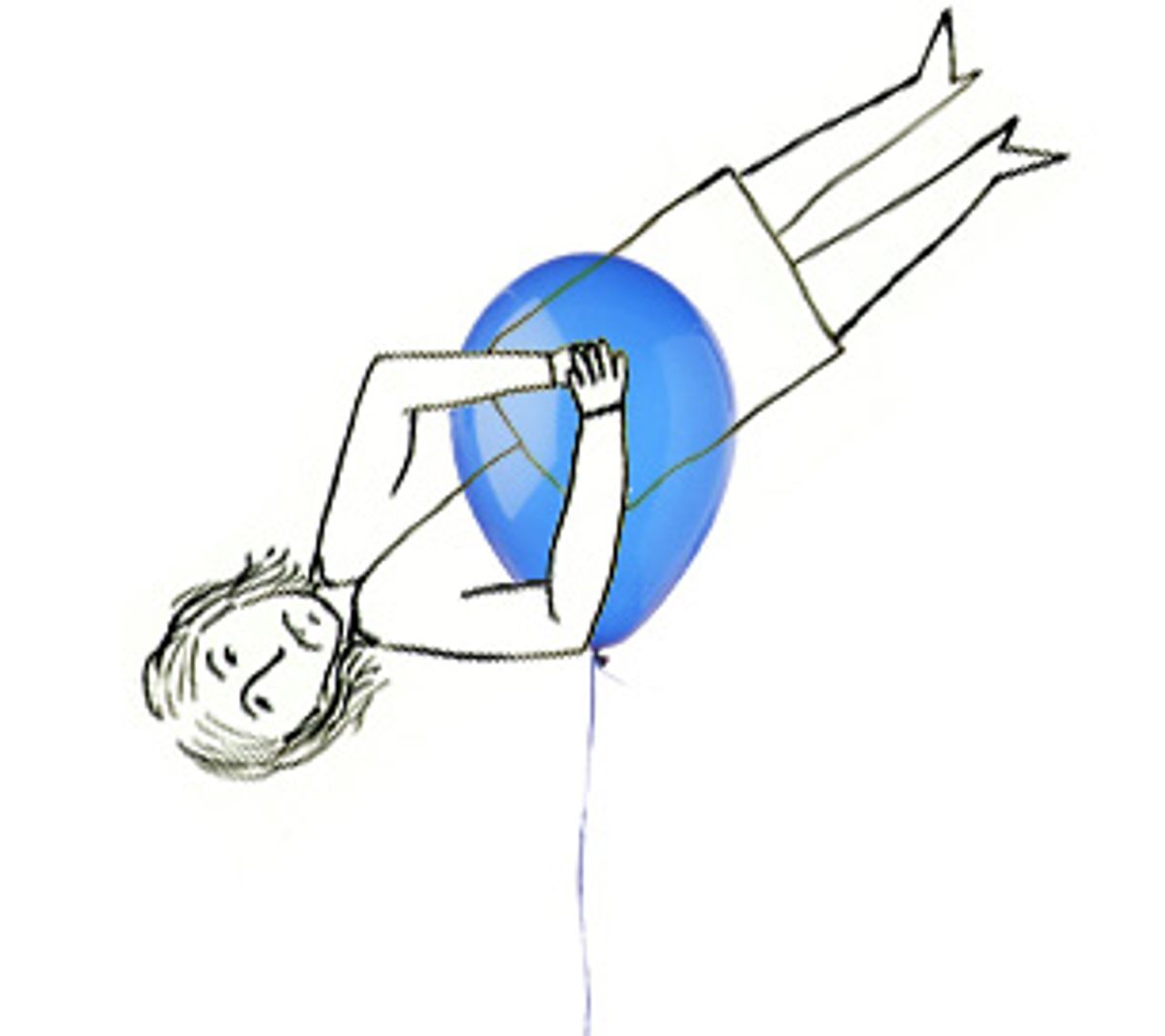 I have worked my ass off for years to further my career. I went to university while raising my boy as a single parent. I took every shit job in the world and smiled my way through it. I said, "Yes sir," "No sir" and laughed at all my bosses' retarded jokes and always let them believe they knew what was going on. I struggled and persevered and, honestly, I was becoming very discouraged.

Then, almost two months ago, I received the phone call. A major technology corporation wanted to see me. They needed someone to handle their receivables. I went and thought the interview was a disaster. I came home, ate a big bag of chips and wrote for an hour on my electronic diary and e-mailed everyone I knew.

The phone rings the next day. I got the job.

I was absolutely shocked. And after all my previous employment misadventures, I was still a little apprehensive. I showed up for work and they showed me my office. Then I met my assistant. I was almost knocked down. I don't have to do any reception work and no one wants me to vacuum the office. I still tried to remain calm because for all I knew everyone there was an ogre in disguise just waiting to stab me in the back and laugh at my demise. But a full week went by and it was absolute heaven.

I was happier than I'd ever been.

During the holidays, I was preoccupied anyway and the new job just added to my hectic schedule. It was Christmas Day when I realized that I hadn't had my period. I tried to shrug it off but the thought wouldn't go away. I sat down and thought long and hard about when my last period was and the best I could come up with was probably about six weeks previous. I started to hyperventilate.

Later I was out doing some shopping with my common-law husband and I knew that I had to get the dreaded test. I wanted to do it privately, but I couldn't shake him. Every time I tried to duck into a pharmacy he was right behind me saying, "Oh, I'll come with you." Finally, I tried to pick one up at the grocery store and hide it under the bread but he was there immediately, shouting, "A pregnancy test!"

We come home, I pee and immediately he's outside the door. There they were, the two red lines. Merry Christmas, I'm pregnant.

He is absolutely ecstatic, practically doing friggin' handstands in the house. He ran over to the neighbors to tell them. For weeks now he's been at my beck and call. He actually thanked me today.

How can I tell him that I'm miserable about this?

Here I am, finally starting up that fuckin' corporate ladder, and I'm going to be slapped right back down. I thought that we were finally going to be able to buy a house. My son is 7 so day-care costs are half of what they used to be. I'm two car payments away from actually owning the thing and was planning on trading it in for something sporty. Now I'll probably end up with a nice minivan with the optional kiddie seat. I can start all over again with breast-feeding, diapers, strollers, baby bags and baby puke running down my blouse. I'm only 29, but I'm not sure I want to start over.

The thing is, I was sure a few months ago. This whole thing happened because we were trying to get pregnant. I was basically just foundering in my career and thought that if I was ever going to have another baby this would be the time. We tried for months to absolutely no avail and I had basically just stopped thinking about it. With the frantic pace of December and the failure of the previous months, birth control never really crossed my mind.

Well, somebody's having a colossal joke on me.

I'm still doing everything I can to keep myself healthy during the pregnancy. The last few weeks have been one big withdrawal of one kind or another. No caffeine, nicotine, alcohol or chocolate. Yup, I've been living on celery and brown bread, ummm good.

The worst part of all of this is that I'm not sure what I'm really feeling. The depression over this could be a combination of withdrawals and hormones. I have absolutely no one to talk to about this. The big kid I live with would be absolutely crushed if he knew I wasn't as excited as he was. He hasn't noticed yet that "our" baby conversations are being held by one person.

Realistically, if you tell someone else that you're not happy about being pregnant, you are pure evil. The combination of egg and sperm is supposed to turn us all into sweater-knitting, diaper-changing angels. Well, it's been a week now and it hasn't kicked in for me.

So, as I pondered whether or not this all makes me the worst female on the face of the planet, I got to ring in the millennium with a bottle of ginger ale and sore breasts, craving a cigarette all the while.

How is all this going to affect my new position? I have so much work to do and so little time to do it. How do I look my VP in the face in a few months and tell him that I have to have six months off for maternity leave? I am fully aware that legally they cannot fire me but I am still freaked out about this. By the time I have to leave, I should have the operation running smoothly. Do I want to leave all my responsibility and hard work in someone else's hands for that amount of time? No.

With stretch marks and labor to look forward to, I can only hope that the punch line to this joke isn't unemployment followed by a hard-won start at the bottom of the ladder followed by another big pie in the face.

Nikki Royston is a freelance writer in Vancouver, British Columbia.