Stuck in a speeding Vietnamese cyclo, far from the city, I noticed headlights close behind. Was this a setup, or was I going to get my lemon grass beef after all? 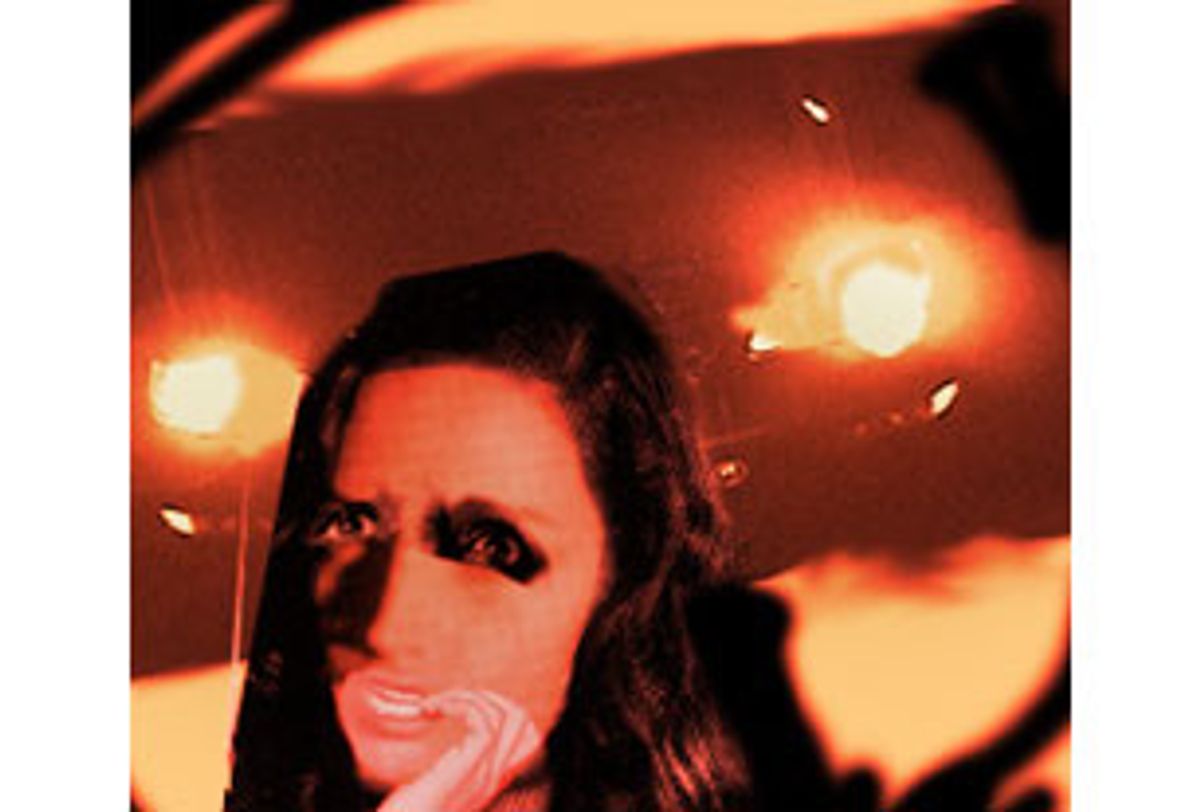 "You take free cyclo, lady. I take you to velly goot restaurant," the skinny cyclo driver called. His calf muscles bulged as he pedaled the three-wheeled bicycle taxi around in a circle, keeping my attention.

I had heard about some really good restaurants in the area, but so far I hadn't been to one that stood out. I searched my guidebook to see if Nam Houng was listed. It wasn't.

"Free cyclo ... I take you now," he persisted. I dutifully climbed in -- as if cyclos were hard to find, or expensive. It's possible to charter a cyclo and driver for about $4` a day almost anywhere in Vietnam.

Years of passengers had worn the vinyl seat covering down to a thin membrane. It clung to my damp clothing. The metal foot rest, polished smooth in the middle from shower slippers and thongs, was rusty on the edges. The air was stale. The smell of decaying metal, perspiration and ambition dominated the environment as we cruised among the decrepit buildings of Hue, the once political, now cultural capital of Vietnam. We paralleled the Perfume River for a while, then crossed over it, the lights of the city reflecting in the serene water.

"Where you from?" my driver asked.

"A-numba one. America," he smiled and gave me the thumbs-up sign.

The mosquitoes were out in full force as the dusk hardened into a black, moonless night. Pedaling away from the busy downtown area, my driver had already exhausted his English, and I my Vietnamese.

I settled back, observing the narrow, quiet back roads of Hue. Residents squatted around tiny grills, fanning the flames and awaiting dinner. Homes were lit with low-watt light bulbs, hung from single wires. Others looked like they had never been rebuilt after the heavy bombing that took place during the Tet offensive of 1968. Hue was the only city to be held by the North Vietnamese army for more than a few days.

Far from the city's noise, I lost myself in the soothing rhythm of the pedaling. We turned north and then west; north then east; left, right, left. Before long, I had not only lost my sense of direction, but my confidence that the driver knew where this restaurant was. I began to think that maybe there was no Nam Houng.

"No restaurant here," I said, tapping the driver on the hand.

"Coming ... coming." He pointed, trying to assure me we were almost there. I thought of my predicament. I was miles from town, lost and vulnerable. However, my driver was small, and I might be able to out-wrestle him. Plus, he was a smoker, and if he did try something, I was sure that I could outrun him.

"I no like this restaurant. I like go back Hue," I struggled to speak his familiar broken English. I turned around in the seat to face him and speak with authority.

It was then that I noticed the headlights behind us. Through the thick, humid air, these lights cast an eerie, stage-like glow as the vehicle silently crept behind our cyclo. It seemed to be stalking us. I felt sick.

"Nam Houng here," he pointed. Our voices escalated in the darkness as we argued back and forth.

I had to think fast. I could jump out now. The vehicle behind us kept enough distance. I remembered hearing stories that began like this: Carload of locals, naive traveler -- stripped, beaten -- maybe killed. How could I have been so foolish?

I formulated a plan. Calculating the speed at which we were moving, I visualized myself jumping out of the seat. I had to be careful not to get hit by the cyclo or somehow hung up on it. I decided that when my driver slowed down, I would leap forward over the footrest and run as fast as I could to the nearest group of houses. From there I could hire a car or even a scooter to take me back to familiar territory.

I tucked my money belt deep into my underwear, then tightened my fanny pack. The car crept closer. It was a big car, for Vietnam, maybe a truck. It was hard to tell because the headlights blinded me when I looked back.

We turned left down a narrow alleyway where the trees formed a sort of tunnel. My driver slowed the cyclo. I was preparing to jump when the car behind us parked. It was a limousine. The gloved driver opened the doors. Out hopped four affluent-looking Japanese businessmen in tailored silk suits.

When I turned to look ahead, it was as if I had entered another dimension. There were Chinese lanterns strung from trees, cars parked haphazardly and oil lamps lighting a pathway. A congregation of cyclos was queued for future use, their smoking drivers chatting a rapid, tonal tongue. I could hear the low rumble of voices and smell the mouth-watering aromas of grilling meat, lemon grass and cilantro. Through the trees I could see people dining and busboys cleaning tables.

Dizzied by this latest development -- it seemed I would be neither stripped nor beaten this evening -- I slowly dismounted the cyclo. A handsome young host, wearing a dress shirt and black tie, greeted me, led me to a table and handed me a menu. I looked up and smiled at the four Japanese businessmen -- my would-be assailants.

Candlelight twinkled in everyone's eyes as I glanced around the tree-lined perimeter. The garden-like dining area was far enough removed from the chopping and clanging of the kitchen, and as each culinary creation was proudly paraded out to be consumed, everyone watched and waited, hoping it was coming their way.

I started my meal with a bowl of spicy shrimp soup, its subtle combination of sweet and sour complemented by the spicy chili peppers. The large shrimp had been grilled first and then added to a magical mixture of broth, with herbs I had not heard of. I picked up the bowl and drank every last drop, something I would never do in public back in the States.

My steaming, aromatic entree arrived along with envious looks from the other diners. Grilled beef with lemon grass. Thin strips of lemony, spicy charbroiled beef, seasoned to perfection and sprinkled with sesame seeds. Taste-bud orgasms.

I was too full to think about dessert, so I paid my bill and waddled out to find my cyclo driver. He waved at me, and I climbed in and got comfortable once again on the worn vinyl seat.

"Cam on nhieu!" (Thank you very much!), I said to my driver, tapping his hand.

Lori Makabe is a freelance writer living in California.