Fans of Anne Lamott will go for this novel about the inevitable clash between an ex-flower-child mom and her desperate, rebellious daughter. 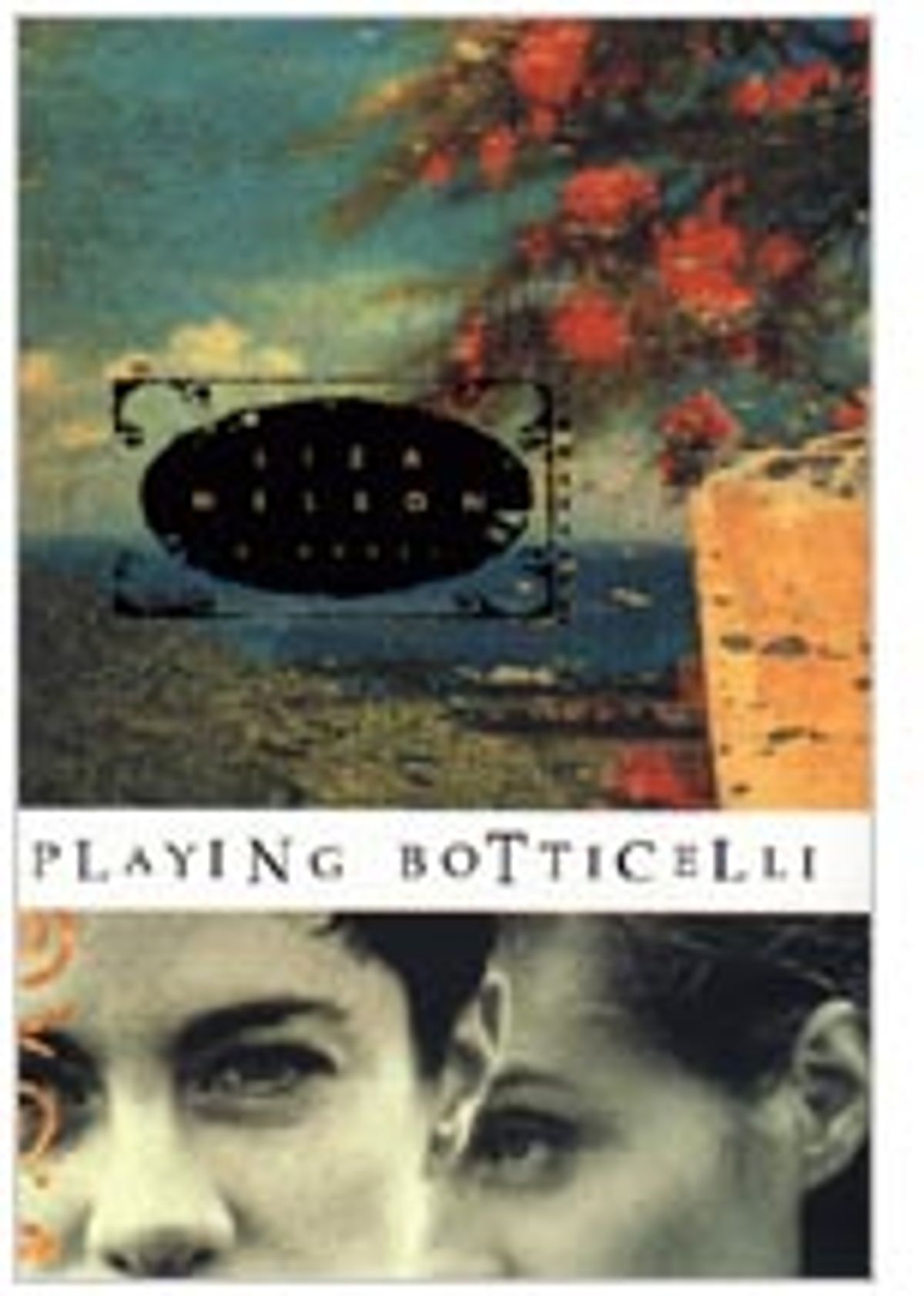 For someone who vows not to live as a clichi, Godiva Blue sure does enjoy being a fish out of water. The protagonist of Liza Nelson's debut novel left a commune to raise her daughter, Dylan -- conceived during a protest-march trip to Washington -- in an idyllic, if culturally backwater, town on Florida's Gulf Coast. Godiva calls everyone "honeybunch," drives a truck to her job as a custodian at the local elementary school and waxes philosophic that men are "a threat to my artistic selfhood."

In the recent spate of mother-daughter ties-that-bind books and movies, Godiva ranks with the wacky moms, the ones who embrace their neurotic creativity, joking all the while about the therapy their kids will need. (If Nelson's flawed heroine strikes a chord with readers, it will be with those who cherish Anne Lamott's confessional writing about black-sheep motherhood and its daily cosmic crises.) She shares the telling of the story with Dylan, though in the narration, as in their lives, Godiva upstages her daughter. Dylan, who longs to be normal, finds her closest friendship with Cass, a Baptist punk rocker whose disaffected monotone masks a dangerous curiosity. In one scene early in the novel, which Nelson adeptly presents from both mother's and daughter's points of view, Dylan and Cass walk in on Godiva making art -- stark naked -- in her studio. It's the kind of moment that makes for a daughter's mortification, her friend's fascination and a reminder to the mother that having a teenager means a new set of rules.

Ever since Lisa Michaels' memoir "Split: A Counterculture Childhood," the romantic idea of the freedom of a life with hippie parents has been dissolved by the knowledge that life on the fringes, without a stable family and with a mother who fancies herself an outside-the-box creative type, is fraught with burdens. Yet there's something pat about how Nelson wants us to accept Godiva's self-aggrandizing eccentricity. In Godiva's eyes, she's the only free spirit in Florida. She's convinced that everyone around her is giggling at her every unorthodox move, and she seems to embrace all her flaws as proof of her uniqueness. It's never clear whether Nelson knows she's created an unreliable narrator or whether we're expected to take Godiva at face value.

Dylan, for her part, has a boldness and a mangled faith that give her character more depth than her mother's. As she treks across the country to search for the father she's never met -- and who's suddenly surfaced on a wanted poster for his '60s-radical crimes -- she writes a kind of journal to the person she hopes to find. It's a relief to hear her voice on its own terms; her imaginative desperation is a welcome respite from Godiva's solipsistic point of view.

Despite its light tone, "Playing Botticelli" presents a complex view of family bonds. For example, there's an interesting take on the ways in which motherly impulses, if turned away by circumstance or by moody adolescence, sometimes find their way into surrogate relationships. Even in a close family, Nelson suggests, broken trust has to get rebuilt piece by piece. In the meantime, sometimes it's the temporal ties that fill the void.