Will John Romero's Daikatana ever hit the shelves? When it does, will first-person shooter players still care? 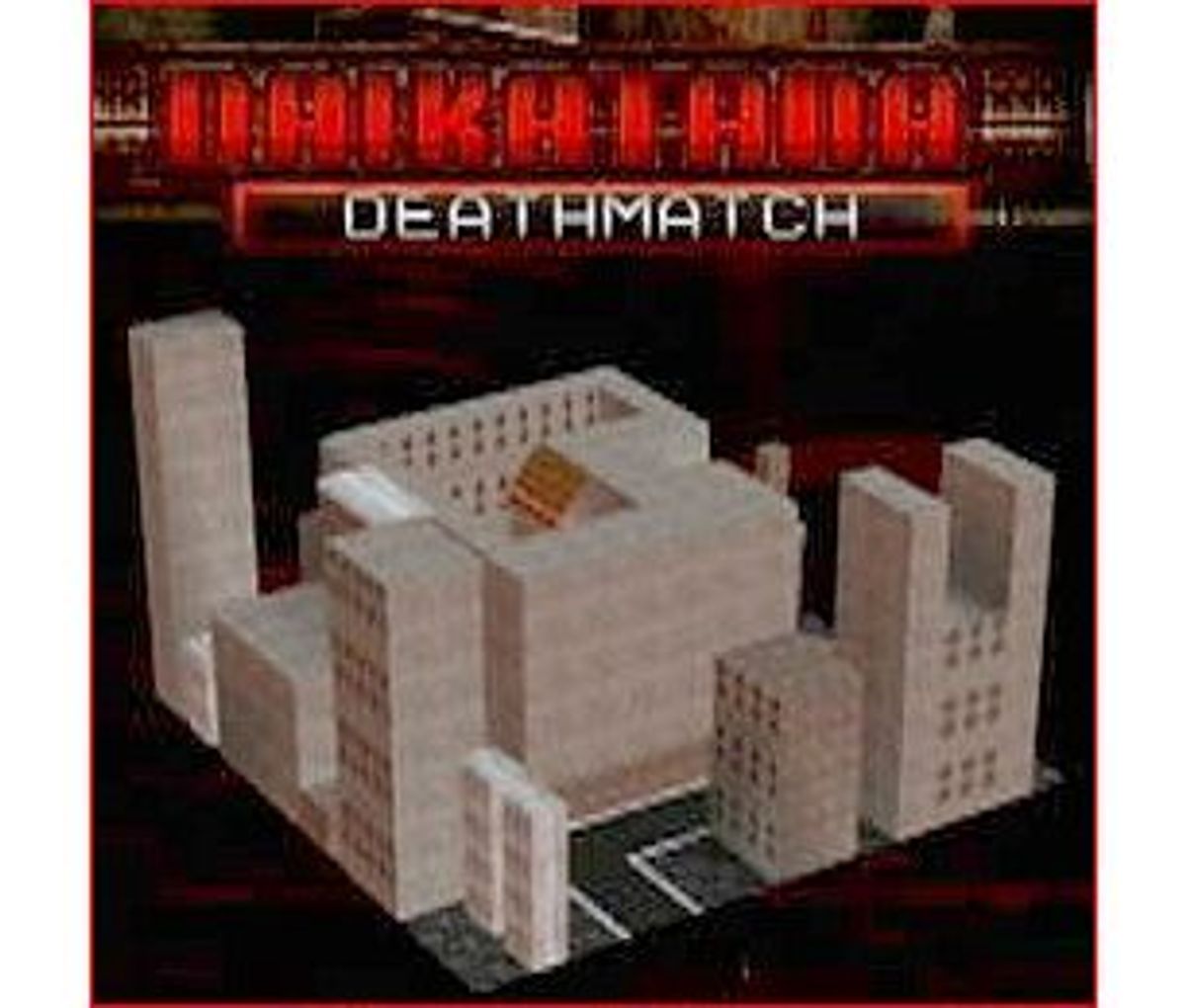 I witnessed a blood bath in the downtown Dallas offices of game developer ION Storm -- though a virtual one: four young men blasting each other in a multiplayer shoot-out on a beta of the company's premier game, Daikatana. The guys were finalists who had beaten a slew of challengers in an online demo of Daikatana earlier in the year and had been flown in by ION on the morning of Dec. 17 to slug it out in the "big play-fortress" office built of steel, glass, wood and overhead canopies dramatically perched in a tall skyscraper.

The shootout and the extravagant party that followed were held to celebrate the long-delayed release of Daikatana. There was just one problem: ION missed its pre-Christmas target date for the game, just as it had missed a calendar's worth of scheduled launches over the previous year and a half. Since the party, talk of a mid-January launch has come and gone, and no game has been released. At this point, gamers have stopped asking when Daikatana will hit store shelves. If they think of Daikatana at all, they're more likely to ask: When ION eventually gets this terminally late game out the door, will anyone still care?

Daikatana players battle scores of monsters across four different time periods -- such as Greece 1200 B.C. and San Francisco 2030 -- in a quest to find a magical katana sword, the game's namesake. Of course, the version I saw was a beta used for the tournament -- it lacked the monsters since the tournament players were playing the role of each other's enemy -- but I got a sense of its environments, which, as any first-person shooter enthusiast knows, can be as important as the characters. While most new first-person shooters have brought attention to themselves by focusing on a single environment and presenting it "realistically" down to the smallest details, Daikatana looks rather, well, dated with its disparate settings. It has more in common with earlier titles, like Quake II, which showcased a mishmash of gloriously rendered settings and themes but paid little regard to a cohesive story line.

There was a time -- about three long years ago, when John Romero founded ION Storm -- when gamers eagerly anticipated Daikatana, the first-person shooter Romero's been building since he left Id Software, where he'd become famous as the designer of Doom and Quake. But while Daikatana inches ever more slowly toward gamers' hands, competing game-makers have released technologically sophisticated titles like Half-Life (from Sierra Studios), with its "intelligent" monsters, and Unreal (created by Epic MegaGames and Digital Extremes), with superadvanced graphics and artificial intelligence-enhanced enemies.

ION, too, is hoping that artificial intelligence (AI) programming will prove a boon to Daikatana. But rather than give the power to your enemies, Romero is handing it to you: Players will be able to issue commands to two computer-controlled sidekick characters for assistance -- for example, they'll cover you as you dash into a room filled with heavily armed monsters, or you can send in a sidekick first to do the work for you. Well, that's the idea. It sounds cool, but the logistics involved in coding even basic humanlike attack behavior into a computer-controlled character is pretty daunting -- coordinating two such characters with your own play strategy is really tough.

"Friendly AI coding is the Holy Grail of video games -- people have been trying for years but never quite hit it on the head," says Sacha Howells, who writes about video games for the entertainment site CheckOut.com. He cites Sierra's SWAT 3, in which you play the head of a SWAT team with two teams at your command, as a recent example. It's a good game, says Howells, but it has its faults. "You issue orders on the fly, and for the most part your men respond well, but their mistakes remind you that you're dealing with lines of code, not real people. If Daikatana's artificial intelligence is so good you actually believe for a moment that they're being steered by real people when the action hits, then it will be a huge leap forward."

"Nothing I've seen suggests it will actually be that good," he says, "but then again, I haven't seen anything of the [final product]."

With its rich colors and large maps, Daikatana's settings are artfully designed, but the game is similar in feel to those far-out fantasy settings seen in first-person shooters of the past. Its time travel premise is really a pretense to glue together the different architecture styles and environments; it doesn't contribute anything to actual game play. Jumping forward and back through time in a single setting, a city or neighborhood, and seeing how the environment changes by the decade, or encountering a past version of one's self, would be a far more provocative use of time travel in a first-person shooter -- and a more complex game to create.

ION Storm has reportedly burned through $26 million since its creation more than three years ago, and though it has three games in development, the company has yet to release a single homemade title. (It did buy the rights to a nearly finished game developed by one of its founding members and published it in 1998 to meet a contractual obligation. Real-time strategy game Dominion: Storm over Gift 3 was a critical bomb and sold poorly.) Daikatana, regarded as the first "real" ION Storm game, was slated to take over desktops in the fall of 1998, and a notice to that effect is still up on the site of longtime Romero backer Eidos Interactive, which acquired a majority stake in ION Storm late last year.

After the acquisition, speculation abounded that Eidos would push Daikatana out the door for the holiday season -- ready or not. That didn't happen. Now, a recent e-mail newsletter from Eidos glibly announcing that the game is "coming soon to your PC in this millennium" is prompting jokes like: What century?

How did things get this way? A series of ego clashes by the top talent at ION Storm, chronicled a year ago in the Dallas Observer, may have been to blame. Former CEO Mike Wilson moved on and started a game-making company called the Gathering of Developers, or G.O.D. He was soon joined by eight key designers and programmers who had been working on Daikatana. At the time, Romero posted a note to ION Storm's Web site expressing that these people left "at an opportune time," since "most of the levels are in a final state [and] much of the coding has been completed for most of the game." But those departures happened more than a year ago -- and the "completed" coding has yet to appear as a game.

One of the finalists in the December Daikatana tournament, Phillip Marcus, a 20-year-old from Virginia, whose expression is locked in a permanent, asymmetrical smirk, happens to work as a first-person shooter game designer himself. He offered his insightful, albeit cynical, observation of modern game-making: "This is how you design an actual first-person shooter: You make sure the first two levels are completely beautiful so the reviewers love it. You make sure you have half-naked women in it, so the players love it. And you make sure there are big guns in it and they have big explosions. And there you go: There's your successful first-person shooter."

Fortunately for ION Storm and Romero, the views of Marcus' fellow competitors are more optimistic. "Daikatana is cool from what I have seen," said Phil Kennedy, 19, who came from Florida to play in the Daikatana Deathmatch in December. Another tournament player, Eric Hong, 21, from New York, said he preferred Daikatana over Unreal Tournament or Quake III.

The Daikatana release party, attended by approximately 300 guests, had open bars, plenty of catered Tex-Mex food and a band covering pop tunes from the '80s and '90s. It was quite a spread to celebrate the "release" for a game. Maybe the event was less for Daikatana and more a victory party of sorts for ION Storm itself for having survived so long.

During the evening, I asked Romero: "After what's been a tumultuous year for you and ION Storm, what's one of the important things you've learned?"

He gave a wistful chuckle and said: "Having the right people" -- an acknowledgement of the fracas that erupted over the departures of Daikatana's designers and programmers.

Amid the people dancing, eating, drinking and schmoozing, Kennedy and Hong spent most of their time at one of the computers demoing Daikatana. Between bites of food, the young men tinkered with the game, eyes locked on the monitor. They didn't look like they were playing but, rather, studying it. "The top players do not play for fun -- they play for blood! It is like any other professional sport: Money and fame control man's direction," said Kennedy.

Kennedy and Hong were the few at the party who actually bothered to play Daikatana. After all the hype and rumors, what ultimately matters isn't Romero or his company, but maybe young men like these two. Is this game going to ravage the first-person shooter world or be a flop? Or will there even be enough gamers to care when Daikatana is finally released sometime "in this millennium"?

Kennedy thinks so: "I still believe Daikatana will be extremely successful. It is one of the most anticipated games on the market."

Even Marcus is willing to concede. He'll buy the game when it comes out, though "only out of an odd form of respect for what Romero attempted with it."