A judge's decision to ban a DVD-playing Linux program and all discussion about it outrages the free-software community. 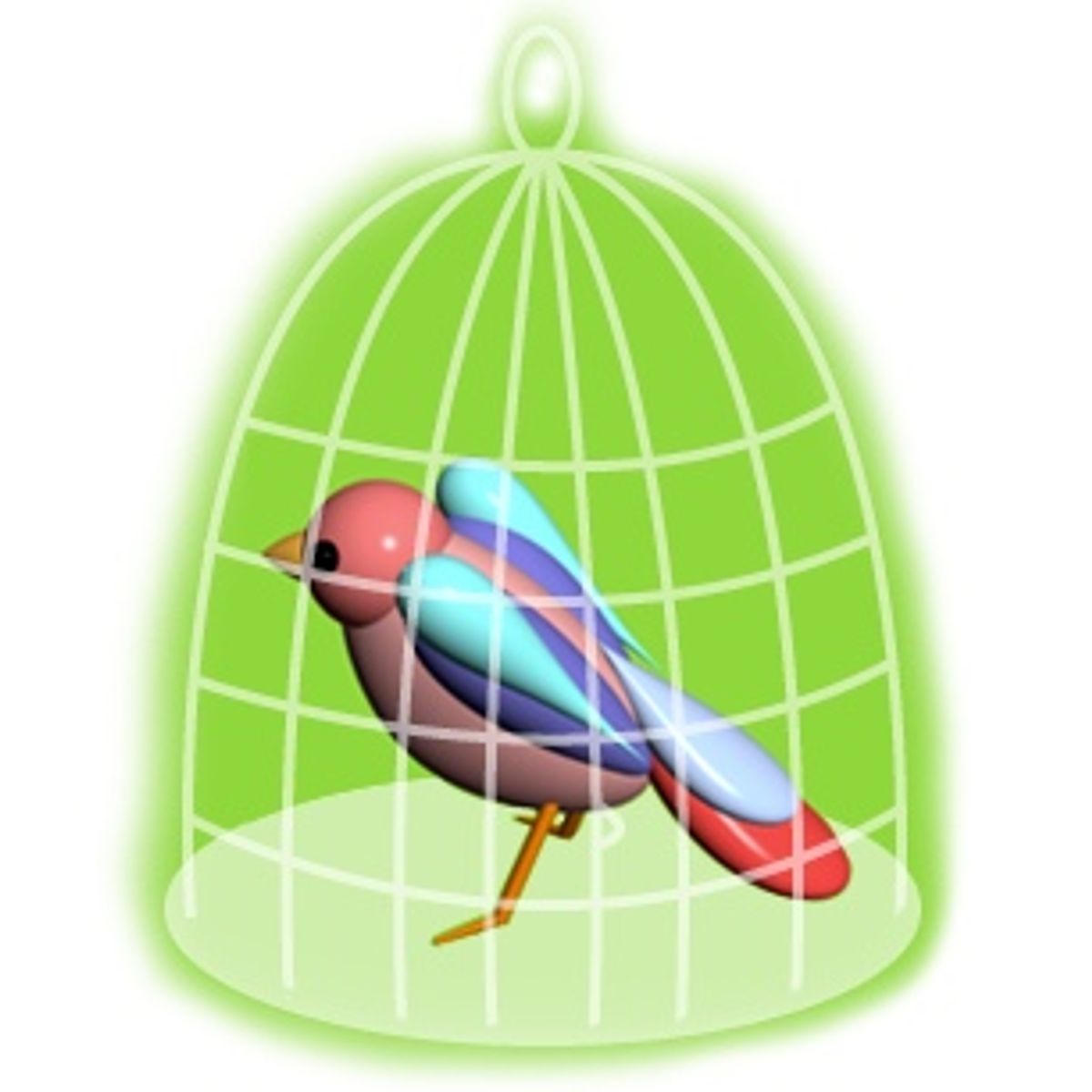 A week ago I began putting "Acquit Jon Johansen" posters up around the Massachusetts Institute of Technology, where I am a graduate student. Last Wednesday, I started handing out the same fliers to suits at the LinuxWorld expo in New York. On Friday, I stood at the corner of 42nd and Broadway competing with the flower lady for a piece of New York's mindshare. Hackers and geeks in 74 other North American and 26 other international cities did the same. The free-software community is up in arms, chanting for freedom and carrying pictures of Johansen, a 16-year-old Norwegian.

And just why was I freezing my toes on a Manhattan corner instead of warming my fingers on the keyboard of my laptop, hacking code? And why were geeks passing the hat at a LinuxWorld convention party the night before, raising cash for a Johansen defense fund? Forget the VA Linux buyout of Slashdot, or the latest rumor about which Linux start-up is about to go public -- right now, the Johansen case is the single hottest issue in the free-software/open-source world.

Maybe you haven't yet heard of Jon Johansen or DeCSS, the computer program he wrote last year. If the Motion Picture Association of America (MPAA) has its way, you never will. DeCSS is one piece of a set of programs that allow computers running Linux-based operating systems to play DVDs; currently there is no commercial software available to play DVDs on Linux. Through a not-all-that-difficult feat of reverse engineering, DeCSS unscrambles the encryption that previously prevented Linux fans from enjoying the pleasures of their favorite digital video disc.

To the MPAA, DeCSS is a tool for piracy. But the truly alarming fact about this case is that, under restrictions set forth in the Digital Millennium Copyright Act passed by Congress in 1998, the MPAA doesn't even have to prove that DeCSS has ever been used to make illegal copies in order to criminalize possession of the code. All the MPAA has to do is show that DeCSS can be used to subvert "access control mechanisms." So even legitimate owners of legally purchased DVDs can be arrested for viewing their own discs -- if they use DeCSS to view those discs on their Linux box -- or for telling other people that DeCSS can be so used.

On Jan. 20, a New York district court judge agreed with the MPAA, granting a preliminary injunction forbidding three online distributors of DeCSS from posting the program on any Web site or otherwise "trafficking in any technology" that does what DeCSS is purported to do.

The decision has been viewed as a major setback for open-source hackers. But whether DeCSS promotes piracy isn't even the real issue. To the hackers hard at work coding the world of tomorrow the real problem is the criminalization of source code. Hackers believe that source code is a form of expression, and that our First Amendment rights apply to the source code we create. But now a major showdown is brewing between the politics of free software and the status quo of intellectual property protection. It's not just about the dinosaurs of the pre-digital era striving desperately to hold onto their antiquated business structures against the coming flood of the future; it is most profoundly about our freedom to reconstruct computing as a tool to stave off a networked dystopia.

Do we want a future where corporations can obsessively monitor and nickel-and-dime us by charging for every single instance in which we look at or listen to a recorded piece of entertainment? Or do we want a world in which home use is free from surveillance and we, rather than some faceless, greedy conglomerate, control the hardware and software we own?

In his finding, Judge Lewis A. Kaplan cited United States v. Progressive, Inc. as precedent for his restraining order -- the case in which Progressive magazine intended to publish plans for a hydrogen bomb. And like a true advocate of national security, Jack Valenti, president of the MPAA, vowed patriotically to keep filing lawsuits until every Web site carrying the dangerous DeCSS program has been completely suppressed.

Normally, the confident hackers who hang out at places likes Slashdot.org -- where information on where to find the program is avidly distributed -- sneer at such attempts to control the dispersal of information. Already, the code in question has been transmitted back and forth across cyberspace so many times that it would be well nigh impossible to eliminate entirely. But even the hardcore Slashdot regulars were taken aback when the MPAA reached its arms across the ocean and obtained the arrest and interrogation of Johansen and his father in their Norwegian home.

Valenti's been here before. After all, he led the MPAA in its heroic crusade against Betamax and the home videotape recorder, which frightened studios said would surely bankrupt the film industry. That case went all the way to the Supreme Court, being decided in 1984 against the studios. Valenti's film industry bankruptcy failed to materialize. Companies like Blockbuster, which generate billions in revenue for the film industry, sprung up instead.

For their part, the hackers that Valenti has named "cyberthieves" are convinced that nothing less than the First Amendment right to free speech is at stake, and that their defeat will contribute inexorably to the slide of modern civilization toward police-state-style repression. To them, the DVD battle is one of the first major skirmishes since the passage of the Digital Millennium Copyright Act, a hotly contested law that dramatically increased the power given to copyright holders.

I've been standing on street corners handing out fliers that scream "Stop the MPAA," so you might be able to guess how I feel about the issue. It strikes to the core of how I see the role of the hacker in society.

Every day, in our increasingly networked world, our freedoms and privacy are being stolen from us. And most of us just let it happen -- most of us tend to accept our computer's workings as immutable, that we are chained to an irrational, vindictive, uncontrollable machine destined to rule over our 9-to-5 days.

But the machine is notopaque; the rules today need not be the rules of tomorrow. Hackers understand that politics follows code. We're busy writing the systems you'll be using tomorrow, and the forward-thinking among us are trying to program in the politics and culture we'd like tomorrow's computing to have. It is not by mere chance that the Internet today is uncensorable -- the engineers who built the Internet made it that way on purpose. Our concerns over protecting privacy, over fending off corporate dominance, are being reflected in the programs we're writing. Our programs don't snoop on the user; we embrace open-source software -- in which the underlying blueprints to a program are always publicly accessible -- as a way to clearly demonstrate that fact to the curious. After all, it's awfully hard to hide objectionable behavior when the whole program is readable.

We want to change the world. We're not at all sympathetic to defenders of the status quo like the Recording Industry Association of America and MPAA, two institutions vainly struggling to hold the globe in place, terrified of the changes that the digital revolution is bringing to their industries.

Traditionally our activism has been through writing code. At last week's LinuxWorld I heard repeatedly, "We're working on getting this coded before they see us coming. Once the code works they'll never be able to take it away from us."

But that's not enough. Increasingly the code-creates-politics circle has been closing as we've realized that the politics must be fixed to allow us to continue writing our world-forging code. The MPAA's case and the Digital Millennium Copyright Act are the most recent examples: We can't afford to roll over; we can't afford to let the MPAA criminalize our software. DeCSS will not disappear if the MPAA wins its case, but it will dangerously shift the balance of power away from users and back to corporations. The MPAA doesn't want anyone to even know how DVD encryption works -- ideally, it wants to criminalize the very act of discussing it. That potentially makes all of us criminals, and a society where everyone is a potential criminal is a police state; when everyone is a violator the police have the power to arrest at will.

To the uninformed, the fight over DeCSS might look like the latest hacker obsession -- sure to blow over as soon as the DVD industry starts licensing DVD player technology for the Linux-based operating system. But the key issue at stake here -- corporate control versus individual freedom -- is fundamentally important. It's reason enough for me to stand on a cold New York street corner, and it's reason enough for hackers to fight.

C. Scott Ananian is a graduate student at the Laboratory for Computer Science at MIT.