In the wake of Rwanda, Bosnia and Kosovo, academics turn trauma studies into a hot discipline. 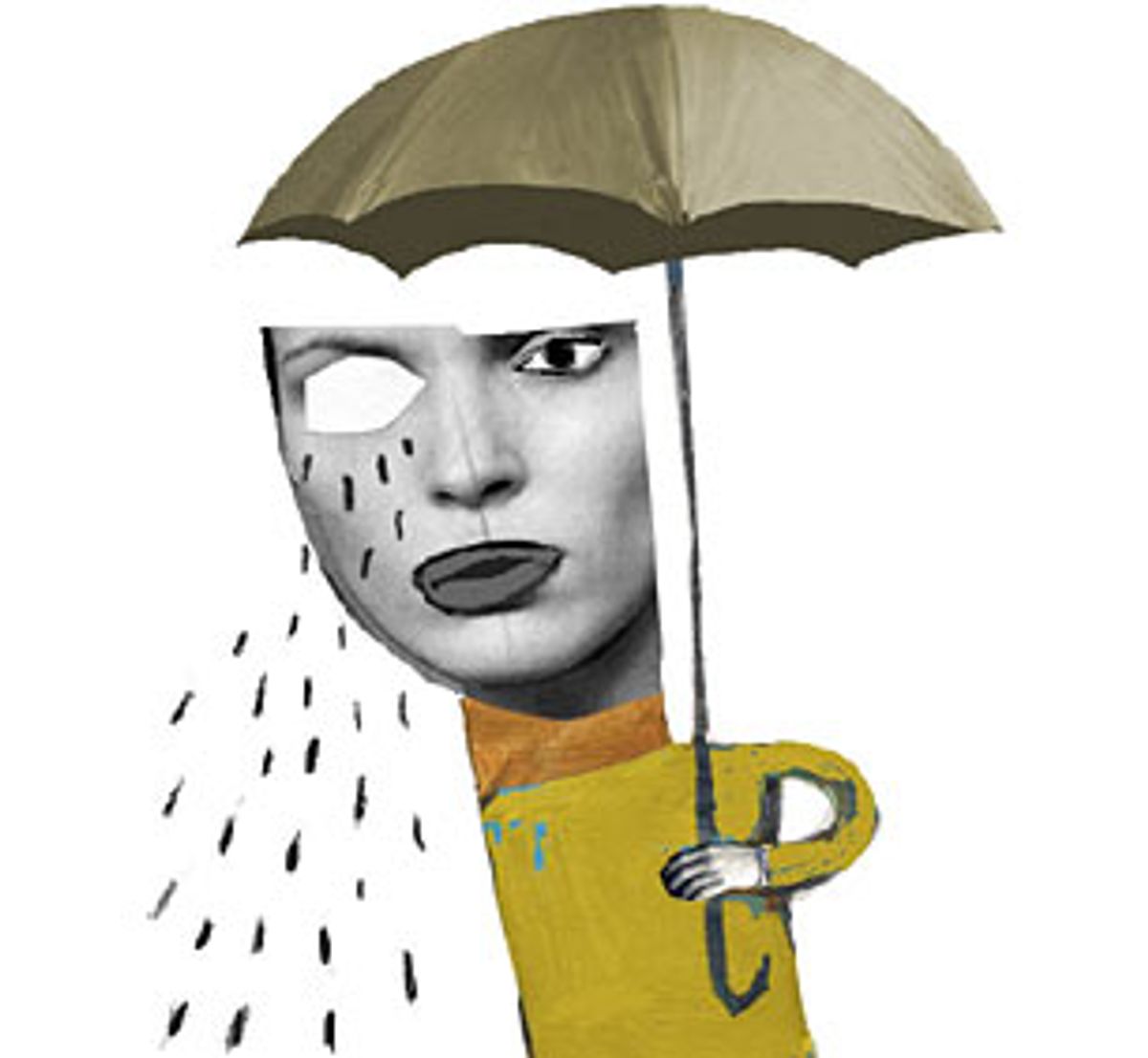 Trauma is becoming institutionalized. Until just a few
years ago, the study of psychological trauma was a
scattered, esoteric enterprise without a
formally recognized presence in the university. But in recent years, trauma studies has become a trendy
interdisciplinary offering at a half-dozen
universities around the U.S. and a handful of others
abroad.

Dr. Stevan Weine, a psychiatry professor at the University of Illinois, recently described his work with Kosovar refugees to a group of students at New York University's International Trauma Studies Program. In 1999, during a visit to Kosovo, Weine spoke with many people who had been raped or tortured. Listening to their stories, he noticed something strange: These people, unlike most of us who have experienced tragedy, were more than eager to talk about what had happened to them. "They wanted," said Weine, "to tell their story to everyone who would listen, especially the media, and above all, Bill Clinton."

Weine's anecdote hints at this combustible and compelling mixture of tragedy, politics and media that has given rise to the field of trauma studies, which has become one of the hottest -- some would say, most overheated -- fields in academe. In what seems a perfect marriage of public policy and academic theory, recent years have seen the convergence of a panoply of scientific and intellectual investigations around this subject. The aftermath of trauma is being researched in laboratories and analyzed by historians, literary critics and experts in media, law and psychiatry. Meanwhile, the effects of trauma proliferate in war-torn countries, clinics and courtrooms, as well as on Web sites documenting post-traumatic stress disorder among victims who range from survivors of ethnic cleansing to law enforcement officers.

It's no accident that Clinton was the intended audience for these stories. In addition to being the leader of the most powerful country in the world, he's probably done more than anyone since Sigmund Freud to make it acceptable to talk about psychic pain. Does the advent of trauma studies, as its advocates claim, mean the subject is simply receiving the long-overdue attention it deserves? Or does it mean, as others suggest, the triumph of victim culture; the saturation of public discourse with shocking stories?

There is no simple definition of trauma. Researchers claim to be targeting its underlying neurophysiology by linking trauma with shrinkage of brain tissue. Psychologists regard it as neither depression nor mental illness, but rather as an assortment of symptoms including nightmares, flashbacks, depression, amnesia, thoughts of suicide and states of disassociation that plague survivors of psychologically shattering events.

Charles Figley, head of the Psycho-Social Stress Laboratory at Florida State University and editor of the electronic journal Traumatology, explains that "our society has become more toxic and thus we react to events vicariously. This is due in part to the fact that our lives are more fraught with anxiety." Taking a more jaundiced view, others have proposed that ours is a "trauma culture" on the verge of drowning in a surfeit of tragic tales.

In the New York Review of Books, Ian Buruma takes a more skeptical view by suggesting that the current proliferation of Holocaust museums, memorials and memoirs feeds a ghoulish cult of vicarious traumatization. The most extreme example is Binjamin Wilkomirski, the Swiss writer whose Holocaust complex resulted in a "memoir" that used memories supposedly recovered under hypnosis to help reinvent himself as that most privileged of victims: the concentration camp survivor.

As psychoanalyst Ghislaine Boulanger explains, trauma has a cyclical history connected with times of extreme violence or social upheaval, such as the Holocaust, the Vietnam War and the feminist movement. Initially applied to Vietnam veterans, post-traumatic stress disorder was included in the criteria for insurance reimbursement for the first time in 1980 and later incorporated into studies on domestic and sexual abuse. But by the end of the 1980s, advocates of recovered memory were lumped with alien abduction and satanic ritual abuse theorists. This uninvited alliance was an embarrassment to the field.

The "ethnic cleansing" of the past decade may have placed trauma on the contemporary radar screen. In the 1980s, reports of torture or genocide in places like Chile or Sri Lanka failed to capture world attention, but more recently, events in Rwanda, Bosnia and Kosovo have generated a wave of protest. In the United States, clinics for torture survivors have become a cottage industry, and the field of trauma studies has acquired all the trappings of a discipline: academic programs, certifying boards, journals, electronic newsletters and international conferences.

New York University's International Trauma Studies Program is one example of trauma's new cachet as an academic subject -- evidence, according to its director, Jack Saul, that "trauma is here to stay." The program, now in its second year, provides specialized training for mental health professionals who work with trauma survivors. It tries to broaden the framework of training for all those who deal with trauma survivors and refugees. Saul stresses that professionals must abandon their neutrality and advocate for patients by educating them about their human rights.

Another feature of this training concerns the secondary effects of constant exposure to trauma. "Vicarious traumatization" refers to the fact that dealing with disasters is emotionally draining. A significant percentage of those who do so suffer from burnout and symptoms of PTSD. Aside from high turnover rates, "vicarious trauma" creates more serious problems, such as "re-traumatizing" the client. It's not uncommon for immigration lawyers to vent by becoming sadistic and treating their clients as liars or malingerers.

Police departments have recognized the phenomenon as a factor in police brutality. Web sites maintained by Vietnam veterans and ex-police officers routinely invoke books like "Copshock," which makes the alarming claim that 20 to 30 percent of law enforcement officers working in urban areas will develop post-traumatic stress disorder. The exculpatory potential of such claims was illustrated by the father of Justin Volpe, the officer who sodomized Abner Louima in 1997. Volpe's father pleaded stress-related disorder in defense of his son, who claimed he couldn't remember what happened. (Volpe is serving 30 years after pleading guilty to violating Louima's civil rights.)

It's no wonder that one issue at the center of trauma studies is the relation between trauma and the stories told about it in courts, the media and art. Weine, the Illinois professor, cautions that questions about the quality of testimony cannot be ignored, given the legal and political issues at stake, and evidence of the ease with which these stories can be manipulated, whether by therapists with their own agenda, or by radical ethno-nationalists solely interested in settling old scores. Trauma is increasingly vulnerable to counterfeiting and misrepresentation. As Steven Reisner, a psychoanalyst who teaches at NYU's trauma studies program, puts it, trauma sells, and people are rushing to cash in before its currency becomes devalued.

If the challenge for trauma experts lies in evaluating patients' stories, this task seems to be growing more and more difficult. How, for instance, does it complicate our notions of trauma that police officers are now claiming the status of trauma victims, or that the Kosovars have turned out to be every bit as brutal as the Serbs? Reisner predicts that the current trauma activism in Kosovo will end badly. The desire for clarity simply won't hold up; recognition of Kosovar crimes will overburden the narrative of bad Serbian and good Kosovar.

Reisner strikes a more positive note in tracing the value of trauma to a shift in the political landscape. "What's different today," he says, "is that the voice of human rights as a moral compass has become clearer." Public discussion of torture in Chile, for instance, is no longer so easily obscured by anti-communism. But if the tendency on the right is to downplay human rights abuses, the left has been no less guilty of its own myopia. In its desire to set the historical record straight, it sometimes naively accepts stories that prove false upon closer scrutiny.

Many trauma scholars invoke the possibility that the Clinton years made suffering a topical and valid course of study. According to Ernie Duff, director of a community outreach center in Queens, N.Y., refugee mental health was once considered a soft service with low budgetary priority, but it has gained credence under the Clinton administration. Five years ago, says Janet Chassman, head of New York state's Department of Mental Health Trauma Initiative, no one wanted to hear about the aftermath of suffering. Now it's everywhere, which she attributes to the policies of the Clinton administration. For example, in New York City, two-thirds of patients with serious mental illness have now been diagnosed with trauma histories.

Will the preoccupation with trauma die with the Clinton administration? Some people may hope so. Listening to disclosures from Clinton, Monica Lewinsky, Henry Hyde and Newt Gingrich may be hazardous to public health: Like vicarious traumatization, it can induce exhaustion and nausea.