Platform shoes get the boot in Osaka 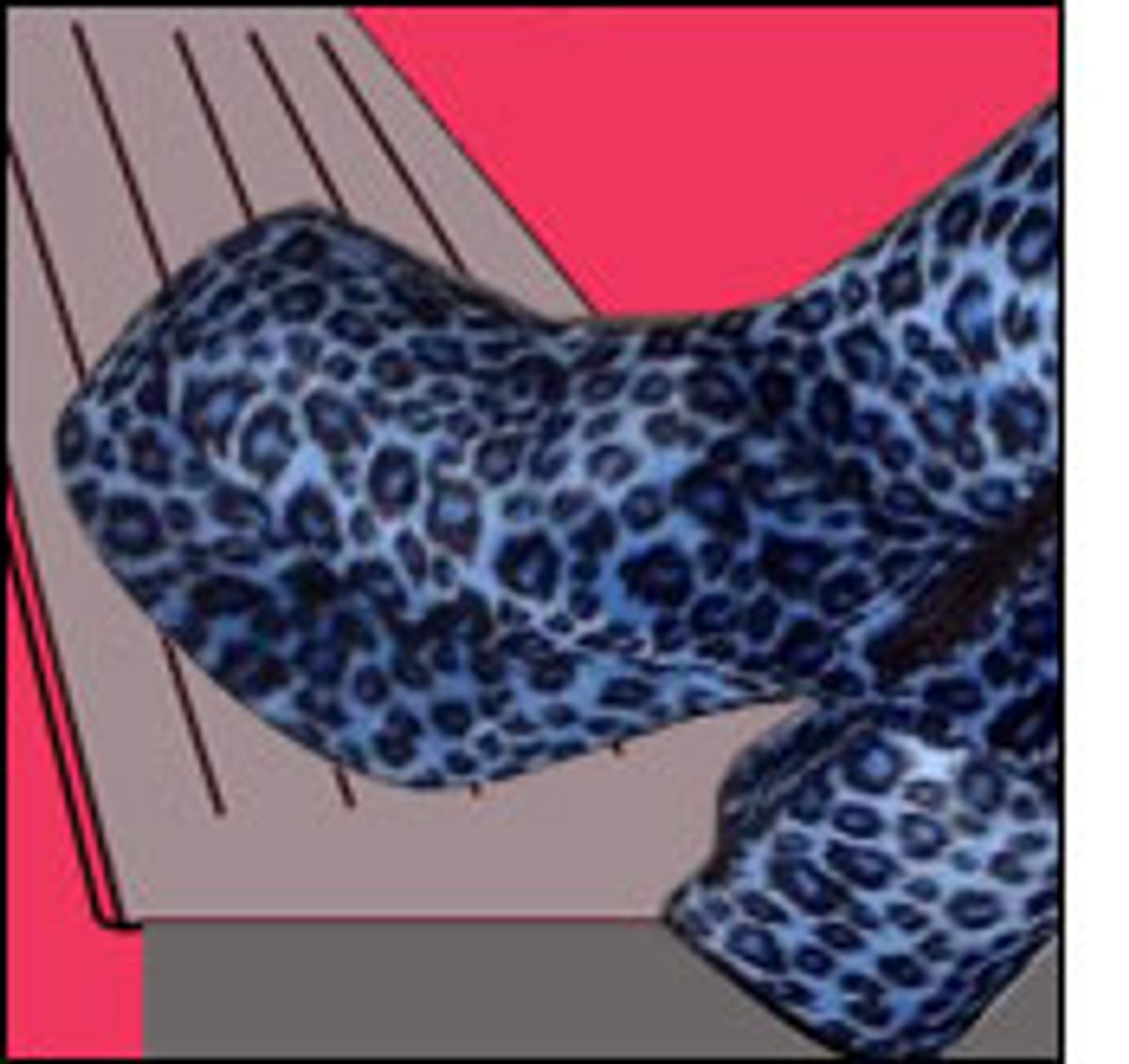 Gene Simmons could play bass in them, but in Osaka, Japan, you will no longer be
able to drive in 'em. Local police have announced plans to prohibit
motorists from wearing platform shoes, the footwear of choice of trendy
young things who, according to a Reuters report, also favor "dyed blond
hair, skimpy skirts and glittering eye makeup."

Osaka officials believe the precipitous platforms are the cause of numerous
car accidents because they slow down drivers' response times, especially
when they must brake quickly during an emergency. In November, a
passenger died in a collision in which the driver, a young woman, was
wearing high heels. The police hypothesized that her sky-high shoes
had prevented her from braking properly.

Osaka's cops are now conducting tests to prove their theory is correct. If
it is, teen queens and drag queens will have to leave their platforms at
home, along with house slippers and geta (traditional wooden clogs), which
are also illegal to wear when driving.

A traffic department official told the Associated Press, "Common sense says
platform heels are dangerous for driving, but we're going to prove it
scientifically for the first time."

Maybe they can prove that they aren't made for walking, either.