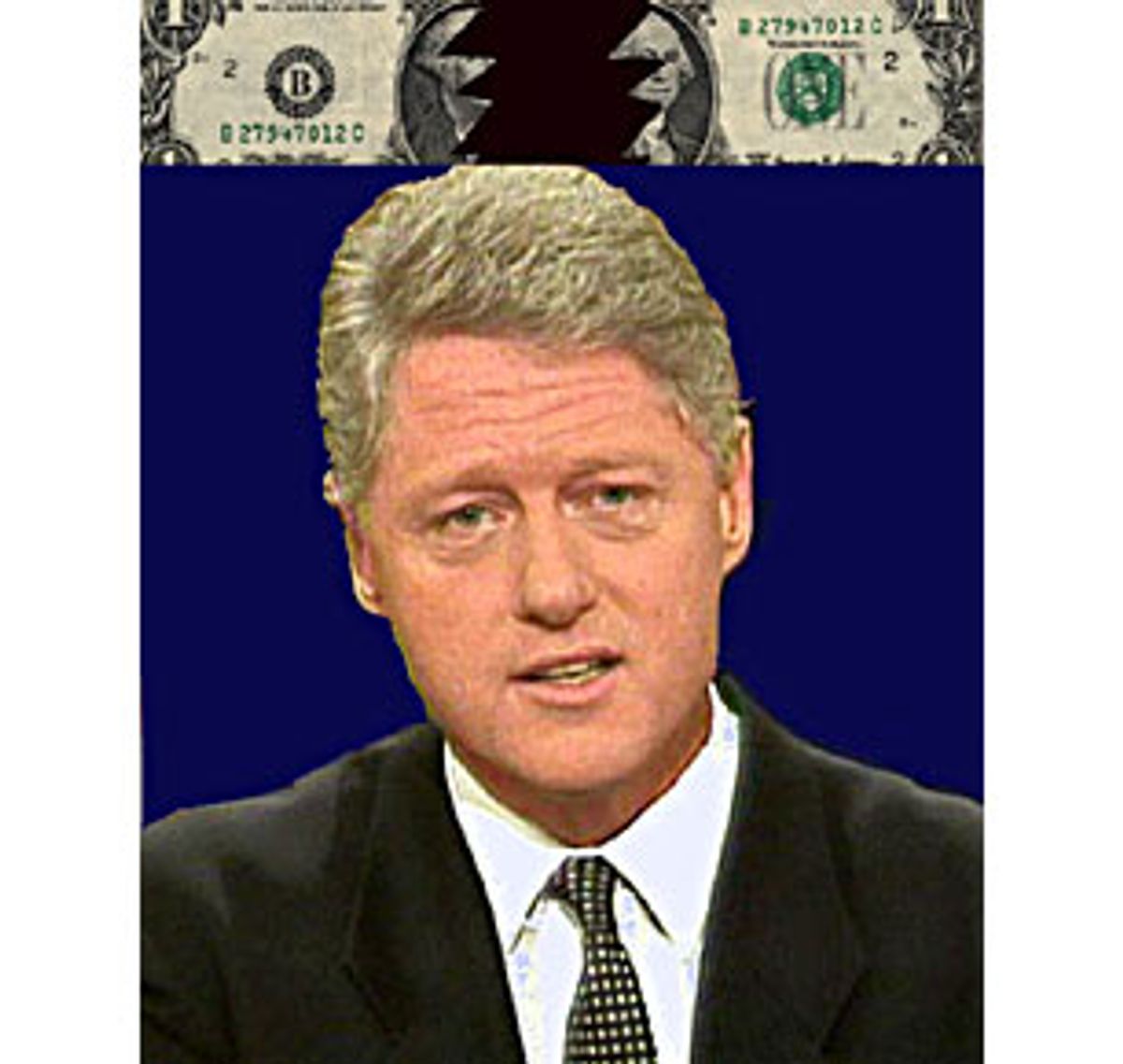 Who would be overlooked by the Clinton administration's proposed $30 billion College Opportunity Tax Cut plan? Any family that doesn't make enough money to afford higher education in the first place.

This latest effort to expand tax benefits for those paying tuition purports to build bridges of opportunity to the 21st century. Yet for all the egalitarian talk, working-class and minority Americans are being shut out of higher education at an increasing rate -- by the very programs claiming to open the door. That's because tax breaks benefit only those who can 1) initially come up with the cash for which they'll later be reimbursed and 2) pay enough in taxes to qualify for the credits in the first place. That leaves out the truly disadvantaged.

Nowhere in Clinton's rhetoric will you hear who the real beneficiaries of his latest college-financing program are: the middle- and upper-middle classes. Voters. The people who, by and large, do not fill out E-Z tax return forms. The plan won't increase by one student the number of kids attending college; it will just make it easier for the kids who are already going.

"Tuition breaks written into the tax code ... amount to a new entitlement for middle- and upper-middle-income citizens," says Larry Gladieux, executive director of policy analysis for the College Board. Meanwhile, the Pell grant, which targets low-income students, still lacks guaranteed financing from year to year, and increases have come slowly and in small increments.

Clinton's latest budget, for instance, proposed raising the maximum Pell award just $200 to $3,500 -- which means Pell buys about $1,000 less of a college education than it did in 1978. "Right now the whole system is tilting toward the middle- and upper-middle class," Gladieux says. "It needs a better balance."

If Clinton really wanted to boost college opportunity, he'd deliver his next speech from the home of Jerry and Penny Robertson in the Roanoke, Va., neighborhood of Norwich.

Not long ago I drove to Norwich in my Volvo station wagon, a car so safe and durable -- so the Volvo salesman assured me when I bought it -- that my toddler son would one day drive it off to college. The salesman had sized me up and assumed that my kids would go to college.

Nobody assumes that about kids from Norwich -- eight blocks of overgrown lots and single-story, shotgun houses where yard sales are ubiquitous. Homeless people and residents of a housing project loiter the streets, and smokestacks belch from a nearby foundry. It is said that no kid from Norwich had ever gone to college before the Robertsons' daughter Theresa came along. Five years ago, Theresa promised college admissions counselors that she would overcome her origins as the daughter of a truck driver and a hospital receptionist and be the first in her family to graduate from college. Both she and her sister qualified for full financial aid.

Neither Penny nor Jerry Robertson attended college; Jerry dropped out of school in the eighth grade. But the Robertsons valued education and realized when Theresa was 4 -- and read aloud a billboard sign that said "Southern Refrigeration Corporation" -- that education might be their daughter's ticket out of poverty.

And so it is proving to be. Theresa recently moved to a tony apartment in Santa Barbara, Calif., where she works for a software-development company.

Theresa graduated in June 1999 from Harvard University with a 3.3 grade-point average and a dorm award honoring her for "exemplifying what a Harvard student should be." The diploma came courtesy of a lot of hard work and all-nighters. But the chance to study with this country's finest minds, at a cost of $32,000 a year, was provided by a Pell grant, Theresa's work-study job, some private scholarships, student loans and an anonymous donor who'd read about Theresa's academic talents in her local newspaper. Lacking any of these piecemeal bits of funding -- not to mention the ability to tough out an environment where her classmates summered abroad and, as she put it, had the "luxury to sit around all day and deconstruct Marx" -- Theresa would not have been able to attend Harvard.

The College Opportunity Tax Cut plan would not have helped her family. Because tax benefits work retroactively and because low-income families don't pay enough in taxes to qualify for tax credits, Clinton's plan would have made no difference in her success story.

The government's shift in higher education funding does not consider people like Theresa Robertson. Hope and Lifetime Learning tax credits (of which the College Opportunity Tax Cut plan is an expansion), prepaid tuition programs, merit-based scholarships and emphasis on student loans rather than grants -- these initiatives are all targeted to middle-class kids who would be attending college anyway.

"There's been a complete refocusing of the financial-aid system away from the people who need it," claims Tom Mortenson, senior scholar for the Council for Opportunity in Education. Mortenson advocates doubling the annual Pell award to between $6,000 and $7,000. "We've shifted from a need-based financial-aid system to a greed-based system," he says.

The Pell grant was created in 1972 to help the United States keep up with other countries' advances -- and, as the grant's author, Rhode Island Sen. Claiborne Pell, put it, "to make up for the absence of a rich daddy's checkbook." Since 1980, adjusted for inflation, tuition has more than doubled while the value of the maximum Pell award has dropped 25 percent. Twenty years ago, a rich kid was six times more likely than a poor kid to go to college. According to Mortenson's research, today he is 10 times more likely to attend.

Over the next 15 years, the college-age demographic will grow by nearly 25 percent, a boom education experts call "Tidal Wave II." Roughly two-thirds of that increase will come from students like Theresa Robertson: low-income whites, immigrants and minorities who would not be able to attend college without significant government aid.

How the United States deals with Tidal Wave II will have vast implications for both rich and poor. While global competitiveness skyrocketed in the 1990s, the percentage of skilled workers actually declined. Not only is education still the bridge over this country's cultural and economic divide, it's the key to America's economic health.

Theresa Robertson is genius material from the wrong side of town, and more than enough proof that not every promising kid is rich. "Society is constructed where you don't seem to have a lot of really smart kids in the working class," Theresa says. "But that doesn't mean they're not there."

The Robertsons nurtured their daughter's intelligence by reading to her often and enrolling her in special programs. But ultimately, it was college that ensured Theresa's position as a productive citizen.

"We forget that intelligence and creativity are not distributed according to income," says Tom Wolanin, a Pell grant historian and research professor at George Washington University. "To not develop the intelligence of people who lack the ability to pay for education is a loss to all of us."

As politicians debate the amount of money they'll put into need-based programs like Pell, they must remember that not every smart high school senior travels abroad and has a stock portfolio to fund her trip to Harvard. Access to higher education levels the playing field more than welfare, more than "opportunity" tax breaks and more than a minimum-wage job answering hospital phones.

It is still the safest passage out of the neighborhood Theresa Robertson calls home.

Beth Macy is a writer in Roanoke, Va., who also teaches at Hollins University.