Unhappy Indian families are unhappy in their own way, too, the author demonstrates in this Booker Prize finalist. 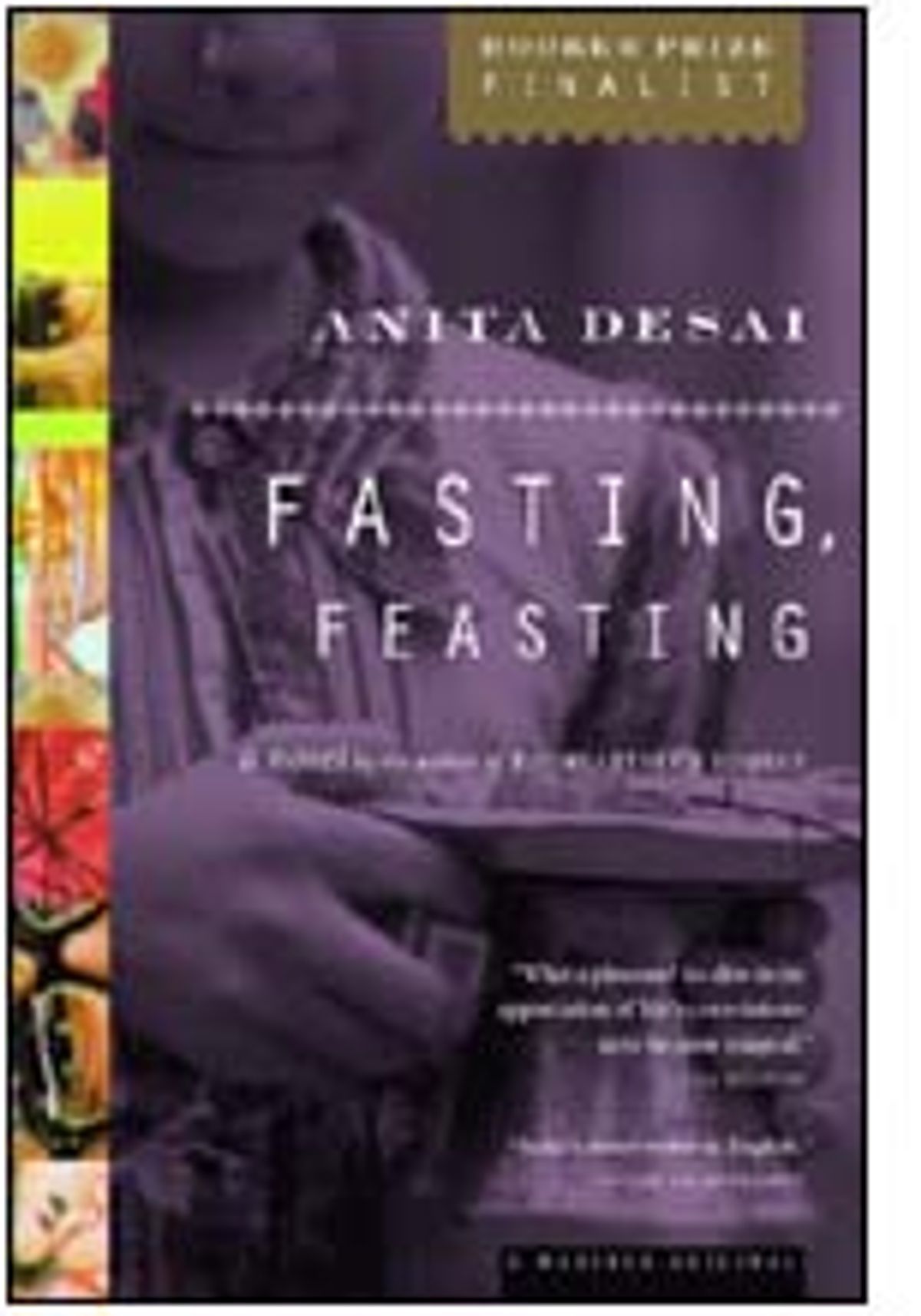 Anita Desai is a wonderfully subtle writer who achieves her powerful and poignant effects by stealth rather than by direct action. Her latest novel, "Fasting, Feasting," a finalist for last year's Booker Prize, tells the apparently spare story of one Indian family and the varying fates of its two daughters and single son; it is only on the novel's final, quiet page that Desai's intricate structure becomes clear and the complexity of her emotional insight makes itself felt.

She opens her story with a busy domestic scene, as the parents -- who have such a fused authority that they are often referred to simply as MamaPapa -- fussily ask whether daughter Uma has given orders to the cook and prepared a package for son Arun, who is studying in America. In the novel's present tense, Uma is a gray-haired spinster living under MamaPapa's demanding rule. In flashbacks scattered through the novel's first part, we gradually see how Uma arrived at this imprisoned state.

Uma is an eager, thwarted character of genuine pathos: Clumsy, nearsighted, slow, she is treated with neglectful impatience by her parents and with some condescension by her smart and pretty younger sister, Aruna. Her greatest happinesses occur in moments of near oblivion, as when she succumbs to a fit in an ashram to which her pious Aunt Mira-Masi has taken her (the fit is interpreted as possession by the Lord), or when she nearly drowns in the Ganges during a religious ritual but is saved, much to her dismay, by scolding relatives.

Uma resembles the good, frustrated woman in a Victorian novel, which is unsurprising given this family's traditional structure. When Arun is born, the family's resources are poured into his physical and intellectual nourishment. For the girls, the sole future is marriage. The arranged marriages produce their own painful comedy when Uma proves difficult to pair off: "Mama worked hard at trying to dispose of Uma, sent her photograph around to everyone who advertised ... but it was always returned with the comment 'We are looking for someone taller/fairer/more educated, for Sanju/Pinku/Dimpu.'" Twice the family is duped into handing over a dowry as part of an unsuccessful engagement -- a shame that clings to Uma forever after, though she is blameless in both situations. Inevitably, Aruna's marriage is a glamorous triumph, taking her off to a new metropolitan life in Bombay.

Although perpetually cheated of opportunities -- a benign doctor's attempt to give Uma a simple job is swiftly quashed by MamaPapa -- Uma is not jealous of her siblings, exactly. When Arun receives his longed-for acceptance from an American university, Uma notices her brother's blank joylessness: "All the years of scholarly toil had worn down any distinguishing features Arun's face might once have had." With a deft touch, Desai shows us that MamaPapa's ambitions for Arun are as stifling as their lack of ambition for Uma, and that Uma's brief spiritual ecstasies have given her moments of self-expression that Arun has yet to enjoy.

Two-thirds of the way through "Fasting, Feasting," the narrative abruptly shifts to present-tense Boston, where gloomy Arun is spending his own captive summer lodging with an American family, the Pattons. Though Desai knows Boston (she lives in Cambridge), her footing here does not seem as firm. The Pattons speak an oddly anachronistic American ("India -- gee!") and exist largely to flesh out the metaphors of surfeit and want that are at the heart of Desai's careful creation. Thus, the Pattons represent excess: The father barbecues great slabs of meat, the mother overfills vast shopping carts and the miserable daughter binges on endless candy bars. Arun is comically appalled by these physical and emotional hungers; if the contrast with India seems overschematized, his wistful, belated appreciation of home comforts is real and vivid.

"Fasting, Feasting" is a novel not of plot but of comparison. In beautifully detailed prose Desai draws the foods and textures of an Indian small town and of an American suburb. In both, she suggests, family life is a complex mixture of generosity and meanness, license and restriction: The novel's subtle revelation is in the unlikely similarities. In one dark moment, Arun recognizes in the Pattons' bulimic daughter a version of his own unhappy sister Uma, and the shock provokes a reflection on these two frustrated women: "But what is plenty? What is not? Can one tell the difference?" Desai's novel is a moving, eloquent exploration of that question.

Sylvia Brownrigg is the author of a novel, "The Metaphysical Touch," and of a short-story collection, "Ten Women Who Shook the World," that will be published later this year.She is a frequent contributor to Salon Books.