Our travel expert offers advice for immigrants heading home, tips for finding lodging in Guatemala and discouragement on the Madrid-Bilbao drive. 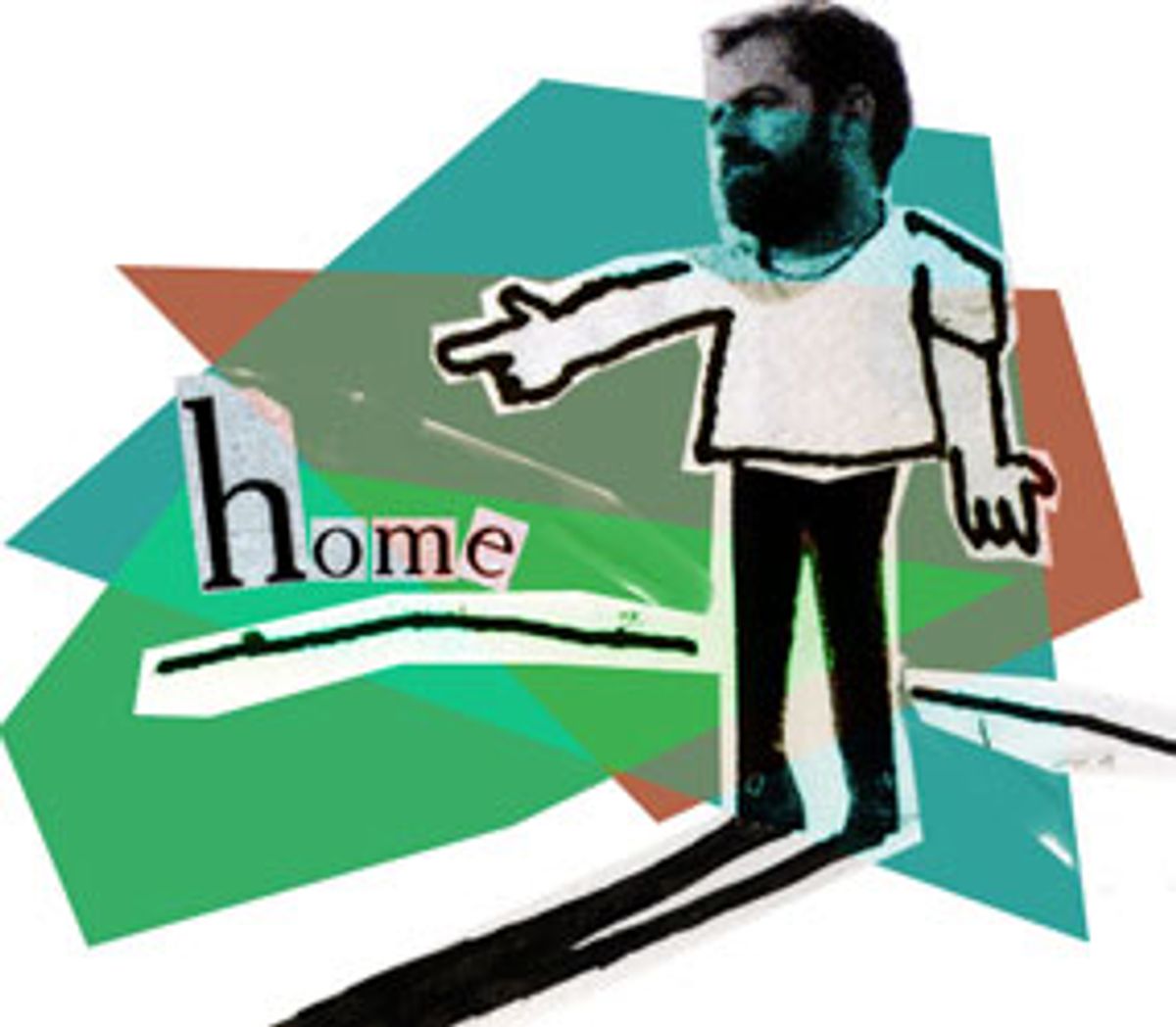 I am looking for a travel agent who specializes in arranging travel for immigrants who regularly return home. Is there anyone in that category on the East Coast or nationally? The nationalities I have in mind are British, Irish and Dutch.

Yes -- with a little digging you should be able to find travel agencies or tour companies that specialize in a destination for nationals or immigrants who want to return to the old country for a visit or longer stay. I don't know of any ImmigrantTravel.com site, but there are several ways to go about finding agencies to help you.

Sometimes the companies are large, well-established and cater to the general public. Other times they are small and devoted to a tiny niche market. For instance, Chinatowns around the country often have neighborhood travel agencies whose business focuses on Chinese-Americans who return occasionally to Hong Kong or China or Taiwan or elsewhere in Asia.

There's usually no special fare for immigrants, mind you, but agents with expatriate or immigrant customers know how to find the best deals and consolidator fares for their clientele.

For many European destinations, the fastest route is to contact the U.S. branch of the national tourism offices and ask if they have a list of travel agencies. Another approach is to pinpoint a city with a large number of immigrants and check out travel agencies there.

The Netherlands Board of Tourism site has a link for Holland travel professionals that can help you pin down an agency for making travel plans. Click on the state you plan to travel from, and the site presents a list of knowledgeable agencies. The Holland site also has a back to your Dutch roots page.

The Irish Tourist Board site has a How to Get Here link through which you can find tour operators. It also has a Shamrock Club link, where you can find agents who have completed special training in booking trips to Ireland.

The British Tourist Authority is developing a BritAgent Program that is testing and registering travel agents and is expected to be in place for public use this spring. In the meantime, you might contact an agent that is part of the Scottish Tourist Board program called SCOTS -- Specialist Counselor on Travel to Scotland. Trained agents are listed in a free guide available from the BTA, phone (800) 462-2748. The Scottish Tourist Board site may also help.

A note of caution: The California Attorney General's Office has investigated some travel agencies that have not registered as required by state law. For your own protection, deal with registered agencies in states that have such a requirement, or those that belong to a trade group such as the American Society of Travel Agents.

I will be in Madrid for one day in early June and I want to visit the new Guggenheim Museum in Bilbao. I don't want to fly because I will have just
finished a transatlantic flight. How can I get a driver to take us there, and how long a drive is it?

You might want to reconsider your plan -- Rocky Balboa himself would have a grueling time doing Bilbao by car from Madrid in one day. Even if the driver were waiting right outside customs and there were no complications, the Madrid-Bilbao drive would take about five hours.

A spokesman at the Tourist Office of Spain strongly recommended flying as the better course -- 45 or 50 minutes each way.

However you go, contact the Guggenheim Bilbao to check on ticket availability, hours and closings. With your narrow timeframe, you wouldn't want to show up and find yourself unable to gain admission.

If you're determined to go the chauffeured route, here is the tourist office's list of companies that have cars and drivers for hire in Madrid:

For travelers with more time who don't want to fly to Bilbao, another option is the train. The Spanish train service, RENFRE, makes the run between the two cities a few times a day, starting with a train departing from Madrid at 4:08 a.m., arriving in Bilbao at 10:35 a.m. -- nearly six-and-a-half hours en route. The one-way fare for that train is about $63 in first class, $45 in second class. There's also an overnight train that leaves at 10:45 p.m., arriving Bilbao at 7:30 a.m. Sleeping space would cost extra.
Spanish train schedules change with the season, so call Rail Europe at (888) 382-7245 to check the latest schedules and prices.

If you decide to stay over in Bilbao, be advised that the <Guggenheim Bilbao has attracted huge numbers of visitors since it opened in late 1997, creating a hotel crunch. In other words, book well in advance. A recent book with a section on Bilbao is the Cadogan guide to Spain, by Dana Facaros and Michael Pauls (1999).

I'm pricing lodging for Guatemala. The guidebooks say that hotels in Guatemala are inexpensive, but the agent I'm dealing with is quoting a price at one lodge near Tikal at $160 per night, including dinner. Is she inflating the price, or what?

If you're interested in getting the best lodging deal, it's always a good idea to do a little cross-checking. Agents usually get a commission, but especially when dealing with specialized properties abroad, some booking companies add their own fee. Simply ask your contact if a fee is being added. It could be you'll consider the fee or service charge is worth the time it saves you, but it's good to establish that for comparison's sake.

You then can contact the property directly and ask what the rates would be on the dates you plan to stay.

While not every hotel has a Web site or even posts its rates, you can often locate hotel contact information through sites such as Ingaut.net.

Here's another possible reason for the high rate you were quoted: Even in regions with generally low rates, there often are a few properties geared to well-heeled travelers. They offer a higher standard of service and accommodation, and the meals are more extensive.

Supply and demand comes into play, too. If it's high season and there only one luxurious eco-lodge in the area, it's a seller's market and the price is bound to be higher.

A recent column on rules for when airline passengers must report to the gate for boarding drew this anecdote from a reader:

I was interested to read the topic about missing a flight, despite getting
there in advance. The traveler you described had missed an international
flight, because he arrived 42 minutes in advance.

I can do you one better. Last year, my daughter missed a Delta flight from
Boston to Atlanta, despite arriving two hours in advance -- the two hours
were spent in line. We live in Boston, and Elizabeth goes to college at
Emory, in Atlanta. We are very familiar with Delta's long lines, so we
always get to the airport well in advance. If I recall correctly, this was
early January 1999, and I anticipated holiday travelers and college
students, so we arrived exceptionally early.

What happened was that Delta had an inadequate number of people at the
baggage check-in, when both outgoing domestic and international flights were pending. There were hundreds of people in line. So, by the time any traveler got to the front of the line, they had missed their flight. Thus, the
check-in personnel were spending all their time rescheduling travel, which
made the line even slower. When we did finally get to the front of the
line, the lady at the check-in very officiously told us that we should have
brought the situation to someone's attention, while we were in line. What
crap. Everyone was late! The line literally took two hours! If a Delta supervisor had asked "Is anyone in danger of missing a flight?" every person in the front half of the line would have responded.

The good news, sort of, is that Elizabeth did not actually miss her flight.
She would have, but Delta canceled it on her. She was then scheduled on a
later flight, which they canceled (after I had driven home). She finally
got out the next day.