Italian police are still looking for the suspect. 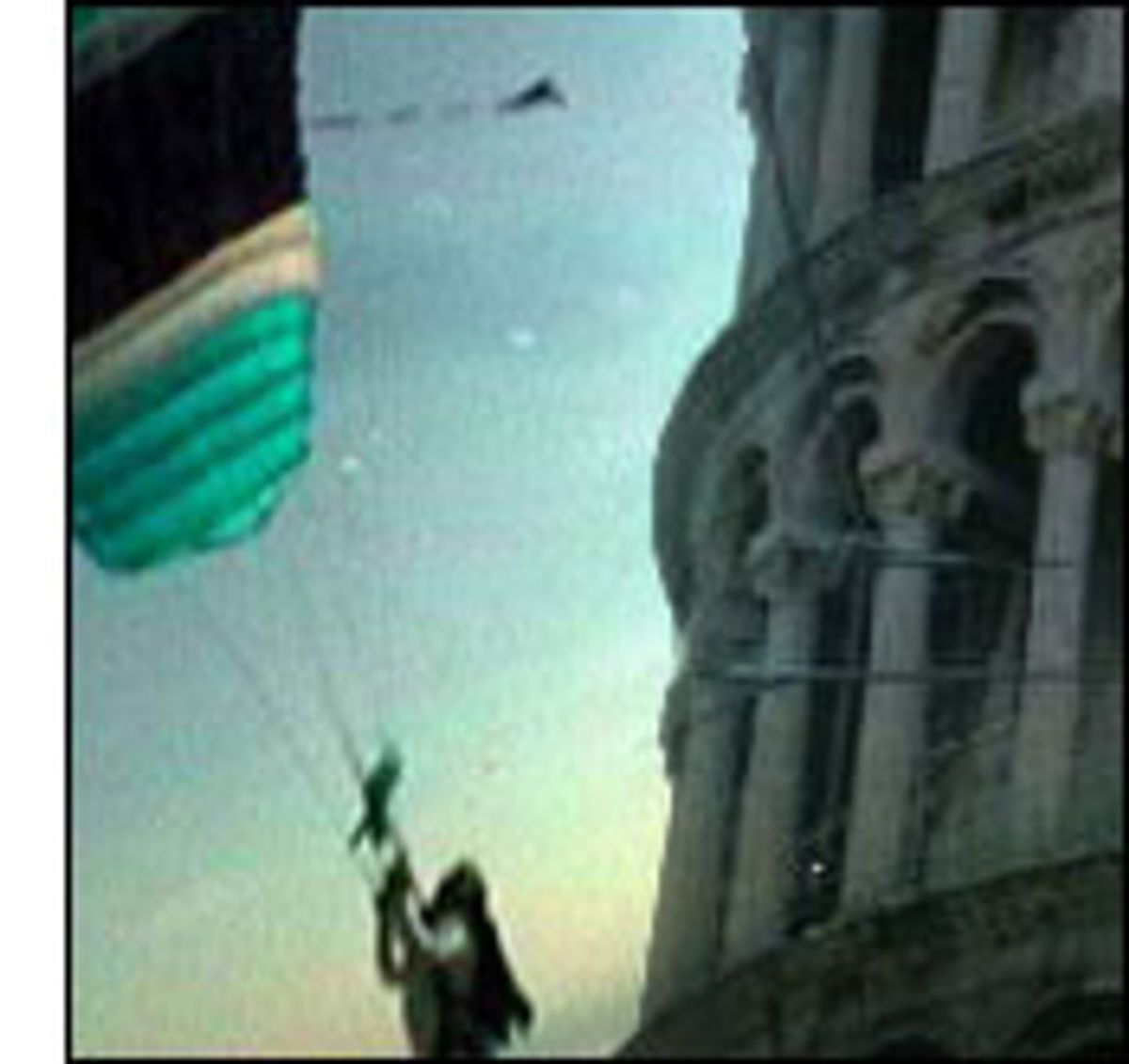 What's it like to leap off Italy's Leaning Tower of Pisa?

A Norwegian BASE jumper -- BASE stands for buildings, antennae, spans and earth, the four fixed objects from which BASEjumpers parachute -- claims to know.

According to the Associated Press, a "mystery skydiver" dived off the
cylindrical tower earlier this month, but ran away before monument workers
could catch him. Authorities aren't convinced the Norwegian jumper is actually the figure who jumped.

The precarious tower, which dates from the 12th century, has been closed
since 1990 because it is in danger of collapsing.

Arne Aarhus, the 24-year-old Norwegian who said he pulled the stunt, did not seem overly concerned about becoming road pizza or destroying a building that goes back to the Middle Ages. He was more excited about the reaction he got. He told Oslo's Verdens Gang newspaper, "People were stunned and then there was total chaos."

Because he wanted a picture of himself in front of the tower, Aarhus said he
and his accomplice returned an hour after he jumped. He boasted, "People
were still standing there pointing upwards, while police collected their statements."

The tower's officials weren't as amused as Aarhus. They have been working
arduously to save the structure, and just last year were able to slow down
its sinking rate, which had been increasing with each passing year.

So did Aarhus undo all of their hard work? If so, perhaps the Italians
should ask him for that extra $4 million they need to finish the
restoration.