The girl escapes, but the father wants retribution. 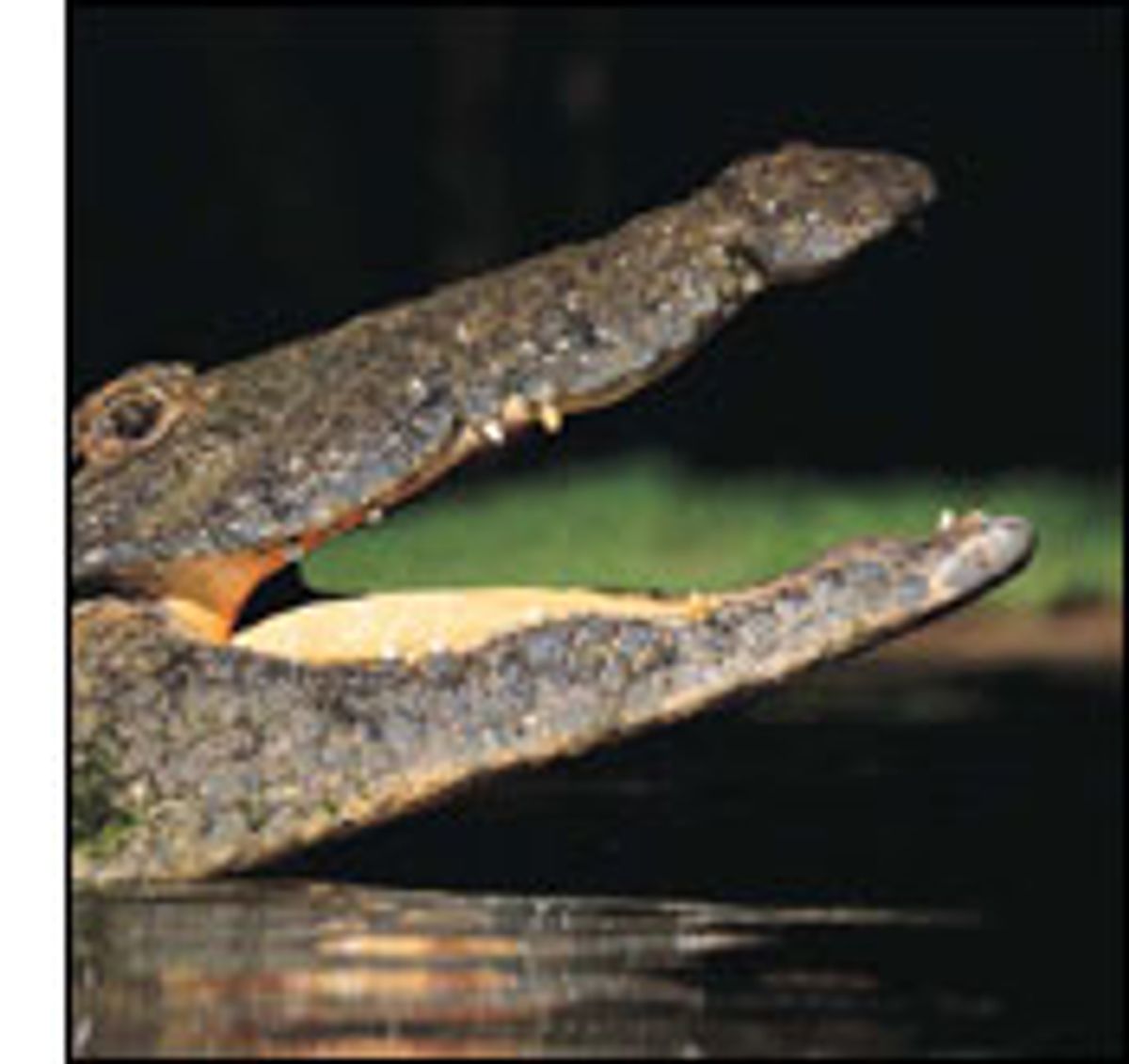 When you live in Australia's Northern Territory, where saltwater crocodiles
have been protected since the 1970s, you need to be careful where you do
your turtle hunting.

Early in February, according to AAP Information Services, Roy Harrington
took his 8-year-old daughter, Martina, and 5-year-old son, Paul,
hunting for little snappers in a stream near his home.

What they found was one very large snapper. Harrington told the news
service that his daughter thought the bubbles and waves she saw in the water
moving toward
her signified the presence of a turtle. "She said, 'There's one, there's one,'"
he said.

The giant reptile leapt out of the murky water and attacked the girl. "I
could see it pulling her down," said Harrington.

Luckily, little Paul came to the rescue. He grabbed the croc by the tail,
and when the beast threw up its head, Harrington explained that it "gave
Martina a chance to get her feet out of his mouth."

The children's father was unable to move because he was stuck in thick mud, but
he was able to swing his ax at the crocodile, and he eventually killed it.

He then rushed his injured daughter to a nearby clinic, where doctors
treated her wounds but did not stitch them in order to avoid infection.

Harrington described his daughter as looking "like someone got to her with a
butcher knife," and now he wants "something to be done" about the crocodile
population near his home. But crocodiles are still considered an endangered species in the Northern
Territory.

You've just got to watch out for those tiny bubbles.