"City of God" by E.L. Doctorow

Let there be enlightenment: harrowing stories of war and vengeance interleaved with a strange tale that starts with a stolen crucifix. 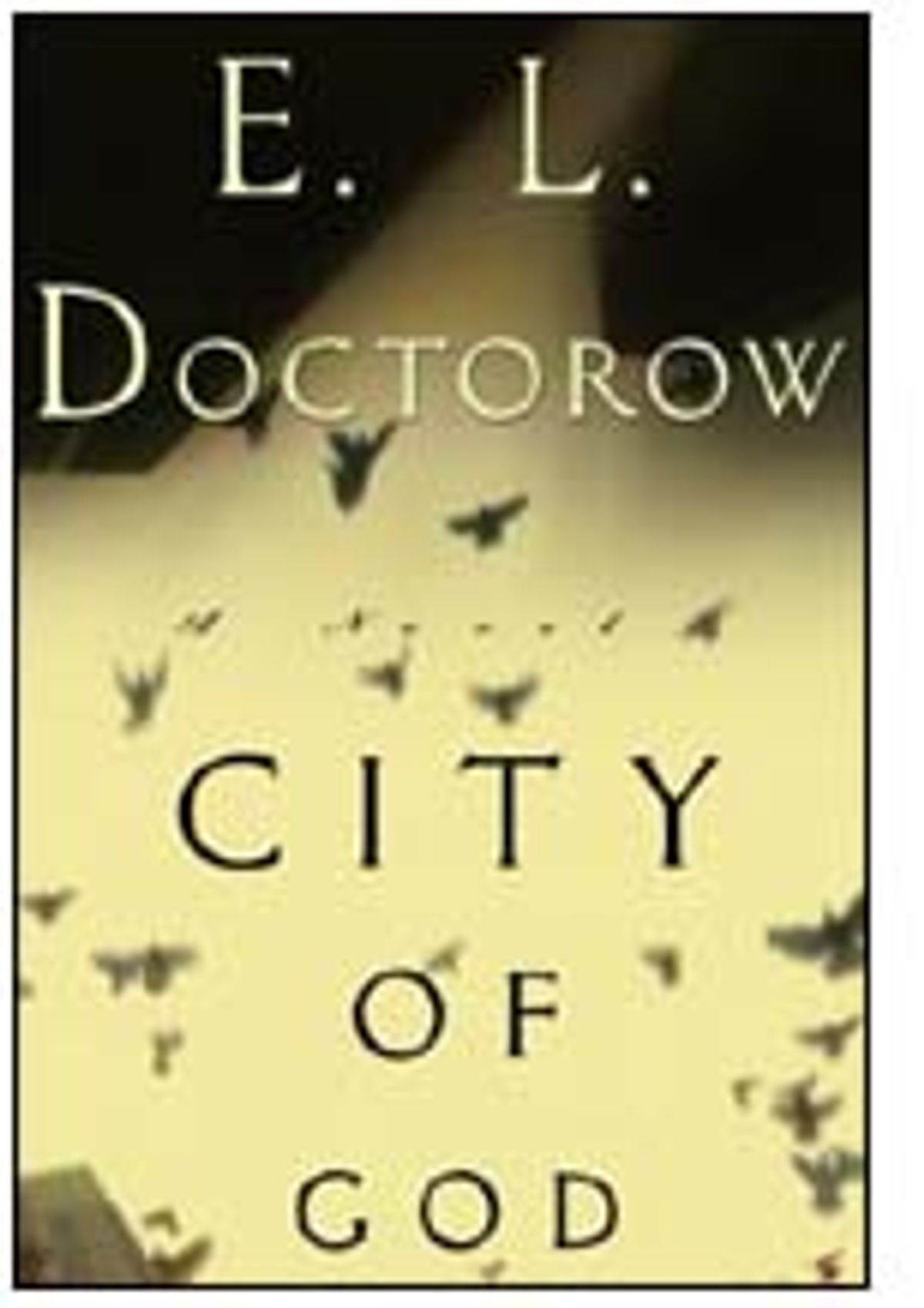 "In the beginning was the Word," the Apostle John tells us. That statement, some New Testament scholars say, is a symbolic reference to the fact that language -- the human capacity for naming things -- has created our consciousness and thus, in some sense, the world we live in.

In "City of God," E.L. Doctorow makes use of a biblical structure: a convergence of literary genres dealing with a common theme. He introduces a series of tenuously related stories interleaved with philosophical sketches, cultural histories, theological ruminations, science lessons, songs, film commentary, poetry, prophecy and elaborate fantasies. Like the Bible, like a city -- and perhaps even like God himself, Doctorow intimates -- literature is "a great historically amassed communal creation" based on the Word and on the accretions of culture that language makes possible.

In line with the biblical tradition, he begins with a bang -- the big bang, in fact -- a vivid introduction to what Doctorow's alter-ego narrator, Everett, describes as a "horrifying" cosmos that somehow created its own space and time to expand into. A God involved in such a Genesis, Everett thinks, is not only beyond our understanding but ultimately so fearsome as to provide no hope of consolation.

After this uneasy excursion to the birth of the universe, Doctorow drops us back into the present, at a New York dinner party where Everett whispers a seductive confession to another man's wife. Moments later we are elsewhere -- in the mind of an Episcopal priest, Tom Pemberton, who finds the stolen accouterments of his rundown lower Manhattan church scattered on the pushcarts and card tables of the city's immigrant peddlers. And then, suddenly, the Midrash Jazz Quartet is doing poetic riffs on the lyrics of "Me and My Shadow," applying traditional rabbinical commentary to the old song as if it were a Psalm.

Faced with such frustrating disjointedness, we're not sure who is speaking to us in any given passage, what the point is or why it matters. As soon as we catch one thread of narrative and begin to follow it gratefully, we are twisted around and spun into another story, another era, another life. Slowly it comes to us: The lack of linearity, the parallels to the literary collage of Scripture, the narrative and philosophical jumble are all part of the point. The novel itself is an illustration of our existence; this is the confusion of the world, and it's up to us to make sense of it.

Everett, the novelist whose notebooks we seem to be reading, is intrigued by a newspaper account of a peculiar theft: An 8-foot-tall brass crucifix has disappeared from the altar of Pemberton's church and turned up on the roof of a radical synagogue on the Upper West Side. There Pemberton meets the rabbinical couple Joshua Gruen and Sarah Blumenthal, who have opened the Synagogue of Evolutionary Judaism to rediscover the "true essentials" of their faith through communal study of the Torah. Before long Pemberton, who has been teetering on the brink of apostasy for some time, is in love with Blumenthal and in trouble with his ecclesiastical superiors.

Who stole the cross, how they managed it and why they bothered form the initial mystery, and -- appropriately -- it remains unsolved. Pemberton himself says he doesn't really want to know, because it's in the nature of spiritual signs to be inexplicable. Signs can be recognized, he tells Everett over drinks, but their meaning and provenance can't -- maybe shouldn't -- be expressed in words.

Yet Doctorow has drawn out a whole spool of words here with his usual descriptive grace. He tells, inter alia, harrowing stories of war, atrocity and vengeance. There are coincidental deaths and miracles of survival. But why? It's a question Everett considers at the end of the novel, just before spinning an apocalyptic prophecy that parallels the way the Bible itself ends, with the Book of Revelation. How can we believe in God's plan, or even his existence, in a world as amorphous and violent as the early cosmos creating itself, "without form and void"? Yet this, Doctorow seems to be saying, is the cloudy, atomized text of our existence, and midrash -- interpretation -- is our job. Applying language, using our consciousness to literally make sense, is what causes the primordial particles to coalesce. When we put our questions into words, we begin to form the stars.

Julia Gracen is a writer and "book doctor" from Charleston, S.C.