It is time to tell the secrets and share the pain of Japanese internment. 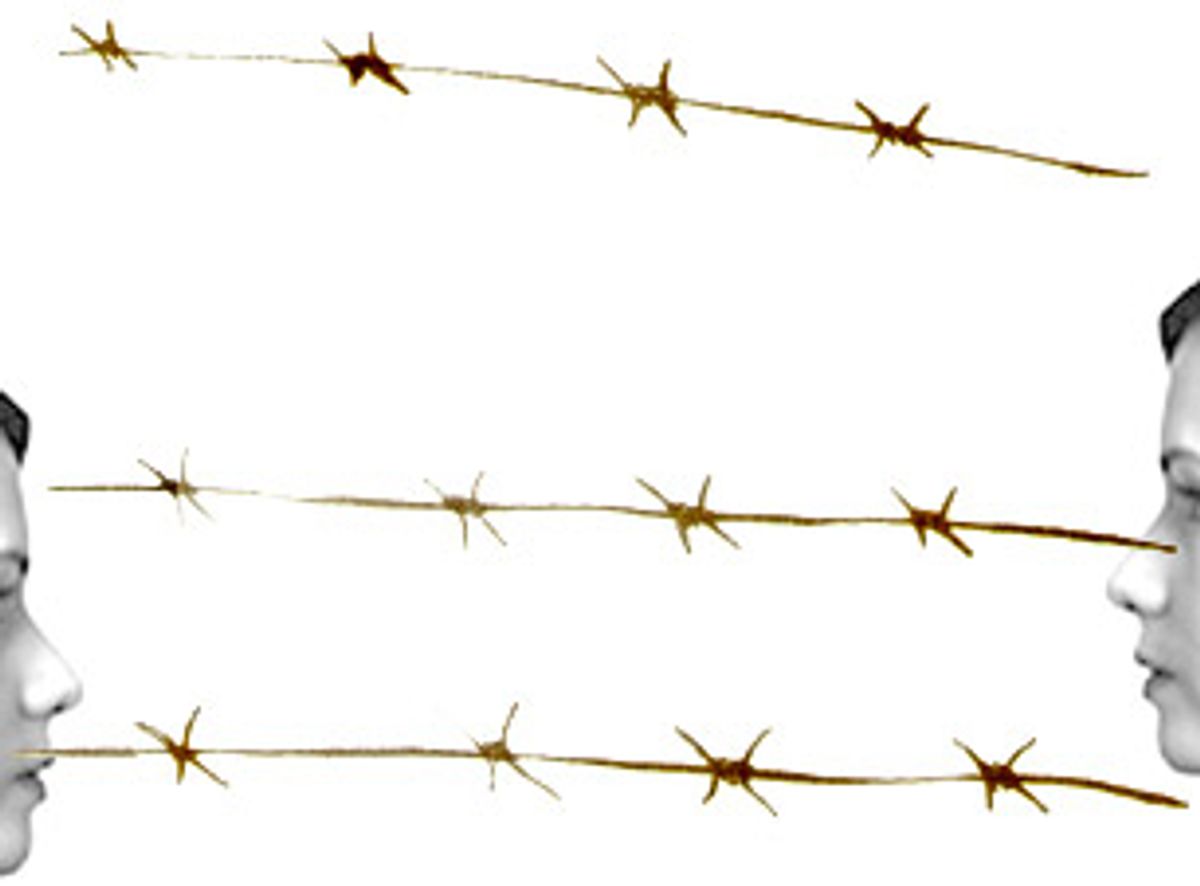 Recently I did a Web search for "the Day of Remembrance" and got 13,000 pages on topics ranging from the Holocaust and poppies in Austria to John Lennon, Larry King and sudden infant death syndrome. And since I believe the Internet is coming to resemble a map of our collective human brain -- with its errant thoughts, expired links and resonant convictions -- I found it very telling that I couldn't find what I was looking for. I wanted to know what was being planned for Saturday -- which will be only the third time that we, as a nation, have set aside a day to remember the internment of 120,000 Japanese-Americans during World War II.

I am hoping this year's National Day of Remembrance will fill some of the silences that stand between me and the internment. I have been trying to find out what happened for the past eight years of my life.

My mother was interned as a child. And, although she has no memory of it, I imagine her there: a 4-year-old Japanese-American Shirley Temple with glossy black curls and a spray of freckles beneath her wide, brown eyes. She is a danger to no one, and yet she is posed on a swing made from scrap wood and borrowed rope, living in a 12-by-20-foot room with her family somewhere in the Colorado prairie. She is singing a song about a little red bird, "Akai tori kotori," in the language she shares with her watchful grandmother. A language she has tried, and failed, to relearn.

Why can't my mother speak Japanese? Why were there no pictures of the barracks on the walls of her childhood home? None of snowball fights in front of a barbed-wire fence, or Christmas dinners served in shifts in the crowded mess hall? We didn't talk about the internment in our family. When my mother eventually found out about it in high school, she was shocked, but felt no need to pass this information along to me.

This silence about internment is not unusual in the Japanese-American community. In fact, the reluctance to talk about it has become something to be remarked on, a well-documented curiosity. If you ask someone what happened -- what it was really like to be swept from home and put in a camp for years -- you might be told a funny story. One woman I have heard of said, "If it weren't for the internment, we never would have had a vacation." My uncle told me that the internment was "the best thing that ever happened" because it allowed the Japanese-Americans to prove their loyalty. These disclaimers are incredible and so at odds with the racial hysteria, the stigma and upheaval of the time.

I learned a valuable lesson about deflecting this pain from two sisters who shared their memories of the internment with me. The younger one spoke about the terrible hardships her family went through after Pearl Harbor was bombed -- stories, she admitted, that she had never been able to share with her children, despite their repeated requests. She cried as she told me how her father and her older sister's husband were taken in the FBI sweeps because they were leaders in the community; how her sister, who had a small child, was separated from the rest of the family by travel restrictions.

It took years for the family to be reunited, and when her father was finally returned to them, the dust and dirt in the incessant wind that blew through the camp left permanent scars on his lungs.

Her older sister didn't say a word to me about her family. Instead, she spoke very passionately about the community in camp, the socials they held to raise people's spirits, the crafts. When she laughed, which she did often, she held her hand casually over her mouth so her teeth wouldn't show, and whenever I tried to steer her gently back to her own experiences, she replied with, "Well, I think maybe most of us ..." "Most of us." I could not get her to say the words, "to me."

The stories these sisters told me were diametrically opposite and equally true. But the most interesting thing was how each woman used her silence to protect not only herself, but also her children, from the pain that sprang solely from being Japanese in America during the war. It is a simple fact that the most pervasive silence about the camps can be found within Japanese-American families. And that's not all. In my generation, most of us don't speak the language; we don't bear Japanese names or follow Buddhist or Shinto religions; some of us don't even live "too near" other Japanese. And although we do eat at least some Japanese food, many of us --including me and all 14 of my cousins -- are biracial. This Americanization is intended to be a safeguard, and the silence a gift, to ensure that we will never again be sent "on vacation."

Despite the failure of my Web search, I know that Japanese-Americans will use the National Day of Remembrance this year to remind the country about the internment so that no other group will ever be systematically excluded because of race. They will also speak out about the larger issues of constitutional rights, tolerance, prejudice and race -- all of which are unfortunately all too relevant as thoughtless, hostile racism continues all over the world.

But this civil rights agenda is only the beginning. The silence within our families also must be broken. My generation needs to hear -- and feel -- the individual experiences that our parents and grandparents went through, and not only to complete our family histories. The internment is within us; its effect is hereditary. But if we cannot recognize it, if we believe we are immune, we may fail to see the racial boundaries that still exist all around us.

This happened to me. The truth is, I didn't suddenly find out about the internment eight years ago. Like my mother, I learned about it in high school. When I was a junior, my grandmother was invited to school to talk about her experiences during the war. She told my class about the evacuation, and how the family was given a week to sell everything they owned. One of their neighbors agreed to buy their brand-new player piano, then did not return until several hours before the family had to leave and gave them some piddling amount for it "to be nice" because he could just as easily have taken it for nothing once they had gone.

The story should have haunted me, but I ignored it for almost 15 years. I didn't have the information or the empathy to ask my grandmother what happened next, or any of the questions like "Who am I?" and "Where did I come from?" that I want answered now. Instead, I accepted the minor celebrity her visit brought me, and marveled with all my friends about those poor people and what they went through.

The assimilation my family had worked so hard to achieve was complete -- at least at that moment. There was still so much silence in our family that I barely knew then that I was Japanese. The internment was over; there was nothing to remember.

They had made me untouchable. It would never happen to me.

Rahna Reiko Rizzuto is the author of the memoir "Hiroshima in the Morning," which was a finalist for the National Book Critics Circle. Her debut novel, "Why She Left Us," won an American Book Award. The first woman to graduate from Columbia College with a BA in Astrophysics, she was raised in Hawaii and lives in Brooklyn. "Shadow Child" is her most recent novel, just published in May 2018 by Grand Central Publishing.