A physician argues the case against lopping it off. 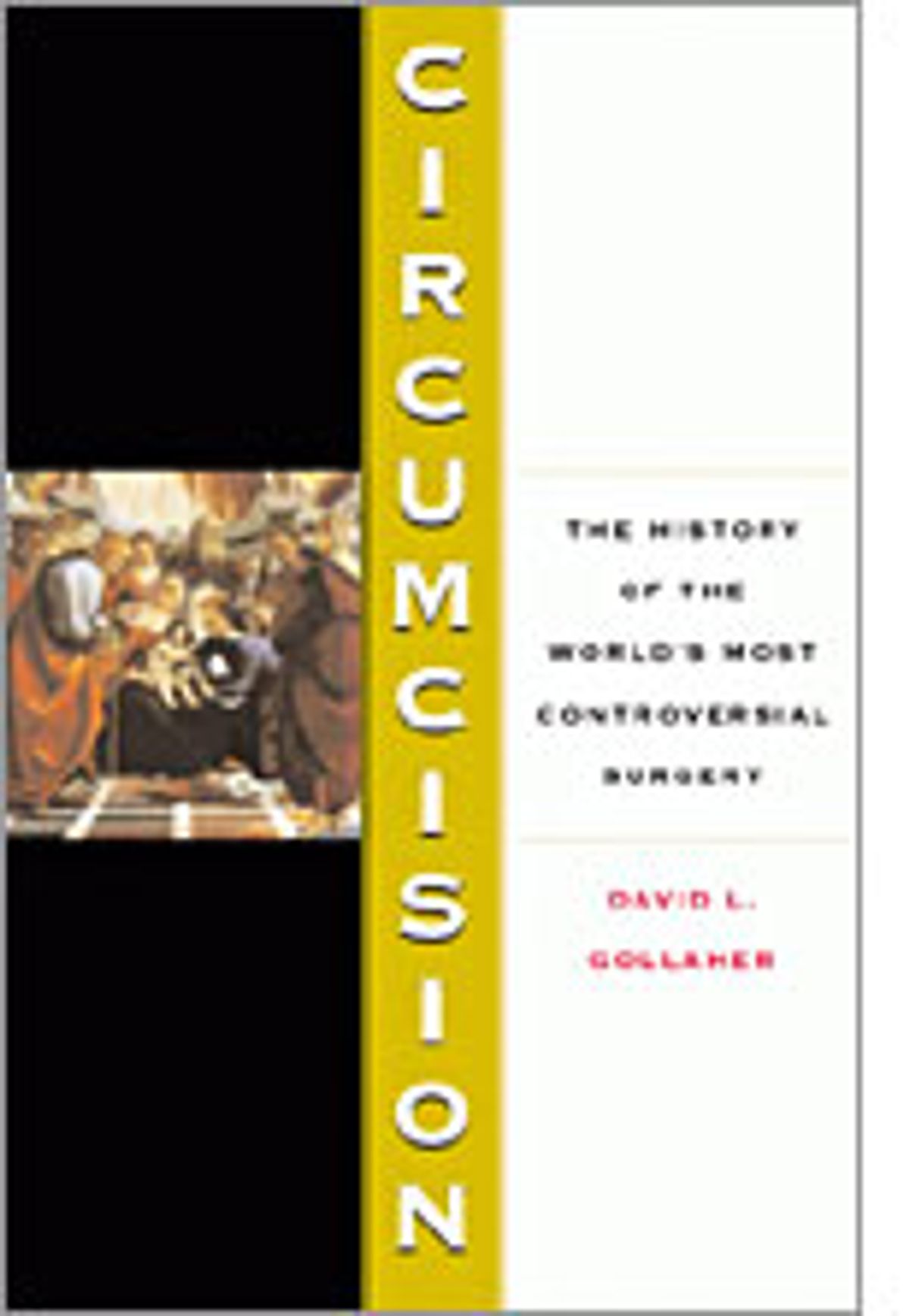 When Britain launched its national health-care program after the
Second World War, doctors and politicians scrutinized common
medical procedures in order to determine which ones the
government should pay for. Circumcision had been in vogue
there, as in the United States, for several decades, but in the
absence of solid evidence for its health benefits, the postwar
English government opted not to pay for it, and only a small
percentage of British boys who are not Jewish or Muslim have
undergone the procedure since. But in America, 50 years on,
one of the first quandaries faced by the parents of a newborn
boy remains whether to hack off a chunk of his penis. The
American Pediatric Association has waffled on the subject for
the past few decades. Doctors tend to advise it and insurance
companies cover it. Thus, more than 60 percent of American
foreskins are left on the cutting-room floor.

In "Circumcision: A History of the World's Most Controversial
Surgery," medical historian David L. Gollaher rounds up
thousands of years' worth of religious, cultural and medical
arguments for and against circumcision. While he is civil toward
the operation's proponents, he's firmly against it, and in the
course of his elegant, sometimes dauntingly academic
discussion he prompts many crotch-clutching winces with tales
of aboriginal stone knives, accidental amputations resulting in
impromptu infant sex-reassignment surgery and the howls of
babies circumcised without anesthesia. It's the crossed-legs read
of the year.

How did we come to be so gung-ho about lopping off foreskins?
Disparate tribal cultures require boys (and often girls) to
undergo some form of genital surgery -- some that make the
average American circumcision seem as invasive as a haircut --
though the social and spiritual significance of the act varies
from place to place. Both Jews and Muslims do it on scriptural
authority. That slick rhetorician Paul saw that it would hinder
converts to Christianity, and so he told Gentiles that they needed
to undergo only a metaphorical "circumcision of the heart."

The crux of Gollaher's argument is that neonatal circumcision
directly flouts the Hippocratic oath: First, do no harm. Why
perform surgery when the statistical risks -- from scarring to
those nightmarish knife slips to the occasional death -- are
greater than any proven benefits? Except in the case of disorders
resulting from attached or too-tight foreskins, which can't
ordinarily be diagnosed until puberty anyway, the medical
evidence is fuzzy. Penile cancer virtually never strikes
circumcised men, but it's a rare disease in any event, and its
incidence among the almost unanimously uncut men of Finland
and Denmark is significantly lower than that in the United
States. Gollaher notes pithily that "circumcision prevents penile
cancer just as mastectomy prevents breast cancer." Studies
linking foreskins and venereal-disease transmission have been,
he shows, "stunningly contradictory."

And it's for purely social reasons that most American parents
have their sons circumcised: Junior should look like Dad, and
like the other kids in the locker room. Anti-cutting activists
claim that circumcision drastically reduces male sexual pleasure
-- the same claim made, with opposite intent, by puritanical
authorities of the past 150 years, including one Dr. C.W.
Cockshut -- and Gollaher cites anatomical evidence that the
foreskin is full of hypersensitive nerves. I'd point out here what
Gollaher doesn't: Cut men, like uncut men, generally have a
pretty excellent time with their penises, and they don't generally
point to their maimed organs, or to buried memories of the
trauma of circumcision, as a reason for sexual dysfunction. But
Gollaher's lucid essay ought to inspire parents to consider
whether paying a doctor to surgically modify their newborn's
weenie is a choice motivated by real social benefit, ancient
ritual or merely easy medical habit.