Beneath all the retro stereotypes and bogus "you go, girl!" feminism, Oxygen's core message to American women is: Keep shopping! 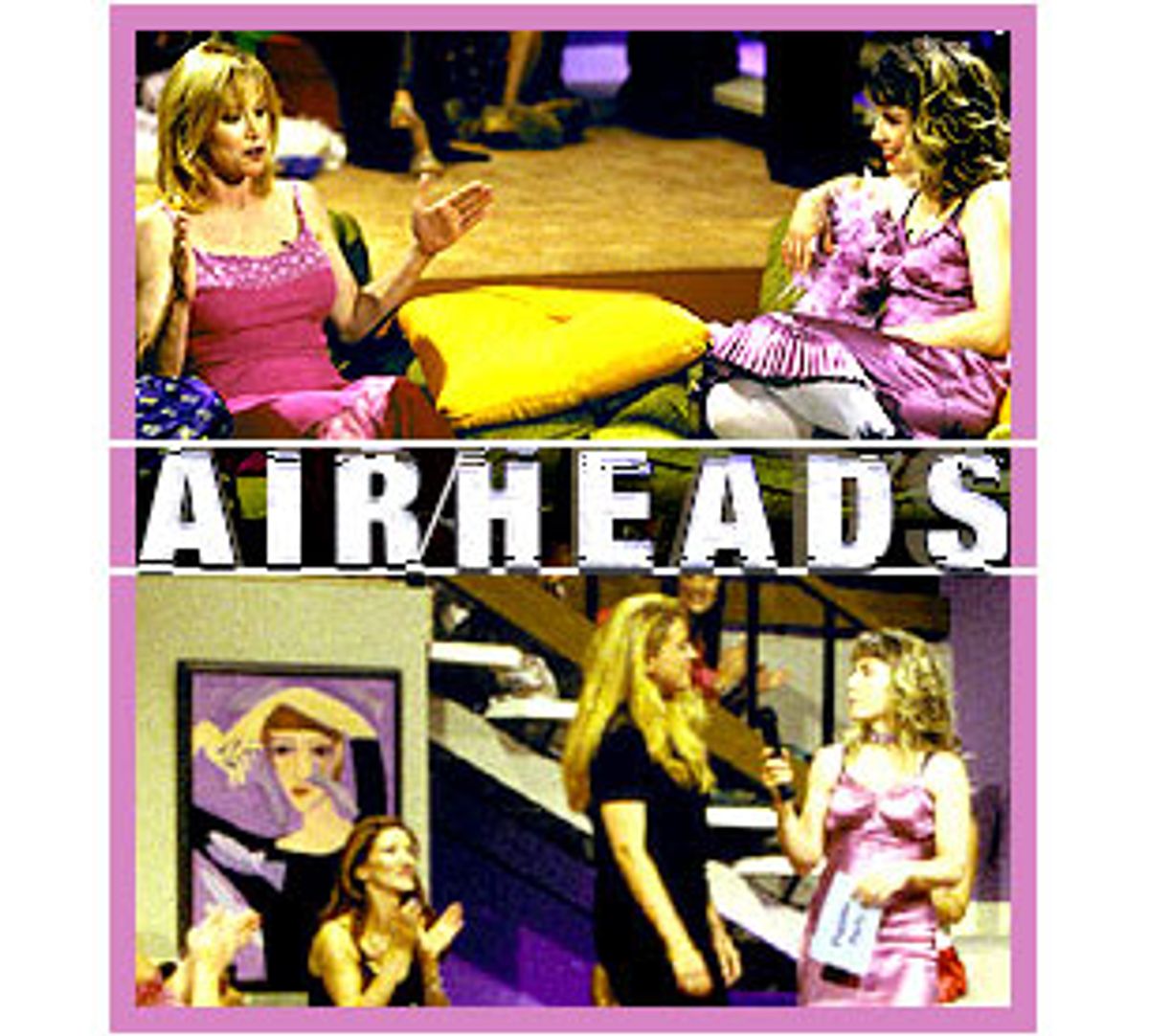 Oxygen, the new 24-hour cable-TV network for women founded
by (among others) Oprah
Winfrey and former Nickelodeon and Disney/ABC Cable
president Geraldine Laybourne, is billed as a place where
women can "take a breath" from the exhausting task of being
female.

Being female myself, and usually exhausted, I've been tuning in
since Oxygen's Feb. 2 debut to sample the network that was
designed (like Ice Blue Secret) especially for me. And this is
what I've seen:

Oprah Winfrey Sex And The City The View