Be fruitful and multiply

Infertile couples who are members of strict religious organizations often find themselves vilified by the church. 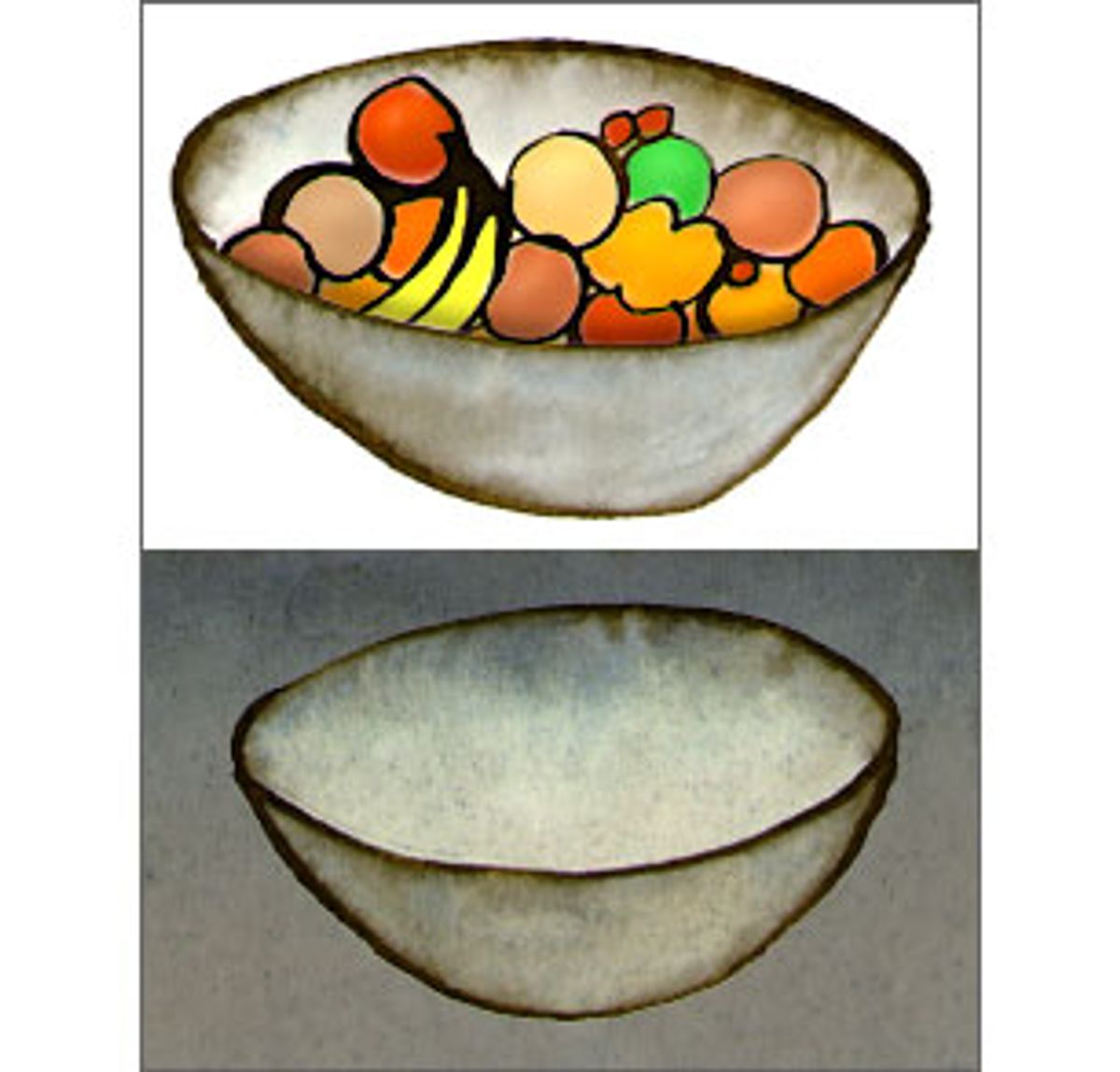 After months of trying unsuccessfully to have a child, Michelle Koh (not her real name) kept returning in her mind to the abortion she had had years before. Koh decided the reason she was unable to conceive was not physical but spiritual: God was punishing her for having had an abortion.

Thus for Koh, the only solution to infertility was penitence: "I would pray at night and cry at night, 'I'm so sorry for what I've done; please don't punish me.'"

In the two years since, Koh has come to a different understanding of God's role in her infertility. "I've realized God doesn't punish people," she says now. But Koh's two interconnected struggles -- with infertility and with God -- are representative of the issues faced by many other deeply religious people for whom the physical reality of infertility often precipitates a spiritual crisis as well.

Some may find solace in God and community, but for many, like Koh, God is seen as just another barrier standing in the way of a woman and her coveted pregnancy.

"The very religious patients or the ones brought up in the most religious homes have the hardest time with infertility," says Alice Domar, director of the Mind/Body Center for Women's Health at Boston's Beth Israel Deaconess Hospital. "Women who truly believe they are being punished for their sins, who believe in a punitive God, will be the worst off."

Domar and Barbara Nielsen, an Episcopal priest and a fellow at the center, are launching a study to document the correlation between a couple's religious commitment and their level of depression over infertility. Working with a Boston in vitro fertilization clinic, they will survey several hundred infertile women.

But they already have a strong hunch about what they will prove. Domar estimates that more than half of the hundreds of infertile patients she has counseled over the years said that their infertility evoked negative thoughts about God -- a situation Domar says she felt "completely unprepared to deal with."

Nielsen already has conducted a preliminary study, interviewing 12 infertile women. The results backed up the pair's hypothesis that deep religious faith exacerbates depression in infertile couples. She found that infertility made these patients question virtually everything they had previously believed -- making it the worst spiritual crisis of their lives.

"They feel as if they'd been robbed of their birthright," Nielsen says. And being part of a large religious community often failed to help: Religious women often face implicit and explicit expectations -- embodied in community standards and biblical commands -- that they will have large families. Community members' well-intentioned but ultimately insensitive comments to married couples -- "When are we going to hear some good news?" -- make the situation even worse.

The additional pressures imposed on infertile women by a religious community can be seen in a fact sheet on religion and infertility produced by Resolve, a national infertility organization, in which women of various backgrounds discussed their experiences. Women who were members of orthodox religious groups reported that their faith contributed to their sense that they were less of a person as a result of their infertility.

"Once I requested prayer from a women's prayer group and was promptly told by these women that maybe it was not God's will for me to have a child," wrote a fundamentalist Christian woman.

"The concept of marriage in Orthodox Judaism cannot be separated from the concept of family," wrote a Jewish woman. "A marriage without children is not considered a fulfilled marriage and as such is grounds for divorce. To 'be fruitful and multiply' is one of the first commandments found in the Old Testament." And from a Mormon woman: "What a paradox that some of the very things which make me most proud of our religion are also such stumbling blocks for me. Our prophets tell us that 'no other success can compensate for failure in the home.' Children are desired above wealth, position, degrees or power."

There are, of course, exceptions to the rule, people for whom religion works as it should -- as a comfort and a strength in a time of need. One such person happens to be the rabbi of a synagogue in the Boston area.

"For me, it [infertility] enhanced my sense of God's power, the idea that human beings are not in control," said the rabbi, who asked that his name not be used. "It was a source of strength, rather than an object of anger."

The rabbi said, however, that his experience with infertility helped him to understand how other infertile people could experience a harsh reaction against God and religion. And despite his philosophic approach to the problem, he found it excruciating to officiate at bar mitzvahs, circumcisions and baby namings in his capacity as rabbi -- events that are virtually unavoidable for any active member of the Jewish community, rabbi or not. (Indeed, many of the rituals within any religious community are centered around birth and child rearing.)

The rabbi, now the father of a 1-year-old girl conceived with the help of technology, speaks out often about the responsibility of clergy and laypeople alike to embrace and offer solace to those who cannot give birth to children of their own. "The great mistake is that people assume one is entitled to have a child," he said. "I'm not sure you ever come to peace with the idea. It's about learning to live without a sense of control."

Domar and Nielsen aim to return to their patients that sense of control. They help their patients come to an understanding of God that is more benevolent than the one they may have grown up with -- even going so far as to directly challenge, if necessary, their patients' belief in a punitive God.

Koh was a beneficiary of Nielsen's spiritual help, which has brought her to speak about God in entirely different terms from those she employed before.

"He is a supreme being, all knowing, there as a comfort and a support. I don't think he doles out punishment -- or miracles, for that matter," Koh explains.

In other words, the continuing struggle to have a child is between Koh, her husband and her doctors, with God left to the role of cheerleader and comforter. Koh's new vision of God is a far cry from the angry divinity she once believed was punishing her for her youthful abortion.

But Koh is, in many ways, in a lucky spiritual category. Although her mother was a practicing fundamentalist, Koh herself belongs to the category of the "moderately religious" -- people who consider God to be an active presence in their lives and to whom prayer is important, but who do not subscribe to an orthodox theology or belong to a sheltered religious community.

Moderately religious people, according to Domar, seem to be in the best position: They can find the necessary comfort from God and religion when they cannot give birth, but they do not take biblical commands to reproduce and communal expectations of large families as direct prescriptions for how their own lives should be lived.

Some orthodox women may find it impossible to surrender their notion of a personal God who is often judgmental. Religious communities, however, are beginning to take note of their failures toward infertile couples and are working to correct their mistakes.

In the Boston suburb of Brookline, Kahal Hannah, a monthly support group, reaches into Jewish tradition to find comfort for its members' infertility. The group takes its name from Hannah, the biblical heroine whose prayer for an end to her infertility ranks among the most touching pieces of biblical poetry (she later gave birth to a baby who would become the prophet Samuel).

The Christian group Hannah's Prayer Ministries, based in Auburn, Calif., offers support to Christians coping with infertility. The organization was founded by Jennifer Saake, who says that her seven-year battle with infertility brought her to the brink of suicide; she is now seven months pregnant.

Hannah's Prayer aims to help infertile couples come to terms with whatever choice they make: high-tech fertility measures, adoption or childlessness. With such strong religious and communal pressure to have children, many religious people fail to understand their alternatives and continue to believe they have failed spiritually if they do not conceive children of their own in the traditional manner.

"We live in a messed-up world," Saake says. "Yes, God can prevent this, and sometimes he chooses not to and we don't understand his reasons."

Like Nielsen, she counsels people to take God to task for their plight -- without losing their faith. "Yell at him. Get it all out," Saake advises.