Who was the real victim of the "Multi-millionaire" hoax? 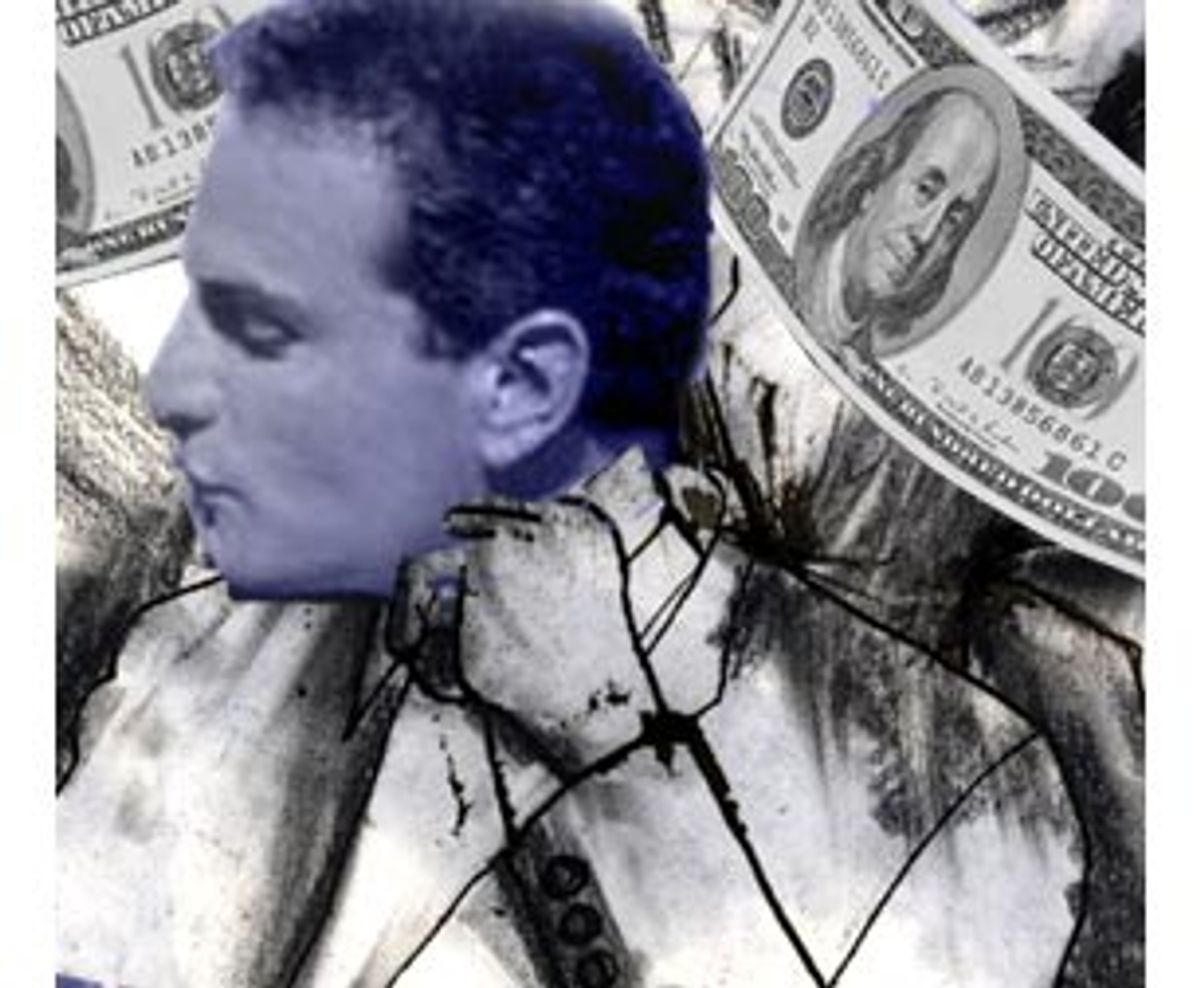 Hold the "divorce" puns: Fox announced Monday that it is dropping the smash hit Who Wants to Marry a Multi-Millionaire?" -- God's greatest gift to network television since, well, "Who Wants to Be a Millionaire" -- after silly, salacious and disturbing details emerged over the weekend about the first episode's hubby.

But the revelations raised more questions than they answered. Is "multimillionaire" Rick Rockwell -- a comedian, real estate investor, motivational speaker and hustler -- actually a wealthy guy seeking a wife or just a show-biz hack seeking publicity? And how could Fox have put Rockwell on the show without knowing more about his past?

Most important, it's still impossible to know who was most victimized by the hoax: Fox, which received huge ratings but also an outpouring of criticism with the revelations about Rockwell; the new bride, who on Wednesday told Good Morning America she wants an annulment; or home viewers, who had to endure a new low in "real-life" programming.

The heavily promoted "Who Wants to Marry a Multi-Millionaire?" was scheduled to re-air Tuesday night, a week after Rockwell chose a bride from a group of 50 women he had never met in the first episode. The two-hour show drew a huge audience -- from 10 million viewers in the program's first half-hour to 22.8 million in the final half-hour. Somewhere, more than one Fox executive is getting misty-eyed at the memory of those numbers right about now.

Then an alternative media site -- the Smoking Gun, which specializes in tracking down public and government records that are sometimes too arcane for conventional media -- got the goods on Rockwell that Fox never did. On Saturday the site revealed that Rockwell was accused of roughing up and threatening to kill a girlfriend, who got a restraining order against him, although he was never charged with a crime.

Debbie Goyne filed the abuse claim against Rockwell in 1991, the site reported. The information was backed up with links to copies of Los Angeles Superior Court documents, obtained late Friday, including Goyne's four-page petition for a protective order and the judge's restraining order.

They are incriminating, to say the least. "On several occasions Rick Rockwell threw me around and slapped me and hit me in my face," Goyne wrote in her 1991 petition. "Recently, he said he would find me and kill me."

Fox executives were stunned by the controversy, since Rockwell had undergone five weeks of vetting and interviewing by the special's production company, Next Entertainment, which hired a private security firm to check into Rockwell's criminal, civil and credit background. The restraining order didn't turn up.

The cancellation was ordered by Fox Television Network Chairman Sandy Grushow. Fox Executive Vice President Mike Darnell -- the brains behind "Multi-Millionaire" as well as high-brow ratings bonanzas such as "When Animals Attack," "When Good Pets Go Bad" and "Alien Autopsy" -- told the New York Times, "This is the end for this show. We are not doing another one." But he vowed to be "back in May" -- TV's next sweeps period -- "with something interesting."

A call seeking comment from Tom Tyrer, Fox Entertainment's vice president for corporate communications, was not returned in time for publication.

If Fox really spent five weeks investigating Rockwell, it should fire its investigator. The restraining order wasn't the only suspicious detail about Rockwell's past.

He apparently faked much of his online risumi, which includes references to numerous companies he claims employed him, as well as his credentials as a stand-up comic: "Whether keynote speaking, hosting a charity golf roast, passing himself off as a phony 'service expert' or opening for Jay Leno in the main room at Caeser's Tahoe, Rick Rockwell's versatile skills make him a comedy hit."

The New York Times quickly deflated these claims, though it appears he did attempt to get into the Guinness Book of World Records by doing stand-up for 30 hours.

It also seems unlikely that Rockwell was anything close to a multimillionaire. Fox insisted he was worth at least $2 million on paper -- does two really equal "multi" these days? -- $750,000 of it liquid. But he lives in a modest home and there is little evidence of any work or investment history that would bring him multimillions.

A woman who says she dated Rockwell from August to December of last year told the Los Angeles Times she saw no sign of wealth. "He is a person who never took me out for a nice dinner. He wouldn't go out unless he had a coupon and then only to places like Souplantation."

She said she saw no evidence of violence, either. "He was nice," said the woman, though she saw Rockwell as "exerting a little too much control for me ... He is very tight."

Another ex-girlfriend has also come out of the woodwork to claim that Rockwell bragged he was doing the show to boost his flagging career and could easily have the marriage annulled.

As for Rockwell, 42, the groom returned alone from the Caribbean-cruise honeymoon Sunday night and angrily denied the abuse allegations to KGTV outside his home in Encinitas, a coastal city 25 miles north of San Diego. His new wife, Persian Gulf War veteran and emergency-room nurse Darva Conger, 34, was thought to have been on board with him, but she was nowhere to be found.

Both Rockwell and Fox executives denied rumors that he already knew Conger and that the marriage was a stunt. But Rockwell emerged again Monday evening, laughing and hamming it up with reporters, passing out 10 large pizzas to the gathered horde. He declined comment on his marital situation, saying only that Conger was "doing great" and that "I don't know what's going to happen about that, but I think she's a great person." Conger could not be reached Tuesday; a phone message left at her home was not returned.

So how did a small Web site embarrass Fox by getting details about Rockwell the media giant missed?

"We received a tip from one of our sources in Southern California, suggesting that there was something in Rockwell's past that might be of concern to his new bride and her family," Smoking Gun editor Daniel Green told me in an e-mail interview. After having someone dig through the files of the Los Angeles County courts to find the long-forgotten case, "We immediately began to try to confirm the Rick Rockwell from that case was the same Rick Rockwell of the Fox TV show. Once we were able to confirm that, we posted the documents."

Green, a freelance writer, and his partner, Bill Bastone, a writer for the Village Voice, launched the Smoking Gun as a sort of offshoot of their jobs. "In our life as reporters, we would come across documents we thought were very interesting, files that often provided fascinating details into the inner workings of a news story," Green said. The editors have sent out hundreds of Freedom of Information Act requests for government documents since launching in April 1997. "But editors rarely had enough space to publish these complete documents. We started our site as a way to get those files seen."

That won't be a problem now, thanks to the Fox story, which spread like wildfire on the wire and the Web on Monday. "Breaking a story on the Internet is an amazing thing," Green said. By midday Monday, Green reported he had received calls from about a dozen newspapers, television stations and Web sites. "My mom told me she heard them talking about it on 'The View.'"