Do they know where you live?

ICraveTV wants to build geographic "borders" online so it can stream live TV to specific markets -- but would regional divisions be acceptable for a World Wide Web? 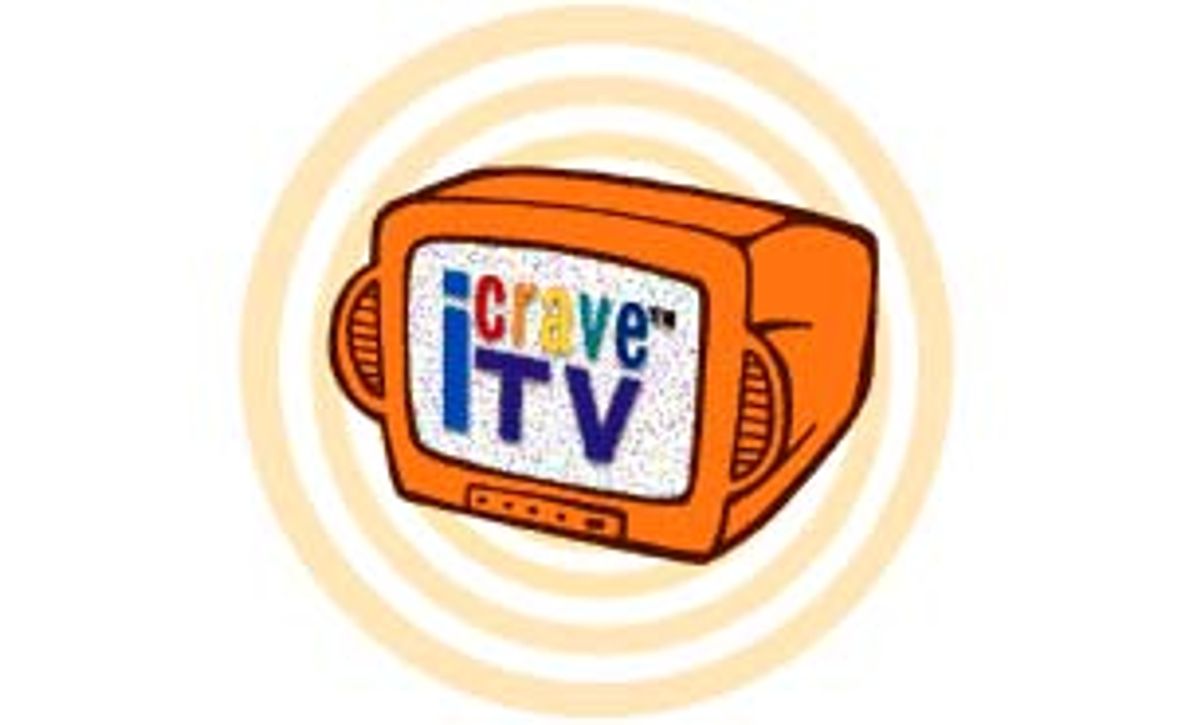 I wanted my MTV, but the hotel television in Lima, Peru, would only give me the Latin equivalent, an all-Spanish version dominated by Ricky Martin, "blond" women and the occasional ray of light from Madonna. Luckily, the Web didn't know or care where I was. I could travel home and check out Cake's latest video or the New York music news by going to an Internet cafe and loading up MTV.com.

But the regional indifference of the Web is a quality some entrepreneurs and technologists are eager to upend. Several firms are developing software that could create "borders" on the Net -- allowing sites to serve different content to different regions. Even the brash founder of iCraveTV, Bill Craig, says he's developing technology that will show sites where you are when you log on, so they can build pages targeted to people in that region. If MTV, for example, decided to use such technology, it could mean that when I typed in www.mtv.com from Latin America I'd be sent to www.mtvla.com -- "La Vida Loca" and all.

"It would be a huge breakthrough for the Internet and for copyright holders," Craig says. Of course, he, too, stands to benefit: He'd like to segment the Web into regions in order to stream U.S. television broadcasts to online viewers abroad. He launched iCraveTV in November, offering free Web access to live TV programming, with ads framing the picture. A month later, the people who own the broadcast rights to the shows he was intercepting, including the NFL, the NBA and 10 movie studios -- none of which had agreed to the re-broadcasting -- filed suit against iCraveTV for copyright infringement. In January, a judge ordered iCraveTV to stop streaming.

Now, Craig hopes that his version of "geographic intelligence" technology will come to iCraveTV's rescue -- and maybe grow into a more lucrative business than streaming TV. "We want to build a business where we can go to rights holders and say, 'You want it released only in Canada, you've got it; in the U.S., you've got it,'" says Craig, who expects the still unnamed software to be available by summer's end.

Whether Craig, who is a businessman and not a technologist, can pull it off is something only time can tell; but there are technology companies that share his vision. Ad-serving companies like DoubleClick offer services that they say can target ads to users by location. And Digital Island introduced technology last year called TraceWare, which can identify the location of Web site visitors with 96 percent accuracy.

TraceWare works by scanning worldwide traffic as it passes through ISPs, then matching users' IP addresses with a database of IP address locations that Digital Island has built. Before rendering a page, sites, including the Financial Times, can use TraceWare to determine a user's location and load pages with the appropriate language, content and even the right currencies. So far, though, companies like Digital Island are unable to guarantee absolute accuracy; 96 percent is pretty good -- but not always good enough. When eBay considered holding firearm auctions last year, for example, it wanted to know with 100 percent accuracy that sales were being made only to U.S. customers. Neither eBay nor Digital Island could bridge the 4 percent gap, says Neil Henry, the senior product manager who is largely responsible for the TraceWare technology.

Craig thinks he's got it figured out and is collaborating with Digital Island to fill the slim crack in accuracy -- but he was unable to provide any evidence that he has solved the riddle. He wants a patent, he says, before he reveals his secrets. Meanwhile, others are trying to patch that same hole, and could radically change our Web experience.

Some technology experts offer a flat-out rejection of Craig's claims. The Internet is, by nature, subversive, they say. All server-based tracking systems can be subverted by proxies, which allow users to mask their location.

ICraveTV "can make a first approximation which will stop most abuses, but that's all," says Paul Vixie, senior vice president of Internet services for AboveNet, a network service provider whose clients include eBay and CNet. "If they're painting it as a be-all or end-all, then they're lying."

In Craig's case, the main problem lies in Canada, iCraveTV's initial market. Because of that country's proximity to the United States, many Canadians have U.S. accounts with America Online and other stateside Internet service providers. So technologies like TraceWare report that they are in the United States. AOL's proprietary network, in particular, makes targeting difficult; Digital Island has worked closely with AOL to gain some insight on how it assigns IP addresses regionally, but when Canadians log onto AOL, TraceWare still places them in Virginia, where AOL is based.

"TraceWare wasn't very helpful for us," Craig admits. "It returned only 57 percent accuracy. When I test it from Toronto, TraceWare tells me that I'm in Buffalo [where his ISP is located]; it says iCraveTV is in Pittsburgh," where the domain name is registered. Craig thinks he can correct these errors and improve TraceWare by taming "ambiguous ISPs" like AOL; his technology "is based on patrolling servers," he says -- but he shares no details. Digital Island's Henry sounds skeptical. "We've got our own internal designs for attacking the 4 percent, but we aren't there yet," Henry says.

Of course, Craig would love to find an answer to the riddle -- and use accurate geographic intelligence to convince the owners of TV shows and films that iCraveTV could pay for Canadian programming rights and stream to Canada only. Studios aren't so sure that even this would work, though. They may not want to negotiate with Craig, says Mark D. Litvack, director of legal affairs for anti-piracy for the Motion Picture Association of America, the studios' lobbying arm. Broadcasters are still smarting from they consider a gross breach of copyright.

But if Craig, or someone, can find a way to prevent proxy circumvention, and solve the location issues with AOL, the consequences could reach far beyond iCraveTV and the desire to watch American MTV in Latin America. Along with giving TV networks and Hollywood studios what they ultimately crave -- the ability to make the Web mirror the established system of national distribution -- geographic intelligence software opens up the possibility for a Web that is local, rather than worldwide.

Steve Cisler, a participant in Nettime.org, a mailing list dedicated to international discourse on technology, ponders how geographic intelligence might change local or national politics. Just before Indonesia's former President Suharto stepped down, a slew of pro-democracy sites -- many hosted outside the country -- offered locals a chance to communicate new visions of the future.

"With this technology, that wouldn't happen," Cisler says. "Those who will be most upset by bordering technology are those who got a taste of the Web's freedom in a repressive environment, then saw it closed back down."

But not everyone sees geographic intelligence as a negative idea; several participants of Nettime said it could actually make the Net more reflective of the world, rather than less.

"For a long time, the Internet's default culture has been U.S. culture," says Bram Dov Abramson, a research analyst with TeleGeography, a Washington group that maps international bandwidth geography, telecom flows and emerging industry structures. "Implementing geolocation forces content providers to think about other defaults," he says. But in all likelihood, the Web can't be segmented quite as neatly as someone like Craig might desire.

"Any one thing can be circumvented by extraordinary means," says Henry of Digital Island, referring to the vulnerabilities of geographic intelligence. "Anybody can fool any application if they're intent on it."

At this point geographic intelligence technology is mainly being used to make the Web more manageable. No clients have adopted an all-or-nothing approach with TraceWare, says Henry, choosing instead to let people opt out of the default setting. If MTV were to adopt such a service, for example, I might get a Spanish-language page when I logged in, but I'd likely have the option to click on an English version as well.

"The Internet has never been placeless," says Abramson. "It's always been a virtual overlay on top of the real world, anchored there by architecture, which is very physical indeed. Now the two worlds are merging. Real geography exists in the physical world; it had to show up on the Internet sooner or later -- if the Internet wasn't to remain a mainly American, mainly rich person's tool."