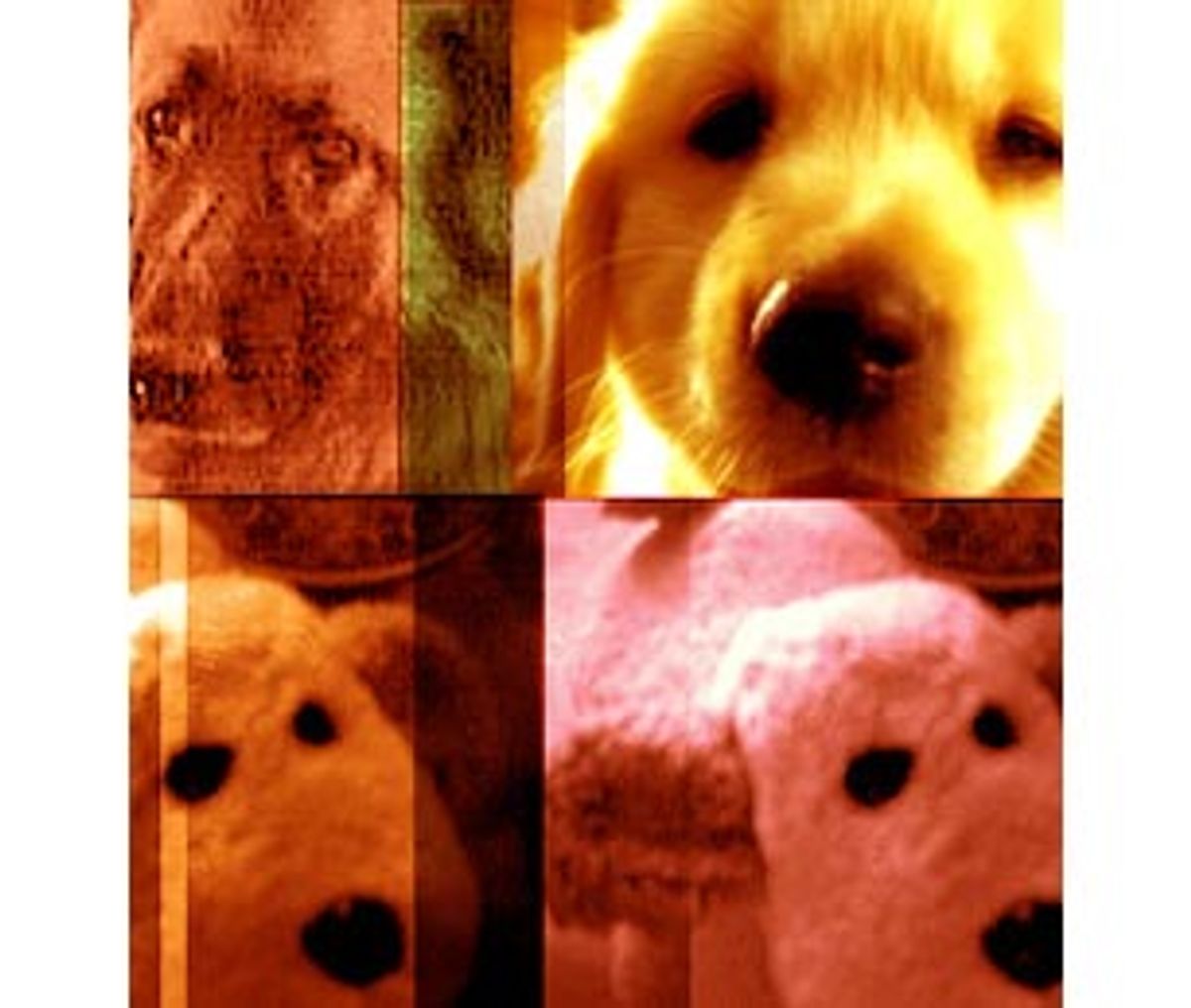 A funny thing happened on the way to the luau. Actually, I was being pulled by a speedboat. One minute I was up, poised gracefully atop my Big Kahuna wakeboard, the next I was upside down, underwater, in terrible pain. Something had gone wrong in the area of my left knee. I say "area" because you never know where your knee is going to end up in cases like these. And of course my brain, my own brain, provided no comfort. The instant I felt the pain in my knee, my mind only made matters worse by running through an ESPN-like highlight reel of football's worst injuries: repetitive knee snaps and stunned players who do not realize what they've done until they look down to find a floppy limb situated several inches over from where it belongs.

Turns out, I had a pretty severe hyperextension, with a possible ligament tear, so my Hawaiian holiday abruptly ended. But you know me, I always try to turn my misfortunes into an opportunity to meet girls. And with the brace and crutches, sympathy levels were running high. Flight attendants gave me free drinks (which I used to chase down my pain medication, called, believe it or not, Roxilox!) and other passengers offered to carry my bags.

Back in L.A., it was first things first. I needed to have a party. But before you can say ulterior motive, the phone rang. It was my friend Sara, who is a yoga instructor, which means she is brimming with advice regarding the rehabilitation of my knee. This was not the kind of attention I was looking for. But Sara is totally cool and we always have fun hanging, and so she's going to come over with some Thai food so long as I supply the wine.

This has me worried. I don't want Sara to turn out like so many other women I know: married to her dog.

What is it with chicks and dogs, anyway? It pisses me off. A guy gets a dog and, hey cool, I have a dog. Very little changes in his behavior; now he's got to pick up dog food from the store, that's about it. A woman gets a dog and good night. All she does is smother the thing and baby talk to it, and worst of all, refer to it as "we" (which is sinister, because often she really means "we") as in "We just learned to poop on the newspaper." And she will go to these lengths because she is that invested in the process.

And do you know why? Because most women get dogs to fill the empty spaces in their lives. That's why it's "man's best friend" and not woman's. Men go to the strip clubs to fill the empty spaces. The way a man treats a dog at the start is the way he always treats it. A woman gets a dog when she's lonely and sad. But as soon as a serious boyfriend enters the picture, the poor puppy is left to wonder what it did to make Mommy so mad that she stopped coming around.

I went out on a date with a girl who lives for her dog. And her job. She even said with pride that her entire life took place within a 10-block radius of her apartment (her work and the dog park are within this boundary). So when she called me (from work) to negotiate having my body at her disposal for a night, it was as if the Vatican had called up with a special dispensation. She was going to make me a priority. So, I did what I always do when the Vatican calls. I took a shower.

When I get to her place, she's on the phone with her office. OK, but she's wrapping up business, right? Right. The dog is flapping around being annoying, but what does it matter to me? I am going out with Mommy and it is not.

We walk to the restaurant, which turns out to be directly across the street from her office. Fine, I think, she lives and works right here, so the good places she knows to eat at are going to be right here. No problem. But then she gets on the phone and calls the office. Because some unlucky schmo has parked in front of their loading dock.

Well, who cares? Because now we're in the restaurant eating some kickass sushi. (A sign above the counter reads "Chef's Special: Trust Me.") The conversation is pleasant, and under the sake I begin nursing a warm anticipation about things coming.

Out on the street we decide to run across to the Beverly Center. It's close to Christmas and we both have last minute shopping to do. But as we cross the street, she heads not toward the mall but toward the office. "Some checking up," she says. Forty-five minutes later we leave for the mall and she says, "I have to come back and lock up at 9:30, and then that's it!" Super.

It turns out there is a very specific purpose to the mall visit: to see if Coach will have any $295 dog collars in stock in time for Christmas morning. On Christmas morning, my friend will unwrap for her dog the gift she has bought and wrapped for it and then project an emotional reaction onto the dog that will make her feel as if the dog actually gives a shit about the collar or could even distinguish Dec. 25 from a hole in its head.

Unfortunately, Coach will not have the collars in until after the first of the year. My friend is distraught. I'm not kidding. She is visibly upset. Her mood has nose-dived. I inquire. She explains that she is going away at Christmas and wanted to use the expense of the Coach gift to assuage her feelings of guilt -- as if, in the eyes of her dog, an exclusive, hand-sewn leather collar from a reputable company would compensate for the fact that Mommy was not around on Christmas morn.

Well, at least everything is fine at the office when we get back, so we lock her up tight as a drum. Set the alarm, duck under the security fence. The illegally parked vehicle is gone, too.

Finally, we get back to the apartment. The moment has arrived. She looks at me coyly, moves closer and says, "You wanna go with me while I walk the dog?"

You know why? Because the walk is going to take us right by my car. I get into it and drive away.

Now, before you get all in an uproar and tell me how one-sided all of this is, how cruel and impatient and uncaring I am, let me inform you I just got off the phone with my friend Maha, whom I called to lend a woman's perspective to the issue. Here is an exact transcript of our conversation:

Hi, Maha. Thanks for coming to the party the other night.

Sure. It was fun.

So, how was your interview at that new place?

Pretty good. But I had to fill out this stupid questionnaire, you know?

So, I guess I'll talk to you later.

Actually, I just remembered my friend Kristin, who has a rad dog named Joey. He is a big, lovable golden retriever. And while I am pretty certain she loves him and dotes on him a bit, I know for a fact Kristin watches football and college basketball and could kick my ass at pool. So maybe it's not all women and dogs. Maybe just that one.

But it's still funny to think back a year and a half to that date and think about how much work went into nothing happening. I remember feeling drained because I was in a constant state of assessment. My excitement over the pending sexual interlude was in direct conflict with my growing dissatisfaction over the emerging dog- and work-related details of her personality. By the time my car was in sight, I felt like a wrung-out dish towel. And all that to find out I simply didn't click with this one person.

Then fast-forward a few months, midsummer last year, and I semi-meet a friend of a friend in passing conversation at a party. We're not popping any breakers yet, but the crackle of words coming out of our mouths is generally electric. Two nights later we're at our mutual friend's house, and I am Saran Wrapping some hors d'oeuvres. This girl comes into the kitchen to see if I need any help. Just before this, the plastic wrap had bunched up, so I took it out of the box. Now I am holding the bare roll with a good section pulled out between my hands. I look at her. She looks at me. We both look down at the Saran Wrap, then back at each other.

In an instant her sweatshirt is off over her head and I'm wrapping the Saran around her bare chest in huge swaths. No discussion. No preparation. Nothing awkward. It was dizzying. And as I finish with her chest and stomach, she instinctively reaches for her button-fly and unsnaps it. I feel drunk at just the thought of her pants coming down.

Is it clear the Saran Wrap girl didn't have a dog?