Bette Midler, Casey Affleck and Danny DeVito star in a backwoods slapstick that lacks the anarchy needed for true farce. 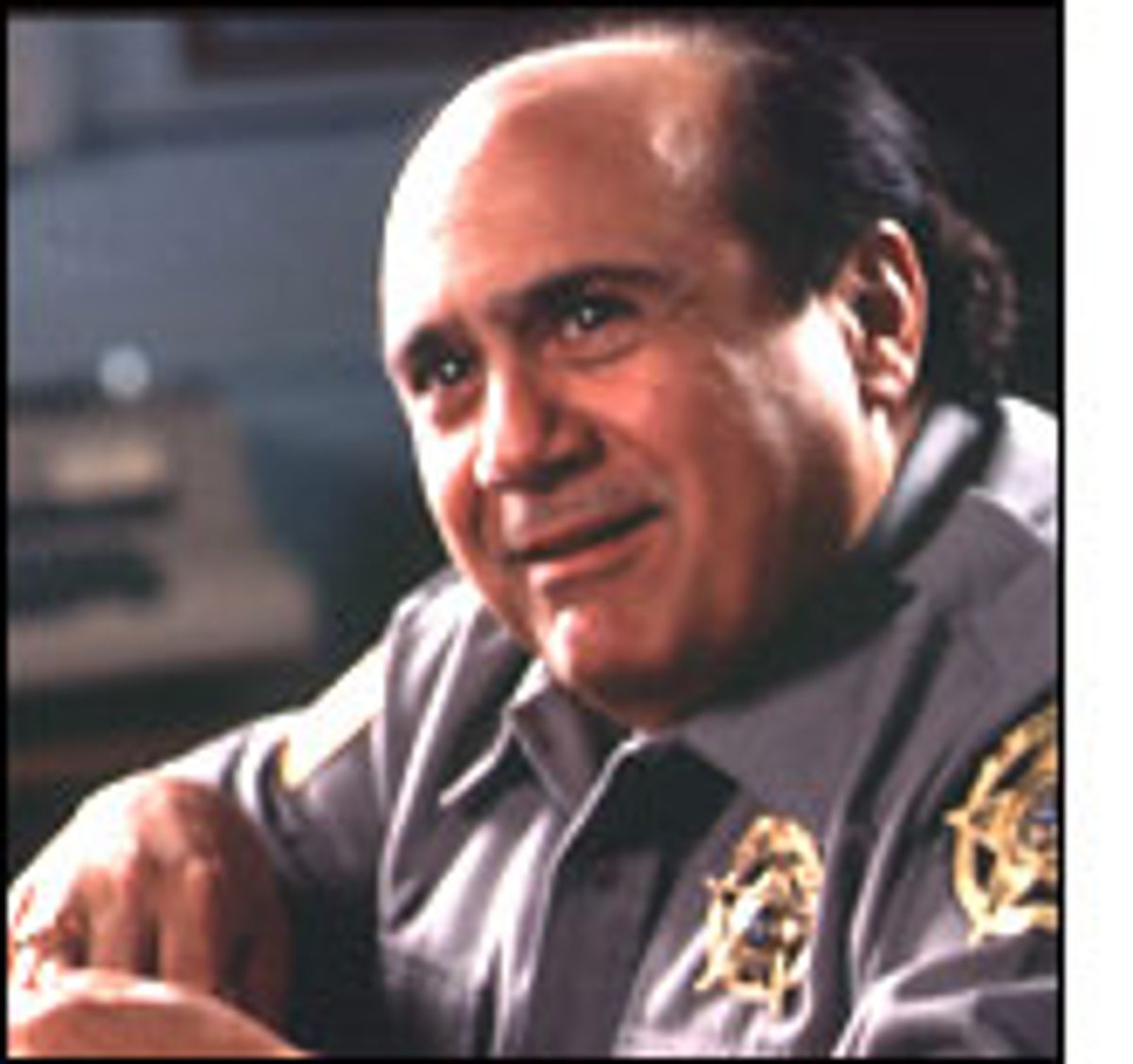 For a while, the backwoods slapstick "Drowning Mona" coasts along on the talents of its cast and its own good nature. The director, Nick Gomez, and the screenwriter, Peter Steinfeld, don't play the game the Coen brothers did in "Fargo," presenting a community of rubes and basing the laughs on shared contempt for their stupidity. (In "Fargo" this was personified by the characters' accents). Gomez and Steinfeld like the craziness of their characters, even like their deviousness. What they're trying for is something like Preston Sturges' affectionate portraits of everyday dementia.

"Drowning Mona" doesn't deserve to be mentioned in the same breath as those movies, though. Gomez, a talented filmmaker whose work has heretofore focused on urban street life ("New Jersey Drive" and the remarkable, nearly unseen "illtown") is certainly game (and it's nice to see him working) but he doesn't have the sense of escalating anarchy that farce needs. The movie is flat-footed, and the pacing gives you time to rest between laughs. So you lose the feeling that common sense is speeding away like the back lights of a train hurtling down a track. The complications in Steinfeld's script are evenly spaced when they need to crash in on the heels of each other.

Our first glimpse of Mona Dearly (Bette Midler) is a pip. Dragging herself out of the house in the morning, Mona is hilariously blowsy. She looks like someone with the disposition of a rattler come back in the body of a hung-over bulldog -- she's completely unsteady and you wouldn't want to dream about crossing her. Milder has never been a particularly vain star; she's always been willing to give herself over to raucous comedy. But what's so hilarious about her appearance is nonetheless the shock of seeing a big star present herself so unattractively for laughs. (It's a little like seeing Elizabeth Taylor in "X, Y and Zee.") She gets into her car and, just a few minutes later, her brakes fail and she drives through a guard rail right into the river. Blub, blub, blub.

Steinfeld's script takes off from that opening with a good comic premise: Everyone hated Mona so much that, when the local sheriff (Danny DeVito) finds out that the car's brake lines were cut, nearly everyone who knew Mona becomes a suspect.

Midler's Mona appears in flashback and though Midler certainly doesn't hold back, the examples the film presents of her meanness are (with one quick, nasty exception) not nearly witty enough for the character to assume the monstrous proportion she has in the town's collective brain. Mona needs to be so triumphantly nasty that (like Cruella De Vil) just the sight of her makes you eager to see what she'll do next. Instead, she's something less interesting: just a mean, loud-mouthed bitch.

But the cast keeps the movie afloat, at least for a while. Some of the characters, like Mona's husband, Phil, (William Fichtner), or Rona (Jamie Lee Curtis), the waitress he's fooling around with, are little more than serviceable (though Fichtner's expression of shell-shocked good fortune is pretty funny). And Neve Campbell's Ellen, the sheriff's daughter whose fianci Bobby (Casey Affleck) is the prime suspect in Mona's death, seems ready to be more game than the script gives her a chance to be.

Part of the disappointment of "Drowning Mona" is that the memorable oddballs Gomez and Steinfeld have populated their town with seem so promising. Like Kathleen Wilhoite as Lucinda, the town's singer-songwriter lesbian garage mechanic who gets laughs just by the heavy-footed confidence of the way she strides around in her overalls, or Will Ferrell's lecherous undertaker Cubby, with his maniac's stare and absolutely no casket-side manner.

As Mona's son Jeff, a stoner metalhead who's missing a hand, Marcus Thomas walks through the movie with his mouth drooping open, processing even the simplest information as if someone has asked him to do trigonometry after drinking two six packs. Jeff is the dead weight around Bobby's neck; the two are partners in a landscaping business in which Jeff leaves Bobby with all the work while scaring away most potential customers. (When Bobby chides him that the girl Jeff flirts with on one job is 13, Jeff exclaims "Finally!")

Affleck, with a blond, nice-boy haircut, is not bad; that Bobby should be funnier than he is doesn't seem his fault. The moviemakers present his hesitant good manners as if, by themselves, they were hilarious. He never quite gets the chance to work himself into the fevered pitch that would threaten to permanently topple his composure.

DeVito's sheriff is the movie's most low-key role, but it's further proof of the way DeVito has reinvented himself as an actor. Some time in the past few years, he must have decided (thankfully) that he'd gone as far as he could with his evil little tugboat routine. When he did revisit that mode in "L.A. Confidential" and in his own wonderful "Matilda" it was in the service of a character, not shtick. Elsewhere, from movie to movie, even in a nondescript role like the one he had in "Man on the Moon," DeVito has been a warm, believable presence. Even when the sheriff warns his Bobby never to destroy his daughter's happiness there's no trace of the old comic scenery-chewer. "Drowning Mona" doesn't give DeVito the chance to play the full-fledged character he did in "Living Out Loud," his best performance. But he's still a pleasure to watch, a small reminder that more than anything else, it's actors that keep you going