Sex is so much sweeter when the preacher is damning you to Hell. 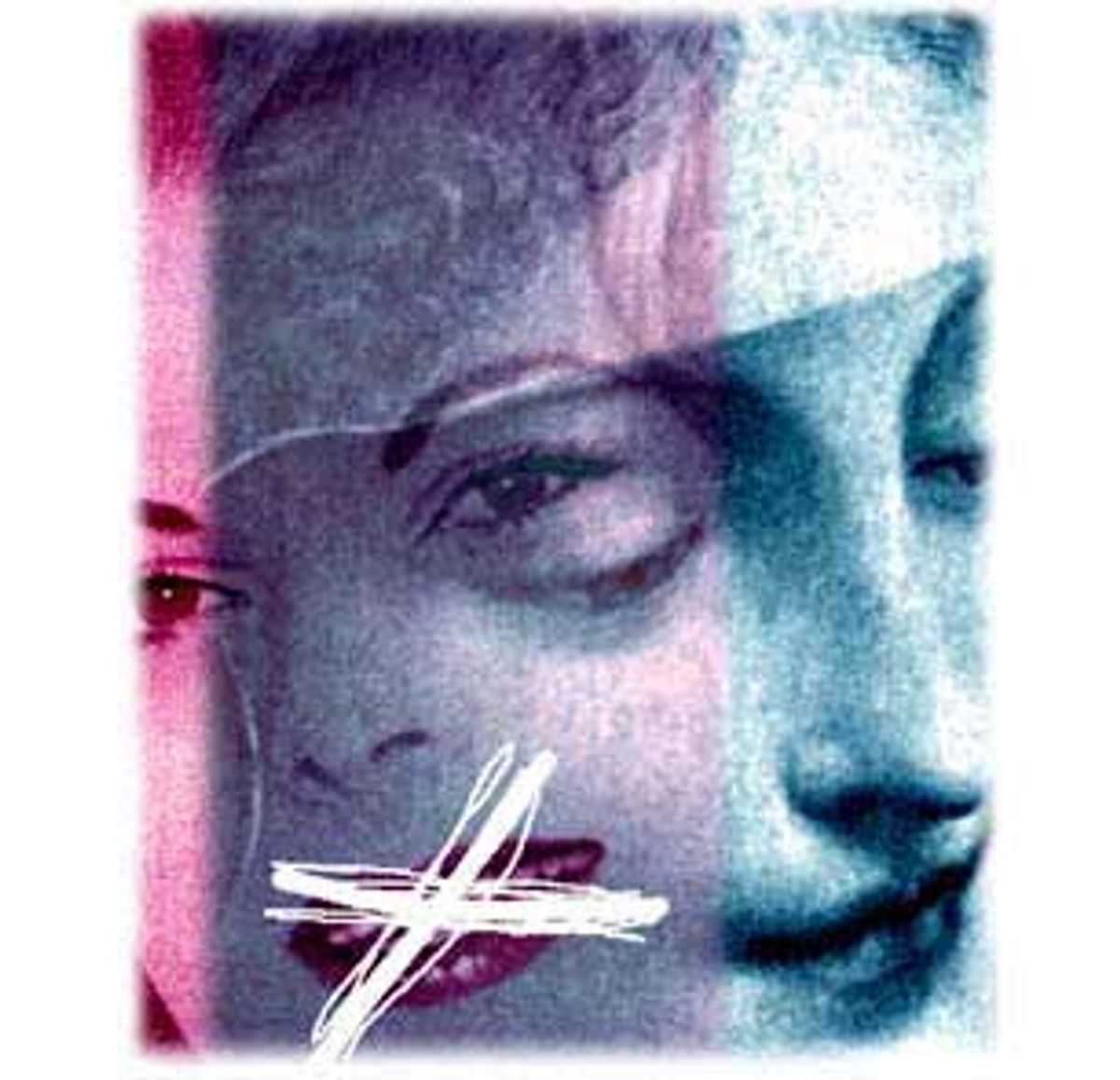 A teenage boy heads toward the magazine stand at the local E-ZMart in Mississippi. His eyes dart past the clerk to the rack filled with copies of Playboy, Penthouse and Hustler magazines. As he lusts over the bevy of silicone beauties, he feels a woody coming on.

He grabs a magazine, takes his change and quickly turns to leave. A policeman at the door spots the boner. Busted! That'll be a $2,000 fine and maybe a year in jail for that hard-on kid. Sounds far-fetched? Come again. The Mississippi Legislature is considering a bill to ban erections in public. While the bill, sponsored by Republican Sen. Tom King, is aimed at strip clubs, the literal, almost forensic wording of the legislation is raising, um, eyebrows.

Such power and repression suffocates much of the South. But the land of Dixie is also drenched with sex and desire, creating a nutty, schizophrenic society. For all the Bible thumping in this ultra-religious region, the South remains the premiere hothouse for fornicatin' and sinnin,' be it on the back roads or in country-club bathrooms.

We tuck away sex and sin, creating a passionate underworld bubbling with seduction and eroticism, adultery and flirtation. Certainly, no one knows this better than Southern lawmakers, who constantly attempt to monitor morality with bizarre laws.

While Mississippi is trying to rein in strip joints with its boner bill, Atlanta is home to more nude dance clubs than any other state. Rebecca Poynor Burns, in the March issue of Atlanta magazine, writes:

The metro area's 40-plus nude dance clubs alone rake in $80-100 million a year. Not to mention the $20 million that dancers earn as independent contractors. Even a conservative estimate of the economic impact of the strip clubs, according to Georgia state economist Donald Ratajczak, translate into a whopping $200-240 million. That's well above the $147.6 million economic impact generated by the Atlanta Braves, the Atlanta Falcons and the Atlanta Hawks combined.

Coming Attractions Parties, Inc., a California-based sex-toy company, boasts that some of its best saleswomen are in Dixie, specifically Arkansas and Memphis, Tenn. That's surprising since many Southern states -- Texas, Georgia, Mississippi and even Louisiana -- have made such pleasure devices illegal.

On weekends, Coming Attractions representative Linda Brewer peddles sex toys from party to party in battered suitcases throughout the small towns and suburbs of Arkansas, giving shy Southern belles the opportunity to buy vibrators, potions and lotions. They choose these small, intimate parties, rather than the Internet, because they need education, says Brewer, who doubles as saleslady and Dr. Ruth.

"These women want a chance to be in tune with their sexuality," says Brewer. "And they have been raised really to not understand pleasure. Sometimes, I have to give a primer on what something is, like the clitoris as a pleasure point."

While the sex industry booms, a perception lingers that Southerners thrive on myth, magnolia and moonlight with a touch of Jesus mixed in to keep us in line. That we Southerners are romantic creatures living out our days languishing under Spanish moss and drinking mint juleps. That "Gone With the Wind" really serves as our Bible. And it does.

Even today, Southern women are still defined in a warped way by that Southern classic, categorized by their actions as a Scarlett (whore) or a Melanie (Madonna). A man desires a Scarlett, but he marries a Melanie.

"There has always been this bad girl, good girl attitude in the South," says Doug Monroe, 52, an Atlanta writer. "I remember growing up, feeling terribly confused and guilty about women. I think that image has waned some, but you still have it."

Indeed, growing up in the South, I watched "Gone With the Wind" at least twice a year. As a Southern woman, I felt almost forced to identify with either Scarlett or Melanie. Every time I saw the movie, my mother would say, "Remember Southern belles are either mean as hell or humble as kittens."

Although I wear all black Donna Karan instead of floral Laura Ashley, and would never consider joining the Junior League, I still identify with Scarlett much more than Melanie. But as a modern-day independent Scarlett, I am haunted by a certain amount of guilt that I am not meek and pure like Melanie, waiting patiently for my Ashley to return home.

Rosemary Daniell, author of the Southern classic "Fatal Flowers: On Sin, Sex and Suicide in the Deep South," says the region thrives on guilt.

"You are going to see this [guilt] manifest," says Daniell. "That's why the South is so rich in literature like Tennessee Williams' plays. It's about liberating yourself through actions."

And in this land of the Rebel yell, people will sin, repent and sin again. This shame and rebellion produces a tension and silent code: Southern women never tell about their men, their sex lives or the anger they feel.

"There are two taboos," says Daniell, who lives in Savannah, Ga. "We are never open about anger or sexuality. If you are, you broke the code. The fact that Southern men behave the way they do is rooted in the belief that a Southern woman doesn't tell. If you do, you are labeled a rebel."

Male chauvinism didn't exit the region during the bra-burning days of the 1970s. Men still call women "honey" and "sweetheart" without giving it a nano-second of consideration. And even the toughest Southern woman usually smiles coyly.

"Men still compare their pistols down here," says Daniell. "Southern men are more directly aggressive and will romance a woman more than a Yankee man."

In turn, Southern women are taught to flirt, but not to compete with a man. Inevitably, flirting leads to sexual encounters, which in turn forces Southern belles to continuously rejuvenate themselves into born-again virgins.

My friend Julie, the quintessential Southern belle, has a set of rules to justify any sexual liaison which, of course, is always because she's "swept off her feet."

"Were you tipsy? Yes. Did he come inside you? No. Were you completely naked? No. Did you come? No. See, it doesn't count," she says.

And if the fling happened on vacation, especially in a cosmopolitan city, and you may never see the person again, the encounter certainly doesn't count.

That's why no one in the South was genuinely shocked when
President Clinton used the Southern belle tactic to dismiss his
affair with Monica Lewinsky. He repeatedly insisted that he did not have sex with that woman, and probably still believes he didn't.
Monica didn't count because to a Southerner a cigar isn't really a cigar.

Southern men, from politicians to preachers, have always dallied around with women other than their wives. We've got Newt Gingrich and the legacy of
Wilbur D. Mills, the former representative from Arkansas who ended up in the Tidal Basin with the stripper "Fanne Fox." And the South probably has enough unfaithful men of the cloth to fill an entire church.

Sure, the North has the Kennedys leading its own pack of players, but Southerns like to think they taught the Yankees everything they know."Newt and all of those other Northern men should just be considered honorary Southerners," says Monroe.

And of course, sex scandals have toppled many of the South's most powerful religious icons -- Jim Bakker, Jerry Falwell and even Jimmy Swaggert. They, too, seem to possess the power for reinvention through repentance.

It's no coincidence that the Christian Coalition and Pat Robertson are based in the guilt-ridden South. "The guilt is here in the South because there is a greater sense of church and God in a Southerner's life," explains Rod Martin, pastor of Covenant Baptist Church in Little Rock. "You can only have guilt when you know something is wrong, usually morally wrong. And you have to remember there are more Christians per capita in the South than any other part of the country."

Even in the 21st century, the price of sex -- fire and damnation in hell -- is still preached in many churches. The strong Christian fundamentalist and conservative presence in the South wants to keep it that way, says Bryan Fulwider, a Methodist minister in Winter Park, Fla.

"There's a continued propagation of the notion that sex is negative except in the context of marriage." And that's not entirely good, he says.

Call it what you will, but sex with a hint of Herculean denial and
looming guilt is in the water down here.