I have saved him all my life, but now there are too many miles between me and the paraded condoms, the muffled awe. 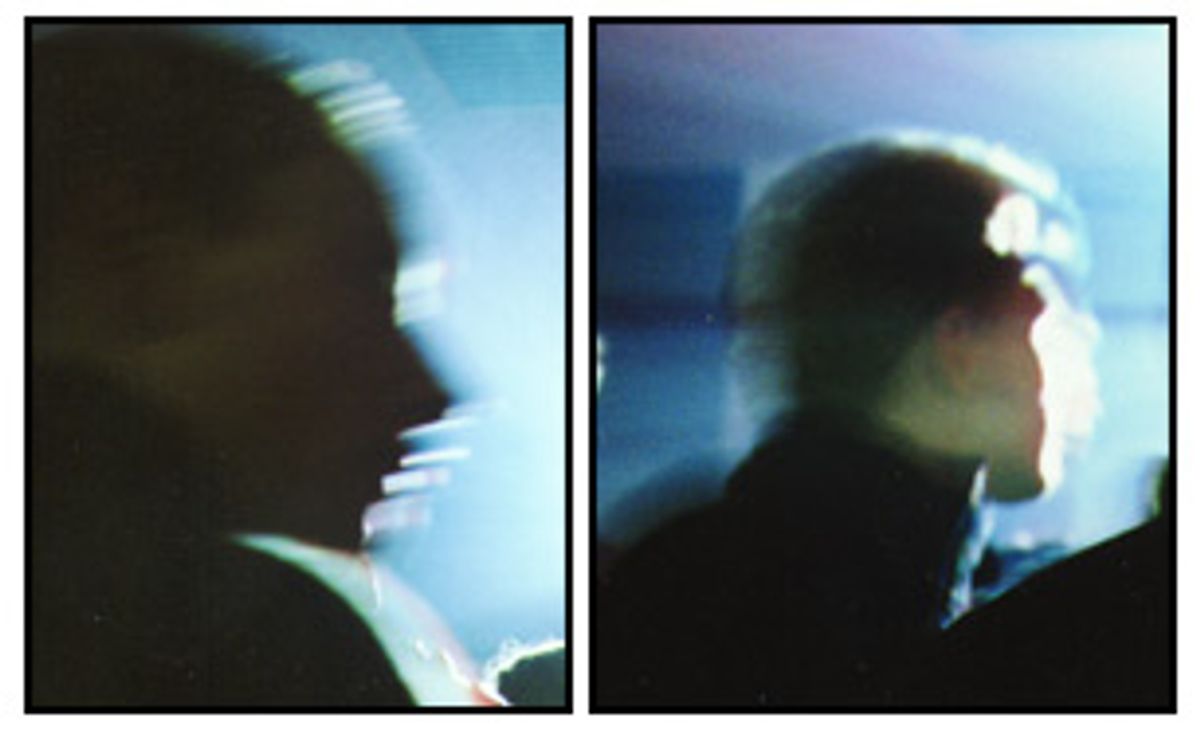 Back East, high school students have sex on the back-seat leather of my parents' new Honda. The driver, my younger brother, delivers the news with manufactured disgust, guarded pride.

"They held up the condom," he whispers on our weekly phone call. I hear the preparation of dinner in the background.

Kevin is a senior in high school. Kevin is not his real name -- the pseudonym is but one of many extravagant protections I confer upon my brother. In fact, I have saved him all my life. As a child, I held watch for bullies, placed my body between his head and kitchen counters. Summers at the neighborhood pool, I kept one eye on him, long after he was the better swimmer. Even in our backyard tussles, I'd make a preliminary sweep for rocks or sticks before bending his arms behind his back and buckling his knees to the dirt.

Now he chauffeurs the sexually active. Now I need to perform a new kind of rescue. The sex happened on homecoming night, I'm told, a car full of drunk seniors skidding from dance to party. Kevin did not drink, though maybe he was tempted -- these friends of his are new and new friends are often the ones who get people to drink or smoke or jump off the wrong things.

On the big night, as neckties were pulled from teenage collars, I sipped a sipping drink on the other coast. While the young exhibitionists fiddled with buttons, I chatted with a friend about the fact that it was raining. It was fine, but we did not disrobe. By the time the East Coast condom had been flung against the curb in front of the party, my friend and I had waved and said we should do this more often.

I live helplessly in the West. I take the news of Kevin's exploits like a tied man, held hostage by the intervening miles. I'm the one who's supposed to be intervening. I should be over his shoulder, at his doorway, in front of his eyes. I should be keeping back the back-seat drunken overstated solecism that has no business, yet, among his unruined affairs.

In the past, these responsibilities left me triumphantly spent. Picture Atlas, hoisting a seeing-eye dog that is leading a guardian angel who is whispering into the ear of a bodyguard. I am these and more, and yet, these days, the net result of my brilliant guidance is attended by a sense of falling short: The paraded condom, and Kevin's subsequent muffled awe, worry me.

In my weaker moments, I'm a dick. The words for what I am take the wind out of me: meddling, protective, scared. "How often do you get high?" I heard myself ask recently. I tried to make it sound like idle chatter, like I wanted to know his taste in tennis shoes. He won't ever be fooled by these ploys, but with any luck they'll work on me. I will believe that I am not an uptight, overprotective, busybody asshole. Goodness. I need to mellow out. I should probably smoke more pot.

The appropriate metaphor here is that of a coin: On one side is the debauchery encroaching on Kevin's universe. On the other is just me, aging me, increasingly boring me, civilized me. Is the world getting hotter and heavier or am I becoming a sissy? "Wherein lies the true problem?" the coin asks in that stuffy way coins talk. The problem with the coin metaphor is that it's just a metaphor, and metaphors don't stop people from stripping in my family's car.

I remember this: The night of Kevin's homecoming, a freight train woke me just before dawn. I opened an eye and was too sleepy to know anything. I didn't know what was under my head. It was a pillow. I asked myself, what is this? It was soft and under my head. My second eye opened and I floated nicely in space for another minute before things made sense again. The next day, I told friends the pillow news. It seemed like a very good story. It had: 1) a pillow, 2) disorientation, 3) nighttime, 4) reconciliation. My friends let me finish the story, did not complain afterward. Their lives are as dull as mine.

One is inclined to take stock at junctures like this. I am in my mid-20s. I work in an office and there is a Rolodex on my desk. Also I tuck certain shirts in, avoid hard drugs, shoo the cats out of the rhododendron, eat cottage cheese, consider gas mileage, have one of those stupid patches of hair under my lower lip even though those patches are stupid. I don't own a toaster oven but that could change.

I still go to parties, like Kevin, but mine seem to end earlier. Maybe I break a glass, maybe not. Halfway through I put in some extra-large fake teeth and want the music/talking to be louder. When it's over I say goodbye. Back at home I lie around with my roommates or look for thread to fix the hole in my pants.

No room for decadence in this new life of mine. I'm not a prude -- I offer "damn," "shit" and "fuck" -- but I can't deny the recent emergence of rules in my head: I do not think people should have sex in the back seat of my family's car or really in any kind of vehicle my brother is operating. They should get in a bed. Also, no holding up of condoms.

My life happens three time zones from my brother's. We talk when we can, do so in update format. I deliver news about my job (I think I have carpal tunnel syndrome), my band (we are bad), my friends (Jose thinks he has carpal tunnel). Kevin listens actively, sagely and, because he's the best, responds with an imitation of a donkey. It's like this: Eeeeaaaaawwww. I can't do it. It comes from the diaphragm. Deep inside.

Kevin's news is of the fast life. Sometimes I can get him to tell me about his job at the zoo, and this is what I like best. The invertebrate house is his beat, and when he is catching me up on Sylvester, the giant octopus, who plays with toys, who pulls toys to his giant rolling head for inspection, whose tank is surrounded by AstroTurf on which he can enjoy no traction and thus no escape -- when Kevin is telling me this I do not worry about his future, what he will smoke, what he will jump off of. I relax among images of octopus feedings, a realized life, safety, my brother holding shrimp on a stick and not scaring me to death, really, to death.