When traditionally privileged professors are the campus minority, they turn into white panthers. 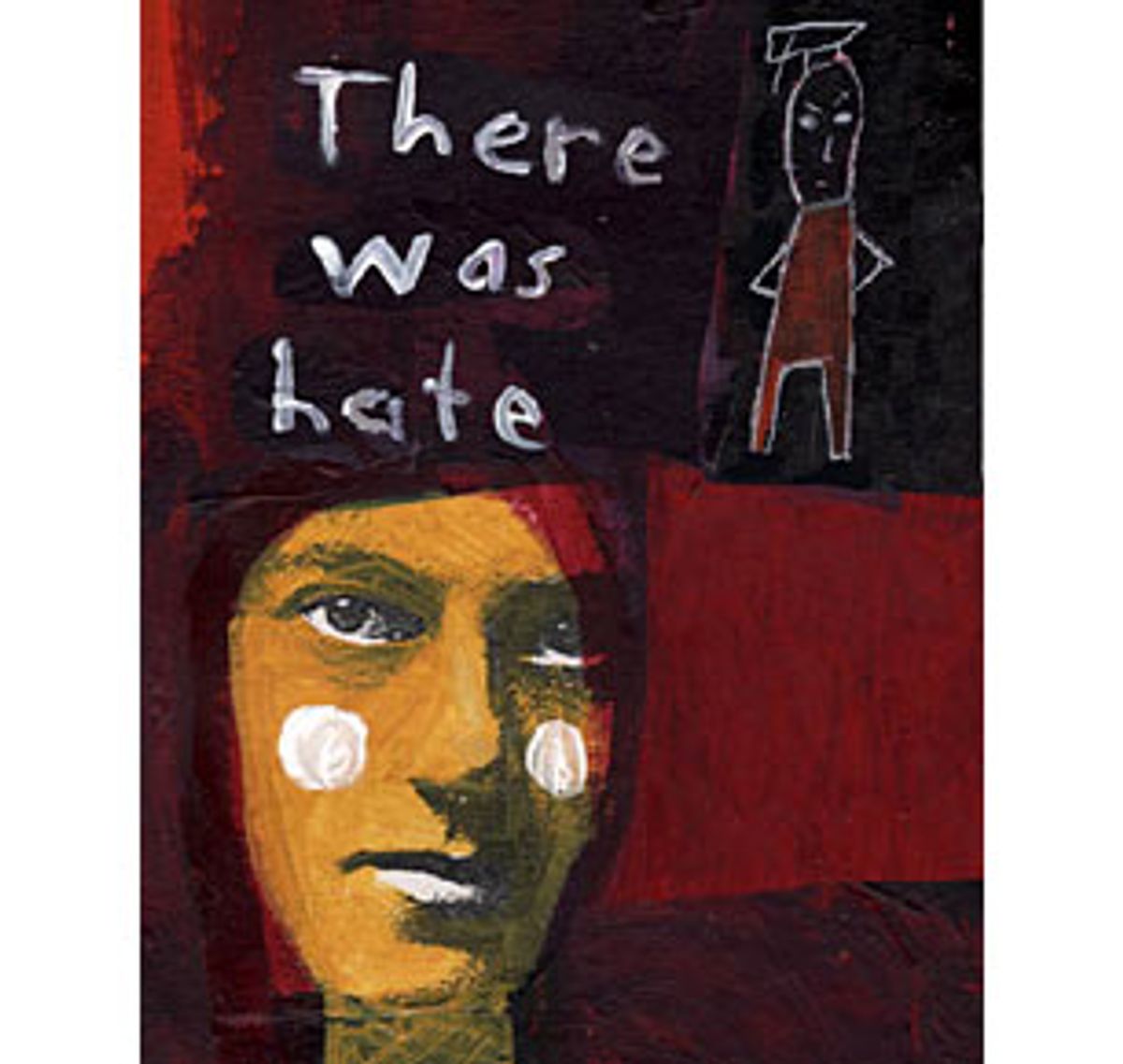 Five professors are suing Livingstone College in North Carolina, claiming the school used race as the primary criteria for promotion. The professors also allege that minority faculty members at the school are paid less, denied tenure and subject to harassment.

In other words, it's just another day in the South.

But this time, the professors are white and the school is predominantly black. White Southerners are experiencing what black Southerners confronted 30 years ago on college campuses: persecution, discrimination, verbal abuse and an openly hostile administration.

Discrimination is unethical, no matter who's practicing it. But why shouldn't black colleges fill their leadership posts with African-American professors if their mission is to provide role models for a black student body?

The only thing that chaps Americans more than discrimination is reverse discrimination. The former may be a repugnant violation of fairness, but the latter is a stinging reminder that paybacks are hell. In a status-quo world where white professors are consistently dealt the upper hand, is it valid for them to rage that they've been cheated? When university administrators have to promote certain faculty members to right historic wrongs, is it justifiable to overlook someone else who is qualified? Can a seesaw maintain equilibrium?

When a worthy obligation to provide black role models is perceived as discrimination, you have what is known in technical circles as a cluster fuck. No matter who you are or what your position is, you're going to get it in the ass. Which is why you won't see Jesse Jackson running to this school for expelling white professors like he ran to an Illinois high school earlier this year after it expelled several black students for fighting. There is no natural constituency here. Blacks are uncomfortable with defending a double standard and some whites wonder why Livingstone shouldn't have the right to promote blacks in leadership roles. No one is going to win this fight. It's just too damned complicated.

In the past five months, the plaintiffs have filed three suits in state court charging breach of contract, negligence and discrimination. They are seeking more than $1 million in damages. Of the five plaintiffs, three are current professors and two are former teachers. According to the professors, administrators refuse to even discuss a settlement. But in early February, the board of trustees fired Livingstone's president, Burnett Joiner; everyone is keeping mum on whether his termination was due to the lawsuits.

Arthur Steinberg, one of the plaintiffs, has taught history and law at Livingstone since 1992. He said he and his fellow plaintiffs have a "smoking gun": The case hinges on a 1994 review of the college's academic programs, in which an administrator recommended replacing four white professors, and it named black professors.

Steinberg's civil complaint alleges that in conversations with colleagues, a college official referred to him as "that Jewish lawyer" and "that Jew Steinberg." He also claims that he's been a victim of physical intimidation -- nails in his car tires, broken taillights and a threat from the husband of one administrator to break a chair over his head. Steinberg says the college failed to promote him from assistant to associate professor despite his qualifications and promoted lesser-qualified blacks instead.

Fellow plaintiff Bob Russ teaches English composition and literature and has been a faculty member for 10 years. He claims he has documents proving the college violated its written rules for considering tenure, using one set of procedures for blacks and another for him. Russ also alleges the college accused him of trying to eliminate black authors from his Harlem Renaissance class.

Huh? How do you eliminate black authors from a Harlem Renaissance class? "Exactly my point," said Russ. "It was the stupidest thing I ever heard."

Actually, hiring a white guy to teach a Harlem Renaissance class at a black school is the stupidest thing anyone's ever heard. Accusing him of eliminating black authors is merely incompetence. If administrators are going to accuse Russ of bigotry, they could have come up with a more plausible example. Perhaps the school should hire pros like the Los Angeles Police Department to teach them how to camouflage abuse.

Amateurish is an apt description of how Livingstone has handled the situation from the beginning. It's had a total news whiteout (or blackout, depending on your point of view). Livingstone is a private, church-supported, historically black college. Founded in 1879 by ministers of the African Methodist Episcopal Zion Church, it's in Salisbury, N.C., about an hour north of Charlotte. Of the school's 75 faculty members, 23 are white, and it has a handful of white students. "They're all here on athletic scholarship," says student Eddie Lopez, completely oblivious to the irony.

The school's silence on the discrimination suit is a mystery. A trial date has not been set, and the professors say that administrators refuse to discuss a settlement. It has granted no interviews, no statements, no return calls. The Salisbury Post, a smart small-town newspaper known for its diplomacy and even-handedness wrote an editorial calling the suit "ironic" but "plausible" given the number of teachers and the alleged evidence. The editorial hoped that Livingstone would be a paradigm of equity given its reputation as "the champion of those who have felt the sting of discrimination in years past." Puzzled by the school's silence, the editorial went on to say "the community waits to hear some response from this important institution." In the South, this is what's known as being shrill.

In addition to being bypassed for promotion, Steinberg and Russ claim administrators allowed a climate of racial animus to thrive. In one example, they claim a black professor fomented racial distrust by insulting courses taught by all white professors. "Students would come up to us and complain about it," said Russ. "They even nicknamed the rants, 'Why We Should Hate Whitey Lectures.'"

The Livingstone case bears a remarkable resemblance to a suit filed against another predominantly black college, Cheyney University in Pennsylvania. In the fall, a federal judge upheld a jury's award of $2 million to white professors who claimed they were subject to a campaign of harassment after they objected to racist hiring policies. In their suit, the professors alleged that a department chairman said he would not consider hiring whites for departmental vacancies. They also claimed the college incited students to protest against Cheyney classes taught by white professors, and one administrator referred to the teachers as "rats" and "traitors." Hey, what happened to "Whitey?" Apparently it's a Southern pejorative.

Some academics believe it isn't possible for a powerless minority to discriminate against a powerful majority. "The whole notion of 'reverse' discrimination is an oxymoron," said John H. Stanfield II, the chairman of the sociology department at Morehouse College, a predominantly black, male college in Atlanta. "It's impossible for black people to be in an exploitative position over whites. Yes, the Livingstone administration has power but it's circumscribed by the real power structure in North Carolina, which is white. One call from Jesse Helms and Livingstone would be brought to its knees."

If Livingstone bases its defense on Stanfield's "oxymoron" statement, it might as well cut a check to the five white professors now and be done with it. In the Cheyney case, U.S. District Court Judge Robert F. Kelly found that the jury had plenty of evidence of blacks discriminating against whites. The idea that reverse discrimination is an oxymoron deeply offends Steinberg. "I teach constitutional law," he said. "If you justify discrimination for one group, you have to justify it for every group. To say that there's a good reason to blatantly discriminate against people because of their skin color goes against everything we believe in America."

Contradicting his earlier statement, Stanfield said he agreed with Steinberg. "Being a black institution doesn't give them cause to discriminate," he said. "But white America is in denial about the true nature of landing a job or a promotion. It pays homage to the myth of meritocracy, but the real way you get ahead in America is not through competency but through 'sponsored mobility,' having somebody looking out for you."

Sponsored mobility is a fancy sociological term for being well-connected. As the tenet goes, what counts is who you know, not what you know. Stanfield maintains that sponsored mobility is a fact in America; studies prove that the only way to get ahead is to make sure there is someone above you pulling as hard as you're pushing. Stanfield doesn't see the practice as inherently racist, but he points out that most sponsors are white. If blacks don't know many whites (or haven't developed strong relationships with them), they don't get sponsored. And vice-versa. Stanfield has an interesting perspective on the Livingstone lawsuit: Maybe it's not discrimination. Maybe the white professors just didn't have black mentors willing to mobilize them, much like many black professors don't have white sponsors in universities.

Though it's hard to argue against the merits of black schools trying to provide black role models, it's also impossible to defend Livingstone's alleged discrimination. The "I-can-do-it-but-you-can't" double standard is enough to choke the sympathy right out of the most liberal of throats. Still, there is something disingenuous about white professors who are shocked, SHOCKED, that a black institution founded with a mission to provide black role models would want its department chairs filled by black professors.