Hearing Steely Dan's new single sent me back to adolescence and reminded me of the future I had forgotten. 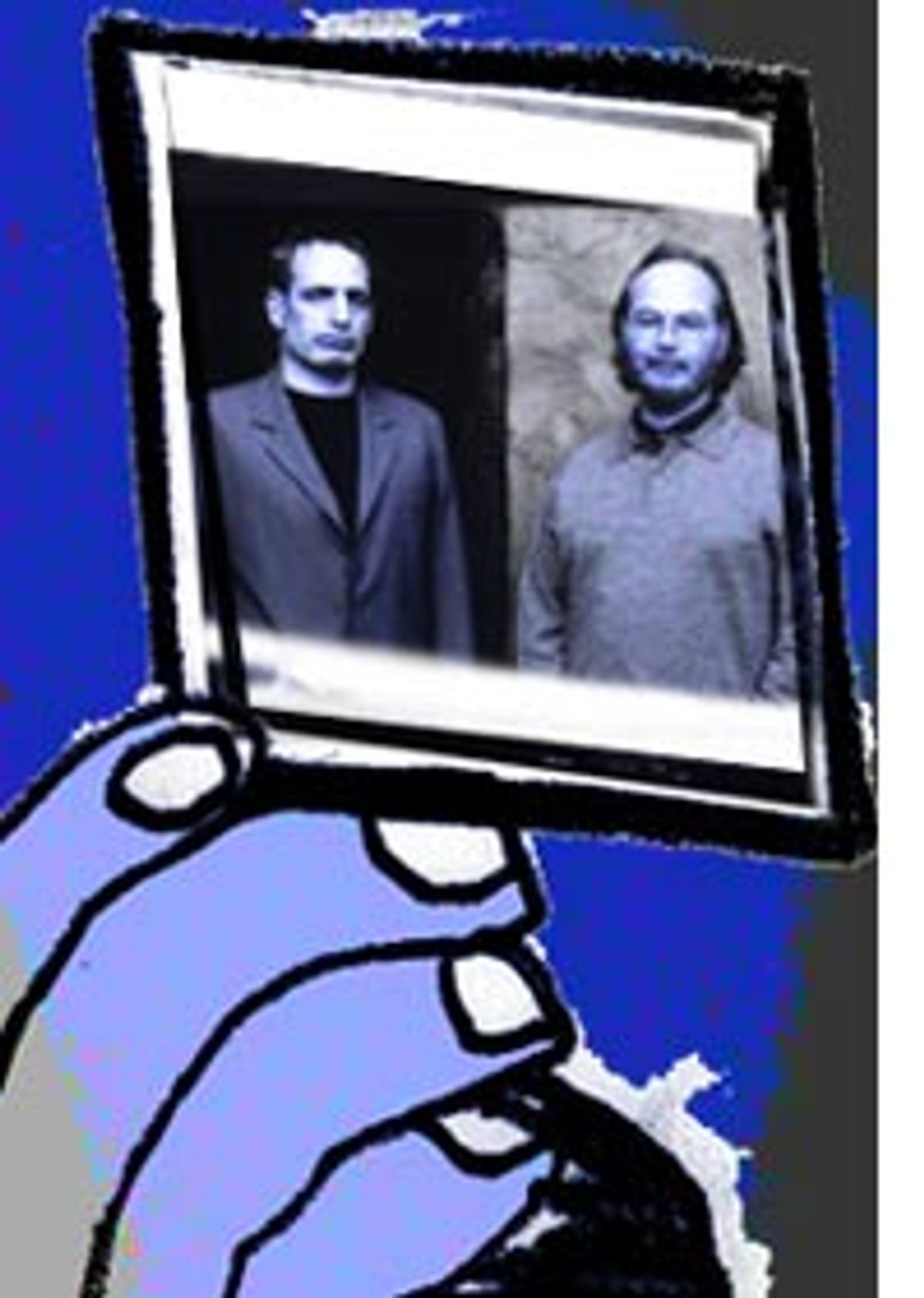 It was a classic rock station, not given
to hot hits and fast-rising new
releases. For certain acts, though, they
were clearly willing to make
exceptions. "Twenty years since their
last album," said my car stereo,
"here's a new one from Steely Dan."

And before I had time to process that
remarkable statement, there it
was. Not much doubt about it either. As
Donald Fagen sang, "How about a kiss for
your cousin Dupree," it was as if a
magic phonograph needle had somehow
discovered some new grooves on an old
copy of "Gaucho." That 1980 album had
looked to be Steely Dan's swan song,
although Fagen and collaborator Walter
Becker had always been coy about
possible new projects and had even
staged a reunion tour. Now, the DJ
informed me (in what must have been a
welcome break from introducing "Misty
Mountain Hop" for the gazillionth time)
that the Dan was back with a new CD,
"Two Against Nature."

Good thing it was late and the
rain-slick roads were nearly empty,
because I experienced a violent, sudden
attack of time displacement against
which my airbag and seat belt were
helpless. Never mind drunken driving
and excess speed -- how many accidents
are caused by Proustian disorientation?
Someone must keep stats on this stuff.

Another car radio -- this one an
optional feature in a fire-engine red
Plymouth Duster -- had crackled to life
with a similar message back in 1976. I
was parked on a leafy country lane with
a case of beer and my buddy
Gavin. We were just two troubled,
fun-loving teens gearing up for Friday
night. It may even have been the same
night that Gavin and I jumped on the
hood while another guy gunned the car
down the street for a block before
inexplicably panicking and slamming on
the brakes, causing us to shoot off the
hood and onto the asphalt like customers
at a very poorly designed waterslide.
But that might have been another Friday
night. They all sort of ran together.

Back then, too, the DJ had announced a
new Steely Dan single. On that
occasion, though, the event was not
unexpected -- just eagerly anticipated
in a way that doesn't correspond with
anything I can think of in my present
life. The new song was "Kid
Charlemagne," from Steely Dan's
soon-to-be-released fifth LP, "The Royal
Scam."

In 1976, it was still the era of Top 40 AM
radio, which traded sound quality
for the infinite possibilities of
distance. AM was the Internet of its
time -- a pipeline to the beyond. Unlike
clear, quiet, short-range FM, that
crackling AM wave might be coming from
almost anywhere, bringing something you
had never heard before. Gavin and I
cranked up the volume and leaned into
the fading signal. A smoking guitar solo
began and then the station faded away.
We waited through static that seemed
interminable. Gradually the song faded
back in -- still with the guitar solo.
Gavin and I looked at each other and
whooped. This was going to be hot!

"Kid Charlemagne" never even turned into
a hit, though the album became
another solid smash for the band
embraced by smart-ass '70s teens who
fancied themselves a cut above the
rabble. Your bands were your
identity. As far as my peers and I were
concerned, Steely Dan was what separated
us from the animals (who preferred
Bachman-Turner Overdrive).

Now, with high school 2.5 decades in the
past, here's a new Steely Dan single; a
brand new flag for a battle that ended
about the time of the senior prom. My
reflexive enthusiasm feels a throwback
to an earlier
age like the adrenaline rush that once
fueled escape from tigers and now
merely eats away your stomach lining on
the freeway. It's hard to know whether
Steely Dan still holds any genuine
musical interest or merely the tug of
comfortable familiarity.

I've sometimes entertained the notion
that if I dropped acid today I might
instantly return to my 17-year-old LSD
world -- that the land of my late teens
is waiting, like Narnia, on the other
side of a chemical wardrobe door. As I
drove down that empty street listening
to Fagen's voice over that
signature jazz-funk beat, I experienced
a little of that magical transport. I
remembered a few things I'd apparently
mislaid.

Steely Dan represented an urban
sophistication that we in the sticks
couldn't know firsthand. The stuff of
Becker and Fagen's songs had not
yet happened for us, but man, it would
be so cool when it did. Fagen himself
took up this theme on his 1981 solo LP
"The Nightfly" (considered by many
to be, in effect, the last great Steely
Dan album). In songs like "Maxine"
and "New Frontier," he sang about
excited kids with romantic visions of
future lives. "Well, I can't wait," "New
Frontier's" protagonist enthuses,
"till I move to the city."

Neither could I. And while I didn't
exactly end up on Manhattan's Upper
West Side, the urban life when it
arrived did seem to have a glossy
sheen -- perhaps an illusion built up
during long basement sessions with
beer and headphones, but a persistent
one nonetheless. It was fun to be a
city guy, just as Fagen had predicted.

But the path from youthful wonder to
middle-aged monotony is well-worn.
Innocent excitement rarely survives
contact with the mundane facts of
life, and despite the obnoxious popular
enthusiasm for retaining childhood
qualities well into adulthood, if your
41 is just like your 17, pal,
you've got problems.

So when I heard that song on the radio,
I wasn't prepared for the
feeling that took hold. It was
nostalgia, sure, but a particular kind
-- I remembered the future, the way it
looked and felt when I was 17 in 1976.
Fagen sang about that idea too, in his
hit song "I.G.Y." ("International
Geophysical Year"): "What a beautiful
world this will be/What a glorious
time to be free."

As for the nostalgia element, based on
the snappy "Cousin Dupree," I think
the Steely Dan sound has aged rather
well. Anyway, if a brand new record can
awaken for me a dormant thrill of
possibility, I'm not going to kick.
The high school identity politics may be
out of date, but a renewed sense of
wonder is always welcome. The city
really can be a cool place. I'm glad
to be reminded of it.

Gotta get that album, man.