Dave Eggers' memoir, "A Heartbreaking Work of Staggering Genius," has charms to break the Savage heart. 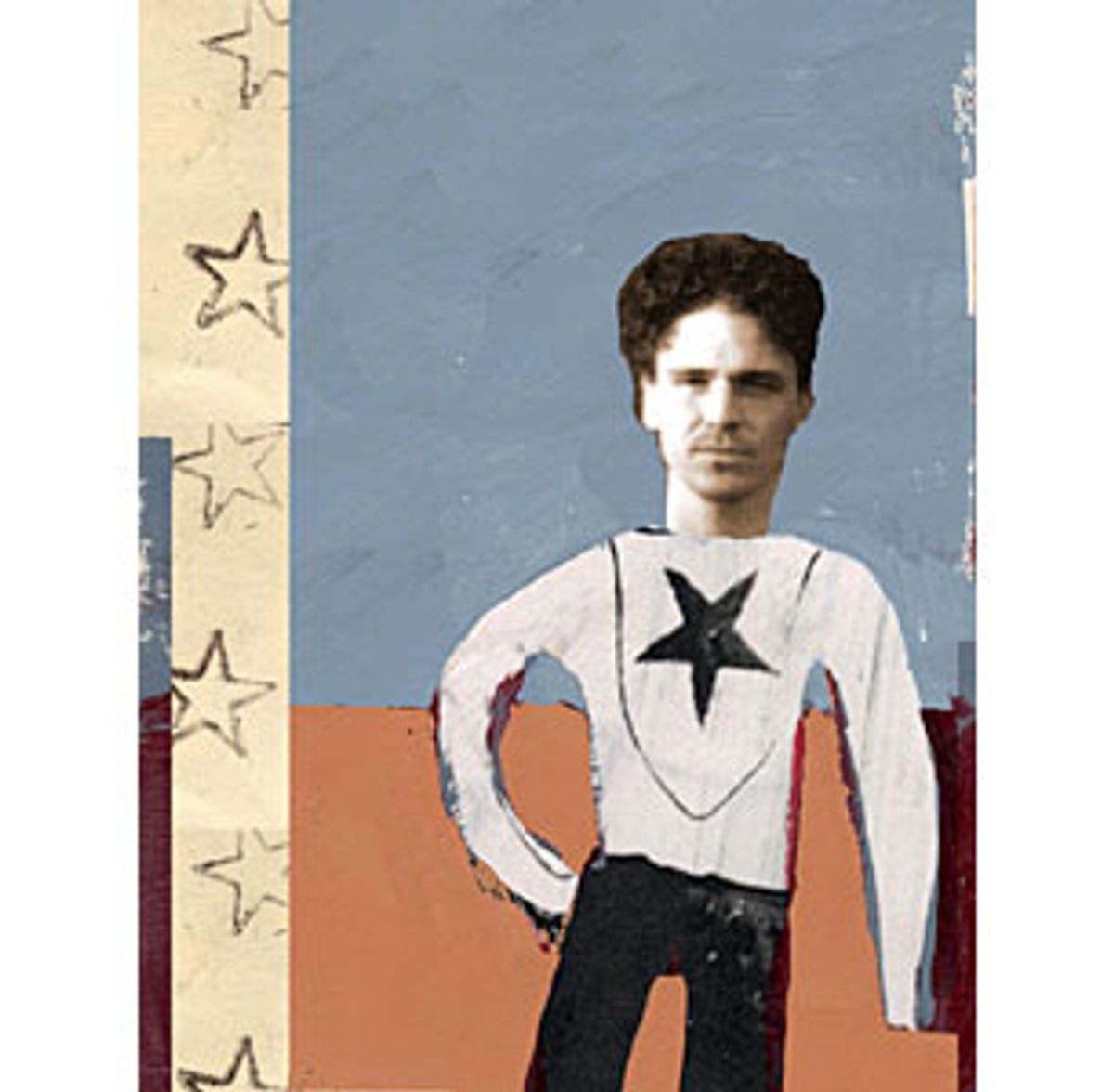 This book review contains a little information about the book being reviewed -- a short account of its contents -- but it should not be construed as a serious comment on the qualities of the book under review. In fact, I would like to take this opportunity to advise Salon readers to disregard this book review for several reasons. First, I am totally unqualified to review Dave Eggers' new book, "A Heartbreaking Work of Staggering Genius," or any other book. I would also, then, like to take this opportunity to apologize in advance to Mr. Eggers, the author of a very fine new book, should I make a mess of this review, as I expect I will and fear I already have.

You see, I am no longer accustomed to reading book-length works. While I once devoured three or four books per week, it now takes all the energy I can muster to get through my weekly ration of New Republics, New Yorkers and Newsweeks. I confess that I read Mr. Eggers' very fine new book as I might a magazine, i.e., skipping around, perversely reading from back to front, reading as I fell asleep in bed after taking two Xanaxes. I read chapters out of order, took no notes and in a moment of panic skimmed several chapters for my own name (which, to my relief, I did not find). And I may have inadvertently overlooked a chapter. Readers should bear all of this in mind and remember that this book review, like all book reviews, is merely one person's opinions. In my case, these opinions were arrived at under other-than-ideal circumstances.

Not, of course, that my opinions matter much at this stage; I have no illusions. In no way can this review harm Mr. Eggers, something that I, as a fellow writer, instinctively wish to do. The New York Times' Michiko "She Won't Like It, She Hates Everything" Kakutani loved Mr. Eggers' very fine new book, calling it a "virtuosic piece of writing" and Mr. Eggers "staggeringly talented." (I didn't read Ms. Kakutani's review; these quotes were lifted from a later New York Times piece by a writer named Sarah Lyall. If they are inaccurate, Ms. Lyall is at fault.) The Wall Street Journal also heaped praise on Mr. Eggers' very fine new book in Weekend Journal, an arts, living and real estate section recently added to that publication. (Friday's Wall Street Journal is now a must-read among the film-going, book-reading, estate-buying set.)

Further evidence that Mr. Eggers has nothing to fear from me: "A Heartbreaking Work of Staggering Genius" recently appeared on the New York Times bestseller list. This is an indication of robust sales, of course, but also an indication that the film rights to "A Heartbreaking Work of Staggering Genius" have already been sold, or will be shortly. This places Mr. Eggers in the uncomfortable position of further profiting -- he was paid $100,000 to write the book, he admits in his foreword -- from the tragic deaths of both his parents, the unhappy event that opens "A Heartbreaking Work of Staggering Genius." Unhappier still, the sale of the film rights places Mr. Eggers in the excruciating position of having to discuss who should portray him in the upcoming film adaptation of his very fine new book.

(For reasons obvious to anyone who reads "A Heartbreaking Work of Staggering Genius," or to anyone who remembers Mr. Eggers' very fine, if short-lived, magazine Might, Mr. Eggers is doubtless sick to death of being told he should be portrayed by former child star Adam Rich. If you have an opportunity to discuss the upcoming film of Mr. Eggers' very fine new book with the author, you would be well advised not to bring up Adam Rich. If you do, Mr. Eggers has every right to lose patience and retaliate by making a cutting remark about your appearance.)

After being assigned this review, I spent some time pondering why a writer so singularly unqualified to review a book was nevertheless asked to review this particular book. The only reason that made any sense was that Mr. Eggers and I have something in common: Mr. Eggers' very fine new book is a memoir about becoming, in effect, a parent. I recently wrote a memoir about becoming, in actuality, a parent. All similarities end there, however, for Mr. Eggers and I became parents under wildly different circumstances: My boyfriend and I adopted an infant; despite having two older siblings, Mr. Eggers took on the task of raising his 7-year-old brother, Toph, after their parents died of unrelated cancers within a few weeks of each other.

Mr. Eggers does not write of his tragedy -- and there is no other word for it -- as if it were the most horrific thing that has ever happened to a person. As Mr. Eggers states in his acknowledgments, "he is not the only person to ever lose his parents, and ... he is not the only person ever to lose his parents and inherit a youngster. But he would like to point out that he is currently the only such person with a book contract." (Mr. Eggers also includes one of my favorite lines from Oscar Wilde's "The Importance of Being Earnest" in his acknowledgments: "To lose one parent may be regarded as misfortune; to lose both looks like carelessness.") We live on a blood- and tragedy-drenched planet, and while the plight of the Eggers family is heartbreaking, worse fates have befallen other families.

For instance, at the same time I was giving a slipshod, Xanax-impaired read to Mr. Eggers' very fine new book, my boyfriend was reading Philip Gourevitch's "We Wish to Inform You That Tomorrow We Will Be Killed With Our Families," an absolutely harrowing account of the genocide in Rwanda. (If you're looking for fresh reasons to loathe the French, my boyfriend recommends Mr. Gourevitch's very fine book.) Mr. Eggers' parents died at home, surrounded by their helpless, anguished children, attended by nurses, while painkilling drugs dripped into their I.V.s. Here in Oprah-land, we like to pretend that pain is equal, that no one suffers more than the next person. That is not true, as Mr. Eggers admits. His parents died too soon, they died painful deaths, but they weren't hacked to death in front of their children by their machete-wielding next-door neighbors.

The general thrust of Mr. Eggers' very fine new book, besides fate's maddeningly random cruelties, is how Mr. Eggers and other media-savvy, well-educated young people make their way in the world: They fake it. By holding the roles fate forces them to play (parent, wage earner, MTV "Real World" cast member) at arm's length, Mr. Eggers and his contemporaries mock and inhabit their lives at the same time, living compromised lives like everyone else, but paradoxically on their own terms. We root for Mr. Eggers as he reinvents the role of parent in "A Heartbreaking Work of Staggering Genius." But like the dads we wish we had, and like the dads we all long to be (and can't be), Mr. Eggers' dual roles as sibling and father figure allow him to alternately play dad and best friend, wearing both roles lightly. If only to spite Jedediah Purdy, it is Mr. Eggers' life-affirming cynicism and sense of irony that allow him to embrace his adult responsibilities.

That Mr. Eggers can keep his sense of irony alive while his parents are dying and then continue to keep it alive once he has stepped into the normally irony-free roles of parent, breadwinner and provider is no small achievement. Mr. Eggers knows that parenthood is a joke the universe has played on him, but he manages to pull off an amazing double-cross, turning parenthood into a joke that he's playing on the universe (or, at the very least, on Simon & Schuster).

What's most amazing about Mr. Eggers' very fine new book, what staggers the reader and justifies the book's title, cover art and position on the New York Times bestseller list, is how thoroughly Mr. Eggers' self-deprecating tone and narrative tricks suck the reader in. Mr. Eggers allows us to remain as wary of cheap sentiment as he himself clearly is, paying us the compliment of not presuming we'll weep on cue, like Oprah's studio audience. Mr. Eggers doesn't rely on the facts of his family tragedy or on his readers' too-often-taken-for-granted empathy. He dares to entertain us, and then, once we've let our guard down, his very fine new book breaks our motherfucking hearts.

In fact, I challenge anyone to read even the first chapter of Mr. Eggers' very fine new book and remain unmoved. As I lay in bed with my boyfriend one night, while he read about Rwanda and I read Mr. Eggers' hilariously horrifying account of his mother's death, I became so upset I had no choice but to take another Xanax and go watch "Letterman."