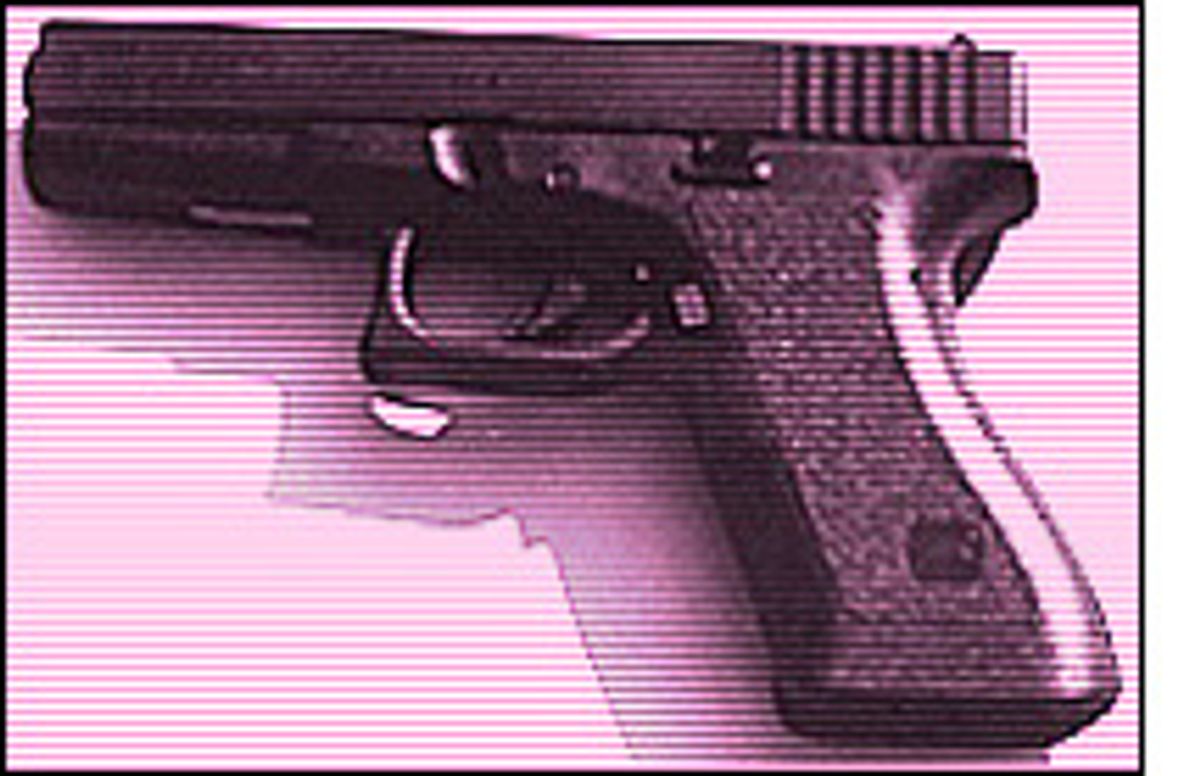 One night in the autumn of 1987, in Little Rock, Ark., a boy named Austin Fulk smelled his own death. He was 17, too young to drink in the bars, so he often hung out in a park that was popular among gay teenagers. On this night the sky was overcast, the ground soggy from a day's rain and the place mostly deserted. He was standing in a dimly lit parking lot, chatting with a man who had driven into town in a pickup truck.

A car drove past very slowly, sped up, turned around and came back. Someone inside yelled something like, "Fucking faggots, get AIDS and die!" Fulk's companion returned the compliment. The car slammed to a stop and four young men piled out, one with a baseball bat, another with a crowbar or tire iron.

"I thought I was about to die," says Austin; but he is alive, and that is because his companion reached into the truck and whipped out a pistol from under the seat, leveled it at the gay-bashers and fired a single shot over their heads. All at once, their courage deserted them. They ran back to their car and drove away.

Austin is one of two gay men I know who believe they were saved from death, or at least a long hospital stay, by guns. Guns, however, will play no part in the program for the gay and lesbian Millennium March that takes place April 30 in Washington. Early on, organizers of the march adopted eight "priority issues," with "hate-crimes legislative protections" first on the list.

A federal hate-crimes statute died in the Republican Congress last year, but mainstream voters and politicians are increasingly receptive. After 21-year-old Matthew Shepard was beaten, tied to a fence post and left to die in 1998, hate-crimes laws emerged as straight America's favorite gay-rights measure. Today almost half the states have bias-crimes laws that cover gay-bashing, and anyway, gay-bashing is already a crime in every state.

I won't quibble over the pros and cons of hate-crimes laws. In a way, I don't need to, because the numbers speak for themselves: the laws are at best insufficient, at worst ineffective. Anti-gay crimes reported to the FBI almost doubled between 1992 and 1998. The National Coalition of Anti-Violence Programs monitors 16 jurisdictions and found 33 anti-gay murders in 1998, up from 14 in 1997. The coalition also found that gay-bashers were becoming more likely to use deadly weapons: guns, baseball bats, knives. There is not a city in America where gay couples can hold hands in public without fear. Gay-bashing is a kind of low-level terrorism designed to signal that, whatever the law may say, queers are pathetic and grotesque. Beyond a certain point, therefore, law can't be the answer.

So it is remarkable that the gay movement in America has never seriously considered a strategy that ought to be glaringly obvious. Thirty-one states allow all qualified citizens to carry concealed weapons. In those states, homosexuals should embark on organized efforts to become comfortable with guns, learn to use them safely and carry them. They should set up Pink Pistols task forces, sponsor shooting courses and help homosexuals get licensed to carry. And they should do it in a way that gets as much publicity as possible.

John Lott of Yale University has done extensive research on concealed-gun laws and finds that they reduce violent crime, especially among minorities, who are at greater risk, and above all among women, who are otherwise perceived as easy targets. Even if you disbelieve his research for crime in general, remember that gay-bashers are probably especially ripe for deterrence. They aren't career criminals or super-predators. More often, they are drunken or rowdy youths who decide to prove their manhood by picking on the weakest, most limp-wristed thing they can think of: a faggot.

If it became widely known that homosexuals carry guns and know how to use them, not many bullets would need to be fired. In fact, not all that many gay people would need to carry guns, as long as gay-bashers couldn't tell which ones did. Suddenly, what is now an almost risk-free sport for testosterone-drenched teenagers would become a great deal less attractive.

Won't bullets fly in the streets? Won't blood flow in torrents? If that were going to happen, it would have happened by now. Today almost half of all Americans (and 60 percent of gun owners) live in states that license concealed weapons; abuse of lawfully carried guns turns out to be vanishingly rare. Remember, to get a permit you typically need to register with the police, pay a fee, pass a gun-safety test, have no criminal record, not be crazy and so on. In aggregate, people with concealed-gun permits handle their weapons more safely than off-duty cops.

No doubt some gay-bashers would respond by adding guns to their own arsenals (as they are already doing anyway). Lott's research suggests, however, that the effects of any such "arms races" are more than offset by criminals' desire to steer clear of potentially fatal confrontations. That finding, one can safely guess, applies doubly to gay-bashers, for whom the whole point is to beat up on someone weak. The last thing they want is to risk their lives in a firefight with a trained opponent.

So pink pistols can save lives, which is important. But -- and this is even more important -- they can also change lives.

To see this, consider a somewhat uncomfortable question. After decades of anti-gay killings, many of them unutterably savage, why was it the Shepard murder that finally became a cause celebre among heterosexual Americans?

Many reasons, of course. Shepard looked angelic and could have been anyone's child; the story of his agonizing deathbed countdown riveted attention; the crime and its symbolism were horrible and moving. But there is, I think, one more reason, which is not quite so innocuous. Shepard was small, helpless and childlike. He never had a chance. This made him a sympathetic figure of a sort that is comfortingly familiar to straight Americans: the weak homosexual.

Since time immemorial, weakness has been a defining stereotype of homosexuality. Think of the words you heard on the school playground: "limp-wrist," "pansy," "panty-waist," "fairy." No other minority has been so consistently identified with contemptible weakness. Hate-crimes laws, whatever their other attributes, do nothing to challenge the stereotype of the pathetic faggot. Indeed, they confirm it. By running to the heterosexual majority for protection, homosexuals reaffirm their vulnerability and victimhood.

If anti-Semites hate Israel, that is in no small measure because Israel shattered the ancient stereotype of the helpless and sniveling Jew. Jews with an army! Jews who fight back! You can hate Israel all you like, but you don't bully it. Israel changed the way Jews see themselves, and it changed the way gentiles see Jews.

Guns can do the same thing for homosexuals: emancipate them from their image -- often internalized -- of cringing weakness. Pink pistols, I'll warrant, would do far more for the self-esteem of the next generation of gay men and women than any number of hate-crime laws or anti-discrimination statutes.

I don't advocate a swaggering or confrontational attitude toward the American majority, or for that matter toward gay-bashers. Gays shouldn't play Dirty Harry. I also don't favor abandoning other efforts to mobilize law and public opinion against violence. Pink pistols are a kind of civil-rights measure, but they are fully compatible with other, more traditional kinds of civil-rights measures.

Still, the abiding fact is this: Homosexuals have been too vulnerable for too long. We have tried to make a political virtue of our vulnerability, but the gay-bashers aren't listening. Playing the victim card has won us sympathy, but at the cost of respect. So let's make gay-bashing dangerous. We should do that for our own protection. But we should also do it because we will win a full measure of esteem from the public, and from ourselves, only when we make clear our determination to look after ourselves.

Austin Fulk now lives in Virginia. He is a certified pistol instructor and is licensed to carry a concealed firearm. He has never had to use it.