The Scrooge of science

In his book "Voodoo Science," physicist Robert Park responds to alternative medicine and cold fusion with a resounding "Bah, humbug!" 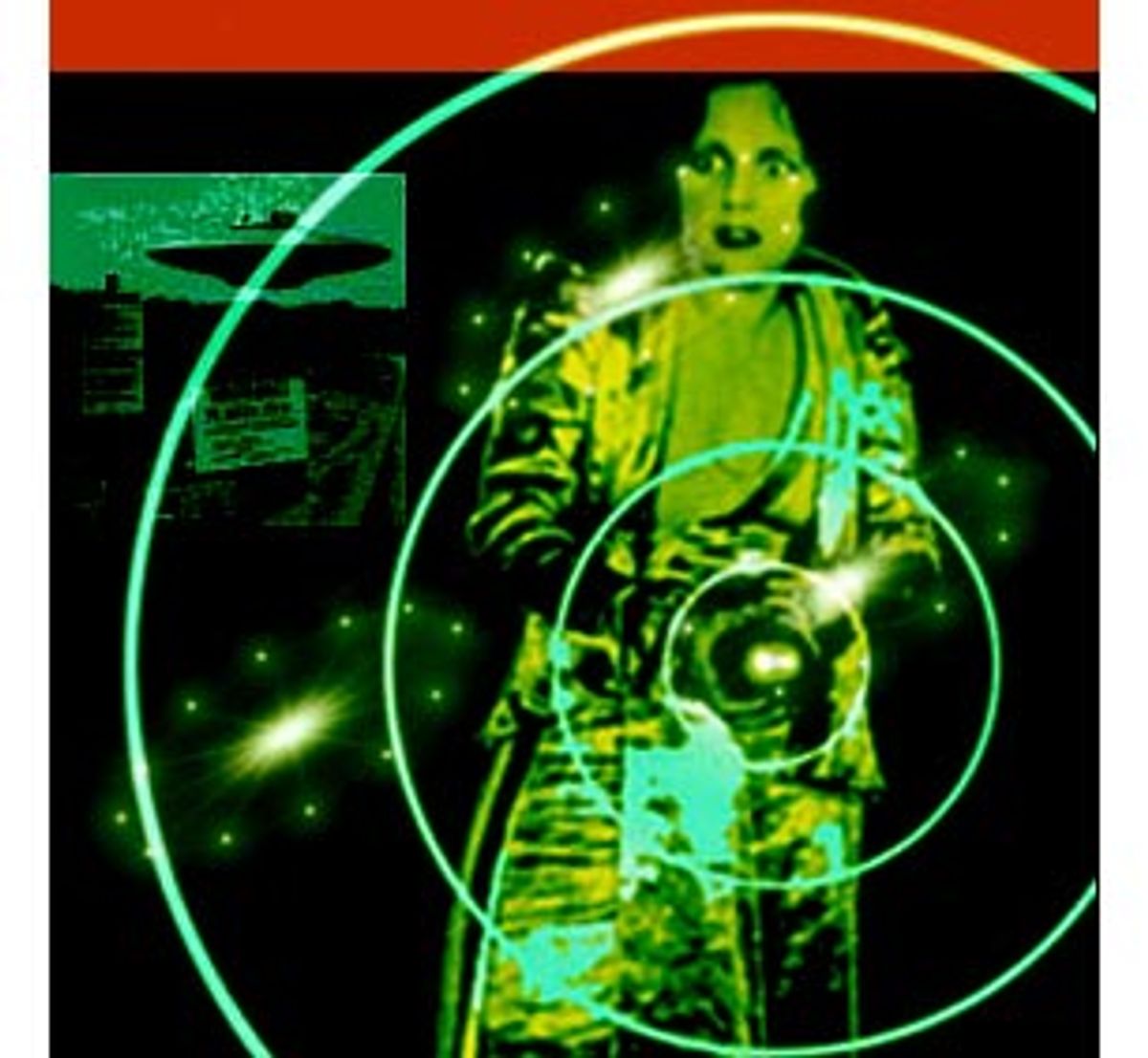 When USA Today carried a full-page ad last year for a mysterious tincture called "Vitamin O," described as "stabilized oxygen molecules in a solution of distilled water and sodium chloride," few noticed that the ad was describing common salt water. Clearly, the manufacturer, Rose Creek Health Products, was betting on the public's unfamiliarity with scientific lingo to make a killing in the lucrative homeopathic market. It seemed a pretty safe bet: The company was selling 60,000 of the 2-ounce vials each month, retailing at $20 apiece, after ads promised Vitamin O would increase energy and even cure cancer. The premise was that our bodies need oxygen to function well but air quality is so poor that most of us don't get the oxygen we need.

Then Robert Park, a physics professor at the University of Maryland, exposed the scam in his provocative weekly electronic newsletter, "What's New," which reports on science issues. A subsequent interview with Park on National Public Radio raised enough public pressure to cause the Federal Trade Commission to investigate. Three months later, the FTC charged the supplier with fraud and ultimately closed down the company.

The Vitamin O scheme is an example of pseudoscience, also known as junk science or, as Park has dubbed it, "voodoo science." The label encompasses all manner of scientific concepts and claims that are wrong by established academic standards, yet attract large followings of passionate and sometimes powerful corporate and government allies. Although it has been present throughout human history, junk science has become increasingly sophisticated -- and more difficult for the layperson to detect -- because of the explosion in scientific progress and technological advancement.

Pseudoscience is a perennial bugbear for legitimate researchers, an increasing number of whom are beginning to sound the alarm. Along with the late Carl Sagan, Park is among the most stalwart champions of the cause. A 70-ish, bantamweight man who regularly runs triathlons, Park has been battling the many-headed Hydra of pseudoscience for the past 16 years through his role as director of public affairs for the American Physical Society, the largest professional organization for physicists in the country.

"It's a target-rich field," Park says. Many of his favorite targets are skewered in his first book for a general readership, "Voodoo Science: The Road From Foolishness to Fraud," due this spring from Oxford University Press. The book attempts to debunk today's most foolish scientific claims: magnetic therapy, cold fusion, so-called free-energy schemes and alien abductions, to name a few. In the process, Park investigates how otherwise respectable scientists may end up committing scientific fraud; how our evolutionary heritage makes us want to believe in an era when belief is a hindrance rather than a protective mechanism; and how the public can distinguish false claims from genuine breakthroughs in a time of unprecedented scientific progress.

Park is a master of the snappy sound bite. When the Kansas Board of Education voted to remove evolution from the public school curriculum last fall, Park dryly observed, "The rest of the world is standing on the brink of a new millennium, and Kansas has voted itself back into the Stone Age." Network news teams, radio talk shows and newspapers frequently feature him as the token skeptic when reporting on questionable scientific results. Park always delivers with his trademark acid tongue.

Park's zeal in ferreting out junk science has made him a controversial figure, hailed as a patron saint by skeptics and condemned by true believers as an archenemy of progress. Supporters include magician and fellow debunker James Randi; detractors include psychic spoon bender Uri Geller. Another detractor is Nicholas Nossaman, a Denver family medical practitioner who relies almost exclusively on homeopathic remedies for his patients -- the popularity of which Park attributes sweepingly to the placebo effect.

"When someone in a particular scientific paradigm is introduced to something that doesn't fit that paradigm, either they've got to extend their boundaries, or they have to insist that it doesn't exist," says Nossaman. "Right now they've chosen not to extend their boundaries." Nossaman acknowledges the existence of the placebo effect, but points out that it is also present in traditional medicine and that the effects are usually short-term rather than long-term cures. "I don't care if Bob Park is convinced or not," he says. "All I care about is that people get better."

Among scientists, opinion is sharply divided as to whether Park helps or hinders the cause, since his outspokenness frequently offends powers that be in Washington even as it garners coveted media attention. Since many scientists rely on federal funding, Park's bombastic style worries some researchers. In fact, the American Physical Society requires him to include a disclaimer at the end of his electronic newsletter, which nonetheless bears the inimitable Park imprint: "Opinions are the author's and are not necessarily shared by the APS, but they should be."

Nor does his brash, highhanded approach always appeal to members of the general public, many of whom perceive him as an arrogant know-it-all poking fun at the public's expense, particularly when he targets alternative medicine, which now has its own branch at the National Institutes of Health, thanks to congressional influence. But in "Voodoo Science," Park proves himself to be more than just a snide spoilsport intent on pissing on everyone's parade. Snappy sound bites might help bring science into the spotlight, but Park's ultimate objective is nothing less than a revolution in public thinking: imparting a sense of healthy skepticism to enable us to recognize bad science.

Consider the long and colorful history of free-energy schemes, which date from 1618, when a London physician named Robert Fludd tried to adapt a waterwheel into a perpetual-motion machine. His modern-day counterpart is Joe Newman, a backwoods mechanic from Lucedale, Miss., who claims to have invented an energy machine that operates on similar principles. Unfortunately for Fludd and Newman, such schemes violate the laws of thermodynamics, which dictate that friction and gravity prevent an object from spinning indefinitely -- a fact so widely accepted that the U.S. Patent and Trademark Office generally rejects applications for perpetual-motion machines outright.

But like the medieval alchemists who devoted their lives to turning base metal into gold, such men continue to pursue the pipe dream of an unlimited source of energy. Park knows of at least three companies doing business in this country that claim to have developed infinite-energy devices, bilking millions of dollars out of starry-eyed investors. Inevitably, the inventors seek to silence detractors by likening themselves to Newton or Galileo: scientific geniuses ahead of their time who are thwarted by a closed scientific establishment.

Despite its reputation for skepticism, the media frequently contributes to the proliferation of pseudoscience, sometimes fanning the flames of public hysteria. Conspiracy fears were at the center of the decade-long power line scare, based on a 1989 series of articles in the New Yorker by investigative reporter Paul Brodeur that asserted that prolonged exposure to the electromagnetic fields of power lines caused cancer in those unfortunate enough to live near them. Brodeur made a convincing case, drawing on the findings of an early study (now widely acknowledged as flawed because the number of subjects was limited) and circumstantial, anecdotal evidence.

While anecdotes make for powerful journalism, they are not sufficient to establish a link in a scientific study. Unlike the link between cigarettes and cancer, which has been repeatedly borne out by a multitude of studies, a series of comprehensive double-blind studies found no evidence of a similar link between power lines and cancer.

That revelation came at a high public cost. By 1999, the total cost of the power line scare, including the relocation of power lines and the loss in property values, was estimated at more than $25 billion by the White House Science Office. The only person who seems to have benefited from the hysteria is Brodeur, who wrote two sensational books based on his New Yorker series: "Currents of Death" and "The Great Power Line Cover-up." Now retired, he persists in his belief in a widespread conspiracy despite the mounting pile of epidemiological evidence to the contrary.

Park's efforts occasionally have happy endings, as in the Vitamin O scam and power line controversy. Yet for every head of Hydra he manages to lop off, another grows back in its place. "No matter how thoroughly you think something is debunked, believers still persist," Park marvels. "It's a mistake to underestimate the human capacity for self-delusion," he concludes. For example, sales of magnetic-therapy kits topped $2 billion last year, buoyed by endorsements from pro golfers and other athletes. Yet, retailing for $39.95, they are little more than common refrigerator magnets in flashy packaging, with magnetic fields too weak to penetrate the material in which they are encased, much less have any noticeable effect on tired or strained muscles.

Another Park peeve is the ongoing public fascination with UFOs and alleged alien abductions, fueled by a slew of Hollywood films and popular TV series -- and undaunted by the CIA's revelation that more than half of all UFO sightings from the late 1950s and 1960s were secret reconnaissance flights by U-2 spy planes. Park has seen only one episode of "The X-Files," at his son's urging, and was duly unimpressed, except for one small detail: the poster in Fox Mulder's office depicting a UFO, with the slogan "I want to believe."

Therein lies the secret behind the pervasiveness of pseudoscience: People want to believe, and they will distort and deny the facts any way they can to support a belief. "Many people choose scientific beliefs the same way they choose to be Methodists or Democrats or Chicago Cubs fans," Park writes. "They judge science by how well it agrees with the way they want the world to be." The solution, he insists, lies not in imparting specific knowledge of science to the public but in encouraging a more scientific worldview, which he describes as "an understanding that we live in an orderly universe governed by natural laws that cannot be circumvented by magic or miracles."

But even an astute skeptic can be duped, as Park learned from his own close encounter. In the summer of 1954, he was a young Air Force lieutenant stationed at Walker Air Force Base in Roswell, N.M. While driving back to base late one night along a deserted stretch of highway, he witnessed a spectacular blue-green light streaking across the sky. As a physicist, Park recognized the phenomenon for what it was: an ice meteorite plunging into the upper atmosphere and emitting a blue-green fluorescence upon entry. Congratulating himself on his keen insight, he continued on his way.

That's when he saw it: a shiny metallic disk hovering low in the sky that bore an unmistakable resemblance to a flying saucer. For a moment, his smug, rational world turned upside down -- and then he realized the apparition was merely his car's headlights reflecting off of a single telephone line running parallel to the highway.

Park admits it was a humbling experience. "I was primed to see a flying saucer [by the powerful impression of the ice meteorite], and my brain filled in the details," he writes. "Whenever I become impatient with UFO believers, as I often do, I try to remember that night in New Mexico when, for a few seconds, I believed in flying saucers."

Jennifer Ouellette is a writer living in New York.