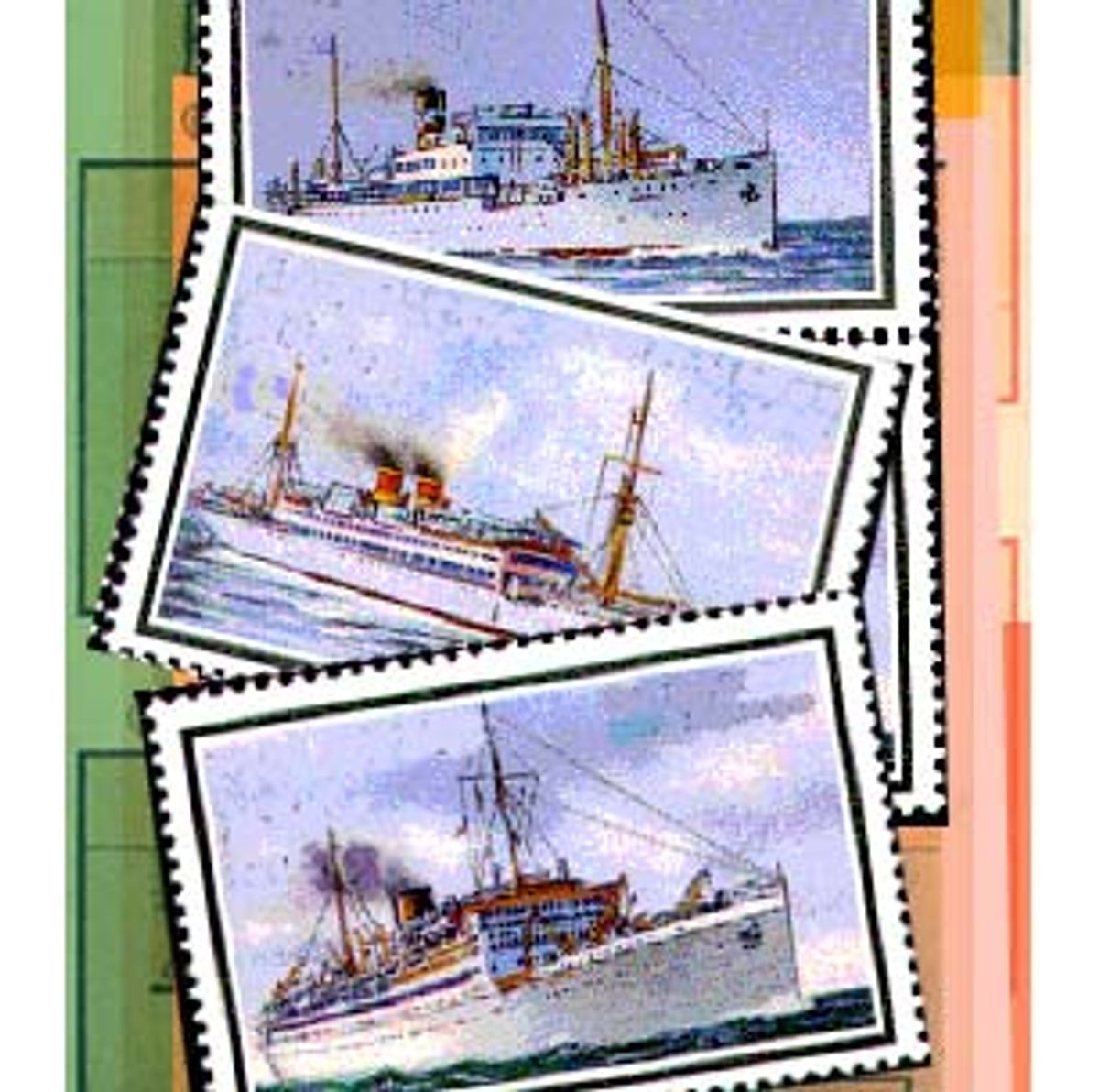 My husband and I are looking for
some cruise information and wonder if
you can point us toward Web sites,
travel agencies and the like. We have in
mind a 10-day eastern Mediterranean
cruise including ancient sites --
Turkey, Greece and the Greek isles. We'd
prefer a smaller ship.

Many Web sites and guidebooks examine
cruises and cruise ships, but one of the
best places to start is Fielding's
Cruisefinder, which describes the
cruise lines and directs you to those
operating in certain regions, including
the Greek islands and
Turkey.

There you'll find more than two dozen
ships operated by more than a dozen
cruise lines that ply those waters.
Links take you to each ship's itinerary,
details on number of cabins and other
statistics and tips on value for money.

The site also has a Crowsnest forum,
in which readers can share information
on ships and itineraries.

America Online users also can get help
via the service's Cruise Critic site;
use keyword "Cruise Critic," where you
also can find a cruise selector engine.
It, too, has a forum where many readers
have filed their opinions and advice on
Greek-island cruising. Nonsubscribers
can find cruise information through
AOL's Cruise Critic site.

To check out the full range of smaller
ships in the Mediterranean and
elsewhere, drop your anchor at the Small Ship Cruises site. There you'll
find links to specialists on small cruise ships
and theme cruises, including
some in Greece.

Another excellent site for browsing for
cruises is Cruise
Ship Center & Cabin Exchange. Among
many other features, it points toward
cruise discounts in specific regions.
Check Mediterranean Current Discounts.

Visit any store with a big travel book
section and you'll probably find half a
dozen or more cruise titles, including
"Fielding's Worldwide Cruises," "Berlitz
Complete Guide to Cruising and Cruise
Ships" and "100 Best Cruise Vacations"
(Globe Pequot, 2000), which includes a
section on the Royal Olympic Cruises'
Stella Oceanis and Windstar Cruises'
Wind Spirit, both of which sail the
Greek islands and Turkish coast.

A number of companies offer
white-water tours through the Grand
Canyon. Since they're all approved
operators from the National Park
Service, can you pick any of them and be
assured a quality trip?

Those white-water companies operate under
license and the business is competitive
enough that standards are generally
high. But there are differences in craft
-- oar-powered rafts, motorized rafts,
dories, kayaks and so forth -- and it's
worth examining several companies to see
what would appeal most to you. The
companies also may have trips that vary
in length, cost and amenities. It's also
worth asking a few questions about the
experience of the crews.

Safety is a big consideration, of
course, and experience can be a
reflection of how safe an operation is.
Ask how long employees have been on the
river and how long they have been
employed by the company. River men and
river women tend to stick with companies
that are well run and treat them right.

If you call individual companies and
casually ask about their competitors,
you can sometimes get candid appraisals
-- particularly after it's established
that you won't be able to go with the
company you've called because of timing,
price or some other reason.

A general description of the different
trips available is at the Grand Canyon National Park
page. Click on "River Trips" in the
upper-right menu.

A good source for tracking down river
trips is the Grand Canyon
River Outfitters Association, phone
(520) 556-0669. At the site you'll find
17 companies listed, most of them with
links.

An unusually authoritative source for
checking out river-running outfitters is
a book called "Top Rated River
Adventures: Canoeing, Kayaking & Rafting
in North America" by Maurizio Valerio
(Picked-By-You Guides, 1999). This
series asks outfitters to supply client
lists, then surveys the clients. The
first edition includes only two Grand
Canyon outfitters, but it's likely
others will be included in later
editions. Look for the guide in stores,
or visit the Top
Rated site.

My kids are fascinated with the idea
of swimming with dolphins, especially
wild dolphins. A quick check of the Web
shows a number of
companies offering these trips, most of
them in Florida. I assume these
companies are not all created equal.
Any suggestions?

Most of the dolphins you'll find in the
dolphin-swim programs in Florida aren't
exactly wild -- when you're charging
people $75 or more a pop you usually
have to guarantee a predictable level of
contact. Most of the basic programs run
$75 to $120 and include some educational
instruction. Some are fairly short,
in-and-out swims; some are
therapeutic. Still others are good for
children and people who'd like to
explore working with dolphins.

Until recently there were only a handful
of dolphin-swim programs in the United
States, where regulation and controversy
over the propriety of confining dolphins
had a chilling effect. But there's been
a spurt of interest -- and options --
that's likely to continue with the
opening July 1 of SeaWorld's Discovery Cove, an Orlando
theme park that will offer a dolphin
experience as well as other aquatic
diversions.

Also riding the dolphin wave is "Dolphins -- The
Ride," a short film making the
rounds at Imax theaters.

Among the longest-established U.S.
programs are:

The Bahamas have several dolphin
programs, including Bimini Undersea (800-348-4644), which
operates trips from North Bimini two or
three times a week. These include a
one-hour boat ride to dolphin grounds
and 30 minutes to one hour in the water
with the wild dolphins, which approach
the boat 80 percent of the time, the
company says.

A recent article in USA Today
addressed the topic of the public's love
affair with dolphins, noting that there
now are nearly 20 dolphin programs in
the United States.