They were a sign that he would keep his job for a while and we'd have food on the table. 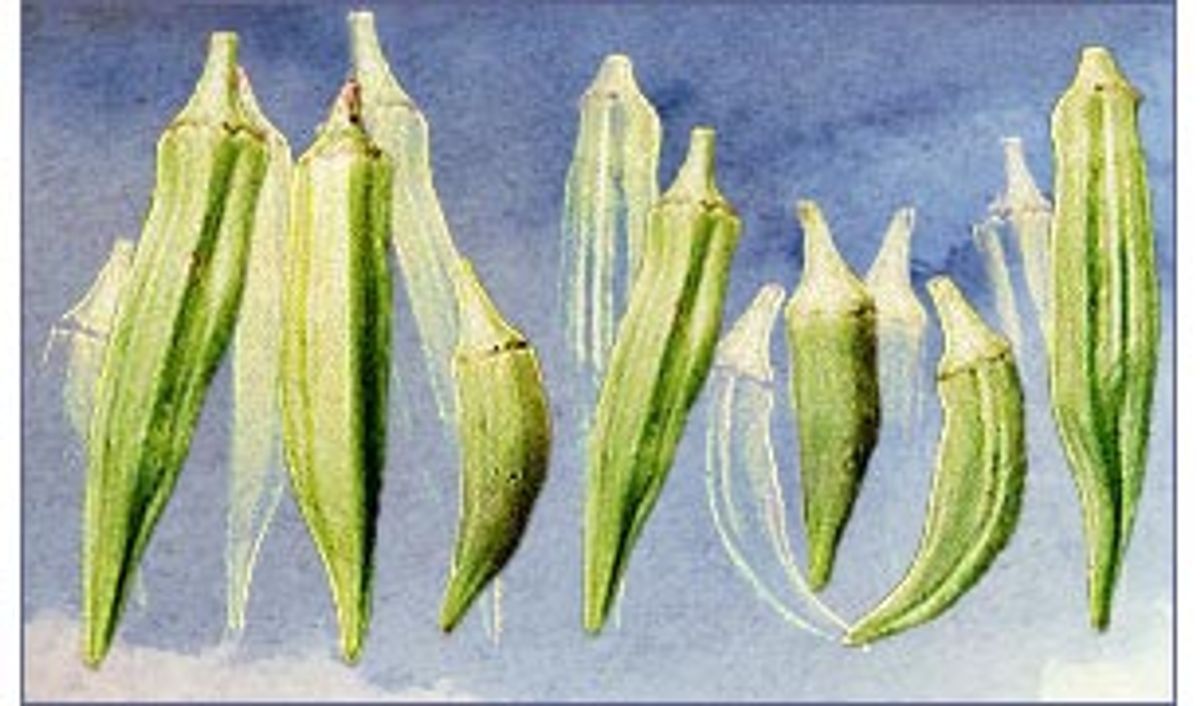 My daddy's gardens were everything he could never be.

Disciplined, orderly, productive -- they could be counted on. Soldier-straight rows of perfectly mounded rows sprouted green at the first sign of spring warmth. By early summer, we could fill colanders with baby greens, tender snap beans and tiny potatoes for supper every night. As the season bloomed, the garden became a produce stand from which we could fill jars with food for the winter and still have luscious fresh corn, beefsteak tomatoes and okra for the kitchen table.

Daddy was a man of great talents. He was sensitive and artistic, told good stories and sang like an Irish angel. He had friends in every corner of every county we visited. He just couldn't earn a living.

These days, I laugh and say that my daddy was "employment challenged." But when I was a child, there was nothing funny about his shortcomings. By the time I came along in 1957, Daddy had been fighting too many demons too long. Some were the work of a genetic tendency to fragile nerves. Most he picked up while he was in North Africa during World War II.

We lived precariously, teetering on the brink of constant disaster and sometimes falling all the way in. We hid from the milkman, dodged bill collectors, lied to the landlord. When the electricity went dead or the water stopped running, my mom took one of us kids down to beg the utility company for sympathy.

We grew accustomed to living with certain kinds of scarcity -- shoes that had holes in the toes, dresses too short and tight under the arms. I suppose, in some sense, we even got used to a scarcity of kindness -- being called white trash by teachers and the parents of our classmates. But we never got used to the times when food was scarce. More than once, we stayed alive because somebody took pity and brought us a bag of groceries. Once we lived four months on nothing but grits and fruit cocktail. But when Daddy put in a garden, we knew that we would eat.

For a man who had a hard time holding a job, Daddy had a remarkably strong work ethic. He rose early, usually before dawn, to commune with God and the outdoors. The finest part of a summer morning, Daddy believed, was the hour or two just after sunrise when a man and his daughters could toil together in the garden. And toil we did. We hoed, pulled weeds, repaired rows, applied fertilizer and gently hand-watered delicate seedlings. And late in summer, when the Texas heat and humidity combined to create a place that the devil rented out so he didn't have to live there, we cut okra.

Okra is a vegetable that proves the existence of a God who deals in both wrath and mercy. The inside of each little pointy-ended okra pod is filled with thick, runny slime and dozens of slippery round seeds. Outside, the delicate green skin is covered with fuzzy, almost microscopic hairs. Those little okra hairs burrow through sleeves, through gloves, through shirts and shorts and into the skin, where they itch with a fury unrivaled in my memory.

I hated okra -- at least until it was enshrined on the supper table, dredged in yellow cornmeal and fried in bacon drippings, crunchy and delectable beyond belief. When scooped onto a plate beside snap beans cooked with thick bacon, fresh yellow squash still sweet from the vine and little shallots served raw, and sprinkled with salt and crunched with bites of cornbread, that okra was the taste of grace.

Some summers there was no garden. We moved too often, skipping from one shoddy rental house to another, sometimes from town to town, one step ahead of one more landlord who expected to be paid every month.

If Daddy planted a garden when spring came, my heart sang. Even looking ahead to the sweaty work of picking off tomato hornworms and weeding okra, I still loved his gardens. I couldn't have told you then, but I know now, that when Daddy planted a garden it meant he was well enough that we probably would stick in one place for a while. He would hold onto the job he had and our uncertain lives would be stable, at least until summer was over and the last ripe tomatoes had been pulled from the vines.

Sometime around the middle of 1974, an unprecedented streak of good luck descended on our family. Daddy found help from the Veterans Administration, my mom found a good job and I got a scholarship that covered all my tuition at Baylor University. Daddy had a prodigious garden that year -- and the next.

Then, in May 1976, when I was 18 and he was 58, Daddy's sore arm turned out to be the lung cancer that would kill him in time for a Labor Day funeral. He had already planted a monstrous garden. The next three months were a swirl of hospitals, tears, false hope. My mom quit her job to stay by Daddy's side. My older sister disappeared into a blur of independence and grief. I was left at home with my younger sister, who turned 13 three weeks after we buried Daddy.

Through that horrible summer, Daddy never stopped believing he would "whip this thing" and insisted we keep his garden in good shape. On the few times they let him out of the hospital, he headed straight out to check his tomatoes and okra, begging us to keep the bugs off and make sure they were still growing and ready for him when "I'm over this and come home for good."

Between summer classes, my first serious lover, a job spinning "easy-listening music" at the local FM station and growing a lifelong bond with my little sister, I tended Daddy's garden.

I remember looking at that monstrous green swath every night when I came home and first wishing it gone and then, fervently, praying for it to live. As summer progressed, Daddy's garden thrived beyond all reason. Some days it seemed that those tiny seeds were summoning the life force that Daddy was surrendering.

My little sister and I harvested bushels of tomatoes and cucumbers that summer; we canned and pickled until the ends of our fingers peeled and our skin smelled like vinegar. We cooked up the fruits of Daddy's garden, though he couldn't eat anymore.

Summer ended. Daddy died. We buried him beside his father. My granny is there with them now, as well as Daddy's two older sisters and one of his brothers.

There were no more gardens. I swore I would never grow anything bigger than bread mold. But then, as soon as my first son could toddle and grasp little pieces of grass in the yard, I knew I had to have a garden. I know now, without question, that the finest time of any day is the time a woman and her sons can spend together in a garden.

When I think back to my childhood, I try not to dwell on the hard parts. I try not to remember the times we pretended not to hear the knocks at the door or the times we moved in the middle of the night. Instead, I remember the smell of dew on okra leaves in the hot Texas morning. I remember Daddy planting in the earth. And I remember the delight of supper at my daddy's table when the garden was green and the taste of summer filled more than my plate.

Sunny Hemphill is a freelance writer in Washington state.