The bestselling novelist wasn't, it turns out, the man he claimed to be. 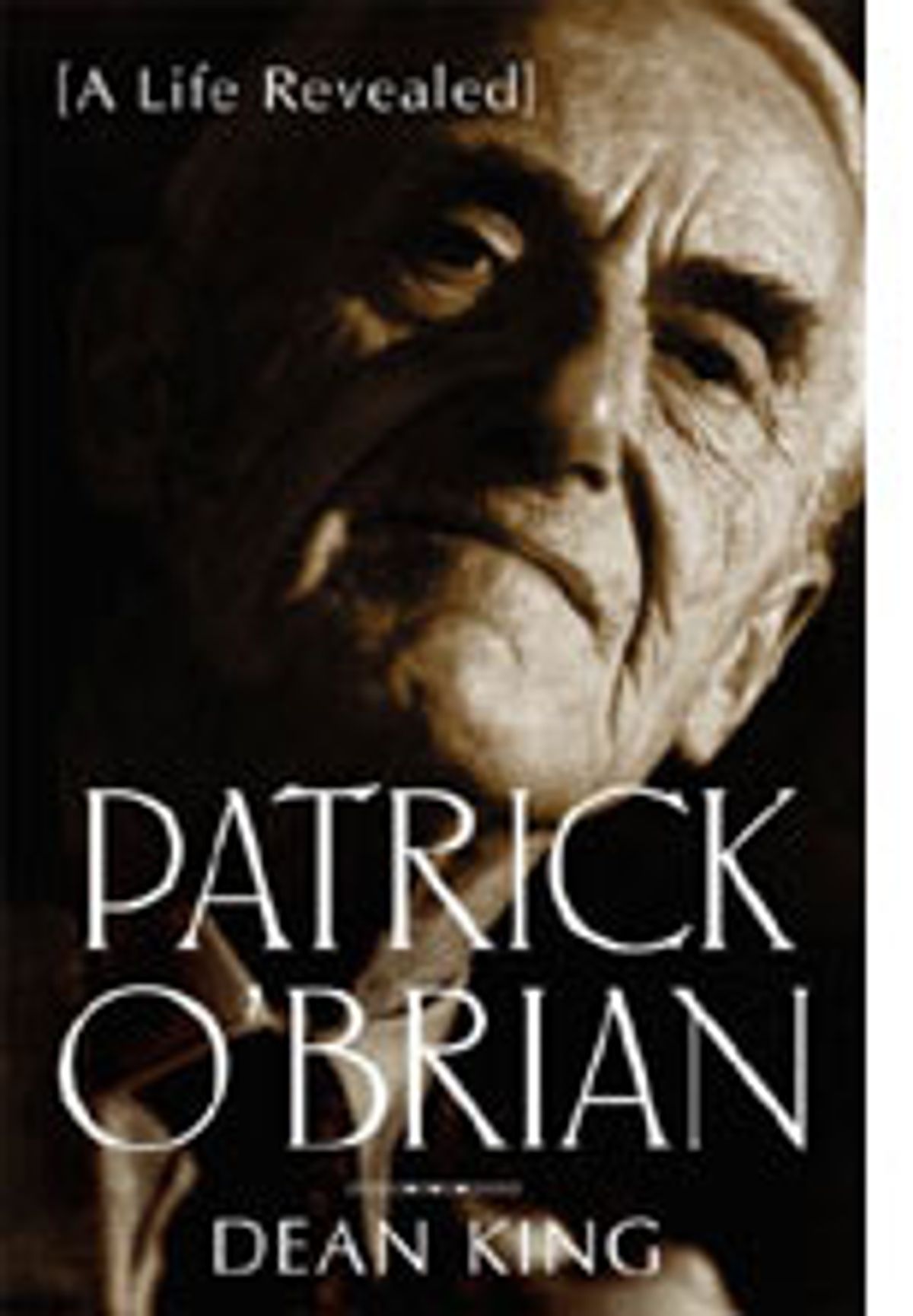 We have all met people who seek escape into alternate universes where loyalty, comradeship, courage, initiative and like values are more prominently on display than they are in ours. And all "Star Trek" fans know that the best such universe is a ship, where Mr. Spock and Captain Kirk can play out intellect vs. instinct. Patrick O'Brian's maritime novels are better written than "Star Trek," even if they're not quite as Homeric as some of O'Brian's more intoxicated admirers claim. Among his more levelheaded admirers is Dean King, an American writer who was nevertheless so smitten by O'Brian's Aubrey/Maturin series that he set about researching a biography of the novelist.

King's work necessarily suffers from O'Brian's almost total refusal to cooperate. Unlike most public figures who become the subject of such an endeavor, O'Brian remained, almost to the end of his very long life, such a recluse that a biographer has few outside sources to set against the novelist's own, as it turns out, almost entirely fictional version of his life. King completed the book before O'Brian died in January, and his epilogue barely catches up with the event.

He may have missed a tremendous opportunity, for during this final period, for the first time in half a century, O'Brian had abandoned his reclusive work habits to write in Dublin, Ireland, where he was for once surrounded by people of the nationality that he had long claimed as his own. Did any of them tease out any concealed details, notice any inconsistencies? One thing we can be sure of: If O'Brian ever visited Ireland before, he must have given a long and lingering kiss to the Blarney Stone, judging by his skill at dissimulating and at charming the great and good of the English-speaking world.

But while King suffers the typical problems of the pioneer, to him belong the laurels of discovering that his idol did not, in fact, have feet of peat. O'Brian was not Irish. He probably did not, as he claimed, go to the Sorbonne in France. Nor is it likely that he ever did much more seafaring than riding the channel ferry to his adopted home in France. King records the amazement of O'Brian's brother Barney at the novelist's nautical fluency: "As far as I know he has never been to sea in a tall ship or any other for any distance." Barney kept the family name, Russ, that Patrick had abandoned -- along with a wife, a son and a disabled daughter -- toward the end of the Second World War.

It says a lot for O'Brian's literary skills that his admirers remained admirers even after King, before his book was published, ripped open the tissue of fiction with which the writer had surrounded himself. King draws material from the novels to substantiate his biographical hypotheses, not always successfully, as he depicts a vulnerable and insecure man haunted with memories of former affluence and station.

King should have spent less time exploring the novels for psychological insights and more on the neuroses the English class structure inflicts on its victims. He records, for example, that once O'Brian was accepted in higher circles, he tried to hide the fact that he had built his home with his own hands -- as, indeed, he hid his family. And he bridled when his work was compared with its obvious inspiration, C.S. Forester's Horatio Hornblower novels.

King writes of his subject at one point, "His novels championed civility, and reinforced such basic principles as the importance of self-discipline [and] respect for authority figures" -- which is, of course, why the William F. Buckleys and Charlton Hestons of this world love him. But despite the arriviste snobbishness of his later days, O'Brian was no knee-jerk conservative, as his opposition to the enclosure of common land and to the death penalty, as well as his hero Stephen Maturin's persistent indulgence in opium and cocaine, all suggest.

King also mentions that by the end of O'Brian's career, editors hardly dared edit him. I think he has overlooked a more general trend: Editors don't edit anymore, at least judging by the evidence of his own book. For a biography of a writer who was thoroughly meticulous (if occasionally inventive with history), the book has many elementary bloopers. For example, King has the young O'Brian living near the ruins of Lewes Priory, "destroyed by Oliver Cromwell in 1638." Intrigued by what Cromwell was up to destroying a priory a century after the Reformation and four years before the English civil war, I checked: It had in fact been demolished by Thomas Cromwell, Henry VIII's chief minister, a century earlier.

Later, King describes the title Commander of the Order of the British Empire (CBE), which the queen awarded to O'Brian in 1995, as "a centuries-old tribute"; it was in fact established in 1917, just as tributes to empire were starting to lose their luster. (Ironically, if O'Brian hadn't put the story around that he was Irish, he might have actually been knighted -- an elevation that would have delighted his snobbish old heart.)

This is certainly a warts-and-all biography, all the more brave as the work of an O'Brian admirer. But it does not explain what drove O'Brian to his strange alternate personal universe, not to mention his literary one. King has ably charted the shores, but unless he returns to the task, someone else will get the honor of sounding the depths.