Is Stephen King as important as Toni Morrison? Is Danielle Steel our Dickens? It all depends on how you measure. 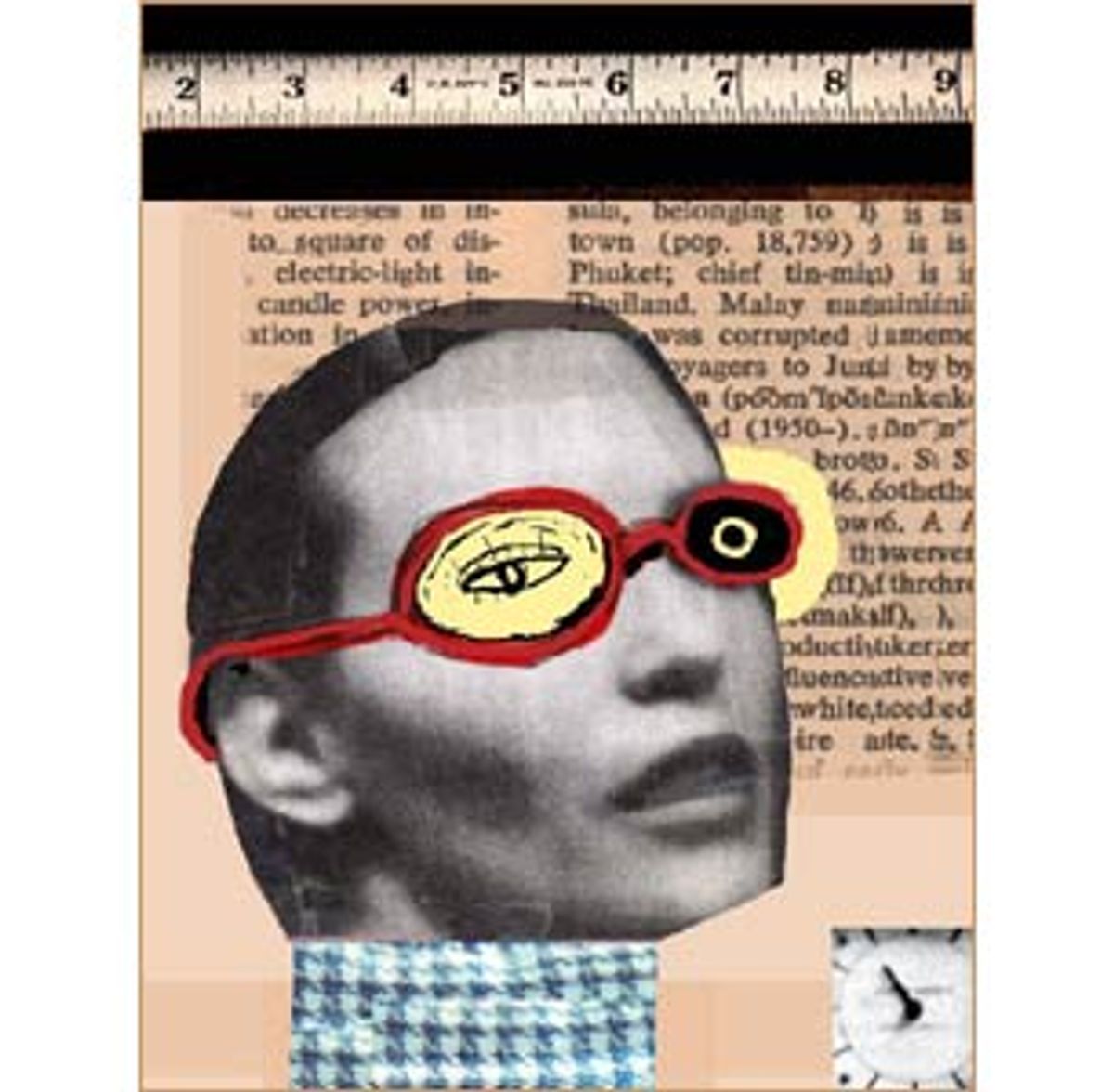 A couple of months ago the members of SHARP-L,a listserv serving the Society for the History of Authorship, Reading and Publishing, picked up an interesting thread. Paul Tankard, a graduate student from Australia, logged on to ask whether there were any indexes of books and articles published about particular literary figures that would tell him "which writers come at the top of the scholarly popularity stakes, and how the reputation of certain writers have waxed and waned over the years."

As a matter of fact, many sources can give you a sense of how the race for renown stands these days, at least in the academic world. As the members of SHARP-L rapidly made clear, however, these sources are not easy to interpret. The Institute for Scientific Information, for example, publishes the well-known and influential Science Citation Index. This counts the number of times particular articles (and their authors) are cited in other scientists' articles. It also publishes the Arts and Humanities Citation Index, which does the same thing for scholars in literature, music and the other liberal arts. But that's the problem -- it measures the reputations of scholars much more effectively than it measures the reputations of the writers they're studying. (A number of junior scholars seeking tenure, by the way, are jacking up their citations by citing their own previous papers as often as possible.)

A better source is the Modern Language Association's annual International Bibliography, which categorizes publications by country, period and literary figures within each period. You can count the books and articles devoted to a particular writer, compare this to the results for other authors and get a rough sense of which are being most intensively studied. They may not be the ones most frequently taught, however, as one scholar, William Wortman of Miami University in Ohio, pointed out. Thomas Pynchon's "Gravity's Rainbow," for example, is, he said, "at 324 citations in the MLA, as of mid-1999, the most written about post-1960 work in English." But Wortman doubts that it makes it into many courses. The book is prodigiously long, which guarantees that not many students will finish it.

The MLA will not measure which authors are being anthologized, nor in what anthology -- the Norton anthologies and the like or just another wannabe. (Inclusion in anthologies is often determined, as one list member explained, by the relative cost of reprint rights.) Nor will it measure who makes it into the Library of America series and who doesn't, nor who is being studied by famous critics like Helen Vendler and who by junior faculty scrabbling desperately for a niche of their own in the food chain, nor whose works, for that matter, are being adapted for the screen.

Nor do any of these measures necessarily have much to do with what goes on in the culture at large. I checked the Humanities Index, which is similar to the MLA Bibliography but has a somewhat more eclectic reach, to look up the number of articles published on Toni Morrison vs. those on Stephen King over the past five years. Scholars published a mere six articles on King in that time, two of them on movies made from his books. The number of articles on Morrison comes to 114; Morrison has spiked dramatically in the past decade on the graph of academic popularity.

Turn, however, to the rare-book market, a rough but often telling guide to the value book collectors place on various literary reputations, or to Bibliofind.com or one of the other used-and-rare outlets on the Net, and it's instantly clear that collectors think King and Morrison are closer to an equal bet. I asked Ken Lopez, one of the leading dealers in modern first editions, what a first of Toni Morrison's debut novel, "The Bluest Eye," in pristine condition, might bring, and he said between $2,500 and $3,000. Stephen King's first book, "Carrie," in equally pristine condition, is available for $1,000 onBibliofind.The difference in price is attributable not so much to a difference in their perceived "importance" as to their relative scarcity. "Carrie" is much easier to find.

Does this mean what it seems to mean? That out there in the abyss of the market, people who vote with their credit cards on the relative value of various literary reputations actually think King offers nearly as good a return on investment as our latest Nobel Prize winner? Yes. And if you think that's shocking, look at the price Tom Clancy's first book brings. It was, of course, "The Hunt for Red October," and it was published by the Naval Institute Press in a relatively small first printing. The last time I looked, a copy in top condition would set you back something like $750. If you could find one.

But the rare-book market is hardly a more reliable guide to literary reputation than the various academic indexes. There are just too many variables at work. The condition and relative scarcity of the books are only the greatest of these. An institutional buyer, a university library, say, trying to create an Anthony Trollope collection, may temporarily drive up Trollope prices and make it look as if he were much more desirable an author than he mostly is.

Then there's the fact that far more men than women collect rare books. Thanks to the influence of feminist criticism, Virginia Woolf has become an academic favorite. Wortman noted that three times as many articles are being written on Woolf now as on D.H. Lawrence. In the 1960s Lawrence was the subject of twice as many articles as Woolf. But the prices of Woolf's books in the rare-book market have not shown a comparable development. Rare-book collecting is still largely a man's world, and that may be why Clancy is such a factor. That elusive creature, the male reader, adores Clancy, and it is he who wants a copy of that first book, whatever it costs, so he can own this Holy Grail of the man's oeuvre. And he doesn't care, presumably, whether Clancy is "literary." What is a "literary" reputation anyway? Was it a literary reputation that bought Clancy his estate in Maryland?

Indeed, as hundreds of serious novelists (not to mention untold hordes of poets) can attest, having a "literary" reputation doesn't help much with the child-support payments. But that doesn't mean that authors don't want to be known as literary writers -- especially once they've achieved commercial success. "Literary reputation is everything," Anne Rice told Esquire some years ago. "It's the only shot at immortality a writer can have."

When a onetime bookstore clerk complained in the letters column of the PEN newsletter some years ago that King's books were all over the bookstore, and why couldn't better, more serious, more "literary" writers get shelf space, King wrote in an obviously anguished reply that maybe millions of faithful readers weren't wrong after all, and perhaps he wasn't the piece of dreck this person thought he was and his work might actually have value beyond that of mere mindless entertainment, and had she, by the way, read it? One of her editors told me once that even Danielle Steel believes she is a "novelist," not a writer of romances, and that someday people will recognize her as the Charles Dickens of her time.

Life after death being so uncertain, you can see the attraction of literary immortality. But if the academic indexes are any measure, most pop writers don't stand a chance. Rice, for example: In the past five years, according to the Humanities Index, only a single article about her has appeared in any of the 346 periodicals it indexes. The distinction between high art and low has supposedly melted in recent years, even in the universities, but it's clearly non-U, as they used to say, to take Rice seriously.

But that of course is what most writers, however pop, want -- to be taken seriously, and thereby to last. To enjoy a vague sort of immortality, a "second life in other's breath," as Alexander Pope put it -- mindshare in the culture's memory bank. To be read long after their bodies are dust. When we say something is "literary" that's partly what we mean, that the piece has legs, that it's so interesting, so challenging, that we have to take it seriously. It may be fun to read, but it's not merely fun.

Where I live there's a Shakespeare reading group that has been going nonstop for 10 years. They've read his complete works three times and are still counting. That's what a "literary" reputation offers writers at the highest level, and that's what they dream about. Shakespeare, of course, tops all the academic lists in the number of works devoted to him. It would be hard to find anybody who thinks that Tom Clancy will still be a household name four centuries from now.

But then it could well be that no writer will be a household name four centuries from now. Even now it's plain that literary lionhood is not what it used to be. When Pope made one of his rare public appearances, coming to the theater on April 6, 1738, to see the first performance of James Thomson's adaptation of Aeschylus' "Agamemnon," the audience spontaneously burst into applause when he walked in. Dickens arrived in Boston in 1842 at the start of his American tour and was mobbed in the streets. Ladies pressed close to him as he came out of a store, furtively snipping pieces of fur from his coat to keep as souvenirs. The keepers of John Keats' grave in the Protestant Cemetery outside the walls of Rome used to have to replant the grass and flowers around it every few years because people would periodically strip it bare, a violet from his grave being perhaps the next best thing to a lock of his hair.

Now imagine Norman Mailer walking into a performance of, say, "Cabaret." Would anybody even know who he was? If they did would they care, much less burst into applause? Did reporters mob Martin Amis' plane the first time he flew into JFK? I interviewed the novelist Robert Stone a couple of years ago and he said with a certain not-too-surprising ruefulness in his voice, "The novelist is a much less important figure in the late 20th century than he was in the earlier 20th century. Everyone wanted to know what Gide and Mann and Hemingway thought about things. That situation just doesn't exist."

Which doesn't mean that the race for literary reputation won't go on. Once they've paid off their credit cards, what other reward do literary writers have but their reputations? Maybe it's a good thing that we can't measure them the way Amazon.com measures sales rankings. Think of Robert Stone's despair if he should discover that he stands lower than, say, William H. Gass.

A friend of mine sometimes appraises the papers of literary writers for tax purposes and he tells me of their anxiety about the monetary value of what they have produced and their anguish when they discover that letters they've received from, say, Salman Rushdie are worth more than the holograph manuscript of their best book. What writer could bear to know precisely where he stands? What reader wants to know he's reading inferior stuff? The race for reputation is great sport, but it would surely lose its interest if it had actual winners.

Anthony Brandt is the book columnist for National Geographic Adventure. He is writing a book about the rise and fall of literary reputations.