It was gay then gender-bending then pure guy. Now, flailing for an identity, it's just gone. 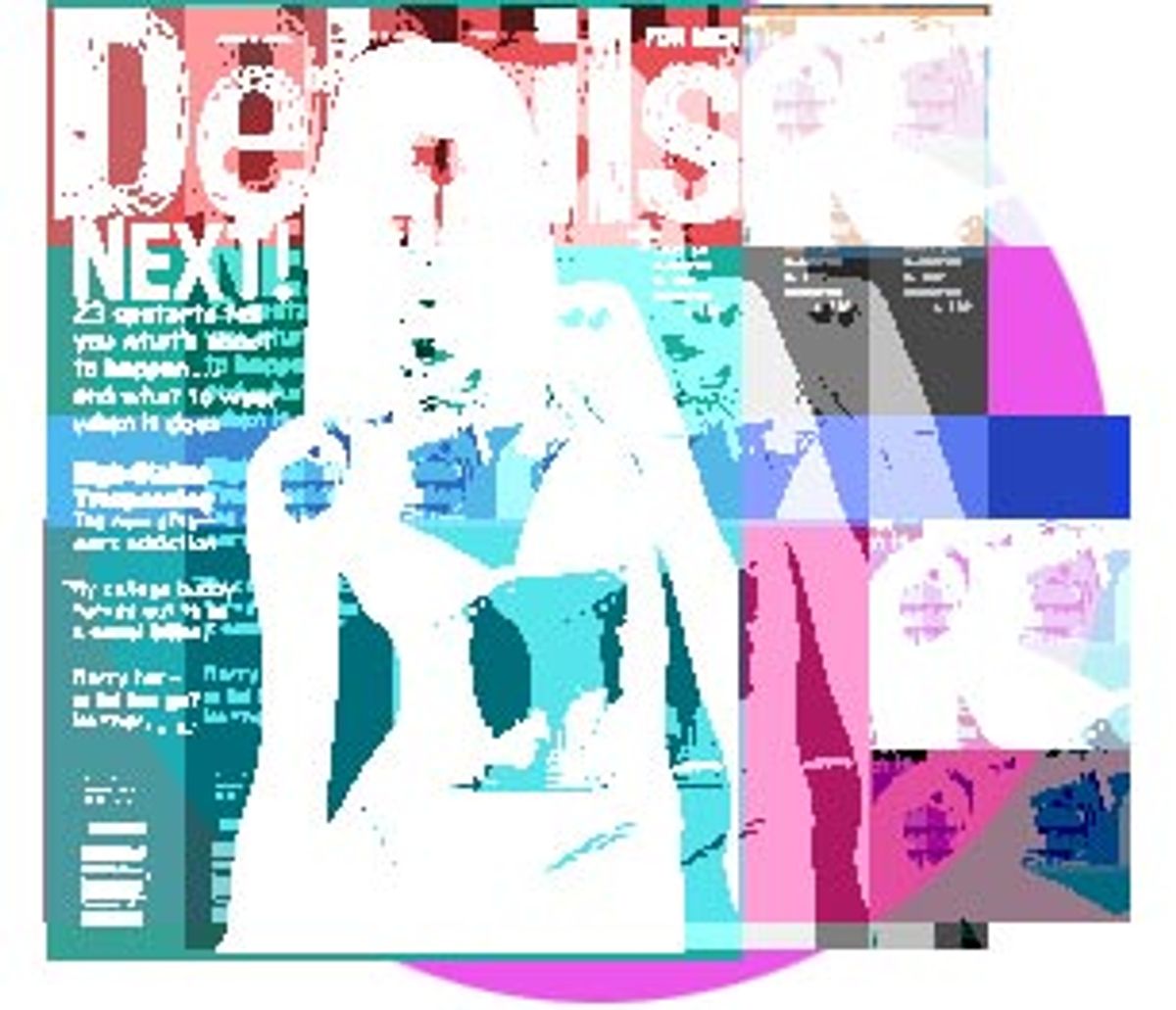 "When did you know you'd become toast?"

That was the question being put Monday to Marc Golin, the editor of Details -- a variation of the question Condi Nast editorial director (and original Details editor) James Truman had asked his staff on a retreat nearly a decade ago: "When did you know you'd become a man?"

The responses to the latter query ran a small gamut (acknowledgement from your father was a crucial component). But the answer to the question put to Golin could've been: "When I was told everything was just fine."

According to Golin and members of his staff, CN bigs Truman and President Steven Florio had given the ever-morphing men's magazine a vote of confidence just a few months ago. Then came Monday morning, and Florio announced that the company was folding Details as a CN publication. Starting October of this year, Details will be published as "a consumer counterpart to DNR, Fairchild's fashion trade newspaper for men," according to a press release.

Golin, who had been hired by CN from the bust-conscious men's mag Maxim last year, got the word moments before the general staff meeting and had not seen it coming.

"The March issue was starting to get there," he said after a long staff lunch of liquor and lobster. "It would have taken another year or two to get it where I wanted it."

If March was any indication, where he wanted Details to go was not the "lad mag" direction he had been accused of taking. Demonstrating a shocking lack of cleavage, the current issue includes a story by Executive Editor Bill Shapiro on what to do after your girlfriend's been raped.

"I can't see how anyone could call it a lad magazine in any way," says Golin. Shapiro adds, "You know what sells: fabulous breasts. And we never, never had a mandate to do that."

What they did have a mandate to do was simply to sell magazines. In its 10 years as a Condi Nast publication, Details has struggled for an identity as it has done battle with that ol' demon gender confusion.

In her book "Stiffed: The Betrayal of the American Man," Susan Faludi did an excellent job of tracing the magazine from its rather gay origins to a more homophobic incarnation in the late '90s.

Annie Flanders' original Details emerged from New York's downtown club scene in 1982. By definition the scene was, if not gay, certainly gay-friendly. Indeed, an affinity for a mixed-up sexual culture seemed to be part of what CN was buying.

Details was bought by Advance Publications, owner of CN and Fairchild. In an early editor's note, Truman (who had been the pop music editor for Vogue and had wowed Anna Wintour with his wardrobe and sense of panache) wrote of a revelation he had experienced at a Depeche Mode concert in 1989. "I suddenly became aware that there was no unifying definition of masculinity in America," he wrote, and walking, eyes wide open, into that brave new sexual frontier, he set out to make a nontraditional men's magazine.

"I thought the original didn't work as a Condi Nast title," says John Leland, the first of four editors who would follow Truman in the editor's post. "As conceived by James, it would never get beyond a certain circulation." (CN spokeswoman Maurie Perl confirmed that the number expectations vary from company to company. According to her, Fairchild publications boast a circulation of 400,000-500,000, while CN magazines are expected to sell 800,000 "or above." The Audit Bureau of Circulation lists Details' current circulation as 541,710.)

Still, the most exciting thing about Truman's Details was that element of rock 'n' roll gender-bending, according to Leland (the only former editor I spoke to who wished to be quoted). "And that crowd didn't show up for it."

Details was always beholden to fashion advertisers, says Leland (now a senior editor at Newsweek), and the irony, according to another former editor I spoke to, was that fashion did not play that well. In focus groups, fashion was the least popular feature, according to him. To reinvent Details as a pure fashion trade journal strikes him as delicious irony.

"It would be like starting '60 Minutes II' and making it all Andy Rooney."

Under Leland's successor, Joe Dolce, the magazine regained some of its downtown-club cred. (A former club doorman and fellow Vogue alumnus, Dolce is openly gay, though the magazine he produced was generally hetero in its sex coverage.) But Condi Nast seemed to lurch from idea to idea with Details, always looking for a new identity. For a few minutes it was going to be a financial magazine of sorts ("Money is the sex of the '90s," Truman was supposedly telling people -- though, as I recall, sex was the sex of the '90s), but before Dolce could transform it, he was fired.

(Actually, he quit before he could be fired after hearing through the rumor mill his number was up. He, too, had recently been assured that all was well.)

According to Faludi (and at least one writer I spoke to who worked on the next incarnation of Details), Michael Caruso was brought in to "heterosexualize" the magazine. Caruso, a veteran of Vanity Fair and Los Angeles magazine, was a guy kind of guy, into girls and sports. (He is launching Maximum Golf for News Corp. this May.)

"You call to get sports people in the magazine and the reaction you get is, 'Oh, isn't that a gay magazine?'" he told Faludi. He, too, was reassured of his success -- before he was sacked in favor of Golin.

Standing on the graves of so many editors (he coyly signed his first editor's note "#5"), Golin always figured he could be whacked at any time. "I wasn't worried about the pension plan kicking in," he says simply.

Like everyone else, he has been given until Friday to clear out of the magazine's swank offices in the new CN building in Times Square. (The good news: He won't have to look at the blimp-size reproduction of Tom Hanks' head that has covered the building opposite since December.) He is looking forward to playing the violin (seriously) and spending time with his kids. Condi Nast has not asked him to edit another magazine, "and they won't once they see what I've done to my office," he adds.

That the world did not need Details (or did not need many more than 500,000 copies of it) must now be obvious. But also obvious is the lack of faith and direction that now plagues the storied magazine company. And at least one disgruntled former editor lays the blame on Truman.

"Think of it," he says: "His specialty is music and fashion. The only thing constant about music and fashion is that they change. The guy doesn't have any core beliefs." And it's not just Truman (who became editorial director after the retirement of the late, legendary Alexander Liberman); it's the people running the company. "They don't believe in their properties," he insists. "Look at GQ; instead of believing in what GQ had become, they said 'Let's put a bunch of babes on the cover.'

"When you're not rooted in some way," he concludes, "you're subject to any change in fashion."