Our travel expert offers tips on a Balinese holiday, flying with hamsters and car-rental insurance. 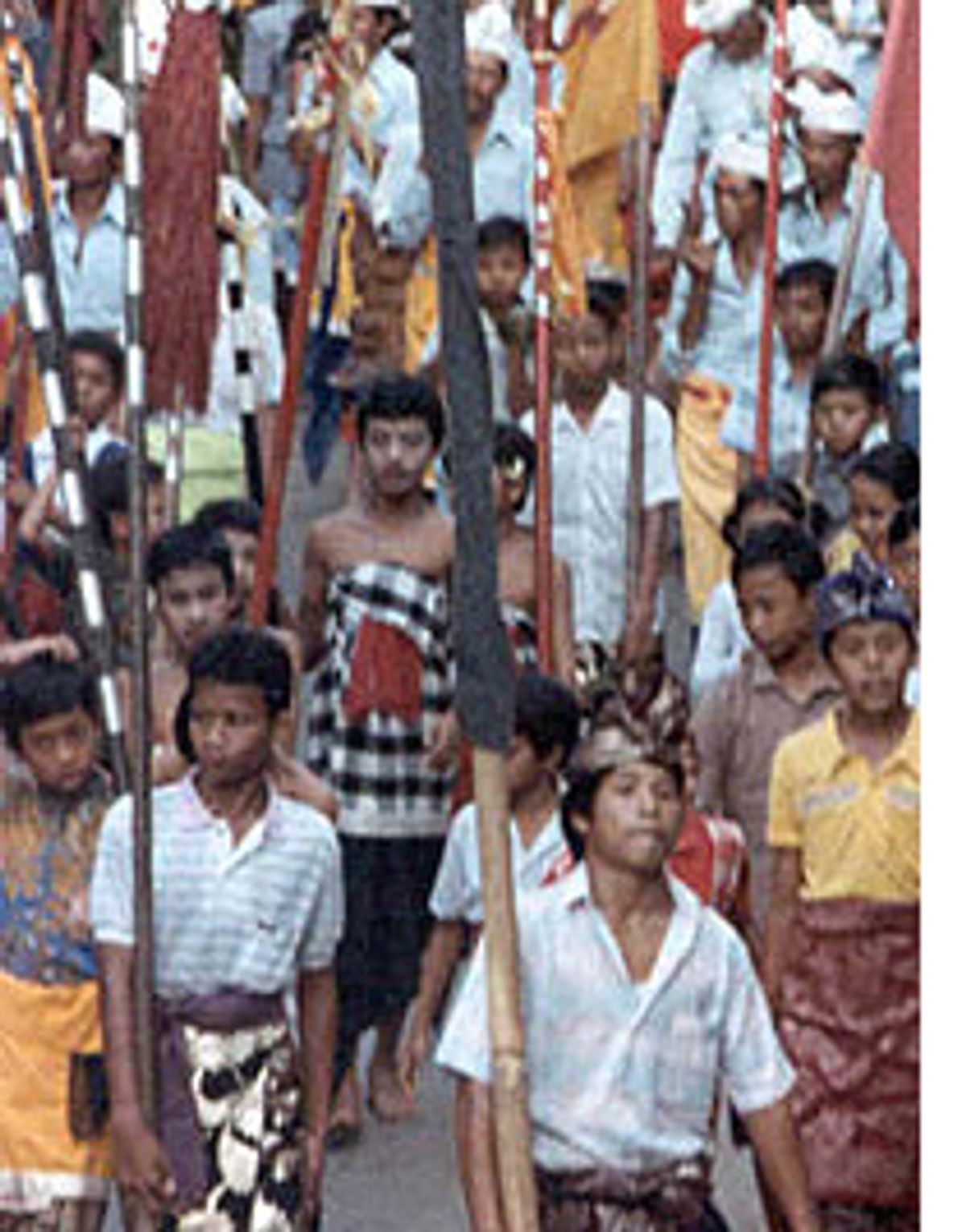 We plan to be in Bali in late March and early April and are wondering if we'll be there for Bali's Hindu New Year, when everything shuts down for 24 hours or so. Can you help us with this?

The observance you're referring to is called Nyepi. The next one is April 4 -- and you'll no doubt have a memorable time. I once stumbled onto Nyepi in Ubud, tipped that something was about to happen by the bamboo cannons going off constantly in the days before the actual holiday. The night before, there was a big parade with local teenagers spitting fire, plus feasts and other processions.

Most visitors take this interruption in stride, but if you think you can't handle it, it's easy enough to take a side trip to one of the other islands for a few days. Travelers may want to avoid the holiday, though, if their itinerary calls for them to go through the airport in Denpasar that day.

The Bali Update newsletter earlier this year ran this notice: "The Ngurah Rai International Airport will be closed during the celebration of the Bali Hindu New Year 'Nyepi' which falls this year on April 4. According to a circular letter from the governor of Bali, in strict conformance with observance of Bali's day of silence, airlines will not be allowed to pick up or disembark domestic or international passengers on that date.

"Nyepi is a day marked by absolute quiet on the island. On this day of reflection, which marks the Hindu New Year, all traffic is banned from the streets. Bali appears deserted on this single day of the year when people do not venture outside the walls of their homes and refrain from lighting fires and electrical lamps. Hotels guests are required to confine their activities to hotel grounds. In the past, passengers departing or arriving at the Bali airport on Nyepi day were granted special license to travel the roads directly between the airport and the hotel.

"Many complaints that tour operators were abusing that permit system has brought about the new and much stricter application of the rules of silence which must be observed by all residents of the island, both Hindu and non-Hindu."

The full report can be found by going to the newsletter archive; click on the Jan. 10, 2000, issue.

A good source for checking out holidays in Bali and around the world is the Worldwide Holiday & Festival Site, which offers a country-by-country rundown of what happens when.

The Indonesian Embassy in Washington offers a description of Indonesian holidays, including this for Nyepi:


The Hindu Dharma New Year of the solar/lunar (Caka) calendar is celebrated only in the island of Bali.

This holiday falls on the spring equinox and is observed as a day of complete stillness. No fire may be lit, no transport taken, no work done. No one should be seen on the roads. One day before Nyepi, the last day of the old year, purification sacrifices and offerings are placed at crossroads and in the centers of the villages and towns all over Bali. Priests chant mantras to exorcise the demons (buta and kala) of the old year.

In the evening the people of Bali bang gongs and cymbals in all the corners of the family compound and parade through the streets with torches to make sure that all the lingering evil spirits are aroused. In Denpasar (capital city of Bali), thousands of boys gather at streets.

The next day, the day of Nyepi, it is silent everywhere.

Recently, we wanted to take my daughter's two hamsters with us on a trip to grandma's. The airline wanted $50 per hamster, per flight (that is, once going, once coming back). That's $200 for a small cage to sit on my daughter's lap -- almost the price of my daughter's ticket. The increased weight is negligible, the hamsters don't get a meal -- why the high price? And why per animal? What's the difference if I have two or 20 hamsters in the cage?

Yes, it seems absurd that an airline would try to charge you $200 to let your daughter carry her pet hamsters in a cage -- but I'm surprised you found an airline that would let you do it at any price. Agents for the first five I checked (American, US Airways, United, Northwest and TWA) all said they allow only cats, dogs and birds in the passenger cabin. Most said hamsters could be shipped through their cargo departments.

Delta Air Lines was the only airline I talked with that had an open-door policy toward hamsters, which fall under its policy of accepting "domesticated warm-blooded mammals and birds." (It's those cold-blooded mammals they're wary of. And so am I.) In fact, Delta tries to embrace pet-toting travelers, providing lots of information at its Web site and promising to take good care of animals that must go as cargo. Cost for the hamsters: $60 one-way per "kennel," holding as many fur balls as you like.

For Delta or any other airline you find that accepts hamsters in the cabin, make sure you reserve space at the time you book your own tickets. There's a limit -- usually two -- to how many live animals can go in the cabins, and hamsters would count the same as a dog or cat in that tally.

Having told you about the formal policies, I gotta say it's a bit ridiculous to pay any amount to carry a $7 hamster on board a plane, and I would invoke the Travel Advisor's Rule of Common Sense. No one should have to pay as much to carry a hamster as to buy a ticket for their child. The reason airlines charge these fees is to make money and they know they've got you where they want you -- jumping through costly hoops to keep your kid happy.

If you've got the will to stand up to such bureaucratic buffoonery, I suggest just tucking the hamsters into a backpack for the trip. Take some steps to make sure they can breathe and are not going to chew through -- perhaps a wee cage or container -- and be discreet. No playing with the little beasts en route. You can imagine that a small rodent running through the cabin is not going to go over big with the airline or the other passengers.

For the security check you can tuck them into a zipped pocket -- and hope you don't need to be frisked!

I rented a Ford Ranger for a weekend trip and declined to buy the collision damage waiver, using my Visa card's automatic coverage. I got into an accident and now Visa won't cover me because the vehicle is considered a truck. Can this be right?

I understand your disappointment, but Visa is not alone in this exemption for trucks, truck-like and many four-wheel-drive vehicles. In fact, all the credit card companies I know of that offer automatic insurance on rentals exclude these types of vehicles.

Your situation underscores why it's good to understand the fine print. Other common exemptions are for long-term rentals (often 30 days, sometimes less, depending on the company), rentals used for commercial purposes and rentals in Italy and a few other places where the possibility of theft is high.

Some foreign jurisdictions require renters to purchase the local coverage; ask at time of rental. If you make your rental arrangements in the United States for a trip abroad and you're uneasy about a provision, get the understanding in writing. If at the rental site you're forced to take insurance, you'll have more evidence when you complain to the rental agency back home.

About.com has good advice on rental car insurance, and a separate link for rental insurance in Europe.