And I'm going to make a bundle writing about you. A JFK Jr. underling pens a memoir. 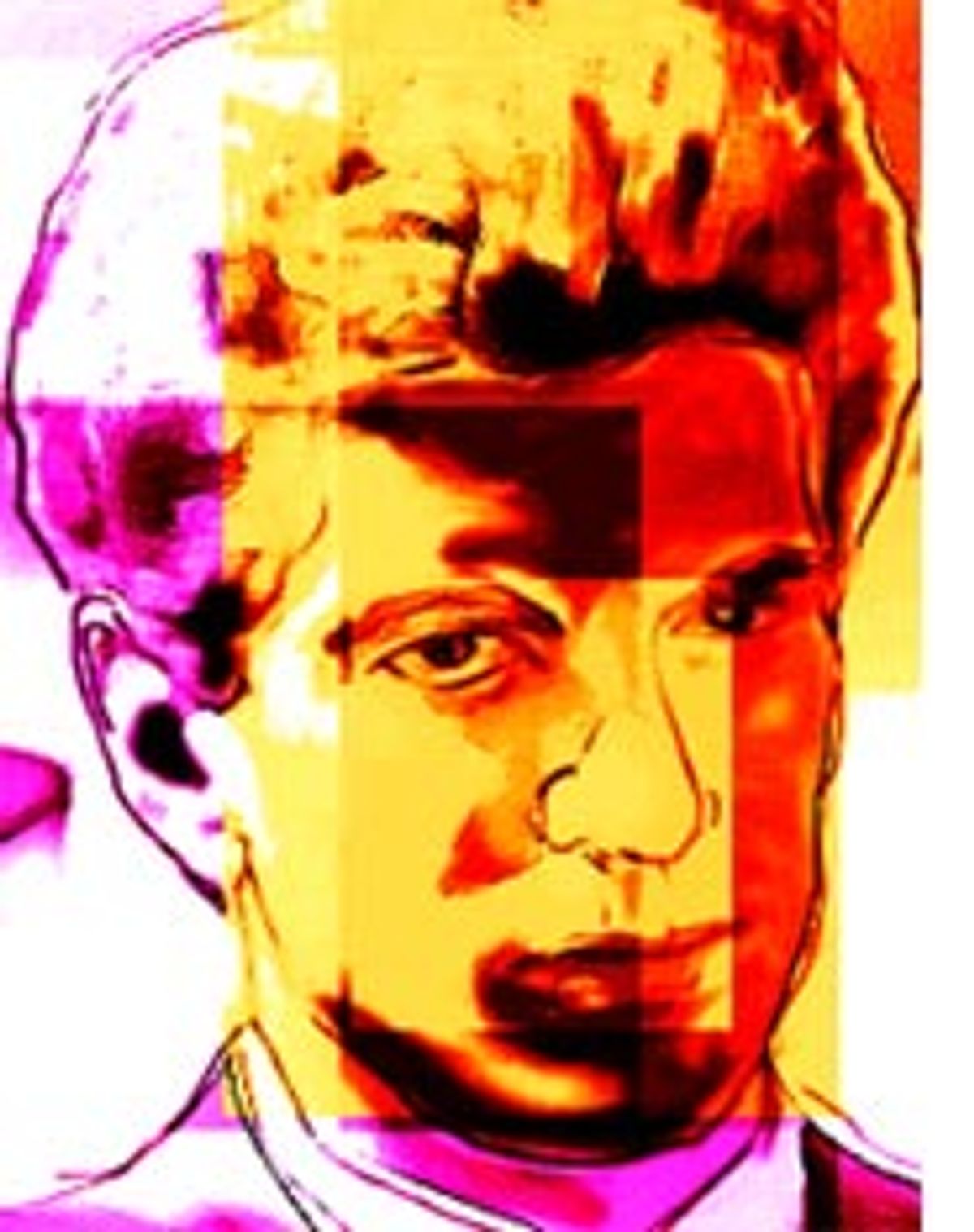 Richard Blow, former executive editor of George magazine, recently sold his proposal for a book about his relationship to the late John F. Kennedy Jr., a George co-founder, to Little, Brown amid a flurry of literary allusions. "A bit of [Willie Morris' acclaimed memoir] 'North Toward Home,'" Blow told the New York Daily News, "and a bit of George Stephanopoulos' 'All Too Human.'"

The book, as yet untitled, will focus on Blow's five-year tenure at the Hachette publication. The proposal promises that Blow will reveal what it was like to work alongside Kennedy, who died in a plane crash last July. That Blow signed a mid-six-figure deal with Little, Brown appeared to confirm his publisher's faith in that promise.

Crichton is almost certainly the only person who found herself reminded of Schlesinger while reading the 33-page proposal, which has been making the rounds in New York publishing circles. Blow himself seems to be decidedly under the shadow of Stephanopoulos, whose "disloyalty" to President Clinton and "hunger for fame" he claims irritated Kennedy. Unlike the disillusioned Stephanopoulos, however, Blow intends to write a book about his former boss that's admiring to a fault. The proposal is written in the form of a letter to agent Joni Evans because, as Blow puts it, "It's just that [the] story I have to tell is so personal." (When reached, Blow refused comment and said to direct queries to Evans. Evans, who on other occasions has commented to the press about the book proposal and its contents, did not return a phone call from Salon.)

"No one else has the experience with and perspective on John that I do," Blow writes. "I hope that doesn't sound like boasting, Joni, because I don't mean it that way -- and there were times I wished for someone else to be in that position." But despite several heavily dropped hints about being "the last person to share a meal with John," knowing "exactly why John failed the bar exam twice," possessing an "unedited" version of the editor's letter Kennedy wrote for George about his misbehaving relatives and witnessing a Kennedy confession of "something personal" that had been distracting him "just hours before his death," Blow's proposal offers surprisingly little dish.

Instead, it positively quivers with the ecstasy of being so close to "the face of modern power, the awesome power conveyed by politics, wealth, sex appeals [sic], and, above all, celebrity." Whether or not Blow was as blown away by his exposure to Kennedy as he claims in his proposal, it certainly made good business sense for him to emphasize it: Who wants to read a book about a Kennedy who doesn't make you go weak in the knees?

Blow, who describes himself as Kennedy's closest colleague and standard-bearer, claims that his boss's "awesome" power was so overwhelming that George staffers were in constant danger of losing their very identities. He compares the magazine to a royal court in which self-conscious courtiers seek to endear themselves to the king. "We had no defenses, no preparation, against someone so charismatic, so charming," he maintains. John, aware of his fatal charm, was noble enough to intentionally keep people at a distance, Blow says: "He knew how damaged they could be by their exposure to him." And indeed life after John, according to Blow, was a mere shadow: "Normalcy would ever after seem so unsatisfying."

And why wouldn't one feel that way, after rubbing editorial shoulders with "the face of modern power"? What mortal born of woman could resist the glory, and glamour, the "thrill" of wearing the hand-me-down ties that John had tired of? Blow describes being sought out at parties by people wanting an introduction and at entering an exclusive George party as crowds of JFK Jr. fans looked on: "For just a moment, I knew what it felt like to be famous. It felt great."

There were drawbacks to all this glamour, of course, as when, as Blow relates, the Amazonian model and volleyball player Gabrielle Reece met with him to discuss writing for the magazine -- only to call up later and ask if he could set up a lunch with Kennedy.

As if anticipating that some readers might find his invocations of "raw power" and "dangerous" seductiveness a bit of a stretch, Blow hastens to compare George with another legendary Kennedy-centered milieu: "the group of men who were forever changed by working for John's father in the White House." Blow likens the position of editor-in-chief of George to that of president of the United States. (As an occasional freelancer for the magazine, and as someone who has visited 1600 Pennsylvania Ave. only once on a school trip, I can neither endorse nor critique Blow's analogy.) One of his objectives, Blow writes, is to argue that "George was one of the most influential magazines of the 1990s."

"I know that's not a widely shared estimation," Blow adds with massive understatement, going on to argue that, compared to the likes of In Style and Maxim, George was "too smart." It was "not only ahead of its time, but good for its time."

Like the Camelot of King Arthur to which he compares them, the editorial offices of George were torn asunder on account of a woman. Blow confirms that rumored dust-ups and an eventual "divorce" between Kennedy and George co-founder Michael Berman were the result of Kennedy's relationship with Carolyn Bessette. "In what may have been the most fateful moment for the future of George," he writes, "John was forced to choose between his partner and his future wife."

Despite this "Behind the Music"-style teaser, Blow doesn't ever get around to explaining what Berman objected to about Bessette. He alludes to tensions in the Kennedy-Bessette marriage revolving in part around her reluctance to raise children in the fishbowl environment of New York. Though Blow maintains that the two were "passionately in love with each other," he also intimates that Bessette was uncomfortable with "John's evolution," that is, with the political career Blow suggests that Kennedy was on the verge of launching.

Since Stephanopoulos stands at center stage for most of his own memoir, one may wonder where Blow will locate himself. Judging by his proposal, Blow will cast himself as Nick Carraway to Kennedy's Gatsby: "He had a little-boy-lost quality -- you wanted to forgive him everything." After comparing Kennedy to Princess Diana, Blow strikes another Fitzgeraldian note by saying that Kennedy was killed by who he was.

Given that Blow describes Kennedy as "scornful" of "publicity-hungry" people like Stephanopoulos, it's only logical to wonder how Kennedy would have perceived Blow's book. (In fact, one former George contributor maintains that she was fired by Blow for speaking too freely to the press after Kennedy's death.) Blow justifies his plan by explaining that his book, unlike the disillusioned Clinton aide's, will reflect the fact that he "wound up as one of his most committed admirers -- despite his imperfections." Moreover, he adds, "thanks to congressional investigations," Stephanopoulos couldn't keep a journal.

Blow, to his own good fortune, was not so constrained.