There comes a time in every relationship when I've got to talk about my rape. 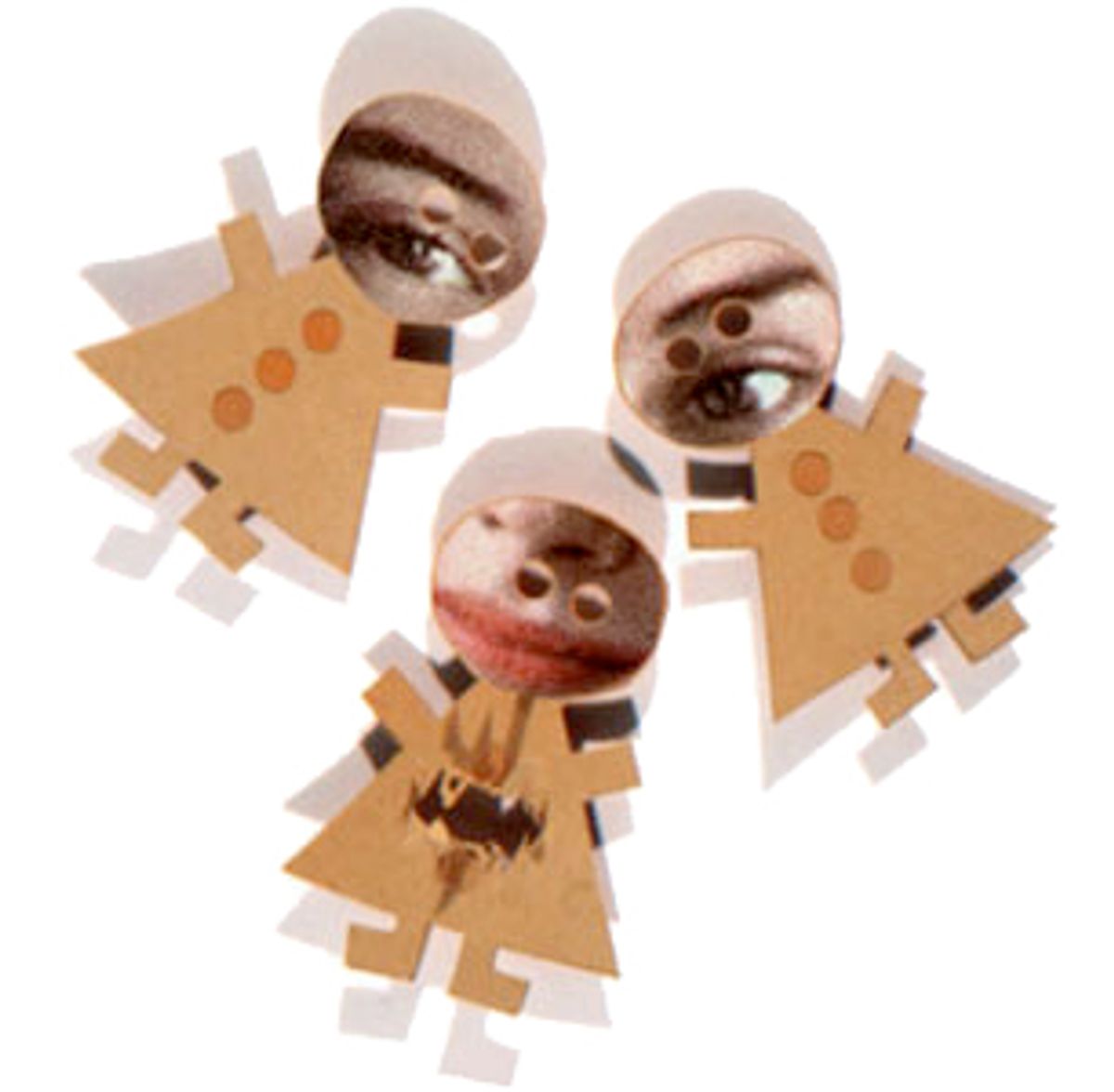 Honey, we've known each other for a while now. I like you a lot, and I think it's safe to say you feel the same for me. There's something I want to tell you. I've been meaning to for a while, but I've been afraid of how you'll react. But it's been such a beautiful night. The stars were out, and we had such a good time at dinner. Making love to you tonight, I felt so close to you, like I could tell you anything at all. I trust you. So if you don't mind, I'll just be out with it.

I was out on a date. The guy seemed nice, but he wasn't. I won't go into details because it's too painful and not necessary, but he raped me.

I'm OK with it now. I've had some therapy. I've moved on. I don't even think about it all that often. It certainly doesn't affect us, just me, but like I said, I'm fine. I'm a survivor. What doesn't kill you makes you stronger, right? I just thought, if we're to grow close to one another, it's important for you to know this thing about me. I hope you won't think I'm needy or fucked in the head or anything like that.

Hey, are you OK? You seem distant.

I cannot count the number of times I've had some variation of this conversation. More often than not, it's the beginning of the end. How the listener responds tells me everything about his character and his readiness to take on a person like me. I've been disappointed more often than I care to remember.

Some guys immediately distance themselves, not wanting to be supportive of yet another needy victim. Much to my dismay, one boyfriend actually started snoring partway into the big conversation. Others have responded with smothering compassion, choosing to treat me as a weak and broken creature in need of their impressive male strength. "Let me take care of you," they say. Or, "What's his name? I'll kill him, then it'll never bother you again."

The sad truth of rape statistics is that they can only measure the event itself. Every two minutes, a woman is raped in the United States. An estimated 68 percent of rape victims know their assailant. More than 670,000 women were the victims of rape, attempted rape or sexual assault in 1995 and 1996. And so on.

These numbers affix mathematical value to a host of similar incidents in an effort to help us conceptualize the severity of an inconceivable problem. But they tell only the beginning of the story. The tragic event recorded by these statistics lasts only minutes or maybe hours, but it changes a woman's life forever. And not just her life, but the life of every person she encounters. It's what happens after these 670,000-plus rapes in 1995 and 1996 that concerns us here -- how these rapes play out in the context of relationships.

Many sigh with pain; they've heard it all before and wish to god they weren't hearing it again. Not another one, they think. At first, their sadness seems selfish: What right do they have to feel bad when you're the one who has to live with this for the rest of your life? Yet, who can blame them? Someone has hurt a person they care very much for, and now they, too, are being made to suffer through it.

One of the most gorgeous aspects of my current relationship is that this conversation was never necessary. Just after we met, he read an essay of mine that went into some detail about my painful past. In fact, he loved the essay so much, he'd sent a note saying as much. That note led me to ask him out to lunch. That lunch led to our first date. That date has lasted a year and a half and still counting. Knowing that he knew made entering the relationship palpably easier, safer. I already knew he wouldn't disappoint me with his reaction to the news that I'd been through this awful thing. Not only had he already reacted compassionately, but he'd openly expressed admiration for how I'd chosen to deal with it. His mature and wise response was a rare and precious gift.

I am yoked to this thing. It is as much a fact of my existence as my major organ systems or the man and woman who joined to create me. It is woven into my identity, my sexuality, my approach to information and responses to others so intricately that extricating it would be akin to self-lobotomizing.

In stripping me of my trust of authority, being sexually violated taught me to question everything -- the birth of my cherished iconoclasm occurred on a shag carpet covered in semen, blood and tears. It's given me an edge, a strength that has helped me overcome lesser crises. It has also given me nightmares and an unhealthy fear of the world that sometimes makes it difficult to even go outside. It's made me want to die; it's made me want to live as an act of vengeance on those who have hurt me.

All I can do is talk about it, write about it, express and manipulate it -- or let it sit and stagnate inside of me. It is part of who I am. If you accept me, you accept it.

Just as there is no one typical response to hearing that someone you care about has been sexually assaulted, there is no standard reaction for women who are working through the rape itself. For some, it is their first introduction to a series of abusive relationships. Many women walk away from the crime only to develop a steadfast hatred of their bodies and sexuality, often expressed through promiscuity or, conversely, frigidity. Some lose the ability to have an orgasm, or to develop trusting, meaningful relationships with the opposite sex. A few women become activists, speaking out against this cancer in our society; many women never speak of it at all.

What always holds true is that a woman who has been raped is a woman whose worldview is forever altered. Her faith in humanity's goodness and her trust in others are damaged, if not completely destroyed.

How this all plays out in her romantic relationships is as unpredictable as people themselves. But when a woman who's been raped becomes romantically and sexually involved with a man, or another woman, you can be certain that the rape continues to play out -- whether she brings it up or not. To say it doesn't affect things is to lie. This is why the when, why, where and who of divulging the information is so important.

To talk of this event is also an act of trust by a person whose trust has been terribly damaged. It should not be taken lightly.

Everywhere I look I see sex: On television, in films, in short stories, on billboards, in magazine profiles about dominatrixes and Web tycoons, in "sex-positive" feminism, in religious preaching and condemnation, on the Senate floor and in the Oval Office, on "60 Minutes." We talk about sex more than we discuss what's for dinner. Yet here's this thing that has somehow touched the sex lives of almost every person I know, and it's taboo to speak of it. How can this be?

But we don't talk really about sex at all. We talk about what we wish it could be: light, without consequences, fun, undemanding, a theory, a worldview, sexy, disposable.

But sex is messy. Sex is crude. It reaches deep inside us and pushes buttons we weren't aware existed. Sex is painful. Sex is sweet. It is sometimes beautiful. It is always complex. Sex turns us into fools. It turns us into gods.

We should talk about it, but that would mean acknowledging a lot of things we'd rather pretend did not exist.

Bottling up what happened has never been an option for me. I've never been good about keeping my feelings or thoughts under wraps. For one, it causes me undue stress that manifests in dramatic panic attacks. In the case of rape, I've always felt that not talking about it helps reinforce the shame and guilt that tend to arrive shortly after the crime. So I think about it. I write about it. And whenever I sense that I'm growing close to a person, it's not a matter of whether we'll talk about this. It's just a matter of when and how.

College was the worst. Like many women in my position, I lacked the judgment and maturity to pull off the conversation with anything resembling grace or tact. I'd blurt it out in all sorts of situations -- stuck in traffic, during finals week or even in the middle of sex. I was equally indiscriminate about who I told. Boyfriends or one-night stands -- it hardly mattered who was on the receiving end. This was my identity we were talking about. I was a rape survivor, and if you were going to get with me, you had to carry this burden.

This reckless, unlearned behavior led to many disappointing reactions, helping to reinforce the distrust of others that began with my first sexual assault (there has been more than one instance).

Once the conversation ended, the relationship (if there was indeed a relationship involved) would veer in one of several possible directions. Often, I'd grow suddenly and desperately clingy. If the fellow left after this conversation, I reasoned, it wasn't because of the way I'd told him; he was rejecting me because I'd been raped; I was damaged goods; I had been turned into a despicable creature who could never be redeemed.

I wonder now if many men who react badly to this sort of news have been introduced to the idea by a novice such as myself. I wonder if my first ill-conceived attempts to reconcile myself to the event -- and to reconcile the event to someone else -- didn't result in my giving these guys a permanently dim view of women who've been through this.

So many women have been through this that even statistics don't do the numbers justice. You can picture a dozen women, 100 women, even a stadium full -- but 670,000? The magnitude stretches far beyond what can be imagined. Perhaps that is why we're still surprised when it happens to us or to someone we love. The reality stands in rude contrast to abstract, distant figures.

And still the greatest damage to mind and soul occurs after the fact -- in the form of ruined sex lives, emotional distance. It derives from the shame that develops from not talking about it -- or talking about it, only to have the discussion result in rejection, confusion or more hurt.

Honey, like countless thousands of women, I've been raped. This is a sickness of violence by men against women that is destroying our society person by person, relationship by relationship. It is no longer something you can dismiss and say, I am immune to this because I am a man. It has happened to me, hence it has happened to you, and this terrible act continues to hurt all of us.