When the jailhouse is far from home

Kids with parents behind bars share the pain of incarceration. 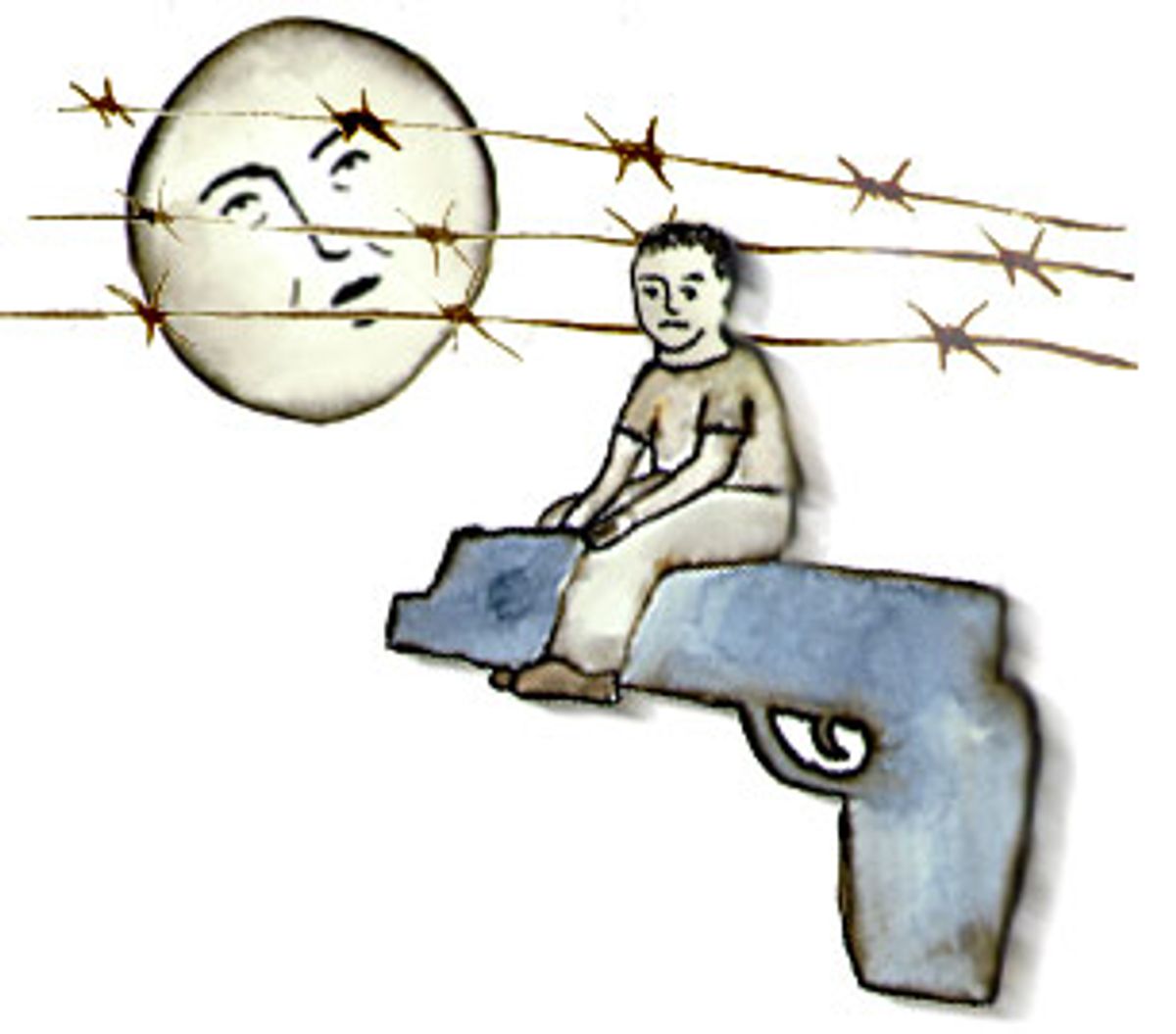 Last Thursday, a sixth-grader in Ohio brought a handgun to school and held his classmates hostage. He didn't shoot anybody. It wasn't his plan. After a teacher intervened and gave him a hug, he revealed his true purpose. He pulled a gun because he wanted to go to jail to be with his mother, who is serving time for a drug-related probation violation. That day, she was scheduled to be transferred from a local jail to the Ohio Reformatory for Women in Marysville, 150 miles away from her son.

There are 1.5 million children in this country who have lost a parent to jail or prison. The incarceration fever that caught hold in the 1980s and has yet to break (the United States held a record 2 million people behind bars at last count) has left a generation of children in limbo. Many will spend their childhood in foster homes, with aging grandparents or with other relatives or friends. Often -- very often -- they bounce from one short-term caretaker to another.

One boy, now 16, was 9 years old when the police came to his door. They arrested his mother, who used drugs, but left him and his infant brother behind. (He speculates now that they must have thought there was another adult in the house.) For two weeks, he took care of the baby and stayed inside, waiting for his mother to come back. He didn't really know how to change a diaper, but he thinks he did OK. Once, he remembers, he burned himself cooking. Eventually, a neighbor stopped by and called the authorities and he and his brother went into separate foster homes. He didn't see his mother again until he was a teenager.

They may not understand these policies, but they live with their impact every day.

No sooner did the news get out that another child had brought a gun to school than Al Gore and George W. Bush weighed in from the campaign trail. Gore stood up for trigger locks. Bush -- an advocate of more prisons and longer sentences -- proposed mentors for the children of prisoners. If Bush were able to pull them out of a hat, 1.5 million mentors would be nice. But mentors are no substitute for mothers.

The war on drugs has had a particularly devastating impact on women, who have become the fastest growing, though least violent, segment of the prison population. The number of female inmates has tripled since mandatory sentencing laws were enacted in the 1980s, and the increase shows no signs of abating.

About 80 percent of female prisoners are mothers, and most of those are single parents -- the primary source of care for the children they leave behind. Before mandatory sentencing, judges could take children's needs into account when they decided where and how a drug-offending mother paid for her crimes. Now, federal statutes not only disallow such flexibility, they actually make it explicit that the responsibilities of mothering are not "ordinarily relevant" to sentencing decisions.

Incarceration, of course, is not the only thing that takes parents from their children. Drugs can do it, too. The children, in whose name this drug war is being fought, want their mothers off drugs; but not if it means they lose them in the process. Some states and private organizations have recognized this in creating programs that work to get women off drugs and keep, or reunite, them with their children at the same time.

Seventeen states now have community facilities where mothers can do all or part of their time along with their young children, instead of in prisons hundreds of miles away from them. The "Girl Scouts Beyond Bars" program has created troops in several states that meet in the prisons, where inmates and their children can eat, make art and sell cookies together.

These programs, and others like them scattered across the country, affirm something that those who advocate conventional incarceration fail to recognize -- that the parent-child bond, in addition to its private importance to the individuals involved, is a social asset that should be valued and preserved. If 1.5 million children have a parent behind bars, it goes beyond personal tragedy; it's a community concern.

When we incarcerate a drug offender, we do so, at least in theory, not because she is a menace from whom society must be protected at any cost, but because we believe she is caught in a destructive cycle that must be interrupted. But rather than being interrupted, that cycle is being perpetuated into the next generation.

About half of all juvenile hall inmates have a parent who has been incarcerated. The Ohio boy -- who was charged with inducing panic, aggravated menace, carrying a concealed weapon and carrying a firearm in a school zone -- could, if convicted, be behind bars until he turns 21. Not every child who loses a parent to prison will express his hurt as dramatically as he did, but one way or another, they will make their sorrow known.

We say we are a nation that believes in families -- we say it with particular vehemence each election season -- but we're not. What we really believe in is individuals -- as in "individual responsibility"; as in "every man (woman and child) for himself." Mom screwed up? Make her pay, regardless of the effect it may have on her children and the communities in which those children live.

We are able to lock people up in the numbers that we do only so long as we see them as useless, extraneous individuals whom our society simply does not need. But the vast majority of female prisoners are mothers and caretakers; they are needed in the most fundamental way.

When I told the 16-year-old who had lost his mother at age 9 what the boy in Ohio had done and why, he had no comment, only a question: "Did they let him see his mother?"