"A Garden in Lucca" offers many blossoms -- and a few thorns. 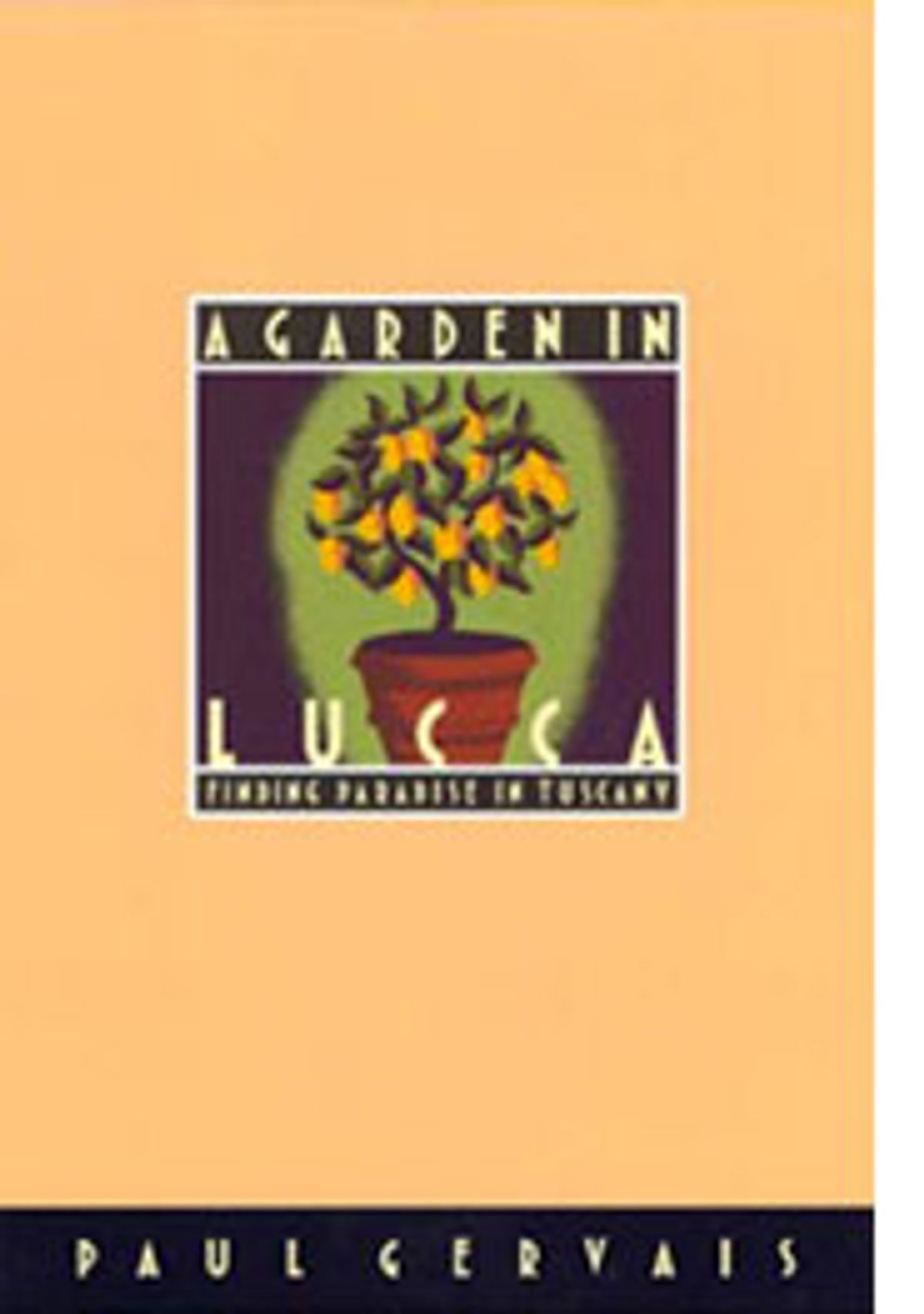 Three categories dominate today's nonfiction bestseller lists: diet books touting a calorie-burning mechanism hitherto unknown to science; books about people confronting natural catastrophes and coming to mostly tragic ends; and books about people who buy tumbledown but charming houses in quaint and colorful regions of southern Europe and, though utterly inept in the ways of wiring, plumbing and plastering, manage to restore them and live happily ever after.

"A Garden in Lucca" is a charming -- though rather specialized -- new entry in this last category, which I think of as the "restoration memoir" genre. In it, novelist Paul Gervais recounts his 18-year struggle to rehabilitate a 16th century house and its garden in northern Italy. Although Gervais' story differs in significant ways from the genre's ur-texts, "A Year in Provence" and "Under the Tuscan Sun," it incorporates many of the classic elements and will provide readers, especially those who like dirt under their fingernails, many of the same pleasures.

In the late '70s Gervais and his companion, identified only as Gil, were living in Point Reyes, Calif., making a living in real estate. Gervais was writing (his novel "Extraordinary People" would appear to critical acclaim in 1991), but he was also facing an unspecified personal crisis. "I would have gone anywhere that November 1979 -- restless days for me," he tells us. In search of R&R, he and Gil visit friends in Lucca and find the sun and the Lucchesi irresistible. When, several years later, they hear of a house for sale, they take a look.

All genre literature includes set pieces: In the restoration memoir these passages include such elements as the first glimpse of the house, the move in, the first harvest. And just as the rules of the romance novel decree that the hero be brooding and remote, restoration memoir convention requires that the house be both beautiful and wildly inappropriate. "That's not quite what I had in mind," Gervais says on first seeing the decrepit Renaissance hunting lodge, with its outbuildings, 60 acres of vineyards and orchards and grotto in the hillside. "I was looking for a house. That thing could put up all the surviving nuns of all the Roman Catholic convents between here and Manila." But he and Gil buy the Villa Massei, of course, complete with wildly overgrown gardens and a colorful resident caretaker, Ugo, and decamp to Lucca.

Their first disappointment comes on moving day. Having come to Lucca for sun and warmth, they find the house frigid and the oil tank empty. (Aficionados of the genre will recall the opening scene of "A Year in Provence," in which Peter Mayle and his wife discover the icy mistral, which freezes their pipes.) They also find that the previous owner, an Englishwoman, has not merely removed the light fixtures and the light switches but also taken the doors off their hinges and would have shipped them to Britain, too, had the movers not balked. In their first act of restoration he, Gil and Ugo rehang a door, and as the "latch bolt clicked, precisely, into place," they -- and we -- know that everything will be all right.

But the problems with the house pale beside the chaos that is the garden. Gum trees strangle cypresses, 111 rosebushes demand to be pruned, stinging nettles stand ready to ambush the unwary. And while Gervais and Gil are experienced building renovators, neither knows a petunia from a penstemon. We're meant to understand that the tangle in the garden mirrors a tangle in Gervais' soul, and its restoration will be a journey toward psychological wholeness. As a friend tells Gervais, the process demands courage, sacrifice and vision. "Otherwise, you'll never have a garden at all; you'll just have plants."

This subtle psychological subtext is both the memoir's strength and its weakness. Where "A Year in Provence" is broadly comical and "Under the Tuscan Sun" is just plain smug, "A Garden in Lucca" is detached and reflective. Gervais doesn't invite us to be amused by the locals, for which he gets high marks, and he is brooding rather than self-congratulatory; but perversely, I found myself longing for more Mayle-style humor and a few more jolly tales. At one point, for instance, a cagey Greek shipping magnate tries to buy Villa Massei and almost scams our heroes; in defter hands this episode might have been hilarious, but Gervais' dry, reportorial tone lets the opportunity slip.

And although his garden adventures are more spirited -- this is clearly a guy who comes to love his Nepeta sibirica and his Veronica incana -- midway through I began to feel there were too many slightly fussy accounts of prunings and replantings and earth movements and trips to other, iconic Italian gardens.

But perhaps my main beef with "A Garden" is its coyness about where the bucks are coming from (a coyness he shares, I hasten to add, with Mayle and Frances Mayes). Granted, Gervais remarks disingenuously at one point that the villa cost "only a fraction of what it would today" (duh!) and gives us a brief account of the pre-move garage sale in Point Reyes, but let's get real. This property includes orchards, handmade floor tiles in the kitchen, an unspecified number of bedrooms. I'm no Realtor, but I do know you'd have to sell a lot of lava lamps and macrami plant holders to cover fare on the red-eye to Rome, let alone pay for title to a hunting lodge in Italy, even in 1982.

This is not as frivolous an objection as it seems. We buy these books partly because we identify with the writer. He or she said "What the hell" and started a new life; maybe we can, too. But if we suspect that the writer is a Trustafarian, or just got a huge divorce settlement, or whatever, the whole emotional calculus changes. Are we talking "Walden" or "Town & Country" here? I think we deserve to know.

Still, questions of bankroll aside, "A Garden in Lucca" has it own understated appeal. The writing is a pleasure: Gervais' soil is a "minestrone of gravel and clay"; his ruinously expensive terra-cotta planters are "like big gingerbread cookies." The unruffled calm of the memoir is soothing: Not only does nothing terrible ever happen in "A Garden," nothing at all happens by the standards of ordinary urban life.

It rains during the harvest, but not enough to damage the grapes. A pompous Englishwoman inspects the premises; her spindly high heels sink into the loam and down she goes. A maze garden appears to Gervais in a dream; he creates it on the terrace, all hedges and crunchy gravel walks and green geometry. A seasoned horticulturist visits and assumes it's the same age as the house.

Finally, and most important, "A Garden in Lucca" conveys values that are, well, inspiring. Most of us live in the squalor born of exhaustion and overwork; we ignore the mold in the shower and the incipient slime in the produce drawer. How lovely, then, to read about people creating order and beauty and meaning from the quotidian routine.