The heroine of Brown's sixth novel is a Huck Finn navigating the Mississippi lowlife in the body of a 17-year-old femme fatale. 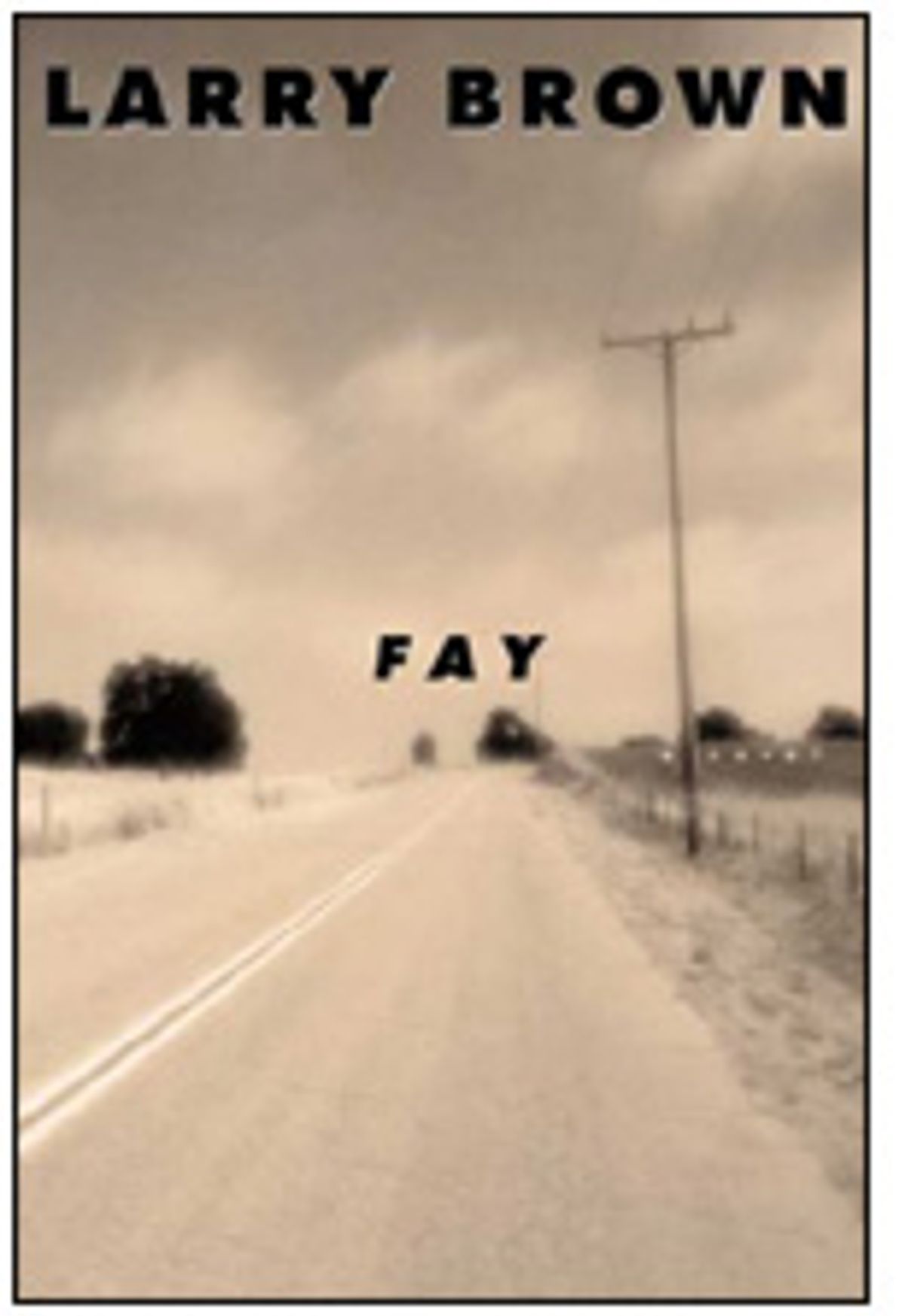 The title character of Larry Brown's sixth novel, "Fay," comes "down out of the hills that were growing black with night" and into focus like a moonlit apparition. She's fleeing a family horror in some backwater near Oxford, Miss. She's headed for Biloxi, more than 250 miles south, on foot. She has $3 and cigarettes in her bra.

Fay, who's sharper than Candide but knows even less, has never seen a seat belt, a pay phone, a movie, an oyster or that "crazy rabbit hopping around with a black duck with a ring around his neck" on television. She doesn't know that there was a Civil War, that minors can't buy beer or what "strip club" and "appraised" mean. She's 17.

Her second day on the highway, she's picked up by a middle-aged state trooper named Sam, who takes her home to his lonely wife. Their own daughter had died five years earlier, and Fay distracts them from their stalled, alcoholic marriage. After a few months of happiness, two people are dead, and Fay, pregnant with Sam's baby, is on the lam. Thus ends Fay's brief respite from tribulation. In the novel's second half, she drifts down Highway 55 and into a thuggy milieu by the Gulf of Mexico.

Larry Brown, who was a fireman in Oxford before he turned to writing, heaps Gothic woe onto his most sympathetic characters, Fay and Sam: first-sex pregnancy, car crashes, gunfights, rapes and fires. We learn in terse flashback that one of Fay's brothers was killed and another was traded for a car.

Perhaps because the bodies pile up around her, the book jacket calls Fay a femme fatale. She is tan and long legged and a natural at sex -- good men and bad want to keep her for their own. Every reader should picture his or her own mythical beauty; I see Laura Dern, circa 1987, wearing Egyptian-goddess eyeliner and bathed in a golden light.

"Fay" messes with the conventions of femme fatality, though. The male characters see either an exotic animal or a death-dealing enthraller, but we see most often through Fay's eyes. She never goes looking for the trouble that finds her, so she's more the trapped noir hero than the ol' vagina dentata. All she wants is to eat and sleep and fuck and take care of her man.

Brown doesn't condescend to his fifth-grade-educated heroine: She survives her descent to lowlife hell with the shrewd resourcefulness of a Huck Finn. Nor does he cheat by having her pontificate beyond her intellectual horizons: When Fay meets a man who may protect her, Brown tells us, "If she had known the word grace she would have said that word to describe his walk."

Charlie Parker, when asked why he liked country music, answered, "Listen to the stories." Like the best country music, "Fay" is a violent, heartbreaking tale that you don't realize is also a black comedy until it's over. It comes real close to camp but never tips over the line. Brown is ironic toward his characters (not with them), but he keeps us in the story with strong, simple prose that makes it all look easy.

Like the best country music, the meaning and the poetry in "Fay" come not from characters "processing their issues" but straight from the events and the world they happen in. When Fay's fortunes turn, the Mississippi night becomes a Greek chorus by way of Hank Williams: A whippoorwill cries, "and the moon hid its face for good."