Are we not divas?

Guys -- at least straight guys -- can't be divas. They don't have the right shoes. 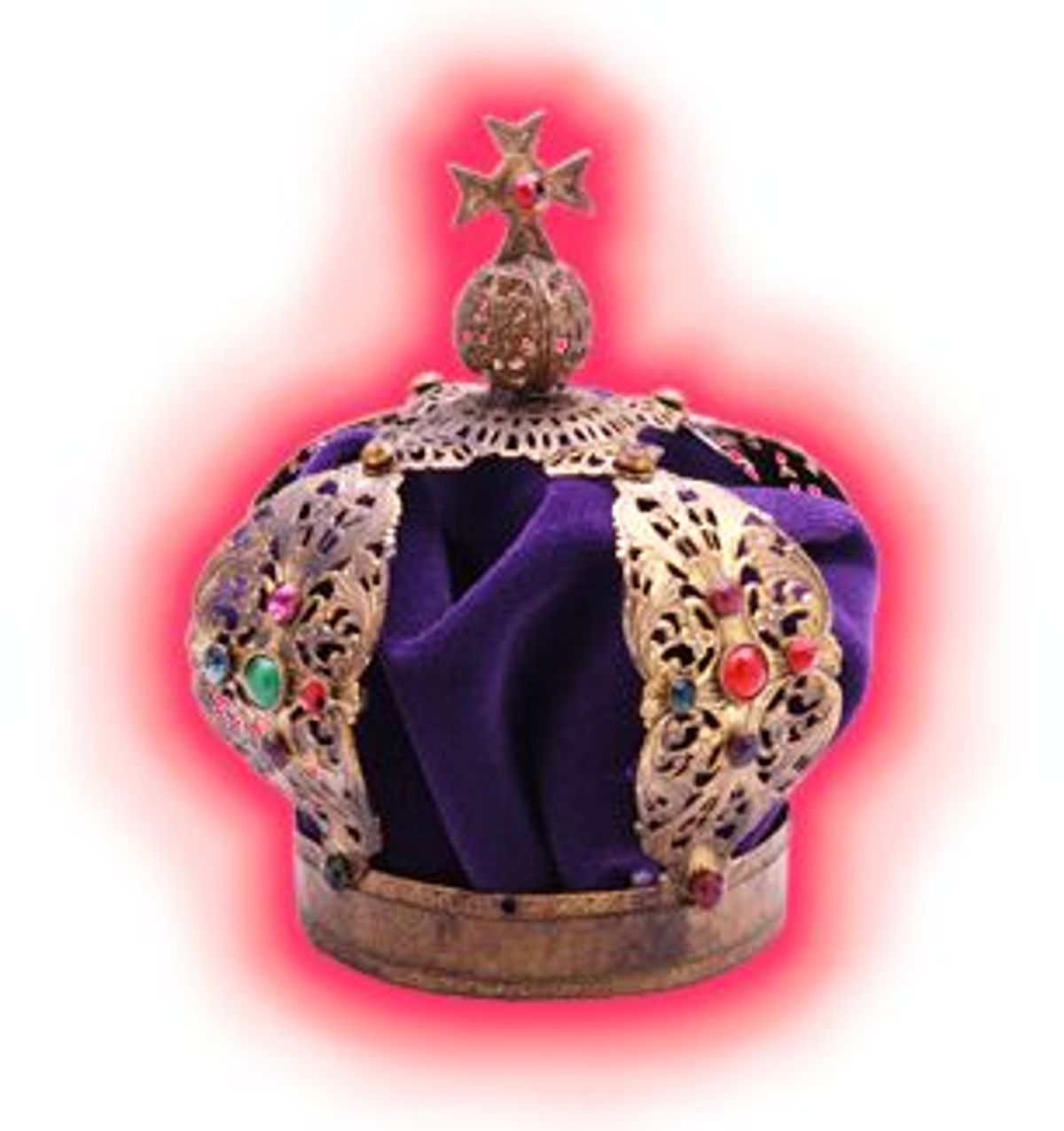 The bitch is back.

Once again, VH1 has gathered together for one concert a handful of the most "demanding, dramatic and often outrageous" singers ever to share -- or monopolize -- center stage.

This time the high-concept series has stooped to new lows. Milking the cash cow to its last drop, VH1 has pulled a desperate gender-bending stunt. It has organized a "Men Strike Back" concert to air on April 18, starring the Backstreet Boys, D'Angelo, Enrique Iglesias, Tom Jones and Sting. It's billing it as "the revenge of the male divas."

My guess is that the music channel that I trust (well, watch) has conveniently glossed over the heart and soul, not to mention the R&B, of the diva essence in order to grease its moneymaking machine. True, the concert proceeds go to charity, an educational fund called "Save the Music," but that doesn't excuse VH1's show of disrespect for divas around the world. Save the music, they say. Save the diva, I say.

But before I let any more accusations fly, it may be time to explore the meaning -- the essence -- of diva. The word and its implications have evolved dramatically since its first use in Vincenzo Bellini's 1831 opera, "Norma," when it referred to a female opera singer of great fame and acclaim. It has evolved further since 1982, the year that French filmmaker Jean-Jacques Beineix created a thriller by the same name.

Yet another spin will come with the release of an American remake of Beineix's "Diva" produced by Will Smith and Whitney Houston. Houston, not Smith, takes the title role, playing an R&B diva.

Could Smith play the diva? Can the concept be bent and stretched to include men? Last week I broached the subject with Antonio, my hairstylist, who is one of New York's great authorities on Madonna, opera and, it turns out, divas.

He shared a few essential rules: Divas are royalty, and they are queens, not kings. Divas play hide-and-seek with their hair. (Think Siniad O'Connor. Think Houston.) And, on a more general note: Forget everything you've been taught about hair. It's not about the cut anymore; it's all about the styling.

Do the VH1 women meet Antonio's criteria? Well, hair definitely matters: Straightened or bent, teased or tamed, the hair has style of its own. But hair is just the beginning. Cleavage counts. Legs, too. And shoes are core -- crucial to the point where it's not clear if the heels are being used to show off the legs or the legs are being used to show off the heels. In either case, the diva stands as the supreme sexual object, one all the more powerful for being an object of her own design.

Celebrity is another must-have diva accessory. A diva is famous for being famous, with the ultimate test being the use of one name. A diva should be recognizable by first or last name alone, as Callas was in her heyday. Today Barbra, Cher, Madonna and Queen Latifah are just a few of the chosen who inhabit their names to the point that nobody else can have them. (Would you want to name your daughter Cher?)

Another thing these women have is attitude -- a brand of selfishness bordering on lawlessless, perhaps evidence of Antonio's royalty requirement. "Divas rule," says the VH1 ad. And they make the rules. When Ross was frisked by a security guard at London's Heathrow Airport last year, she frisked him back. ("How do you like having your breast touched?" she snapped, before being carted off to jail.) And in a more recent airport scene, Houston was detained by security at Kona International Airport in Hawaii for carrying marijuana.

A diva is the opposite of a backup singer. If she happens to be in a band, she becomes the band. Ross was never a Supreme; she was, and is, Miss Supreme. Estefan is no mere cog in the Miami Sound Machine; she is the engine, the vehicle and the fuel.

And last, VH1 standards suggest that age places the final diamond in the diva tiara. Divas have pasts. Divas are strong. Divas are huge, huge presences. (Divas in any other day and age would actually be fat; today, of course, the heavyweights tend to wear a size 6.) And, most important, divas have survived the tests of age. Turner, Cher and Ross have collectively survived a handful of rocky marriages, just as many slides toward poverty and, by my completely subjective count, 18 avalanches in popularity (15 belonging to Cher).

So how do the men chosen by VH1 compare? To be blunt, not so well. D'Angelo has the body. The Backstreet Boys have the blind adulation of fans. Sting has the singular name. And Tom Jones has the age and real career longevity, complete with dark years of playing Vegas. But none of them has anything like the roller-coaster private and public lives of Cher, Ross, Turner and Houston. Could it simply be that the so-called male divas -- Sting and Jones included -- have had it too easy?

For women on the diva track, there are obstacles every step of the way. If it's not the husband, it's the manager, or, in the worst-case scenario, it's the husband-manager. Carey discovered her own voice and the pleasures of riding bareback through videos only after splitting with husband-manager Tommy Mottola. Cher came into her own only after leaving Sonny Bono, who controlled, among other things, 100 percent of the revenues from the "Sonny and Cher" variety show. And, most notorious, Tina went one-on-one with Ike Turner and lived to tell. To borrow the immortal words of Barbra Streisand and Donna Summer in the best door-slamming routine of the '70s, and perhaps of all time, "Enough is enough is enough."

I would go so far as to argue that this declaration of independence represents the essence of divahood. It's not the Manolo Blahniks offstage or the python pants onstage that matter: The essence of diva is the catfighting, I-will-survive spirit behind the animal prints.

That's why it's such a tricky feat for a man to walk the walk. He can belt out the songs and do tricks with his hips. He can get arrested at airports. He can wear all the python he desires. But will his songs be heard as a declaration of physical or fiscal independence?

It's a long shot, to say the least -- unless he's gay. Surely the fact that women and gay men both face greater odds for making it big, or making it on their own terms, works to their advantage here. As long as gay men have leg to show, and bias to face, they have a head start in attaining diva status; they have a chance of becoming comeback queens.

When it comes down to it, I can think of very few men who should be allowed to touch this song: David Bowie, Michael Jackson, Mick Jagger, Elton John (who, to VH1's credit, joined Turner for a diva cameo role last year), Prince, Ricky Martin, RuPaul.

I know that this list, which includes some officially straight men, is also debatable. But at least it gives credit to the men who really work hard for the money. There are male divas out there, somewhere. But they aren't headlining on VH1.