"The Requiem Shark" by Nicholas Griffin

Pillage and murder at sea: There really was a Black Bart, and he really did capture 400 ships in four years. 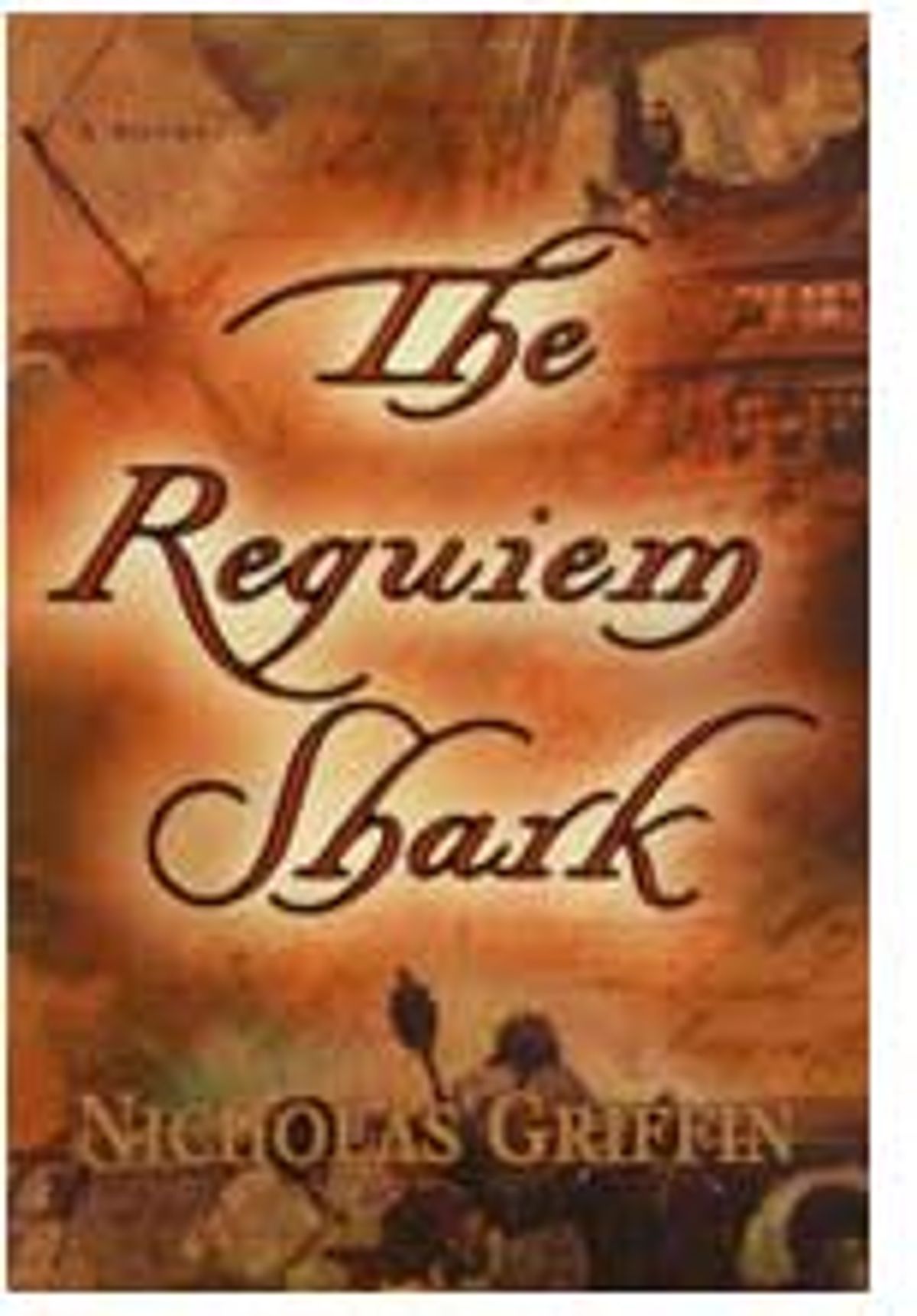 It was in high school that I was introduced to something called historical fiction. Its intention was to tell about actual people in history, but since the reality of our lives rarely fulfills the demands of a good story, it was necessary, we learned, to embellish the facts. That's the word they used: "embellish." They also made certain that we understood the difference between what appeared to be true and what actually happened.

So it was with some relief, in this age of embellished reportage masquerading as confession and memoir, that I read the words "A Novel" underneath the title "The Requiem Shark." Nicholas Griffin's book is no confession or memoir. It's historical and it's fiction. It's about real pirates, the kind who sailed the Atlantic Ocean 300 years ago between Europe, Africa and the Americas and robbed merchant ships of their gold, sundries and even slaves.

There was a real pirate captain named Bartholomew Roberts, better known as Black Bart, who captured about 400 ships in four years. There were also a William Williams and a doctor named Scudamore, and all three sailed together on a ship called the Fortune. That's where the facts end, and thereafter Griffin does what you're supposed to do with fiction: He uses his imagination. He makes Williams a scribe and has him penning Black Bart's biography as they sail, so that the world might know their version of events after they've met their inevitable end. They take off in search of a monster ship carrying untold treasures, and as Williams recounts their adventures, we find out what this pirate business really means.

The book is being touted as an authentic depiction of maritime outlaw life in the early 18th century, the golden age of piracy, but that description is as embellished as the plot itself. The project started when the 28-year-old Griffin discovered, while doing genealogical research on his family, that one of his ancestors was a pirate. Intrigued, he decided to write a book. In order to learn about life on the water, he signed up as a seaman on a replica sailing ship in the Caribbean. Then he studied the history books, including an old slang dictionary, to learn how the sailors spoke.

They didn't say things like "Shiver me timbers!" and "Avast, ye swabs!" but they apparently did use phrases like "gut foundered" (exceedingly hungry) and "sporting blubber" (for a large woman exposing her breasts). You can thumb through the glossary to find out on your own what "box one's Jesuit" meant.

These and many more details make it all seem real. The sailors really could have washed their clothes in piss, or "chamber lye," when they ran low on water. A bored missionary might very well have combined tales from the Bible with Greek mythology and taught a freed slave that Jesus killed the Cyclops. There could have been a ship with eight noblewomen as passengers, to whom the pirates fed a cathartic to retrieve diamonds the ladies had hidden where no gentleman would search. And there probably really was about as much casual killing, mutilation and destruction as the pages depict.

I bought all the details. I bought them so completely, in fact, that I started paying too much attention to them; I began to imagine the author ticking off his notes with a sharp check mark as he used each one. But that might have been due only to first-time jitters: This is Griffin's debut novel. He has promise, though, and his next effort, which is to be set among the anatomy doctors and body snatchers of 18th century England, is something his publicists are already plugging. He may not have to embellish many facts for that one.

Steve McQuiddy is the editorial director of Intangible Publications, a nonprofit arts and humanities Web site.